Another day working on the chicken stuff

I opened the door to the run this morning but the chicks must of forgot about yesterday as they didn’t just run out.

But eventually they went out and it didn’t take them long to get into the grasses. 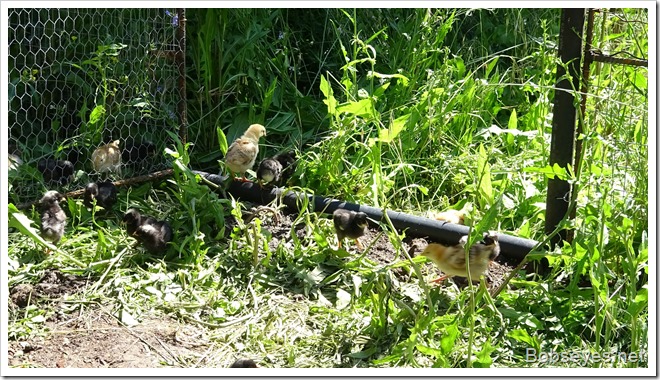 We’ve been trying to figure out the problem

Marty was coming by with his van he’s been having a weird problem with it and he showed up just after 11. 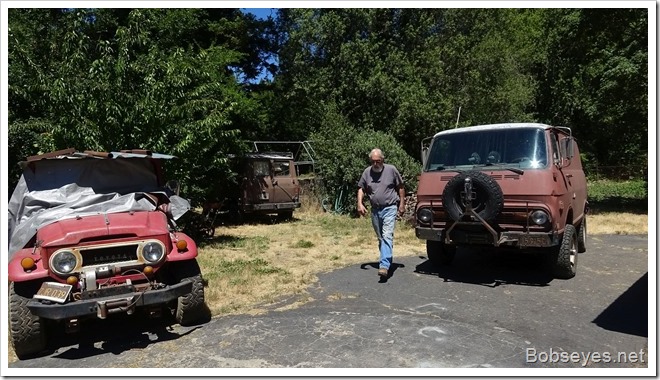 His distributor parts hadn’t arrived yet. He was going to put my old six cylinder computer programing chip into  his computer to see if there was any difference. That meant he had to unplug his computer and remove his chip and put mine in and plug the computer back in which he did.

He took it down the road for a test run.

I worked on another roost for another pen and got  most of the stuff up when he came back.

When he returned he said at  first it seemed to work, but later it did the same old thing, missed and loaded up when he punched it at high speed.

So we shot the bull for a bit and then he went on home. Later I got an email saying he barely made it home as the problem had gotten worse. I’m thinking maybe the problem lies somewhere in the area he was working, but right now he’s waiting for parts and decided to go to his cabin and forget about it for now. It’s been a trying problem.

Back to working on the roost

I continued to work on the roost.

Here’s the second roost I built out of small redwood trees. It will need some kind of ladder for them to get up to it. It’s not for the small birds until they get larger. 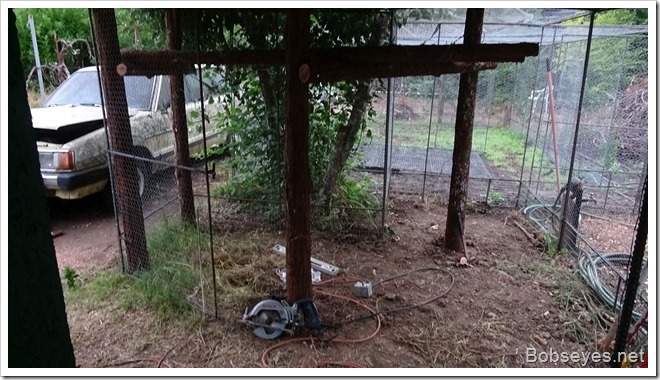 I went in the house and was staking a nap when the phone rang. It was my brother Tom who said he needed some help as he had a blowout on his old truck as he was headed home with a heavy load and needed a floor jack and some other stuff to get the spare out from under the truck which he is doing here. 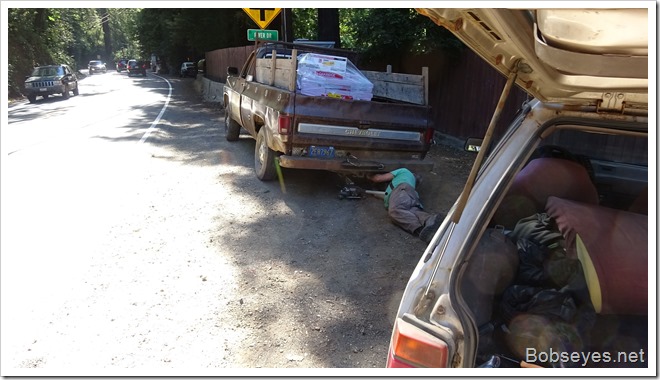 Of course as he pulled the spare down he thought it might be low on air and the only way we had to test it was to put it on and put some weight on it. It didn’t hold any weight at all, so he took the tire off and I drove back home to air it up. It had almost zero air in it so I aired it up and returned with it and he put it on and I followed him home and all worked ok.

When I got back home I checked on the chicks. They were in the coop taking a nap. Seems all the playing around tires them out. I threw some mustard weeds in the pen and they all came out to fight over them. 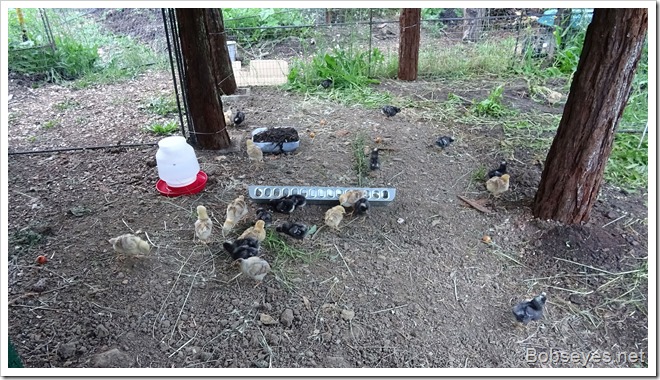 I finished up what I wanted to do on the roost for now. 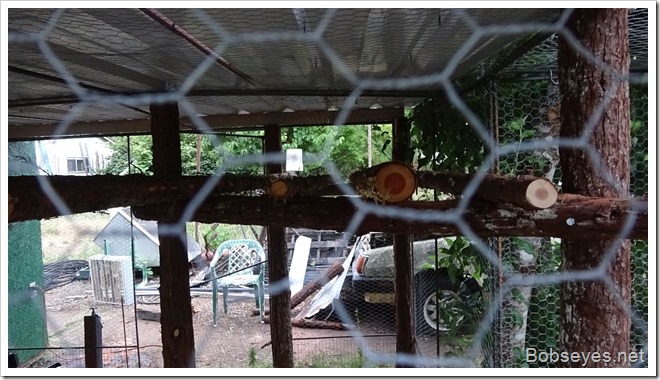 And I harvested some potatoes for dinner tonight and maybe another  meal or two. 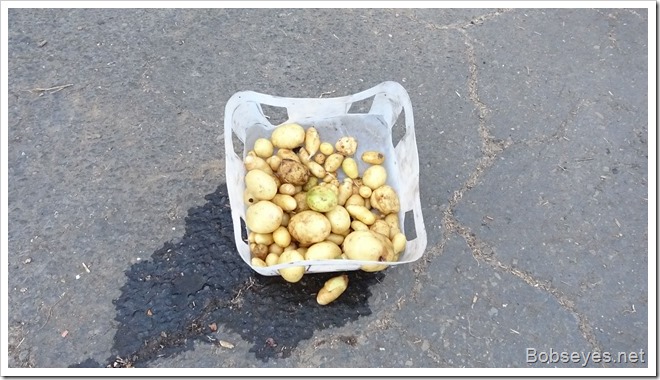 Chicks in for the night 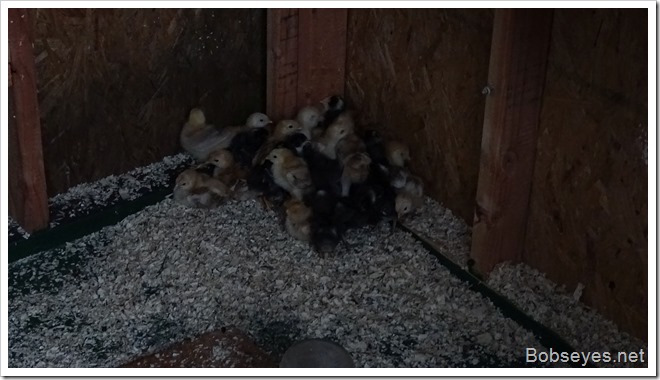 I went in just before dark and that was my day. Another nice one.