Yesterday I thought it would be a good idea to dig up the chicken pen dirt. Doing this sorta freshens it up and gives the chickens a good place to have a dust bath.

Digging up the pen

So today I did the young birds pen first. The dirt clods will get broken up by the chickens and smoothed out by them too as they dig and scratch. 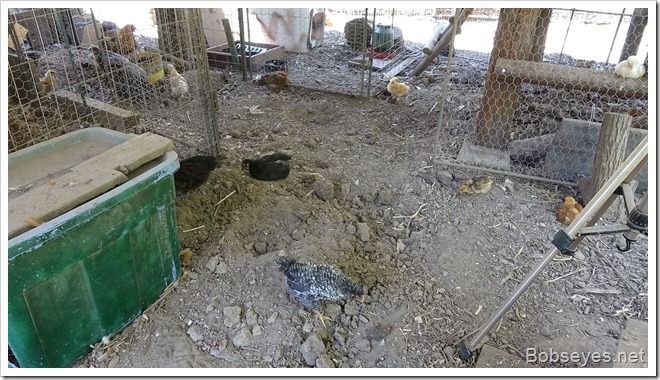 The adult bird pen was next. I had to chase the chickens out to get started. 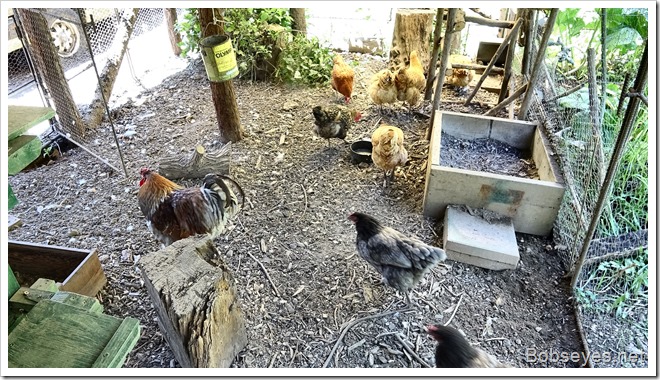 The dirt was pretty soft so it didn’t take long to dig that one up too. 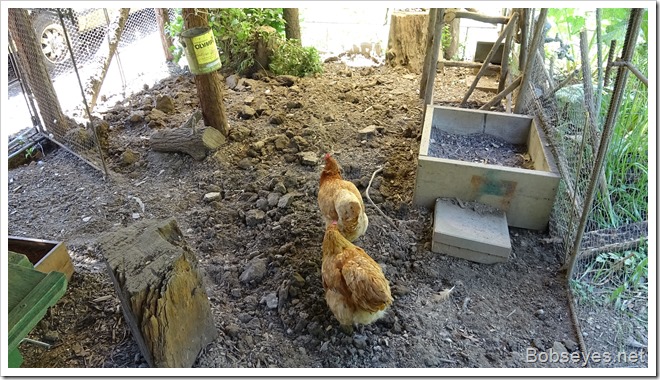 After a good break and some chair hopping I was looking at the raspberry patch berry plants and noticed a bunch of them were turning yellow. That’s because they were done producing berries and needed to cut down.

This is the raspberry patch. 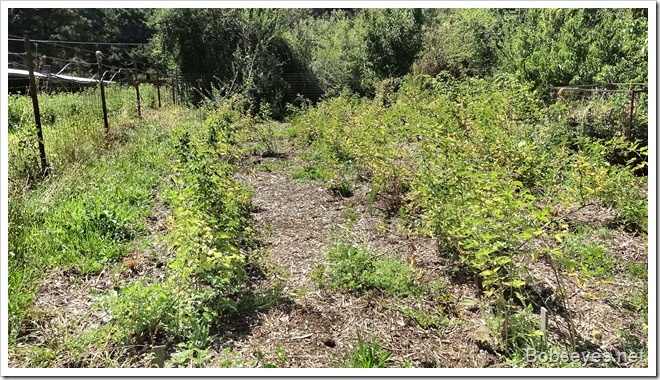 Note the yellowed spent bushes that need to be cut out. 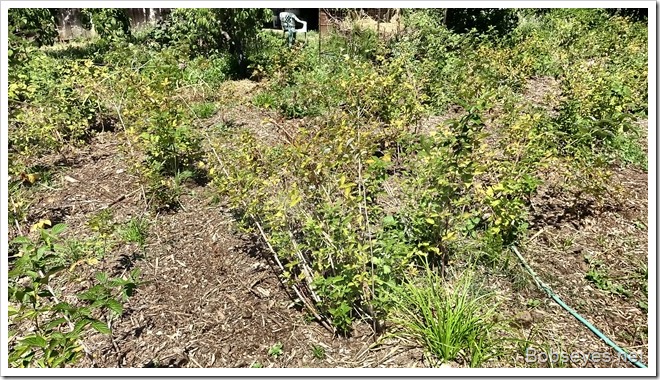 I worked on the patch and got most of the old berry canes cut down and now just needed to be picked up. 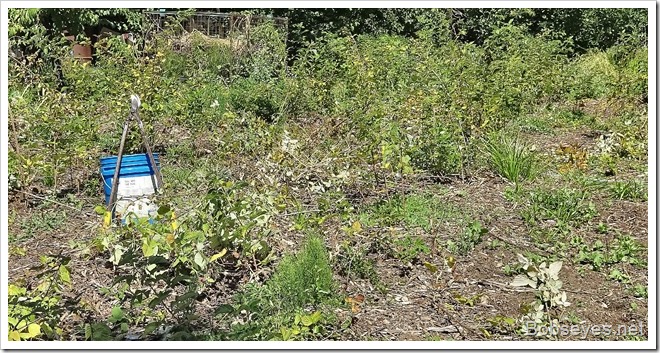 I picked up some of the berry canes but not all and left some to pick up tomorrow, maybe.

The rest of the day I spent chair hopping and puttering around the yard.

When the peeps get full of food they hang around like this. 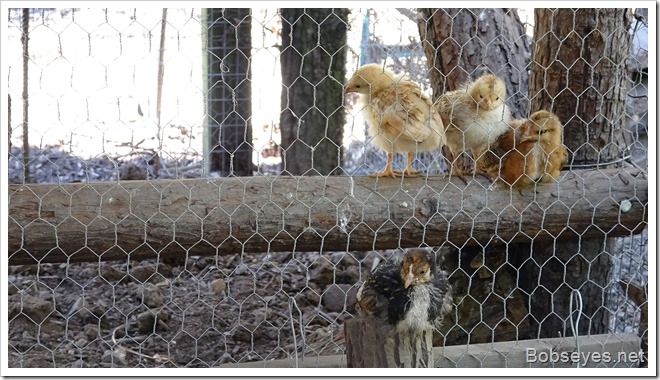 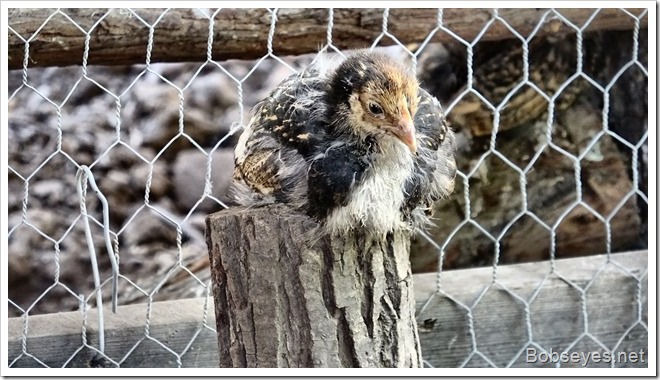 And a couple more little guys resting after spending most of the day eating and getting into mischief. 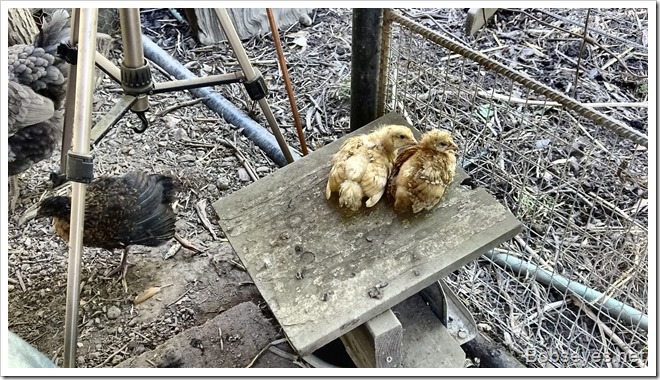 I puttered around the chicken coup most of the day doing little clean up things that needed done.

Feeding back the eggs

I had some extra eggs that were getting old so I boiled them up and smashed them up and added them to some barley bran and fed that to the chickens. They sure like to eat their own eggs. It works out ok as the more protein you feed them the more eggs they lay so it all works out in the end.