Chicken Panels and Doors, Gardening and a Chicken Water Jug

Patsy tells me there’s something going on with her sign in name in comments. I haven’t done anything but I think it has something to do with the new EU privacy policy thing that they are trying to get ironed out. I hear other bloggers saying something to that effect.

Getting started is slow in the morning

Once I got started today I attached all the wire to these two side panels and then drug them over to where they are used by the green coop back there. 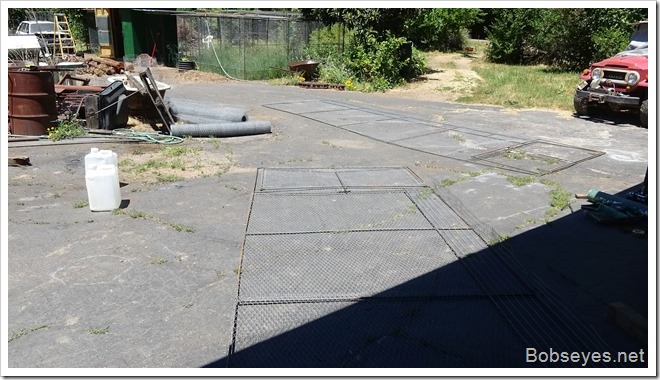 I installed the two side panels and the pen is starting to shape up. 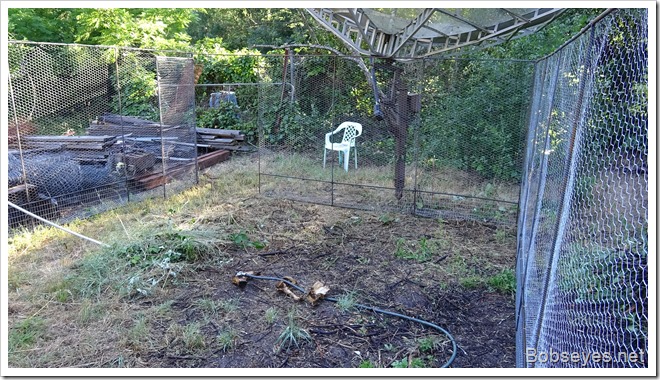 After that I worked on clearing out the overgrown brush under that plum tree. The plum tree isn’t a good one and is falling over so I’m going to cut it up for firewood but I didn’t get to that today except for clearing out some of the brush, blackberry vines and ivy. 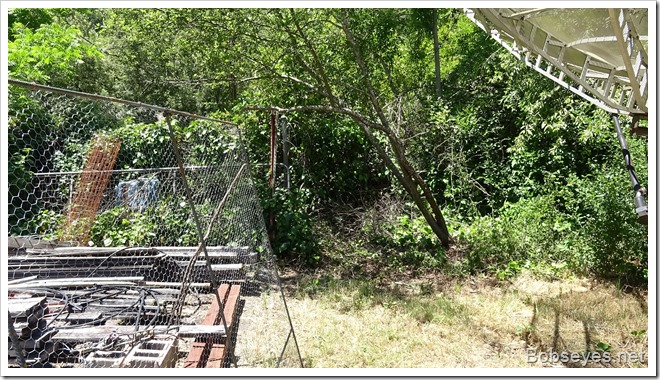 After a good break I watered down this fence as I need to bury the bottom part which is the anti critter digger part. I dig under the fence then bend the bottom wire down into the ground and then bury it. Watering down the ground first makes digging real easy. I’m burying it from this side as the apple tree makes it hard to do from that side which is the outside. 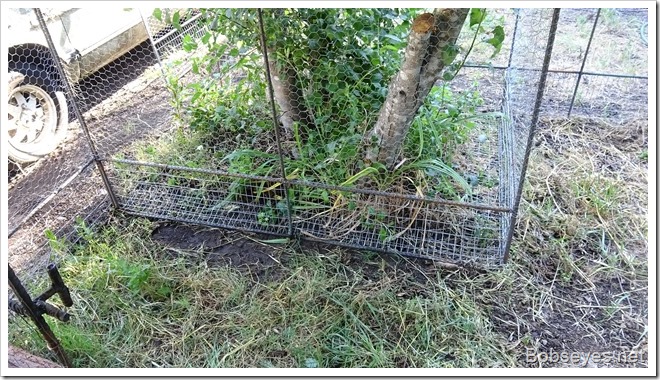 I dug part of it up and have bent the wire down and am putting the dirt back in the ditch. 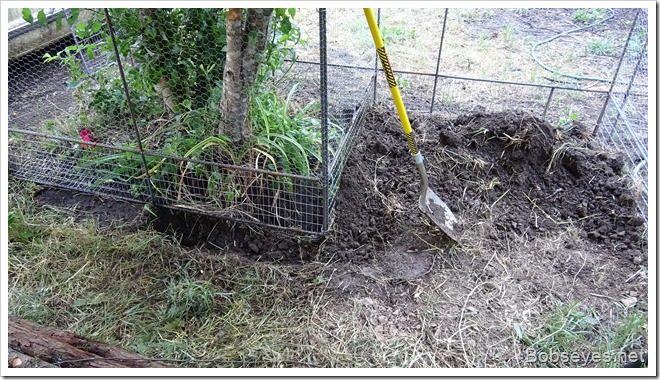 I noticed the fence was sagging a bit at the corner so I put this lever under it to pick up the fence a bit then packed in the dirt to keep it there. 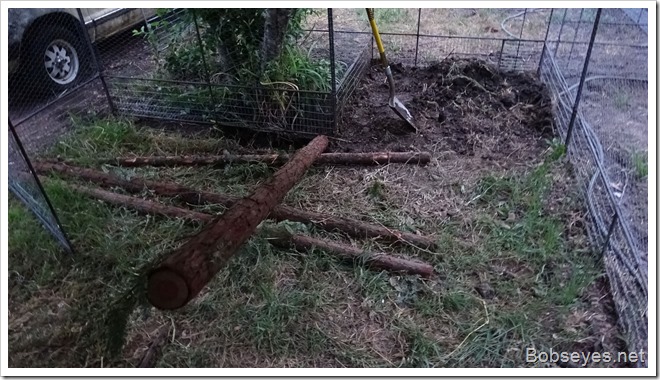 I’ve been thinking about a watering device for the chickens and I thought this old jug might make an acceptable one. I drew on it and cut it out, removing the middle section. 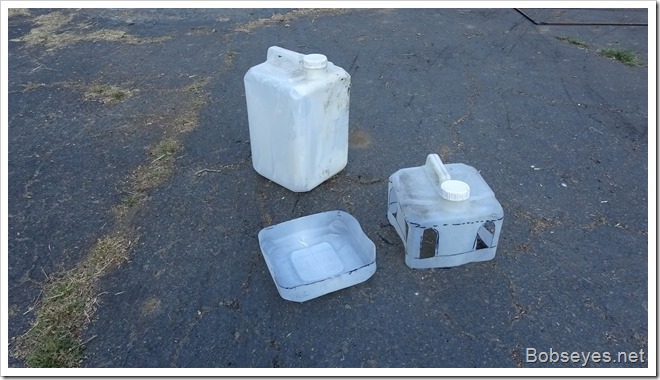 Here’s the finished product. My holes might be too big for the new little peeps, but my brother Tom says he has something for the little peeps as far as water goes anyway. 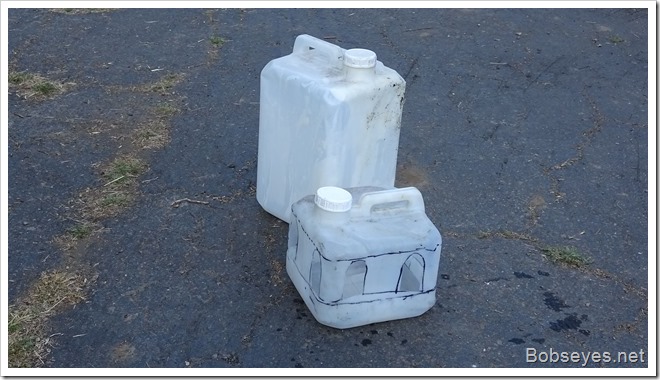 I just couldn’t get into putting the wire on this last side panel so it will keep until tomorrow. 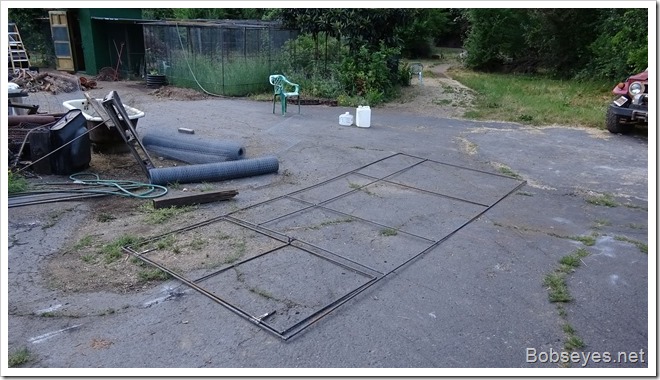 Instead I transplanted these zucchini plants to their new homes on the mounds. 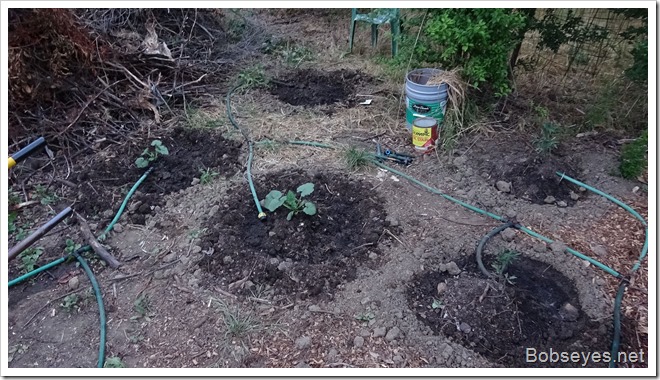 I also put the wire on these two little chicken doors I’m making. 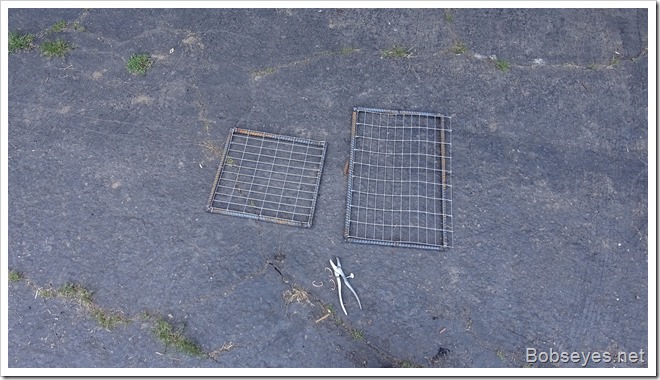 I got one of them installed. They are so the chickens can go into other pens when I want them to. Mainly I need to keep them out long enough to get things growing enough so they can’t destroy the plants too fast eating them. 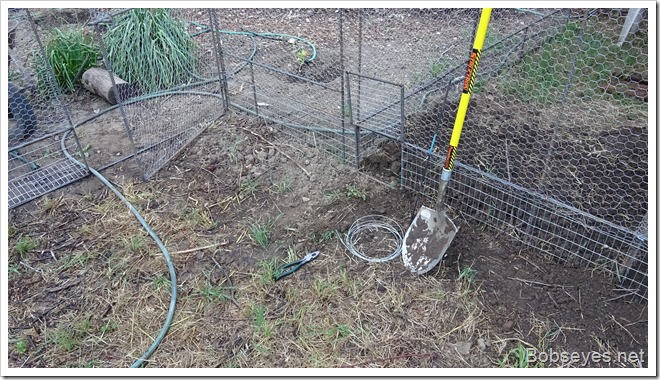 I also did some thinking on some planning for some water pipes as right now I have hoses running all over the place so I need to bury some new water lines. I like lots of faucets.

That pretty much wrapped it up for me today. Nice day.