This morning after feeding the chickens I was sitting in the young one’s pen when I noticed Fluffy the last hen to hatch out chicks was lethargic not moving around much. I watched her a bit and noticed a lot of little bugs on her back. Chicken mites I suspected from some previous reading I’d done.

What to do? I don’t like using harsh chemicals so I thought a soup bath might help out. Now I had to find something to give a chicken a bath in and I wasn’t having much luck when I realized this feed pale would work out well for a chicken so I emptied the feed and filled the pale up with soap and water. 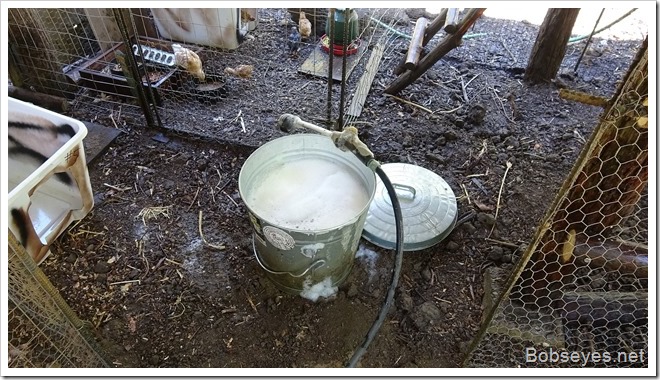 I soaked Fluffy first and she didn’t look good at all. She was real light when I picked her up so the mites really had her down.

I also gave the other black hen a bath that was in the same pen with her own chicks. She faired a bit better and was much livelier than Fluffy during the bath and after. She didn’t have so many mites sucking her down.

The bath gets them real wet and they needed to dry out, the hens I mean not the bugs as the bath kills most of them, she was able to dry herself out.

Here’s the black hen that did ok with the bath. 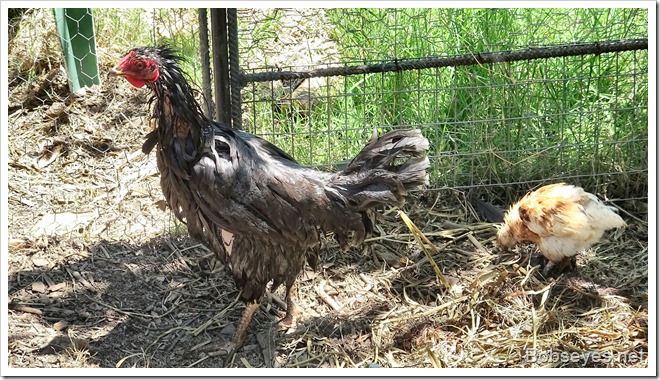 And poor Fluffy wasn’t doing well at all. She seemed to be cold. I should of used warmer water as it may have helped as she needed to be warmed up. I put her out in the sun to hopefully recover by warming up. 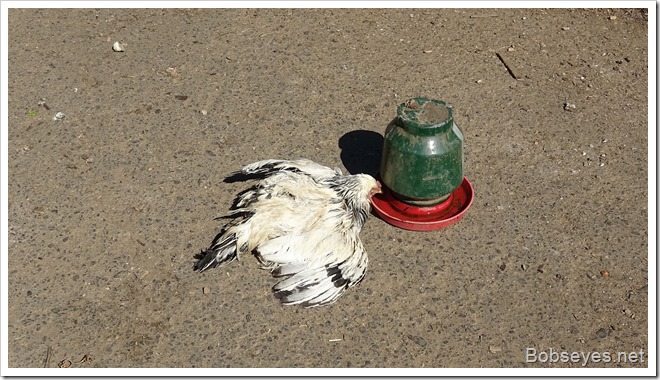 I needed to check our water tanks to see how much water they had in them as we were using a lot of it so I hopped on the motor bike and rode on up to them in the hills. 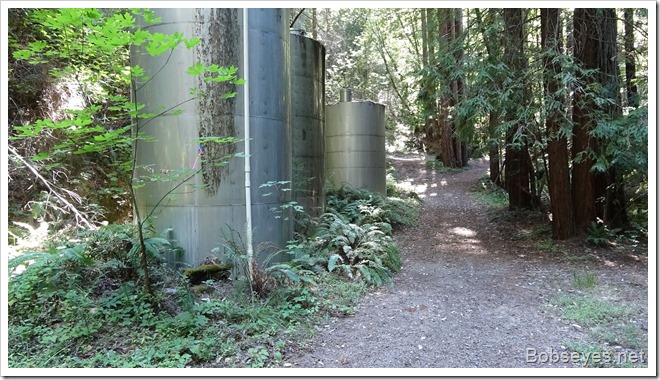 The pink ribbon shows the water level as it is on a flout pulley and shows the tanks are down about 6 feet from the top which is pretty good for this time of day. They’ll fill up some more during the night. 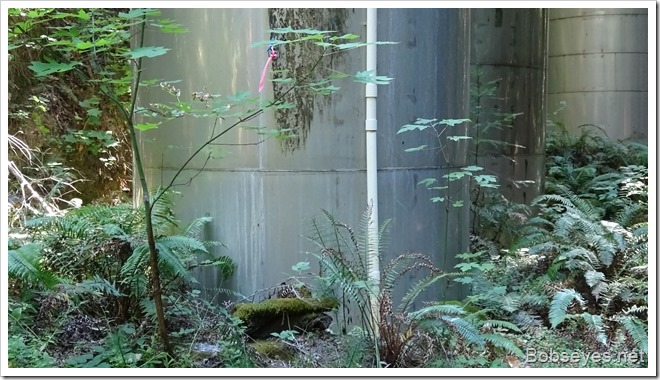 As long as I was on the dirt bike I rode on up into the hills to check another spring going up this road. 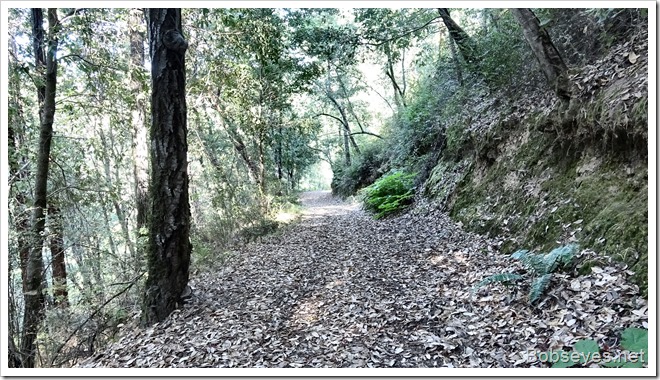 I stopped at this spring and measured the springs output water flow. 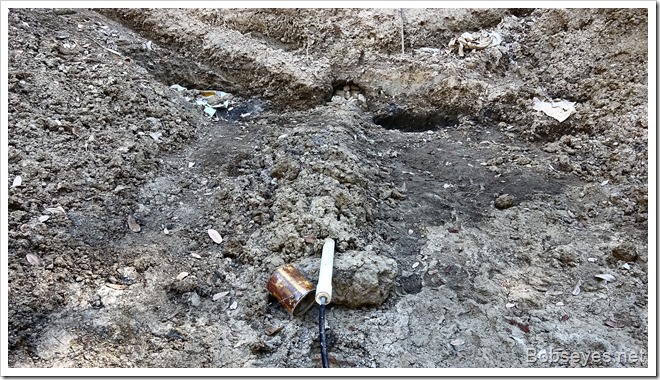 I fill the gallon can and time it to measure how much water the spring is putting out. Just under 2 gallons a minute, not bad for this spring. Excellent water too. 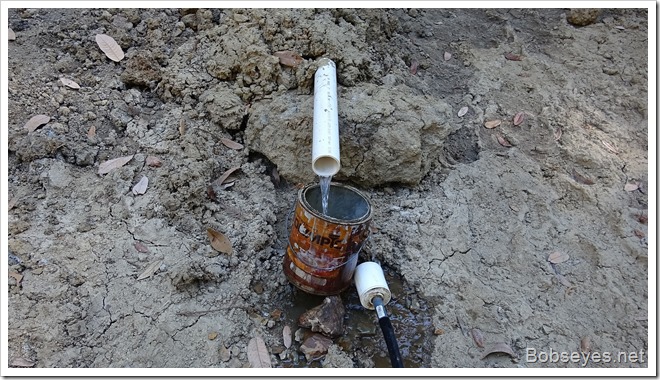 After that I continued riding up to the ridge top and stopped here to check out the Guerneville view. 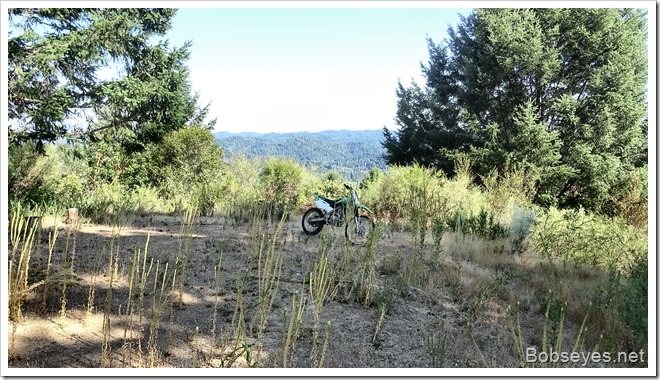 Looking over the side of the ridge top down at the little town of Guerneville. Fairly clear today. 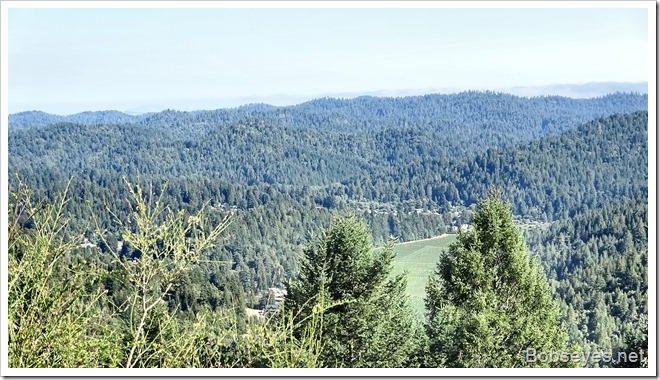 I continued my ride going around the hill on this road. 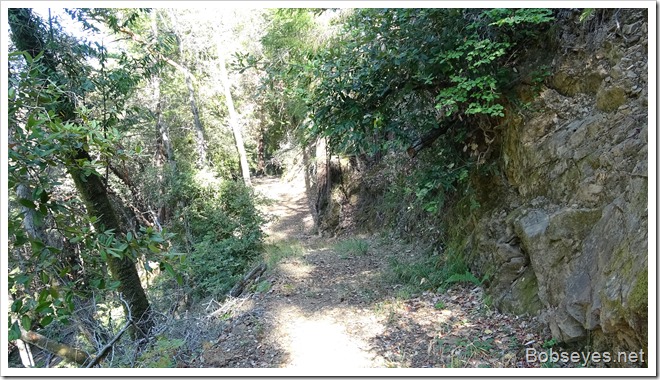 Riding to this spot I call Lost Ridge and did a U turn around and rode on up the road in back of me. 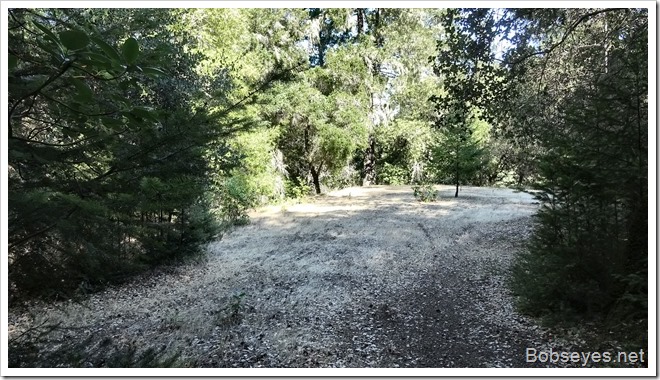 I stopped at my brother’s garden for some strawberries. His garden is growing well and the strawberries were good. Yummy. 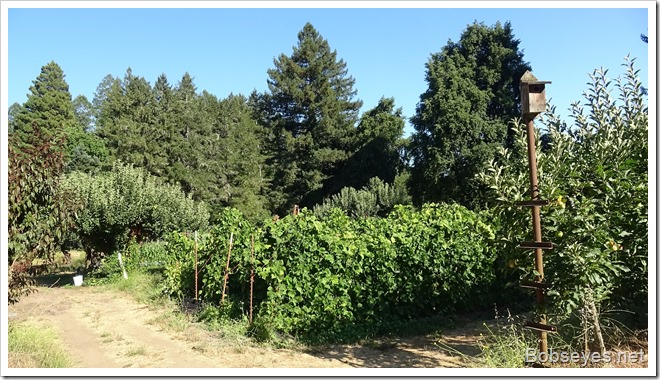 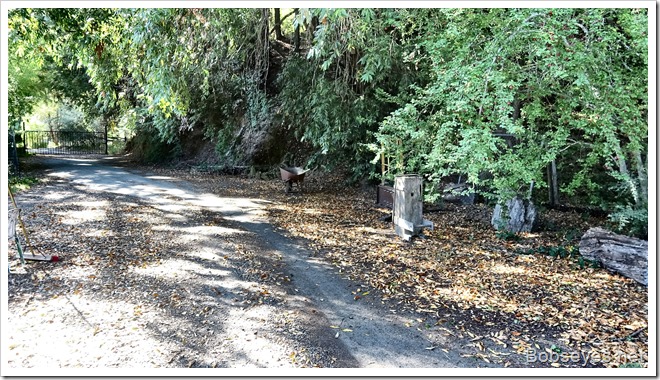 I loaded up the wheelbarrow and hauled the leaves across the yard to the berry patch. 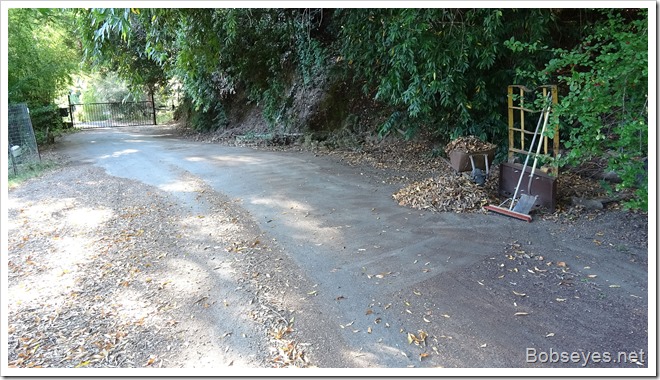 I also hauled some woodchips to the berry patch. 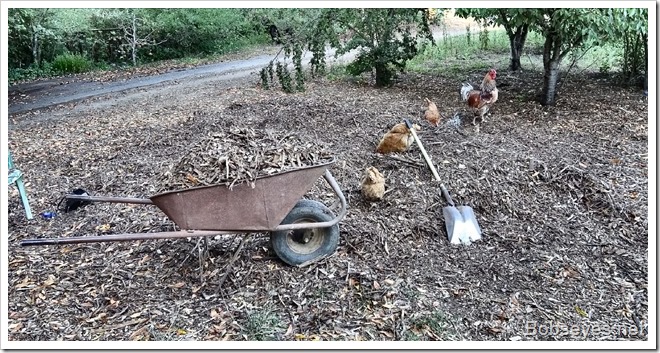 I dumped the wheelbarrow in the raspberry patch and spread things out a bit. I’d planned to try and haul 6 loads before dark and made 7 before I quit for the day. It needs a bunch more mulch so I’ll keep at it in the next several days. 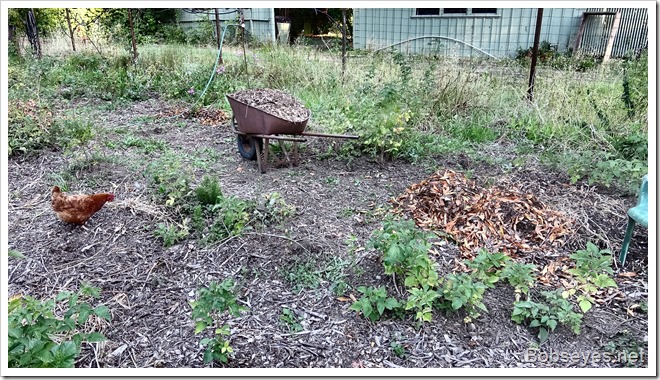 I checked to see how Fluffy was doing throughout the day and kept her in the warm sun and she slowly started to recover so that at least she was standing by the time the sun went down so I put her in a a new nest box and I’ll see how she’s doing tomorrow.

After the 7th load  of mulch I stopped for the day and chair hopped and enjoyed the last of the day until it started to cool down.