I needed to find my brother’s helper this morning to ask him some questions about his bee hives so I went over to  my brother’s garden. looking for him.

I looked in this garden first but he wasn’t there. His cover crop of mustard is about six feet high. 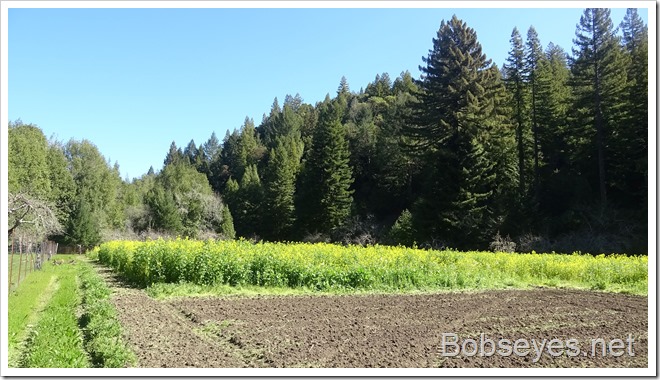 So I walked on over to his other garden and found Steve planting potatoes so I got the bee hive information  I wanted. 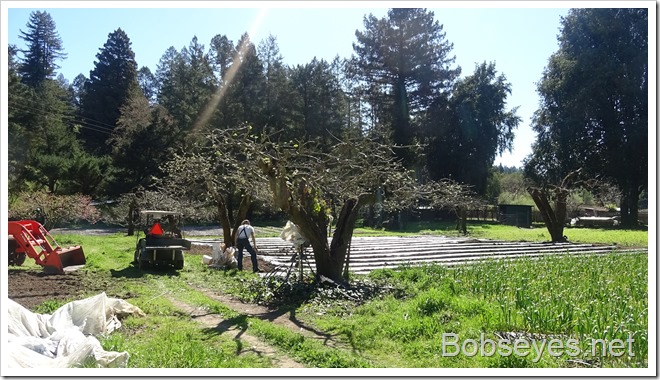 So I went back to my house and looked up what I wanted for his hive and didn’t like what I found out. They wanted 81 dollars for the part and 94 dollars to ship it. There was no reason for the shipping to be that high so I’ll have to do some more research and see if I can find the part some where else.

Next I needed to get some more chicken feed and then go help my older brother Mike replace his old swimming pool pump that had gone bad.

So I drove on over to the feed store and they loaded up my car with the stuff I feed my chickens, oats, barley, milo, millet and black oil sun flower seeds. I had a car load.

Then on the way to my brother’s I stopped at a new grocery store and bought two heads of cabbage. The new store had a deal and I got two heads for a 1.98 total.

It was on to Healdsburg where Mike lives to fix his pump problem. Mike’s just starting to get Parkinson’s so has some trouble messing with this stuff anymore. 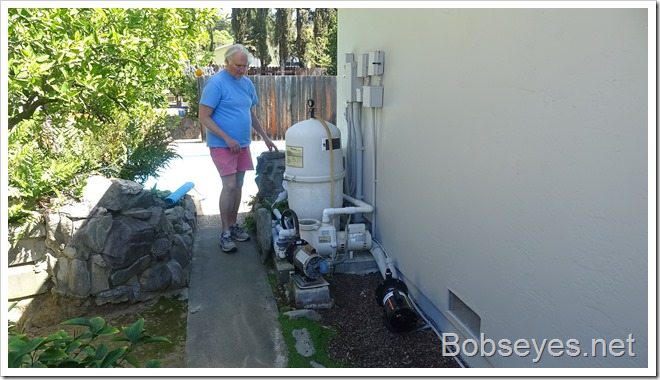 We had to replace the old pump on the left with the new pump on the right. Things were going good until one of his plastic hose fittings cracked from age when I tried to get it off the pump hose. 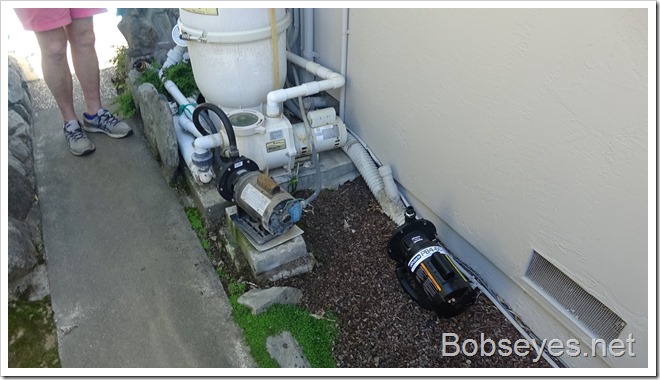 Fortunately we were able to use an old  hose end in it’s place and get the pump replaced. We got it all back together and turned it on to test it and it looked ok as far as leaks. 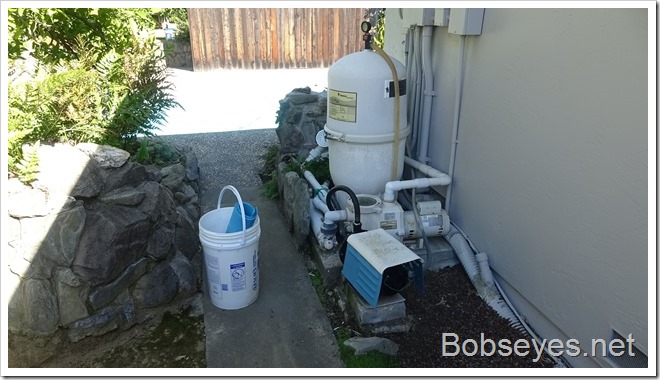 He left it running and we went over to his porch and shot the bull for a bit then went back and checked the pump for leaks.

Both fittings going into the pump that he installed before I got there were leaking just a little. I had him find some better sealer and I took things apart and applied the better sealer and tightened things up and gave it another test. It passed this time.

Mike grows quite a bit of citrus that my brother Tom sells at the farmers market.

Here’s part of his citrus grove in his back yard. 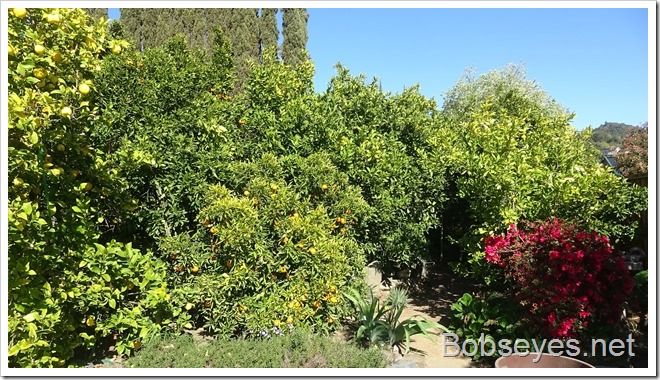 We picked some citrus before I left for home. Yummy 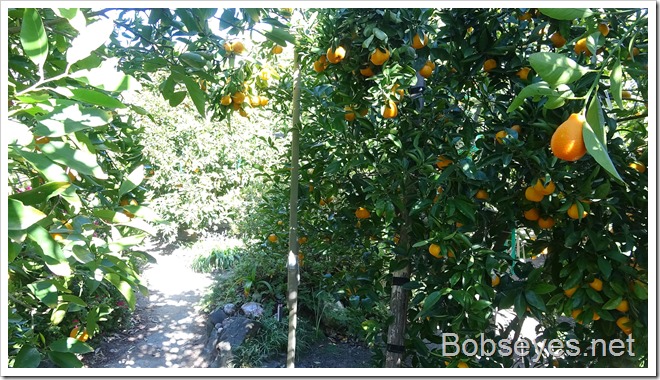 I tried to visit one more friend on the way home but his gate was locked meaning he wasn’t home so I went on home.

I did some resting up and just before dark I sweep out my feed shed. 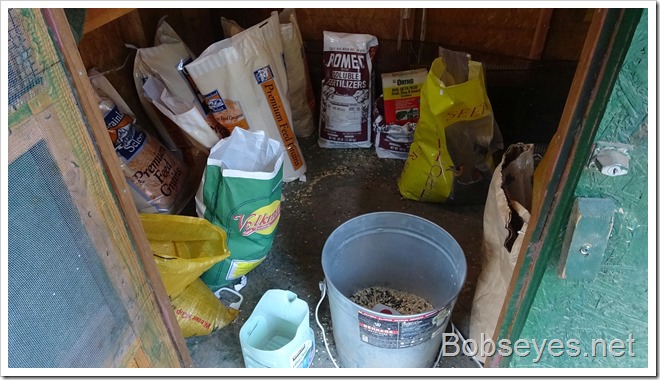 And then moved all the feed I just bought into it. Now it’s nice and full for awhile. Happy chickens. 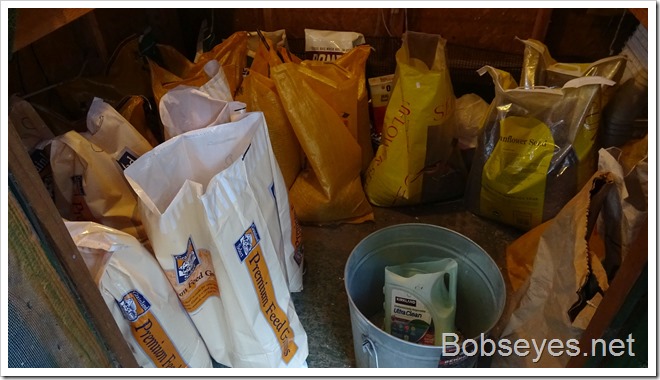 Good to get that stuff done today.

1 Response to Chicken Feed Shopping and Replaced a Pool Pump