I fed and watered the chickens first thing.

After that I screwed some stuff together on the new chicken nest dividers so they were all ready to mount this afternoon once the chickens were done laying eggs for the day. 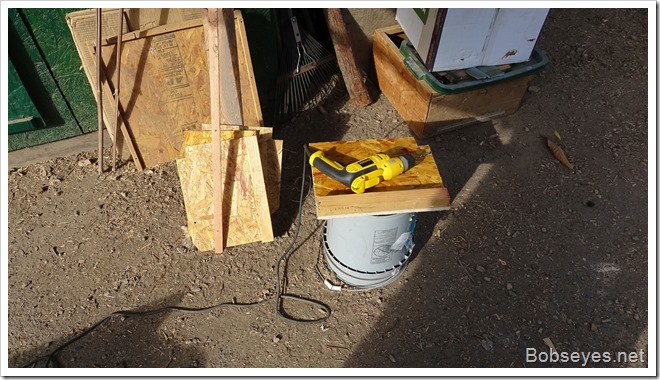 It might shower later today so I spend some time going around the yard putting stuff under cover that needed it like the lawn mower and some tools. Let it rain.

I spent a couple hours working on the bulkhead project but soon it was time to work on the chicken nests so I put those tools away and out of any possible rain.

Time to work on the egg boxes

Here’s the old nest boxes. The large one on top hasn’t worked out well. They use it, but not often and they only use a small part of it so I’m changing it to smaller nests more like the ones on the bottom which I also think might be a little large so I’m adding a divider to that area also. 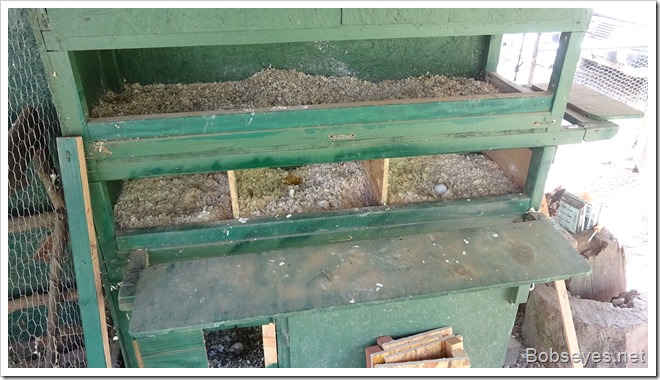 I added four new nest dividers and a bit of paint too and a perch for the top nests.  I also changed out the wood shaving in the top nests like I did the bottom nests yesterday so now everything is nice and fresh and ready to to for tomorrow’s egg laying. 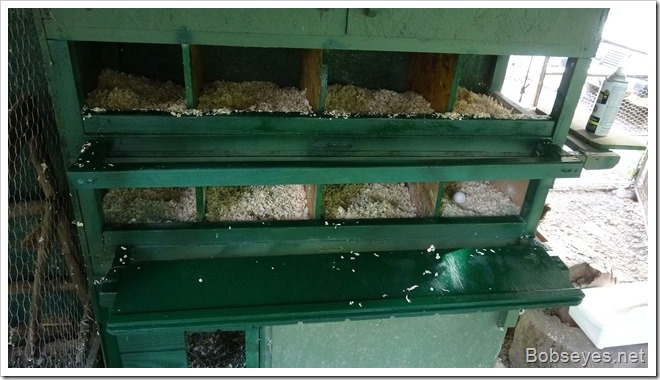 Commotion at the gate

I was sitting around after putting the tools away on that job when I heard a commotion out by my front driveway gate so I went out to see what was going on. There was a car parked there with a guy and a girl standing by it and a tow truck just in front of it on the road getting ready to load the car. Turns out the guy had worked on his car yesterday putting in a new axle bearing in the back and the axle fell out today while taking his girl for a ride. I’m sure he’ll learn something when he redoes the job, right this time. He had a tricked out car that he’d put a lot of time working on getting it that way. 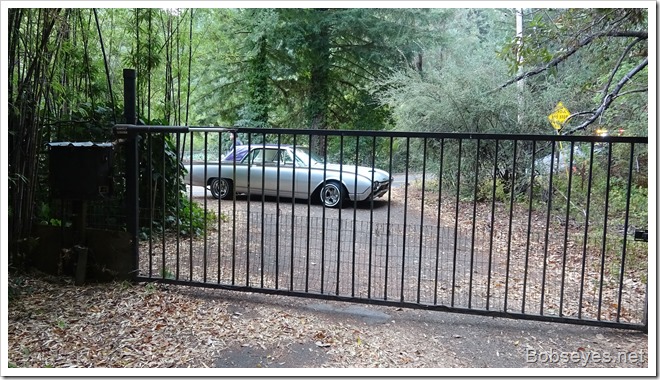 About that time the rains came or they tried too. More like very light showers but it stopped me from doing any more work today so I just chair hopped and enjoyed the drizzle, first water this season I think.

Nice day and I enjoyed the drizzles too.