Yesterday I worked on butchering some chickens. Instead of making it an all day project I got going on it right away and got it done in about two hours. That way I didn’t have to sit around thinking about it all day.

After a good break chair hopping I moved a load of woodchips to the peeps grow pen from here. 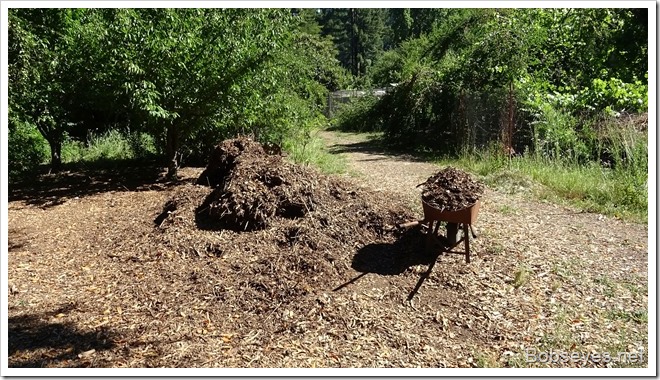 It was getting a bit muddy in there from the overhead sprinkler so this layer of woodchips helped a lot.  Not the chickens as they love muddy stuff, but for me as I have to move around in there too. 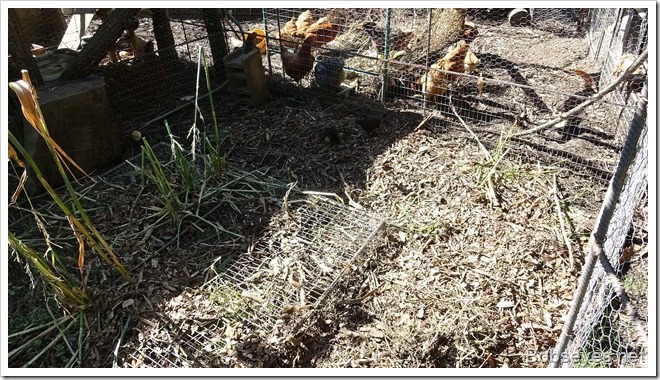 Some of the chickens and peeps checking out the new mulch. 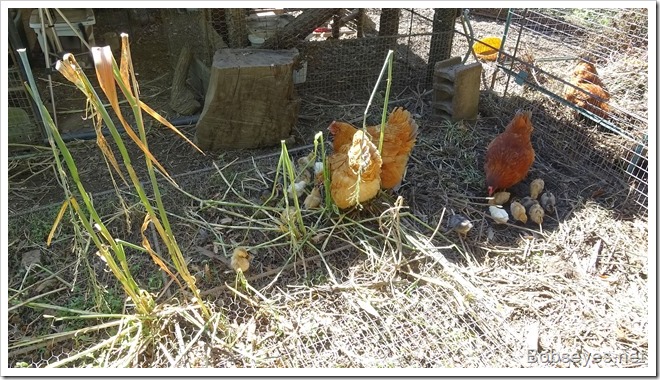 After that I spent the rest of the day digging out nut grass weeds from the raspberry patch which I’d started a couple days ago. It’s hard work so I’m taking my time pretty much. 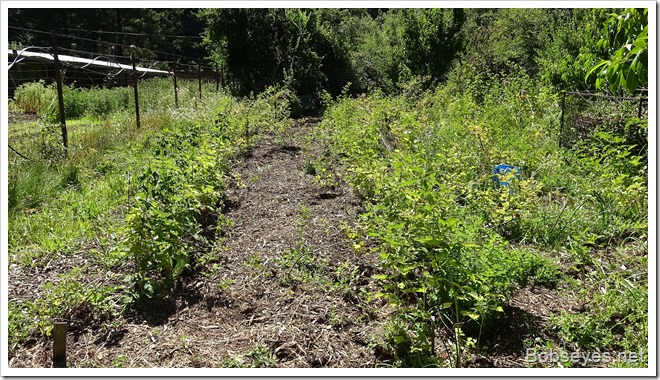 I didn’t have anything planed for today so I worked on weeding the raspberry patch some more and spent most of the day on it.

I have most of it done but not quite. 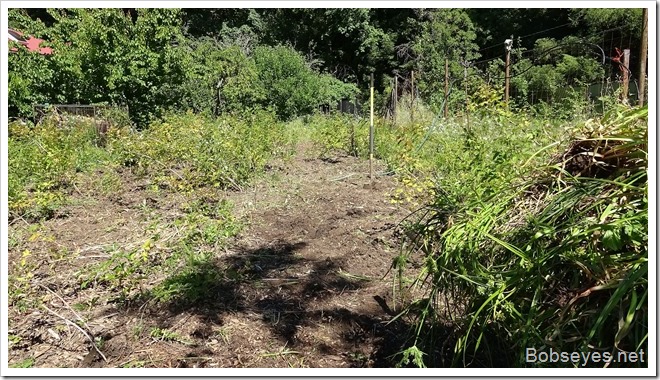 I load up the wheelbarrow and take the weeds to the chickens pen for feed. I spend quite a bit of time in that chair resting up between working on digging weeds. 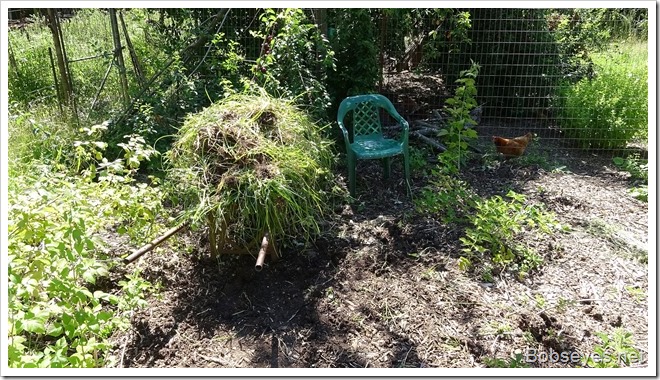 I’ve got a good pile of the weeds in the peeps pen for them to work on. 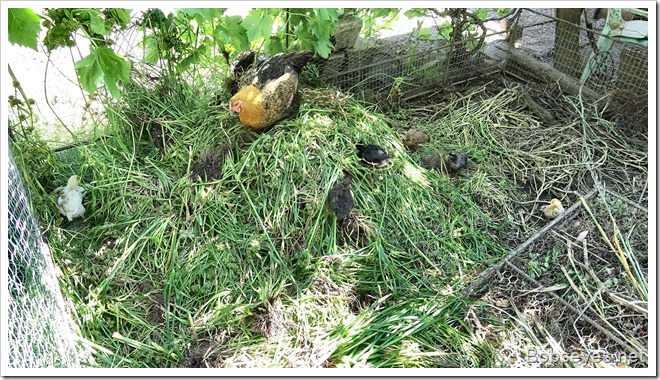 I have another wheelbarrow or two of weeds left to dig out. I got done what I could today but wasn’t able to finish the job, but almost.

Nice day working in the yard and enjoying the day.