Last night I put these 7 chickens in a separate pen as today I needed to butcher them. 5 of them are young roosters and are making too much noise at night. The other two are meat type birds I’ve been raising for that purpose. 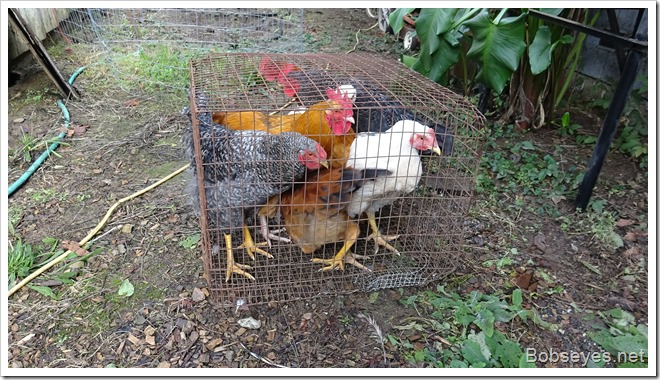 So this morning I set things all up to do the deed. It’s not something I like to do so it takes most of the day to get started.

I let the other chickens out to graze. There’s less turmoil in a flock with less roosters. 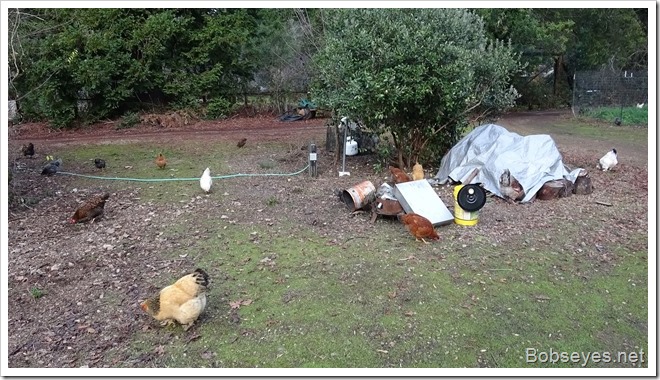 I finally did get it going on the birds around 2 and it took me until about 4:30 to get them all done and then there’s always the clean up. I bury the remains in my blueberry patch.

I needed to move my camera that I’ve been using to watch my brother’s garage for rodents. It’s been inside the garage and it’s seen some rats but now I need to know for sure where they are coming in. So I needed to put the camera outside on his garage door as there seems to be some cracks in the top where rodents might get through.

Kitty Kat was there to greet me as I set the camera up in front of the garage door. 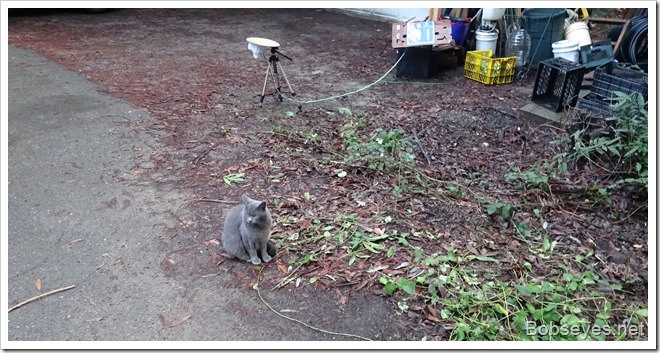 The camera isn’t weather proof so I mounted it under the bottom of a cut off bucket to help keep it dry. It doesn’t really need a camera tripod but I  had an old one so I used it to mount things. 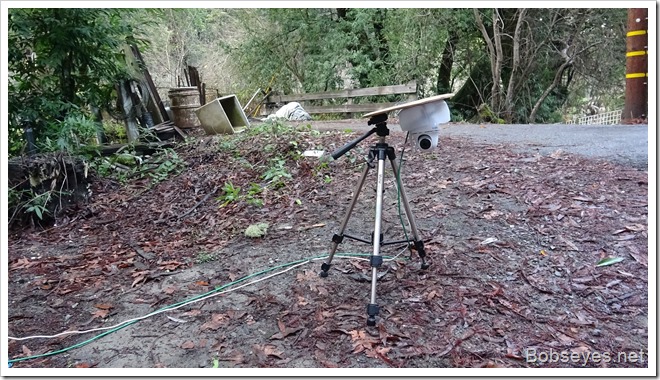 Close up view of the camera mounted upside down. The camera has pan, tilt and zoom and sends videos back to my computer in my house where they are recorded when motion is detected. 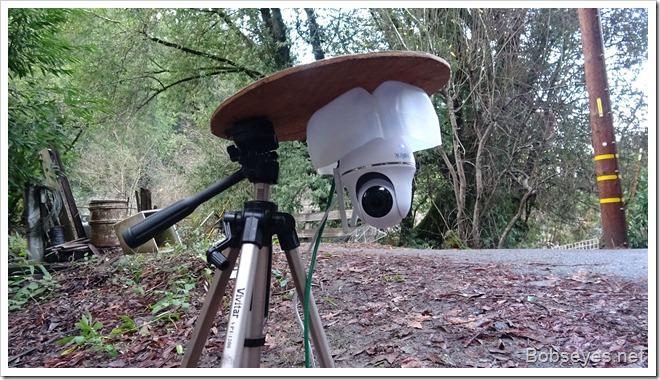 After getting the camera set up and tested I went over to spend the evening with the chickens. They were grazing here. That’s Mr. Rooster near the middle. Carmelo is his name.  Sometimes it’s nice to be the head rooster. :O) 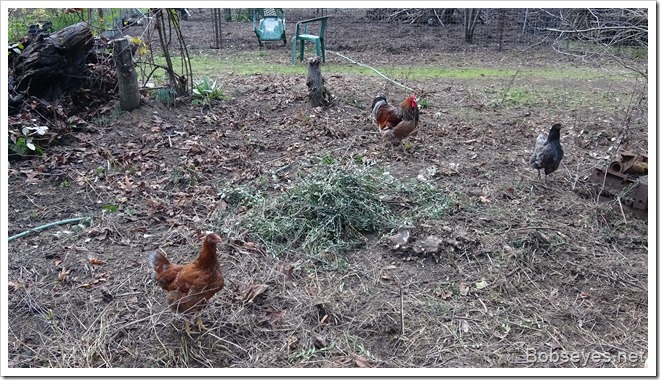 As it started to get dark the day cooled down so I retreated to the house after shutting the chickens up for the night.

Productive day starting out the new year with some goodies to eat. Yummy.