Chick Roost and Rocking In the New Spring Tap

Yesterday I  made the long drive home which took most of the day. The drive was uneventful which is always good.

Today I went out and let my chickens into this potato area so they could feed on the weeds and dig up my potatoes for me. 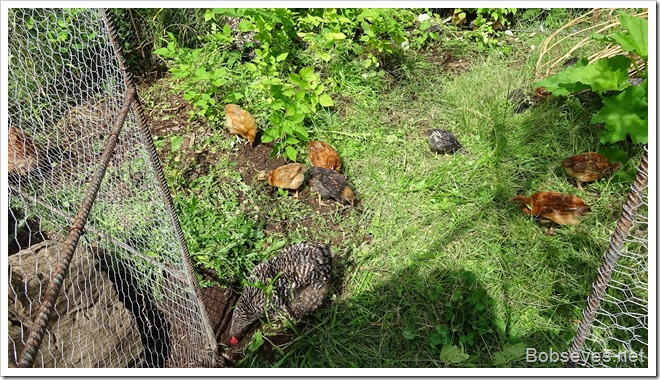 I’ve noticed the little chicks are growing fast and need a little roost in their nursery area. I had this roost I wasn’t using so I had a look at it. It was too big to fit into the nursery so I got my tools out and made it smaller so it would fit. 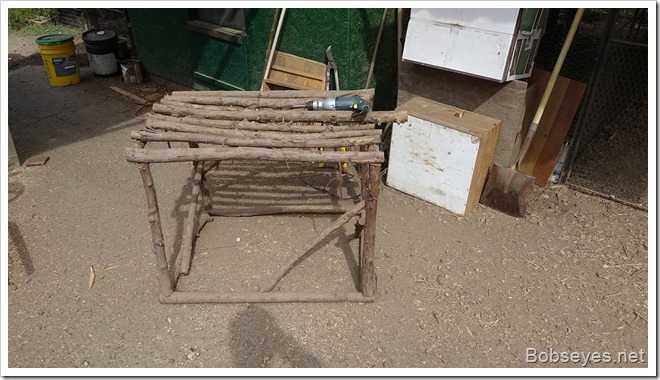 After some sawing and screwing I had something to try. 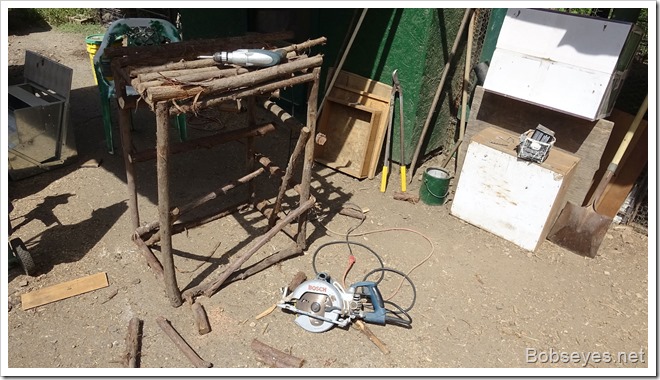 This is the roost in the nursery and it looks like it will work. 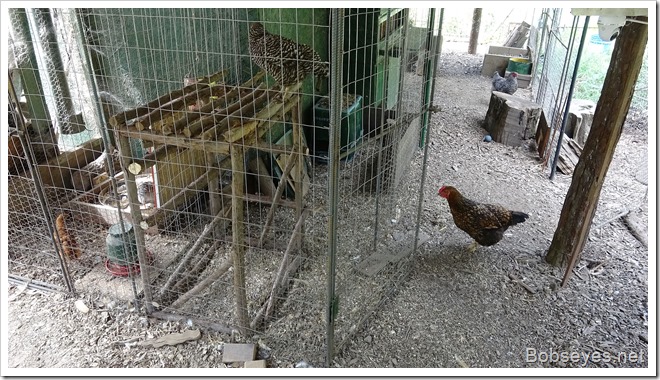 Working on the new spring tap

After a break I got some tools together and rode my quad up to the new spring I’ve been working on. 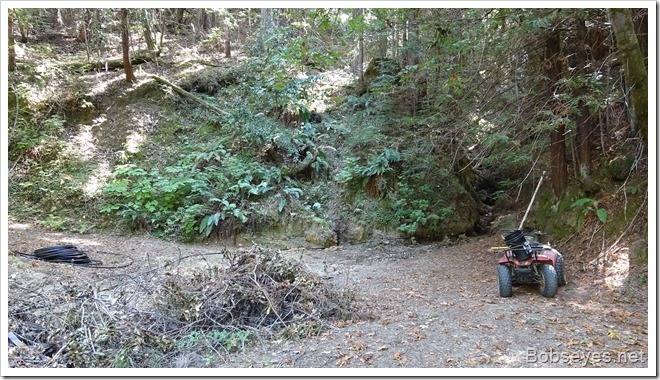 I wanted to fill the clay dam tap area up with rocks after I cleaned the redwood leaves out of it. 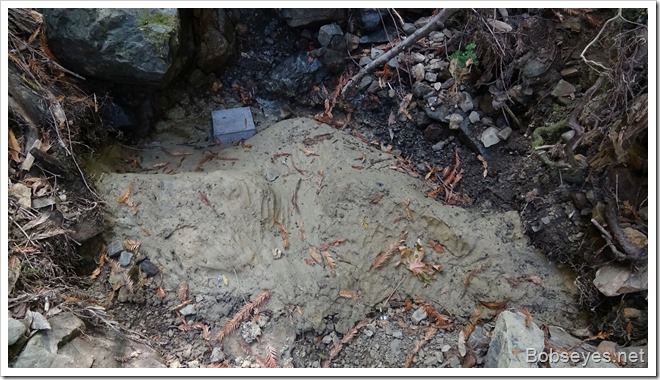 I rocked in behind the clay dam and tried to fill up all the little holes as much as possible. Water flows through the cracks in the rocks to the drain pipe. 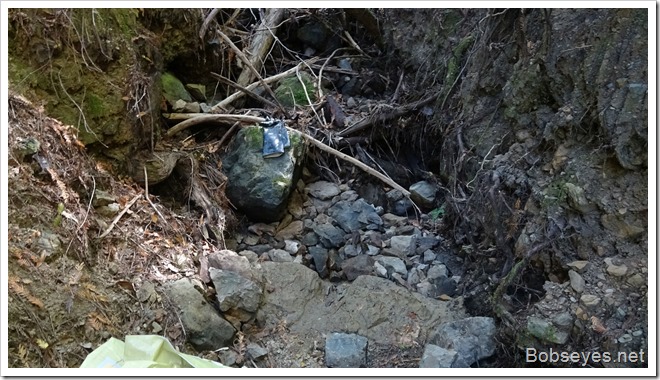 I put in some bigger rocks first then used smaller rocks to help close up as many holes as possible. I really only wanted cracks for the water to flow through. 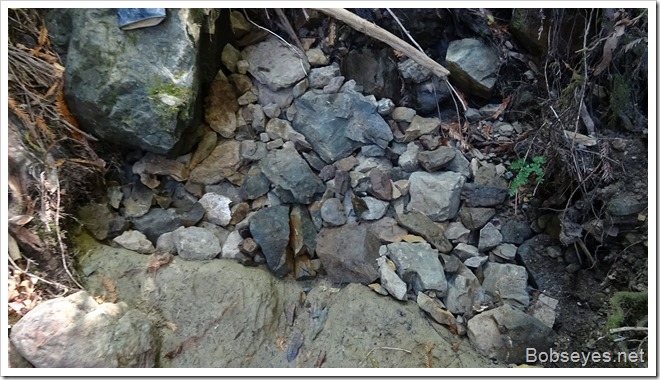 Some plastic over it all

After the rocks I used empty feed sacks to seal it all up which will be good enough for now. I may cover it up some more with rocks later. 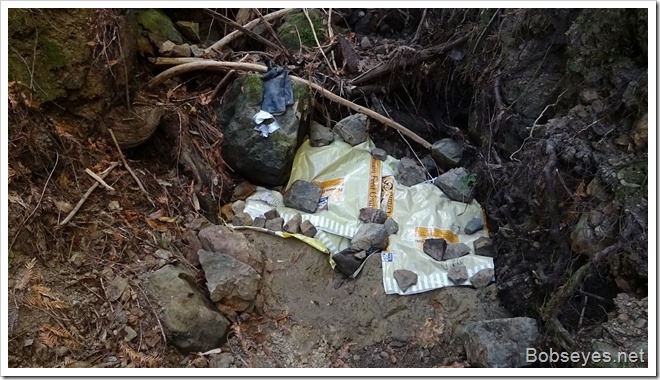 Only a half a gallon a minute now

Trail work with a new tool

After that I went down my trail for the water pipe and worked on it a bit with my new tool. This is the spot where the yellow jackets got me so I was careful and the first buzz I was out of there. 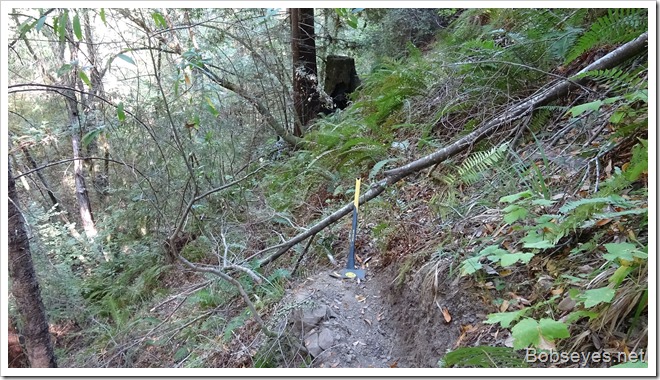 Here’s my new digging tool a Pulaski, great for digging trails and stuff. 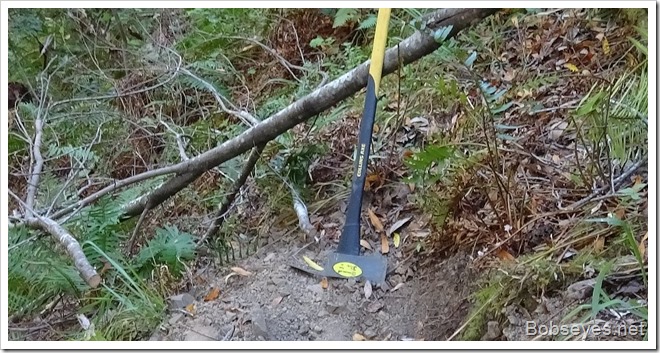 Bees drove me off

The bees drove me off but I think I got enough done to lay the pipe. I was also beat after doing the digging so I had enough for one day and went on home for a break.

On the way home I stopped at my brother’s garden to eat a few strawberries from one of his patches. Hummm good. 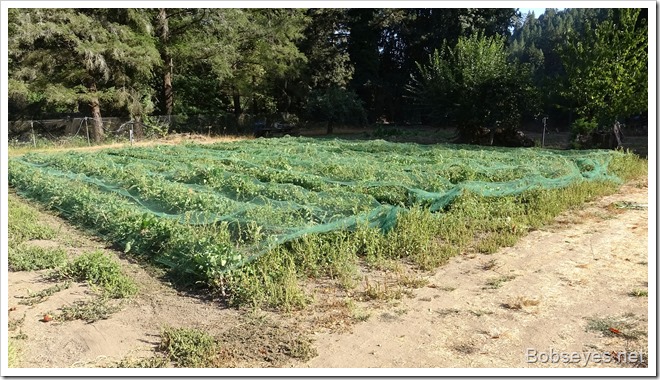 I also dug up and ate a couple of his carrots before taking off.

After a break I went out to see how the chickens were doing.

Two hens on a nest

These two are sitting on some eggs together which is good as there are too many eggs for one chicken in the nest. 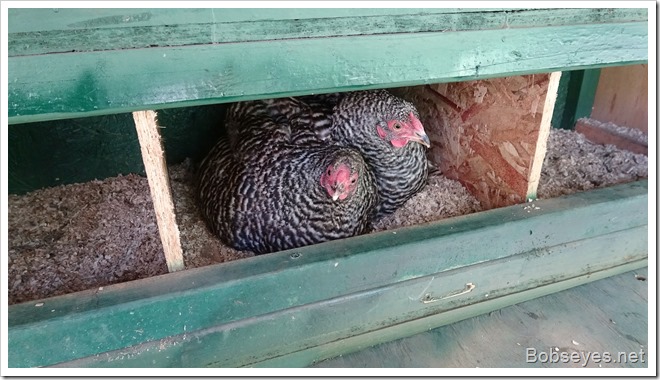 I’m not sure what they’ll hatch out but we’ll see in another week or so.

Chickens dig potatoes for me

I got a bucket and gathered some potatoes the chickens had dug up. I’ll let them in this pen again tomorrow and get some more. 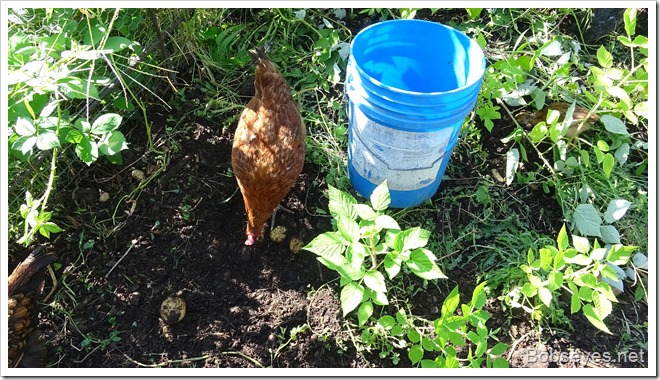 I got done more than I expected today which is always nice.

And had a nice day too.