Hanging out in the Port Orford area

I made it to Port Orford Oregon a couple days ago and have mostly been taking it easy resting up. It’s been windy most days so I haven’t had the urge to put my kayak in the water.

I’ve been down to the Port Orford harbor looking around a couple times. 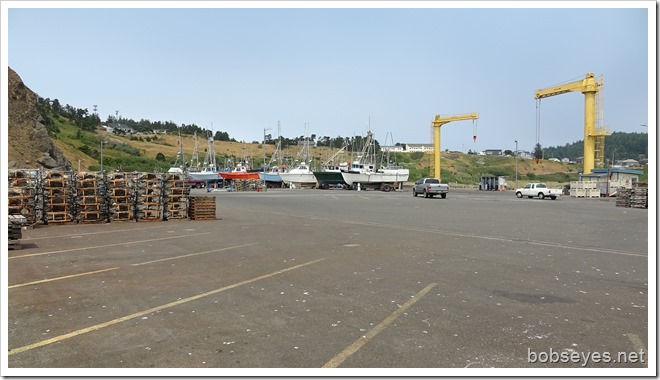 This fishing boat was just pulled up out of the water by the hoist. 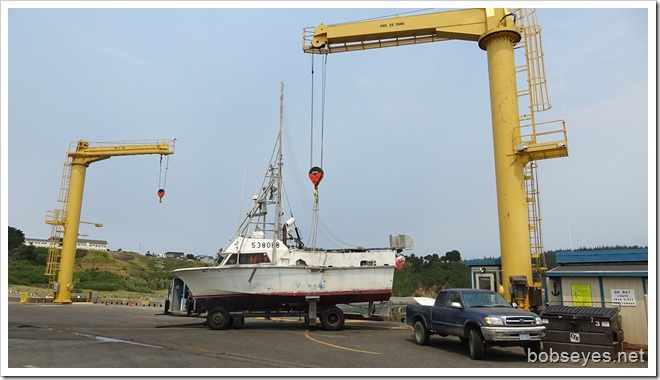 Then they drag the trailer with the boat over to the parking area with the pickup truck. 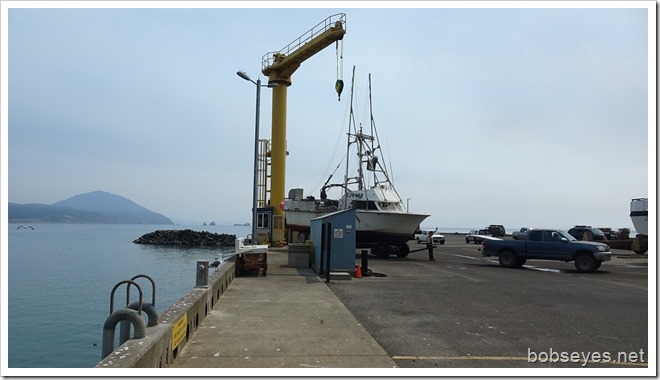 I walked around the harbor. It’s a working harbor. There are two fish buyers here to get the fish off the boats and ready for the big trucks that come by to take the fish to market or to a fish processing plant somewhere else.

Here’s another view of the boats on trailers. 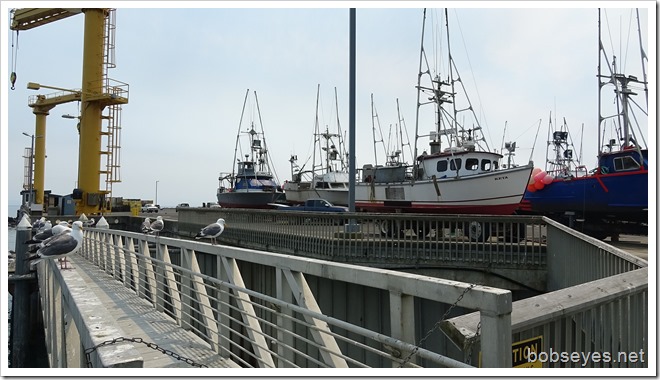 This is one of the fish buyers. They are receiving some crab and some rock fish. The fish they are keeping alive in big tanks to be sold at the Asian market in some city. 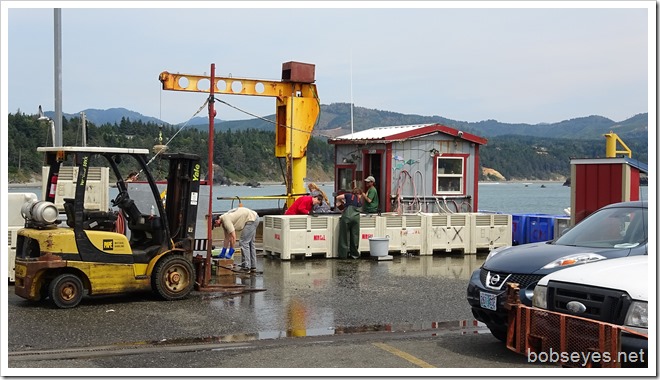 This fishing boat pulled in and they are unloading their catch. 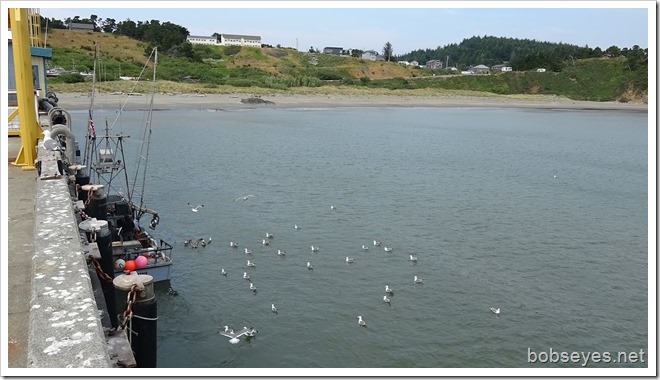 They are unloading crab. 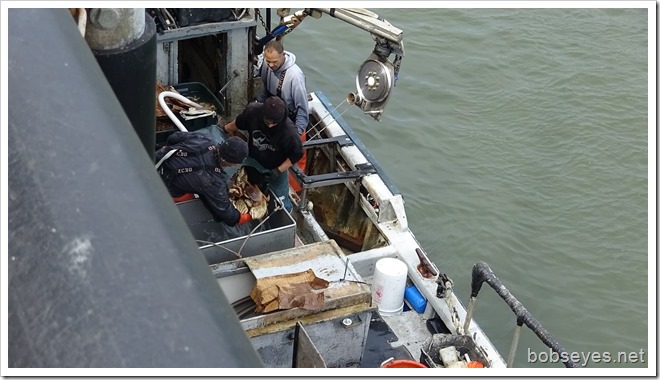 These guys were fishing and doing it right. :O) I didn’t see them catch anything so it was just relaxing. 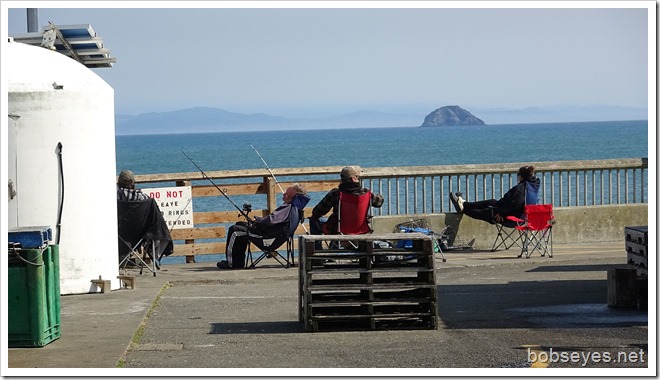 This is the newest biggest boat here. It just came in off the ocean and unloaded before I got there so I didn’t’ see what they were catching. 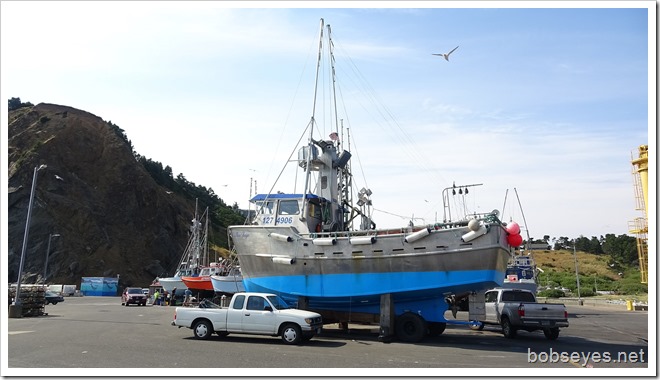 I walked over to this rocky cove at the harbor and was thinking poke pole fishing might be good here when the tide was out. So maybe when the tide is out I’ll check it out some more. 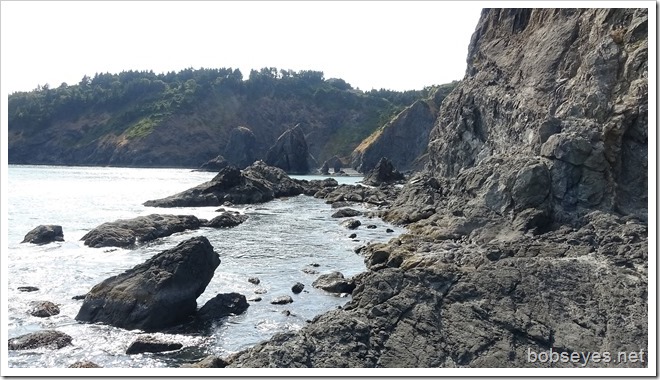 I’m staying here at the Elk River RV Resort at Steve’s place. It took three of us to supervise him dong some mechanicing for his neighbor. 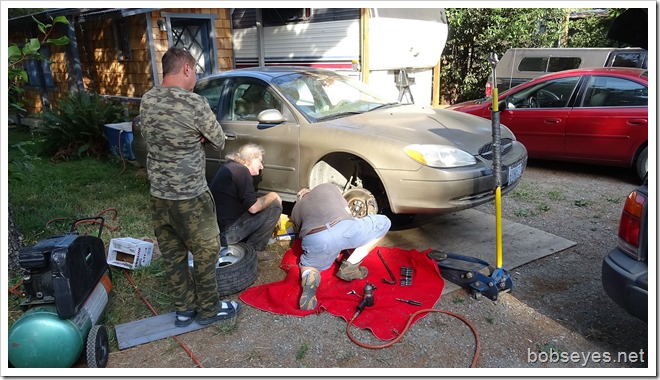 Steve was trying to figure out how to wire a motion detector light so I supervised him and showed him how to do it. 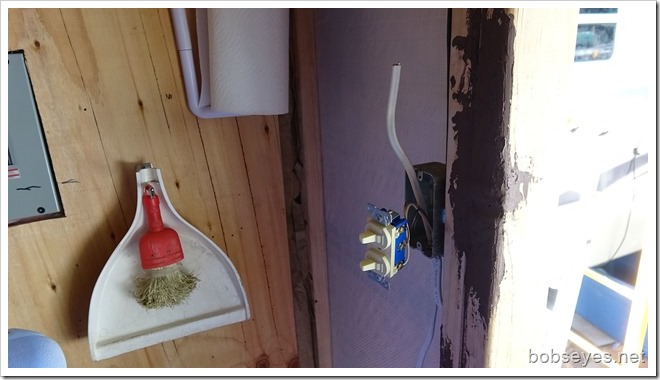 That last batch of peanut brittle I made got a little burned as I got it a bit too hot, but it was edible.

So I wanted to try it again being careful not to overheat the sugar and I decided not to use the peanuts so it’s really a butter brittle. I don’t have a candy thermometer so I  have to do it by eye. And I don’t have a recipe either so it’s mostly trail and error.

The thing that makes it bubbly is the baking soda. I put it in last which causes it to bubble up. I didn’t quite put enough soda in this batch but it turned out ok and tasted great. It’s much better when it doesn’t get burned and I ate about half of it during the day. 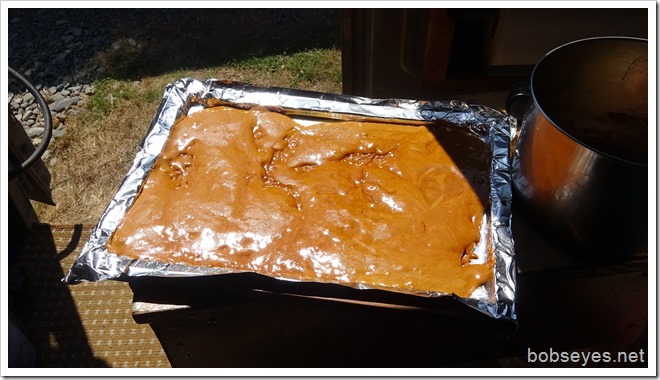 Steve works at a tire and mechanic shop so we worked a deal and the tires for the van are ordered. Part of the deal is I have to buy the owner two bottles of vodka and Steve and I will do the mounting so that’s free.

I got an email the other day from Dominique my chicken keeper assistant and partner. She says the chicks are doing fine with no problems so that is good.

I should get my tires soon and will likely head on home after that at least by this weekend. One nice thing about being by the ocean is it’s cool, almost too cool so while the rest of the country is burning up it’s nice and cool around here. Port Orford is sorta a quiet type of place and not as touristy as the coastline north of here which is to my liking.