Yesterday I woke up on the tired side, so I wasn’t into much. I drove over to Garrison Lake in town. I put the boat in the water for a couple hours, just enough to paddle around the lake.

I spent some time resting in this side finger of the lake out of the wind. 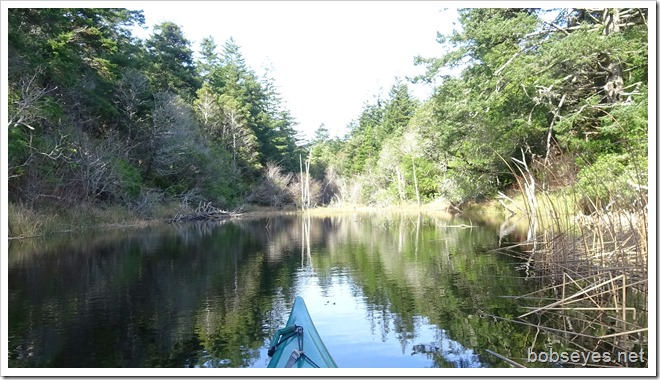 Checked out the harbor

Later I drove on down to the harbor to check it out. I took a few pictures then went back to Steve’s place and read a  bit and that was it.

Today I was thinking about going down the Elk River towards the ocean in my kayak but when I woke up I could see the trees outside my van blowing in the wind, so that was off.

So I took my time getting it going and then drove down to the Port Orford harbor to see how the crabbing was going.

Fishing boats were bringing in the freshly caught crab to unload. 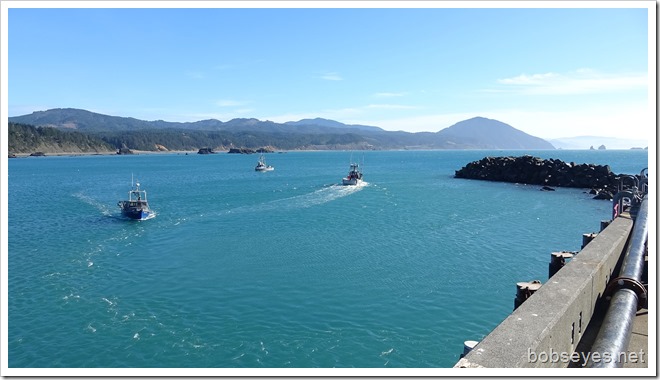 The boats have to sit out there and wait their turn to get to the dock to unload. 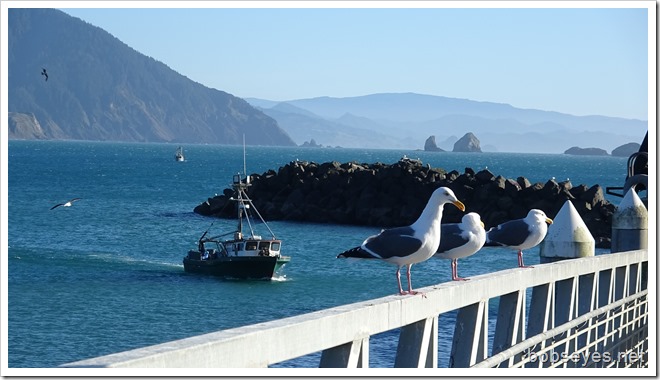 These boats are unloading their crab. 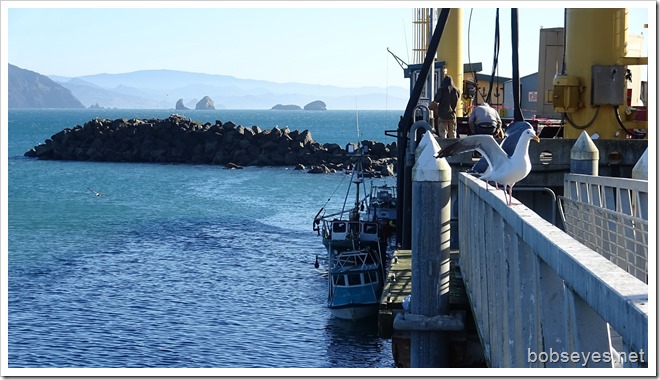 These crabs will be hoisted up to the buyers up on the dock. 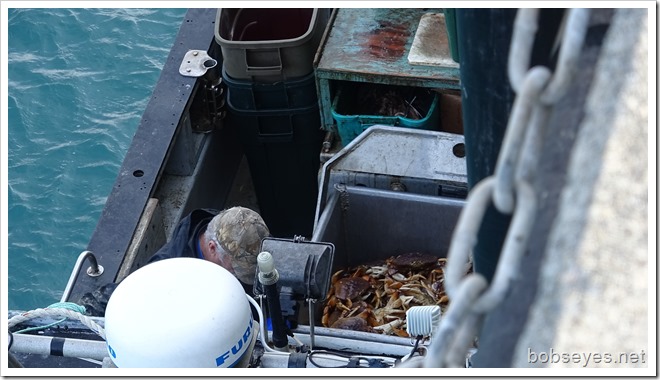 This is one of the crab buyers which hull the crab up and weight them to ship off for processing. 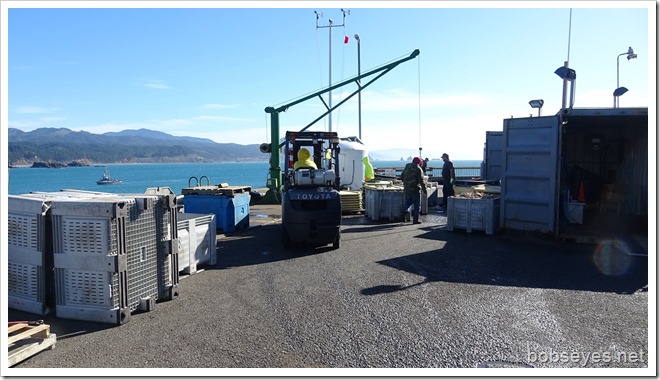 They load the crab into these pallets for shipping. The big truck is waiting close by ready to ship them. You can’t wait around, they have to be processed fast. 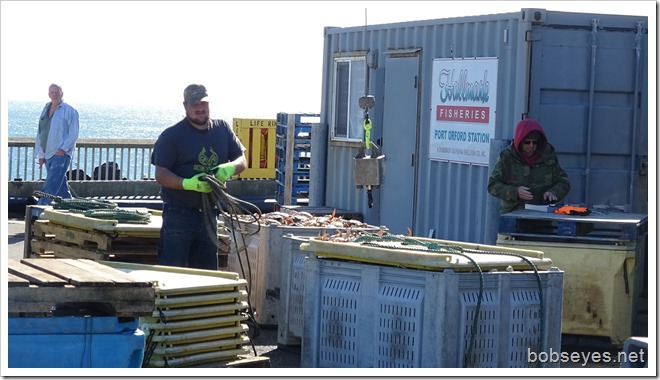 I walked around the dock and noticed this small crane had been moved and a big generator brought in so I checked out what they were doing. 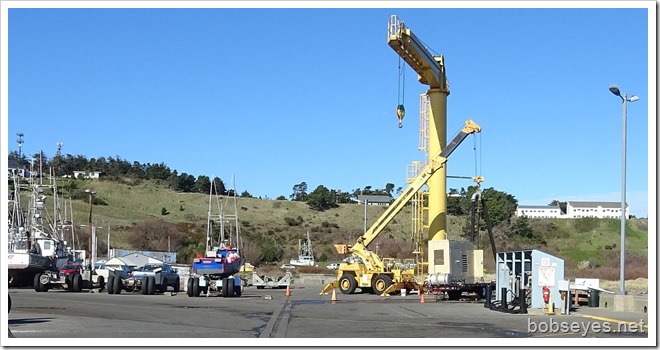 Turns out they were setting up a machine to pump the sand out where the fishing boats come in to deepen it. They have to do this often as the ocean pushes more sand in. 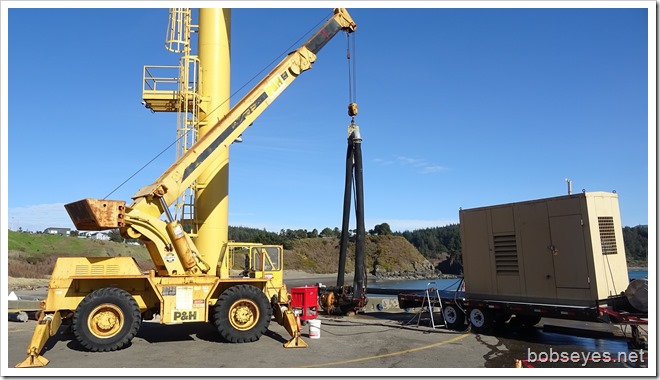 They pump the sand out with this big pump which they lower into the water. Seems they were doing some repairs to the pump. They then pump the sand to the ocean side of the dock to get rid of it. 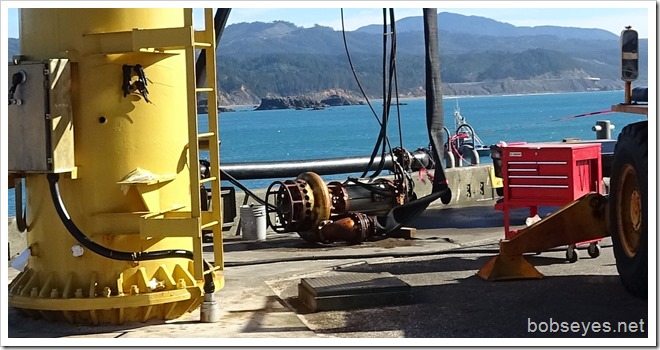 This is one of the fishing boats waiting to come in to unload their catch. 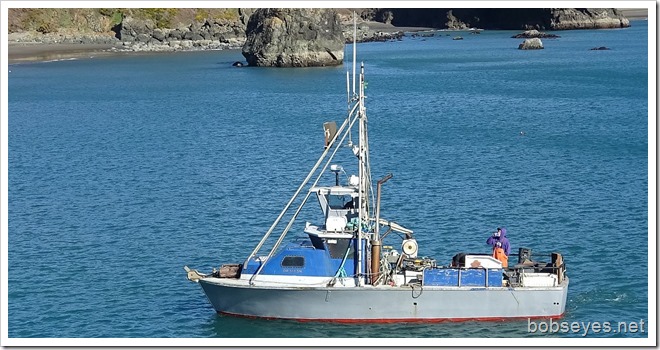 I was watching these guys unload crab when I noticed the Oregon State Police showed up. 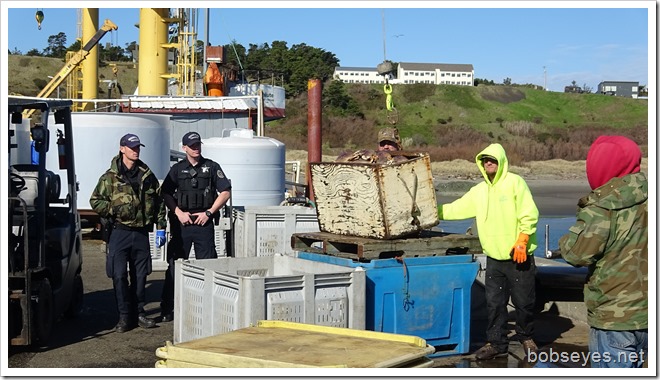 They inspected the crab checking some of them to make sure they were all males and measured 5 and a three quarters of an inch across the shell back. 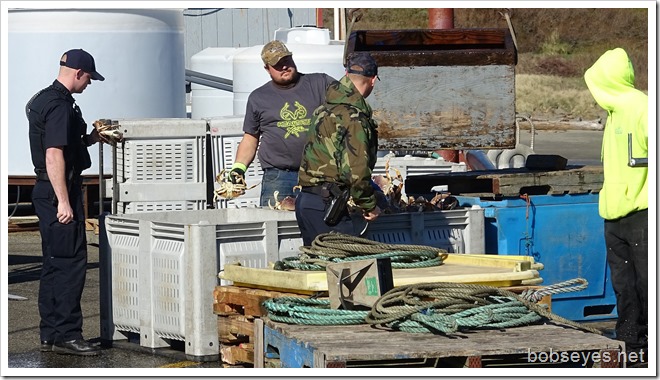 Everything seemed to be ok as I didn’t see them write anyone up.

Here’s a pallet of the fresh caught crab  which will head to market soon. 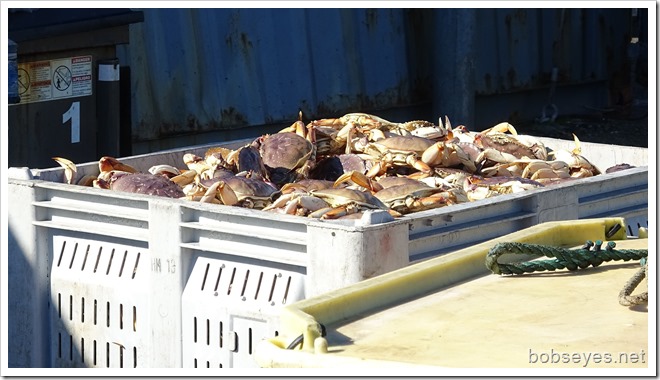 I spent a couple hours at the dock then I drove over to the library in town to do some internet stuff.

Checking out a forest road

After that I drove to the Elk River and just past it to check out a road that went into the forest. Grass Knob road I think it was called.

Here’s the forest road I checked out. 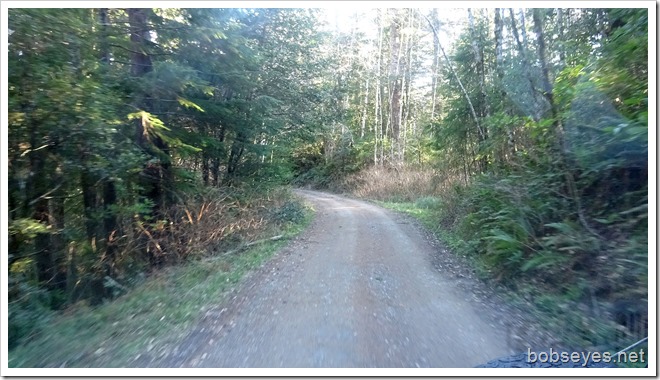 Not so good for camping

I found a couple possibilities for camping, but they were all too close to the road except in a pinch. Eventually, the road came to an end where it was washed out, so I headed back to the 101 highway.

Next I traveled several roads off 101 that went west hoping to get to some ocean access, but each road I tried ended at a ranch so no go there.

The last place I checked out was a place called Floras Lake State Park. The road went almost to the ocean, but stopped at the lake. To get to the ocean I’ll have to paddle or take the trail.

Here’s Floras Lake as the sun is going down. 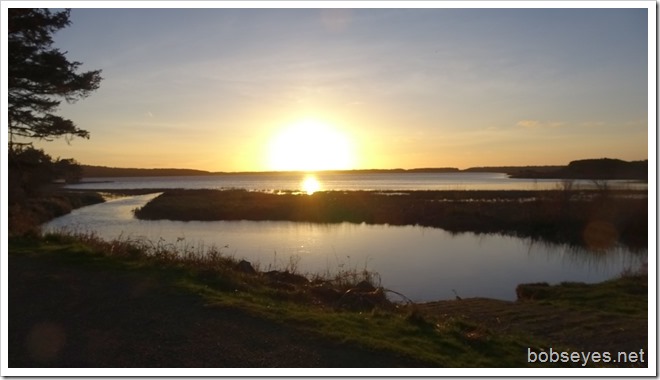 That was about it for the day. I drove back to Steve’s place and settled in for the night.