Yesterday Steve and I drove on up to the Port Orford Headlands just west of town to check it out.

There used to be a Coast Guard living quarters here in the old days and there’s some trails out on the headlands overlooking the ocean.

Here’s the main place. There’s a museum here but it was closed. We walked around and checked things out. 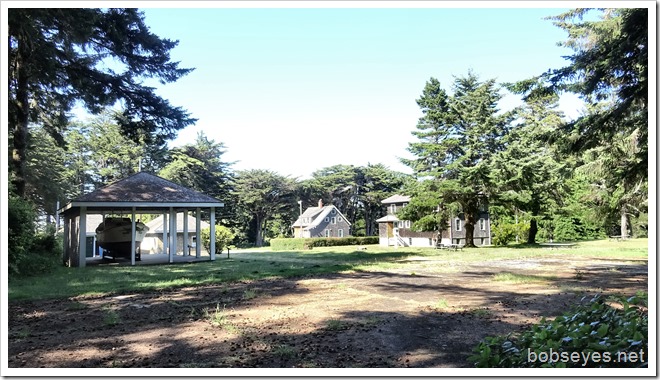 They had this old coast guard boat on display. It’s made to roll over and not sink and was used to recue in the old days before modern boats. 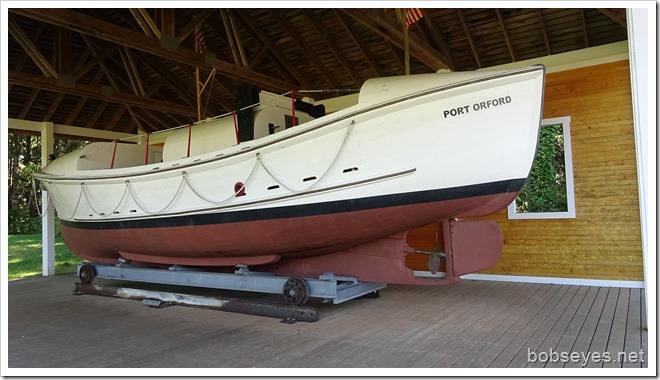 We were more interested in the trails that go out onto the headlands. This is the start of the main trail which was a real easy trail. 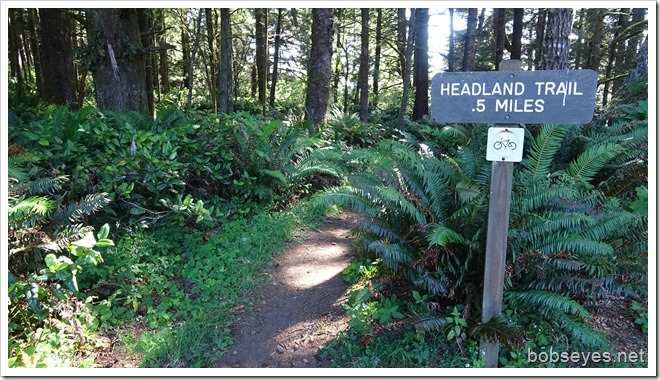 I followed Steve on out the trail. It wasn’t steep at all. 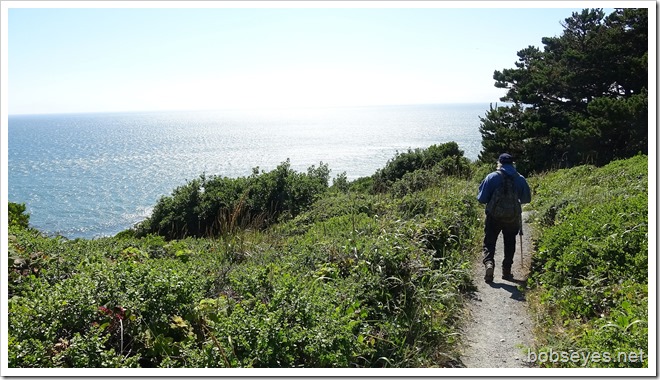 They had a number of these memorial benches spaced out along the trail which were real handy. 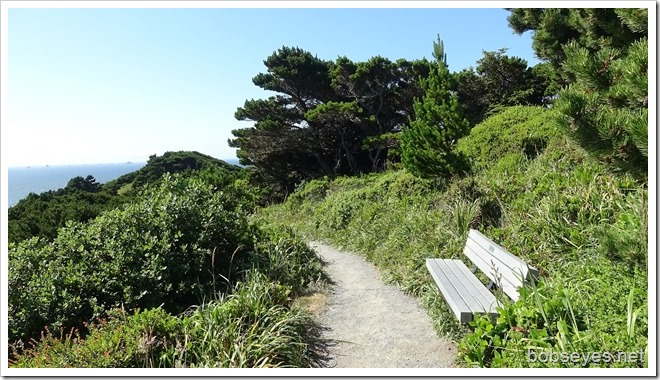 One of the views of the ocean from the trail looking North. 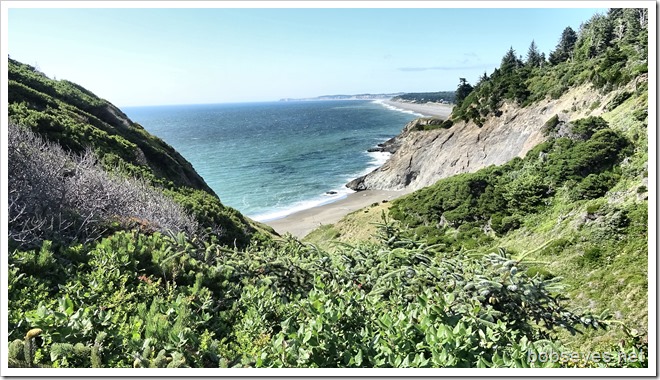 The north trail ended here where we had a nice break and a rest enjoying the views. 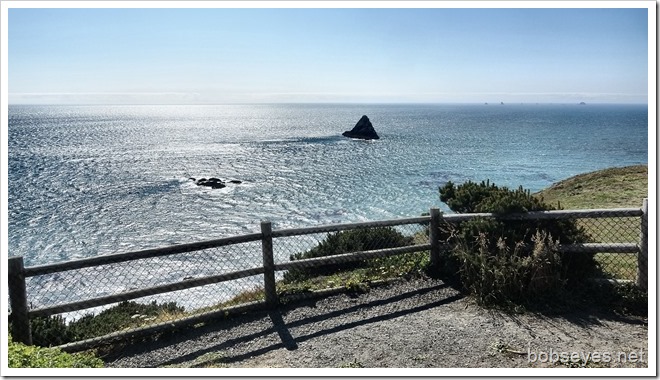 After a good break we got back on the trail and headed south for a short distance. 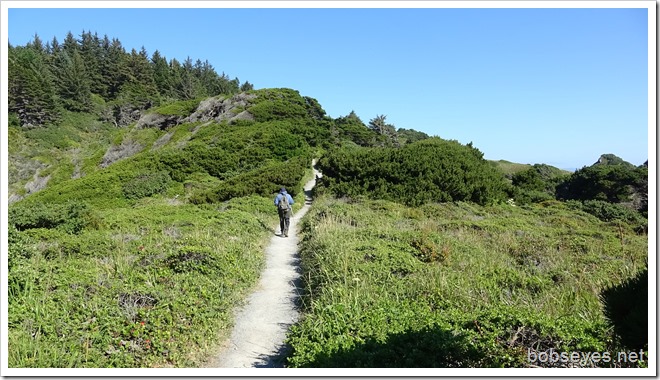 Looking west over the ocean. 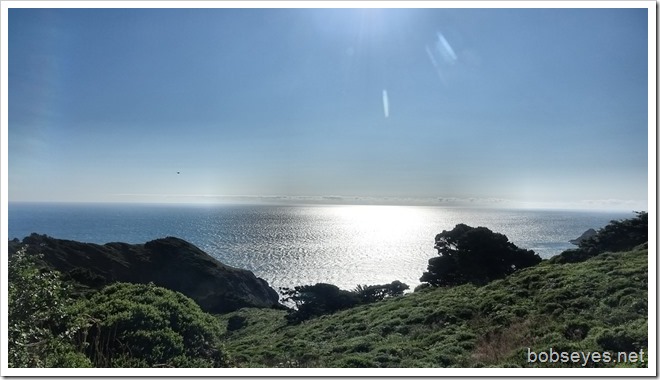 We didn’t find any place we could get down to the ocean to fish but it was a nice hike.

Today we were going to check out Rocky Point at low tide to see how the fishing  might be.

Tide was early in the morning so we had to get it going early, around 7.

This is Rocky Point at low tide and there are lots of tide pools to check out once we got down to the beach. 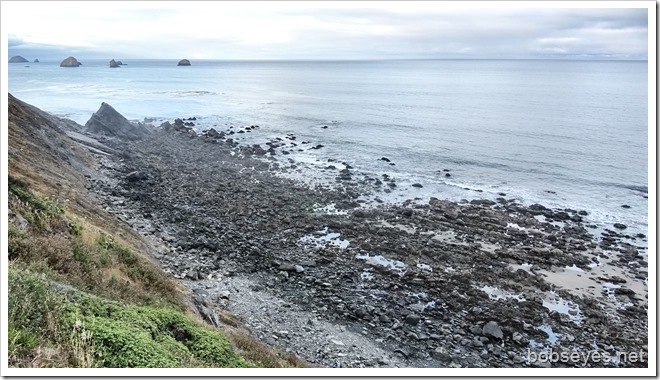 First we had to make our way down this rocky hill to the beach. Slow and easy so we didn’t break our necks. 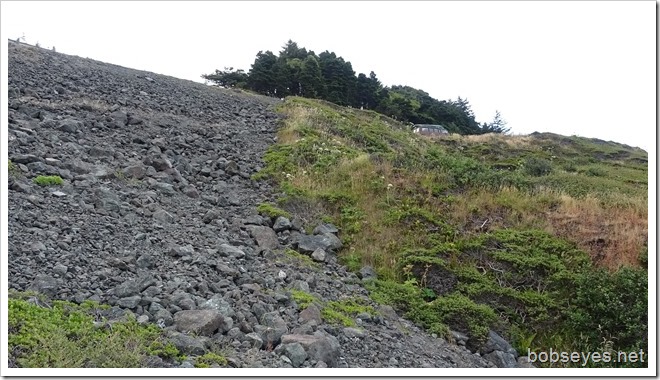 I was trying to show Steve how to poke pole for fish but he wanted to just fish with a regular fishing pole so he went off to do it. The only trouble was he was trying to high tide type fish at low tide so he didn’t do well. I thought he had his head up his butt so I gave up on him and went off to explore down towards Rocky point leaving him up on the sandy beach.

Some of the tide pools as I headed south very slowly as the rocks were real slippery. 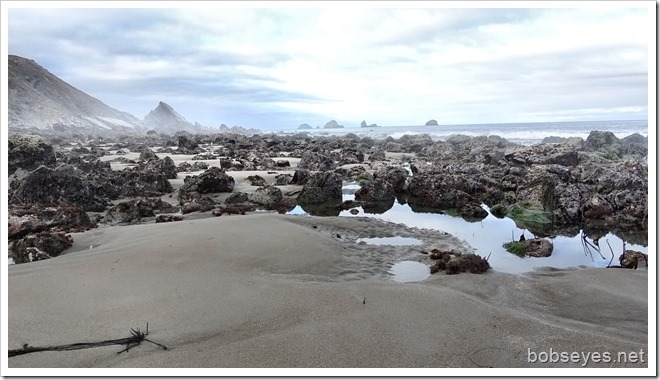 Eventually I made it around Rocky Pont and saw some biologist type people down in the rocks there. 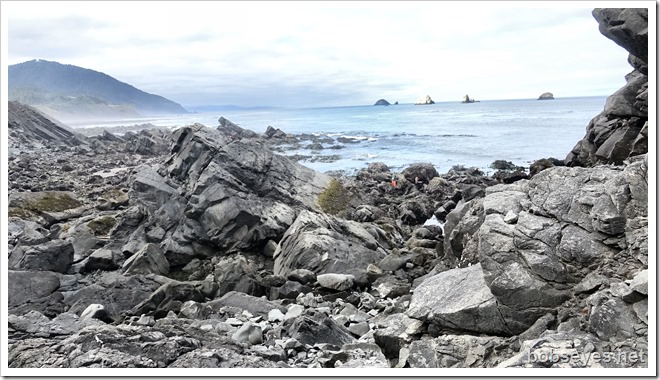 The biologists were counting and measuring some of the shell fish, mostly the muscles on the rocks. The fishing looks good here but Steve never saw this part. 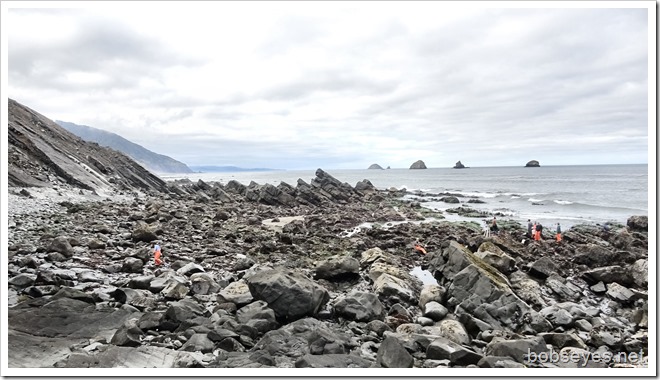 I worked my way back up along the rocks headed on back, looking north. 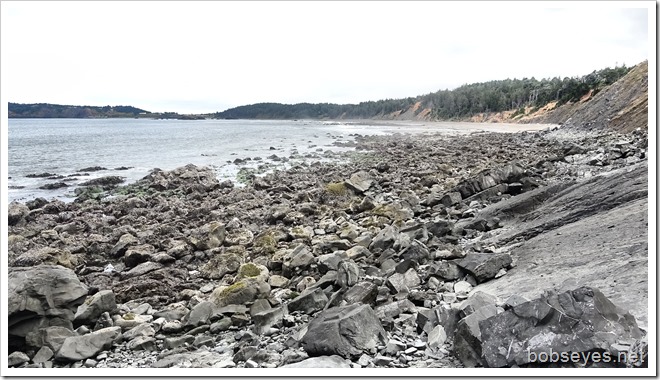 I found Steve with no fish and we climbed back up the rocky slope to our cars. 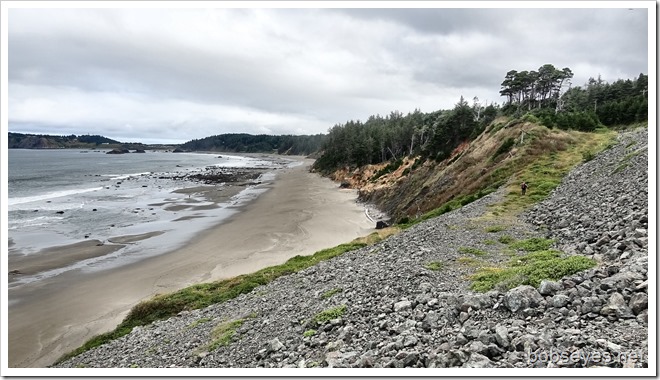 Steve took off when we got back to our cars and I drove down the road a bit more so I could have a look at this low tide beach. I’ll have to come back to this one some time and have a better look. 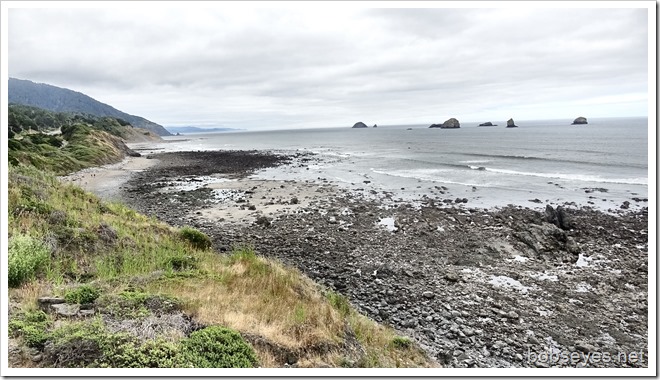 After that I went back to were I was staying and had something to eat and a good rest.

Nice day hiking around on the rocks.