Checking Out Charlie’s Spring and a Paddle At Monte Rio

Today seemed like a good day to go for a yak on the river. I was thinking I needed to go by Charlie’s to help him check out his old spring that needs to be improved as it’s not collecting much water right now and there’s a drought on.

So  I decided to go by Charlie’s first as he lived in the Monte Rio area so I drove down to Monte Rio and up a narrow road to his driveway here. His house is just down the driveway out of sight. And even though it doesn’t look like it his driveway is real steep. 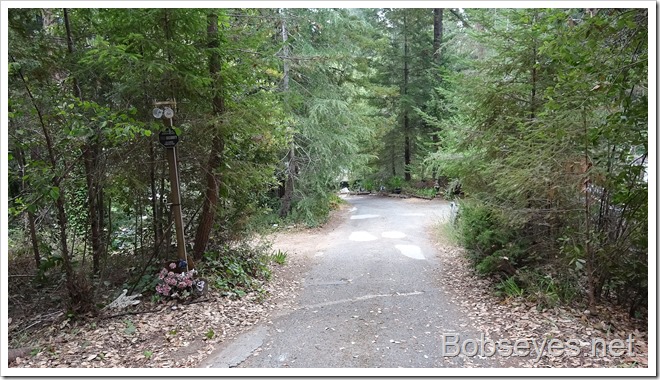 I heard Charlie holler before I got down the driveway so at least he was home.

We shot the bull for a bit then Charlie found the gate combination and I drove him on up higher on the hill where his spring is that he shares with a neighbor on this road. 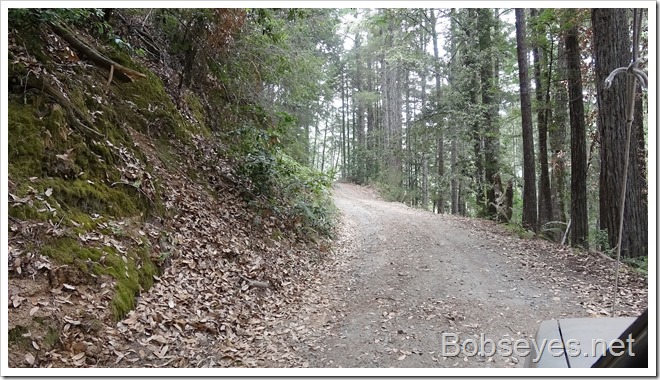 Charlie got the gate open and we continued on up the hill about a quarter mile or so where the spring was. 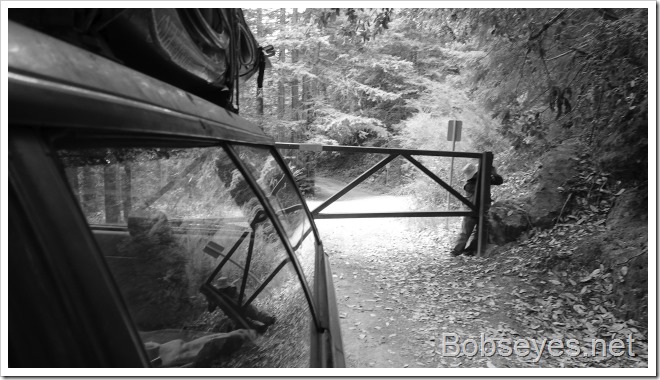 When we got to the spring Charlie called his neighbor that I believe he said lives down in the bay area somewhere. He fed him a line of bull saying he had the best spring tapper with him and were looking at the spring to see how we can improve his water tap so they get more water.

You can see the spring box on the right that is leaking and the spring ditch goes up beyond that. 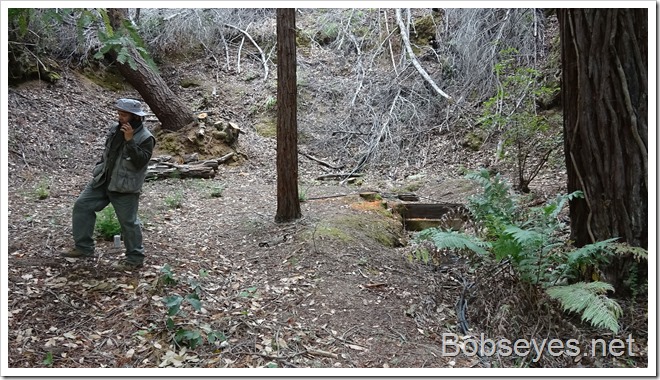 What needs to be done

Charlie asked what I’d do so I told him I’d rip out the spring box all the way to the upper one digging out a ditch like what’s below his spring box all the way up  which is a black pipe sticking up in the below picture so we can see where the water is coming out of the hill as  he says it comes out in more than one spot. 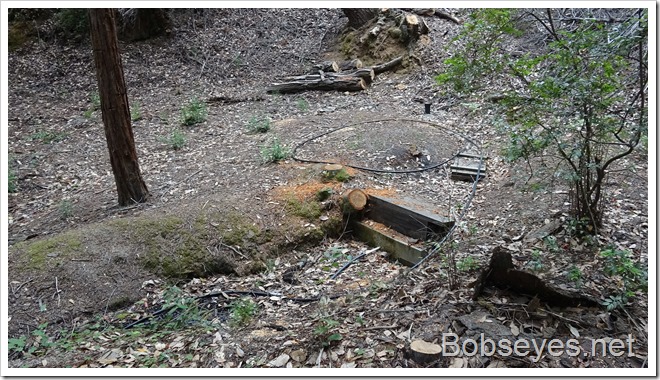 This wet spot below his spring box shows his dam is leaking and he’s losing lots of valuable water. 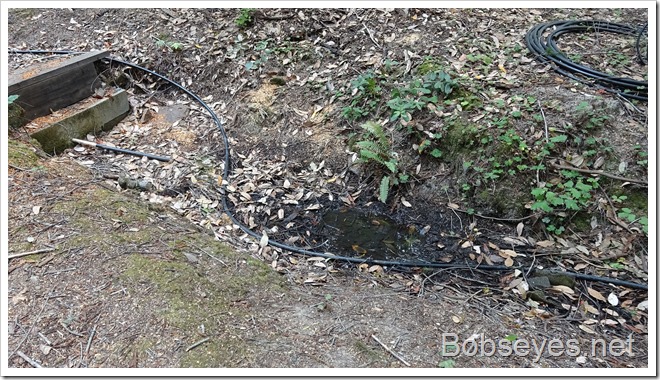 Charlie popped a board to show me how they did the inside and it was all plugged up with mud barely working. 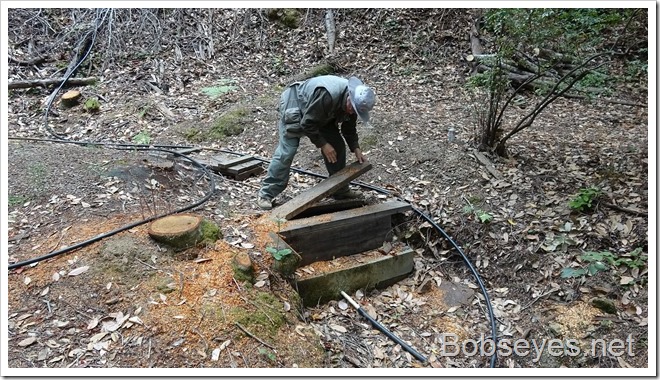 My way of doing it

We talked some more about what needs to be done to improve this spring by getting rid of all the spring boxes and installing my kind of tap which doesn’t have a box but just a sink that collects all the water without trying to dam it up, so my type has no leaks as it has no dam to leak.

You do the work

I told Charlie I’d help them tap the spring my way if they did all the work while I tell them what to do, that way I can make another spring tapping video to show others how to tap a spring in a modern way on YouTube.

We drove on back to his house and shot the bull some more before I took off for the river at the Monte Rio beach.

The river at Monte Rio

There weren’t many people on the river today so I put my boat in the water and  headed down the river about a mile or so. 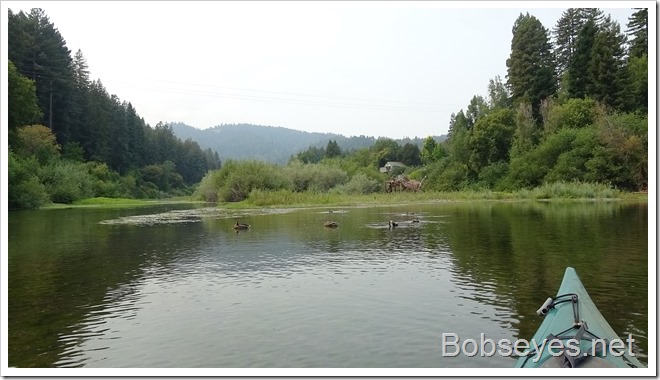 I paddled on down through here and hit some spots where the water was so low I  had to push my boat through the sandy bottom a bit before I could get going again. 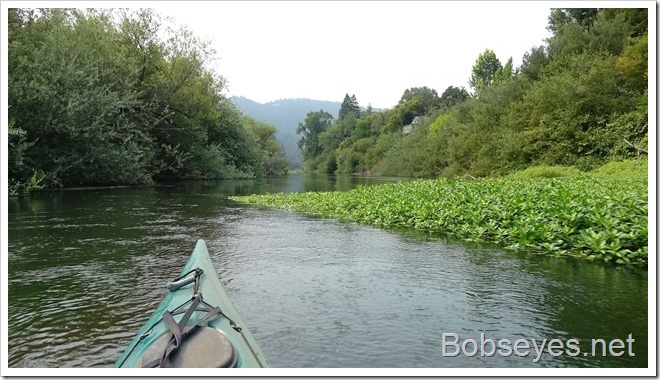 I passed by these ducks who kept an eye on me but didn’t take off. 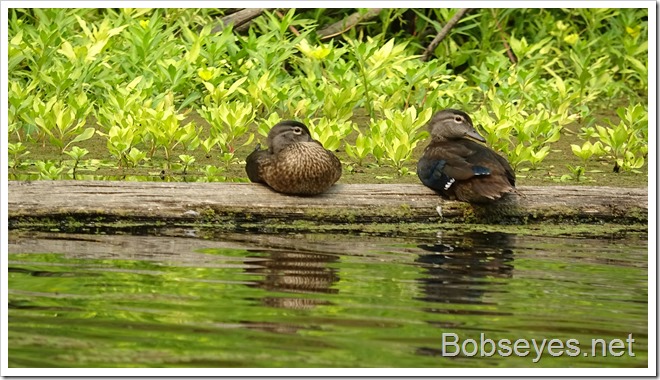 If I remember correctly this is some kind of bittern, or maybe a green night heron? 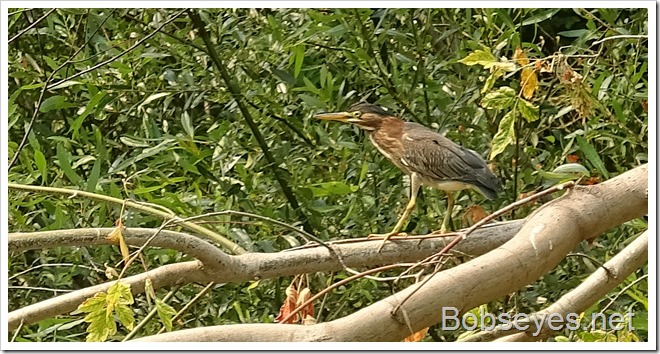 I was surprised to see a boat on the water and I knew the guy, Andrew how lives down this way. 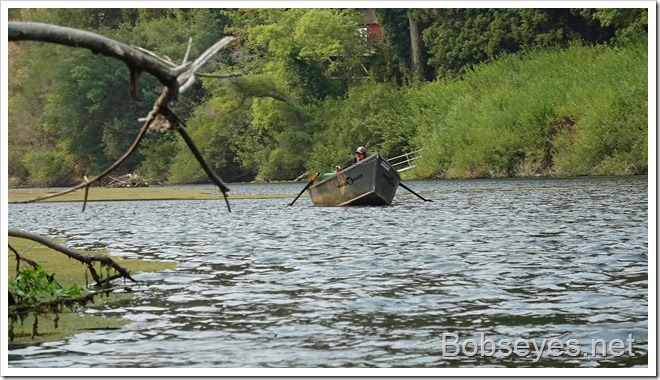 Andrew was fishing for bass and was catching some small ones as I pulled in behind him. We shot the bull as he fished away. Just before five he said he’d told his wife he’d be back at five so he took off and I went down the river the short distance I was going today. 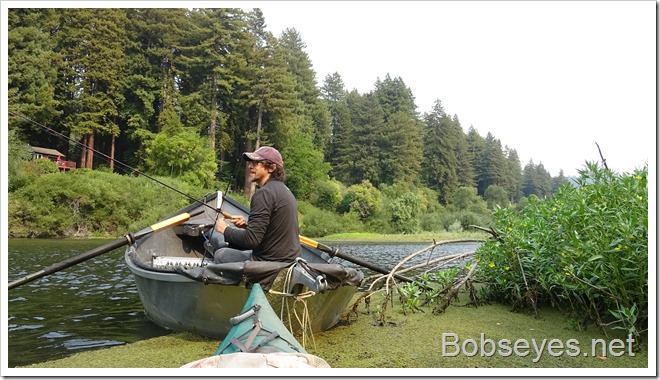 I sat around the Villa Grande hole for about a half hour just watching things and enjoying the day before I started back up the river at  my slow pace.

This great blue heron was intent on fishing until it saw me going by so stopped to make sure I wasn’t going to mess with it before it went back to fishing in the shallows. 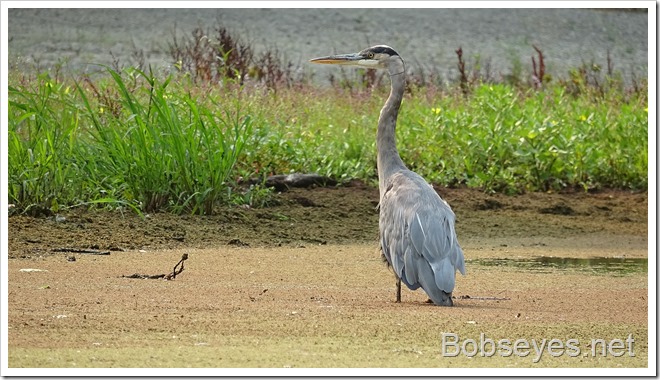 Back at the Monte Rio boat ramp

It wasn’t long before I was back at the Monte Rio boat ramp where I landed and loaded up my car and drove on home abut five miles or so. 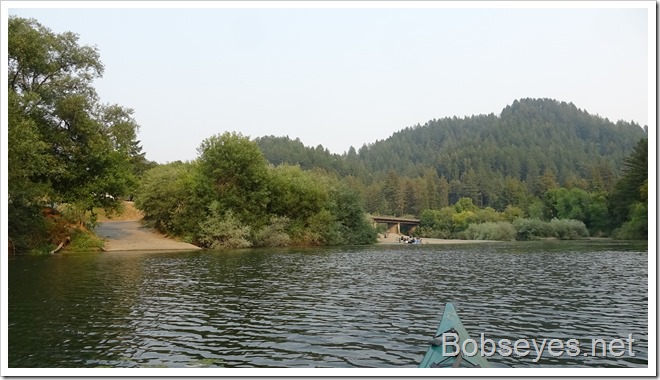 Once home I chair hopped around the yard eating grapes and mulberries and even a few ripe strawberries until it started to get dark when I went in the house for the day after shutting the chickens up in their pens.