Checking Out Armstrong Valley Farm, Pickling Eggs and Digging and Moving Dirt On a Windy Day

I went to the chicken pen to get some eggs this morning as I want to try pickling some eggs. I got 38 eggs which I think will fit in a gallon jar. 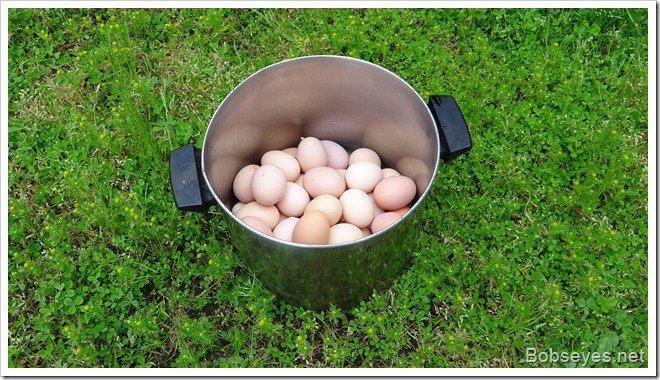 I put them on the stove to cook and then cooled them in water. I’ll finish the job tonight as I have other stuff to do in the day light.

After that I went for a little walk through here. 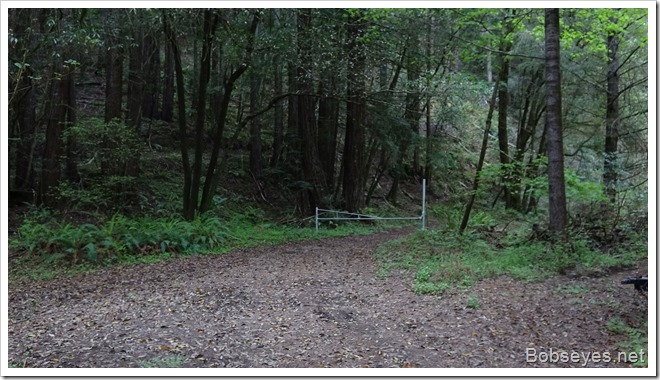 And over to one of my brother Tom’s gardens where he was working putting up another place for starting his plants. 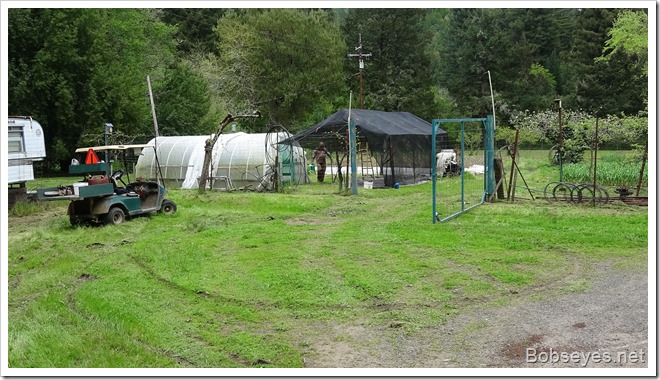 Getting ready to plant

With spring coming on strong he’s prepping things to get ready to plant his little plants he’s got started. There’s some carrots on the left there that are pretty small yet. 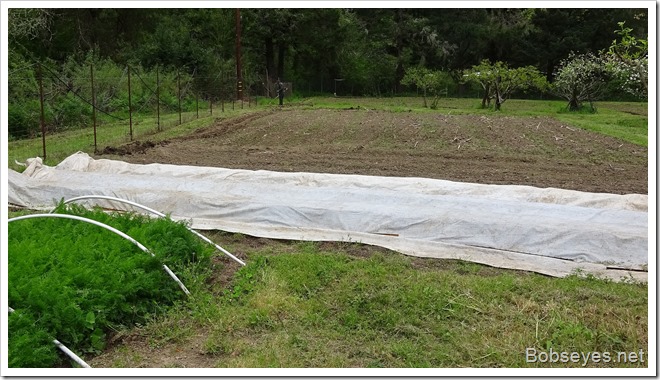 Chickens got a mouse

I walked back home to do a few things. The chickens came running by me. One of them had something and was leading the others around showing it off and daring anyone else to take it away. It turned out to be a dead mouse I think one of the chickens killed. I’m not sure they know what to do with the mouse but eventually they’ll likely eat it as there’s not much chickens won’t eat.

There’s a mouse in there somewhere. 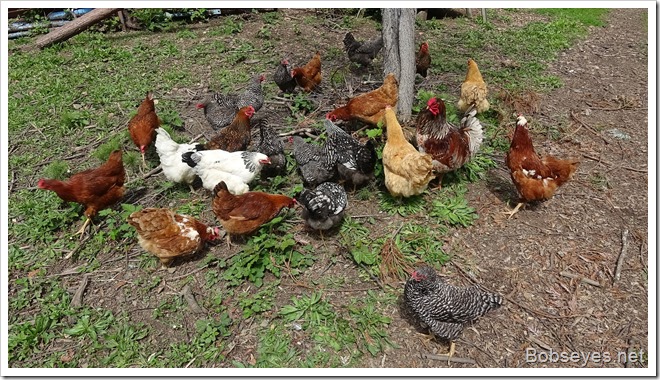 They were still playing with the dead mouse an hour later.

I continued my walk on over to another one of my brother’s gardens to check out what was growing there going through this old gate. 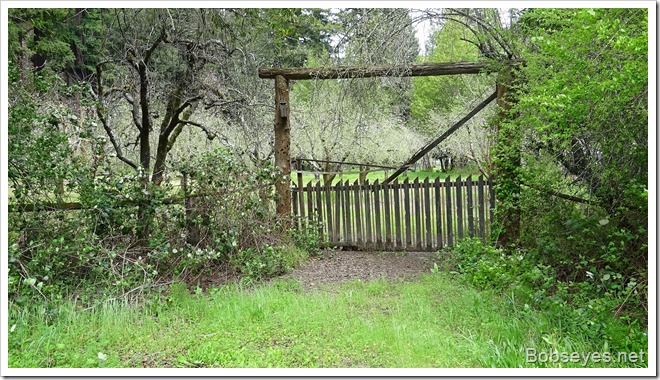 And by this creek. 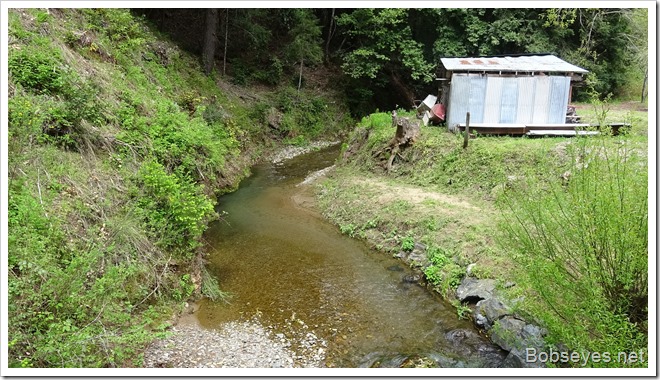 There’s his garden up ahead. 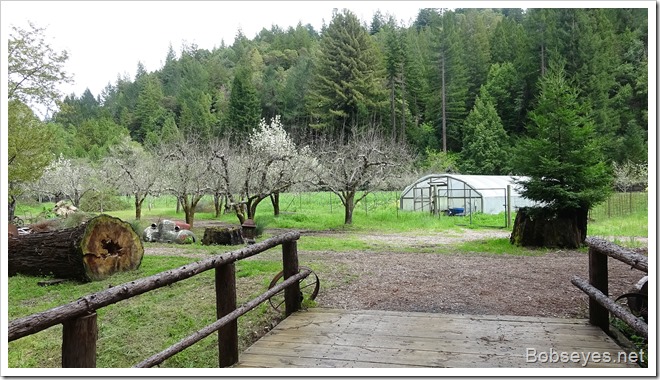 I opened the gate and walked in. 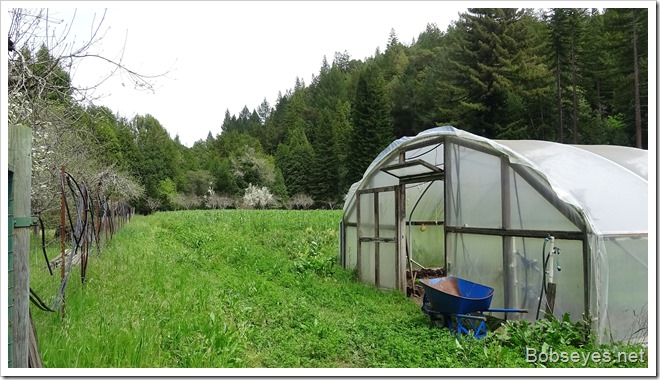 This is what his green house looked like. Lots of plants growing in there some almost ready for the market. 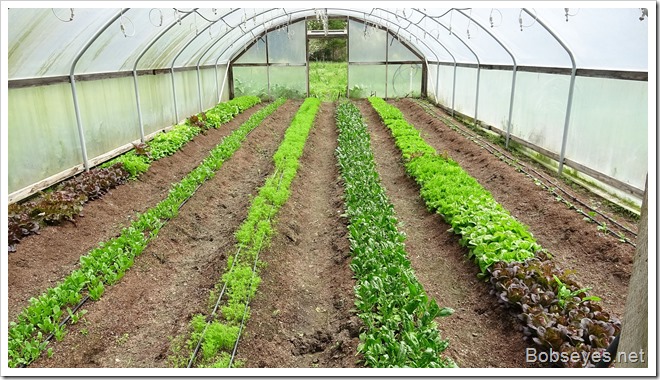 I walked around the field. His bell bean cover crop is just about ready to mow down and work into the soil. 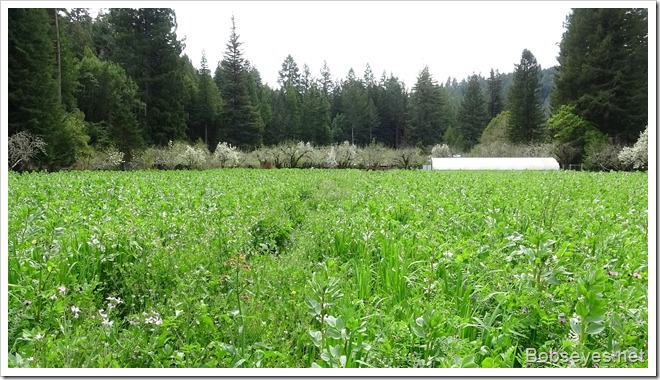 I headed back over to my house to do some garden prep of my own.

Here I’m removing a shovel depth of soil to another spot as this soil is loaded with chicken poo and I’d like to put some woodchips in this grow pen to soften the soil up a bit then plant it in milo. 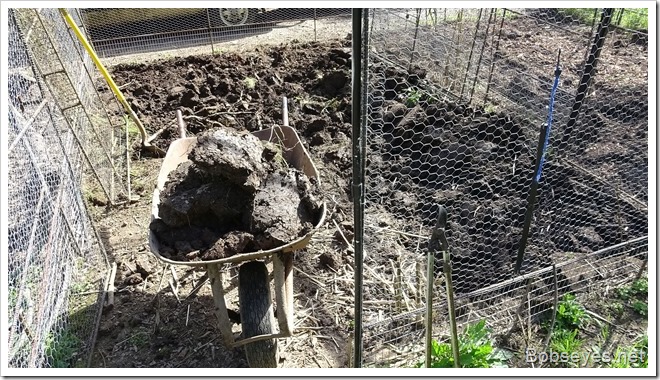 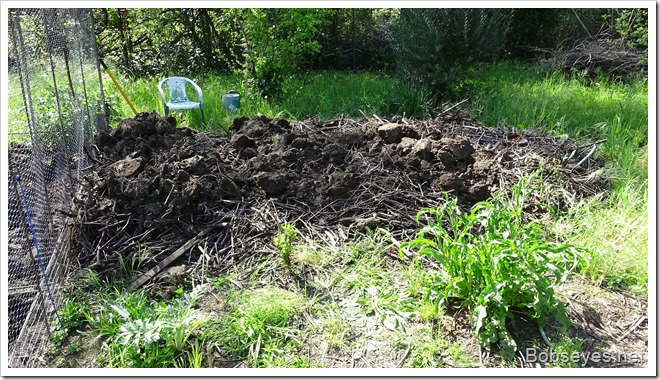 Here’s the operation from the grow pen which is to the right of the wheelbarrow to the stick pile in front. The reason I’m planting on the sticks is there was a pile of them there in the way so instead of moving them I decided to just try planting some stuff on top of them so a bit of soil should make that all go better. The soil has a lot of chicken poo in it and may be too hot so to be safe I will plant in some other soil I add on top. That’s the last load of soil and the grow pen is done for now. 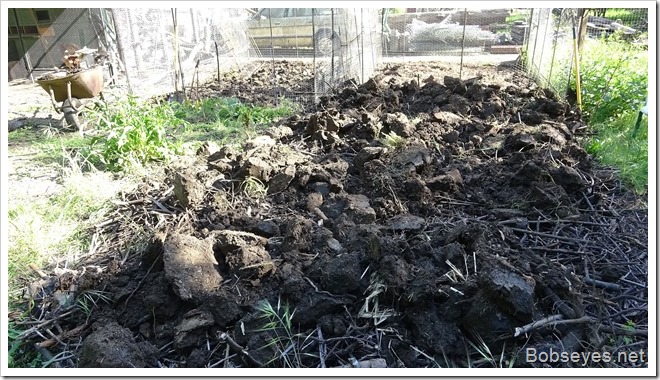 I was too tired out to put the woodchips in the dug up grow pen today, maybe tomorrow.

My brother came by with his tractor and mower and mowed this spot to get ready to plant it. I plan to fence it to keep the chickens out of it and the fence will be good to grow pole beans on along with whatever else he plants in it. 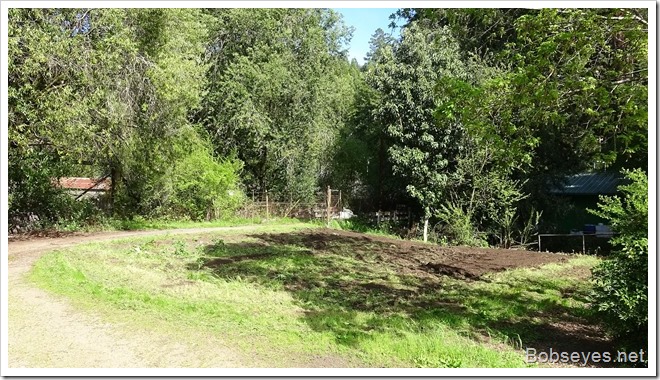 Today was a windy day. I think it was the windiest day I’ve ever seen in this valley. Tom was having a  hard time keeping this temporary hot house up. 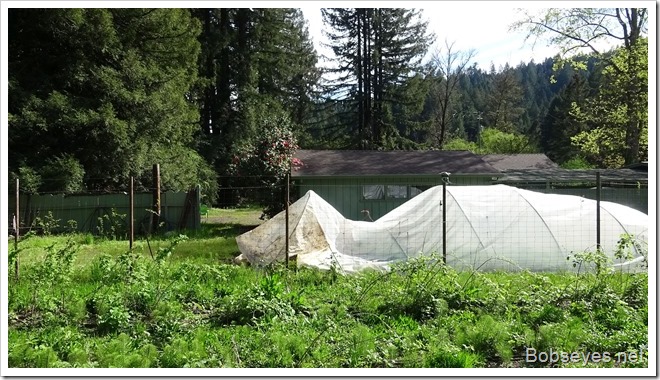 Even with the wind it was a nice sunny spring day. Everything is greening up and growing like mad.

1 Response to Checking Out Armstrong Valley Farm, Pickling Eggs and Digging and Moving Dirt On a Windy Day