I got up  this morning and went over to visit with Marty and Patti for a bit letting them know what my plans were for the next week.

Today I needed to get drinking water and gas, but first I had an appointment with Adel to go up on her roof and check out her leaky new skylights. I think she said they’ve tried three times so far to seal them and aren’t having any luck. I’ve done a few metal roofs in my time so I have the experience to do it right. But all I  have to do is get her on the roof safely and explain what I think is going on and we planned to do a water test which is the proof of everything. They were trying to say the new skylight was leaking and not their work, so the water will tell the truth.

First I had to get Adel safely on the roof. She was not feeling safe going up there on the ladder, so.

Fist I had her park her truck up close to the house. Now that we had a good base, I put this ladder up, but it wasn’t really tall enough a ladder to get on a roof. It should go way over the roof so one has something to hold onto when moving from the ladder to the roof. I had her get another longer ladder. We than tied the longer ladder to the truck rack and everything was real stable. We used the longer ladder, but I didn’t get a picture of it,  but this is the general setup. 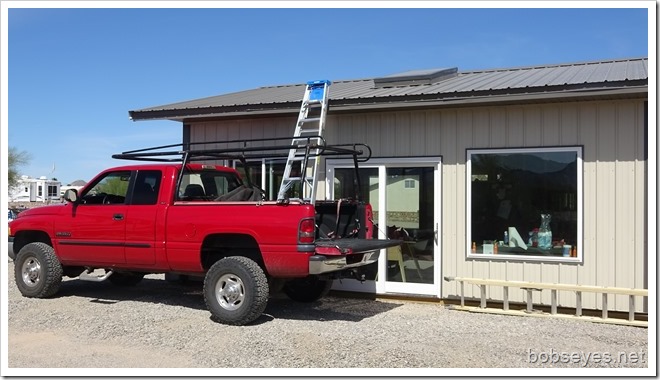 She was still concerned and wanted a rope over the roof so she could hold on so we installed that, although I don’t think we really needed it, but if it made it safer for her, ok. 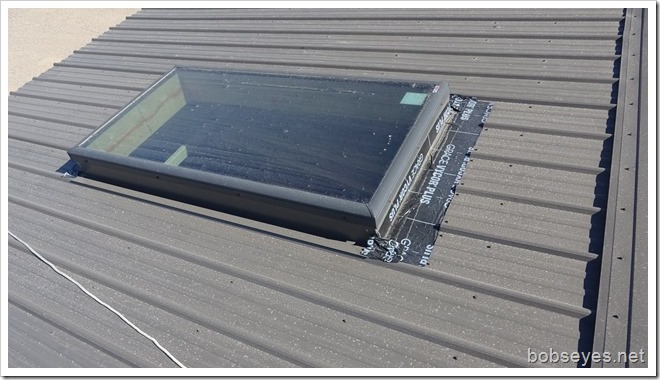 I could see by looking at their work, that it was worse than bad, more like terrible. If the metal was done properly, very little sealer is required and certainly not some tape that the hot sun will eat up fairly quickly. 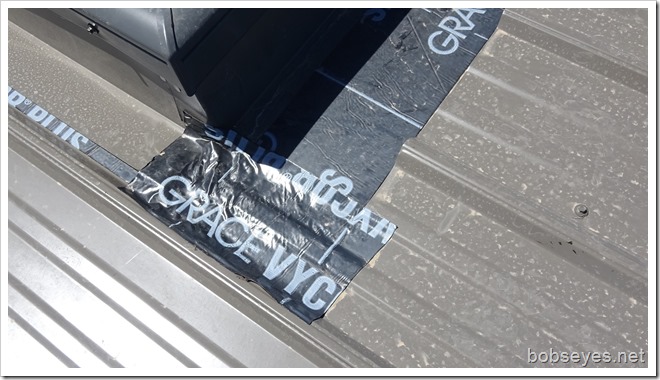 I spotted this nail that wasn’t driven in all the way and not sealed either. This could be a slow leak. 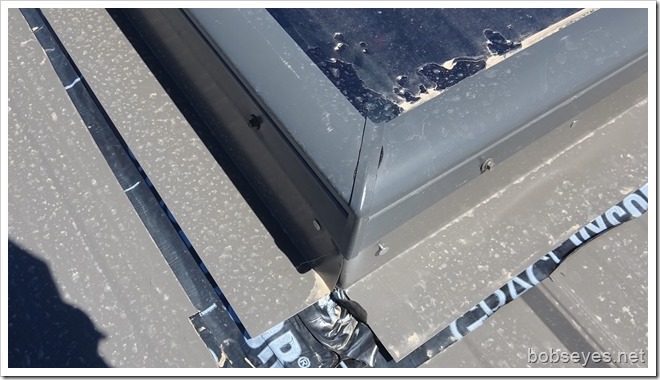 Need to do it right

She was having big leaks. The metal flashing corners should overlap so water goes over them like a waterfall and just flows over the tops and away from the skylight, but they failed to do the metal right, so now, nothing they can do can fix this except temporarily because the sun will mess any sealant up used in time and it will leak again. The right way and the only way to fix this is start over with larger pieces of metal and do it right or it will always cause problems.

The guys doing the work were saying they think the new skylights were leaking so I had Adel get her water hose up there and I started hosing the roof down from bottom to top keeping the water off the skylight part to check for leaks. If it leaked the flashing was bad. So I watered while Adel went into her house and watched for water. 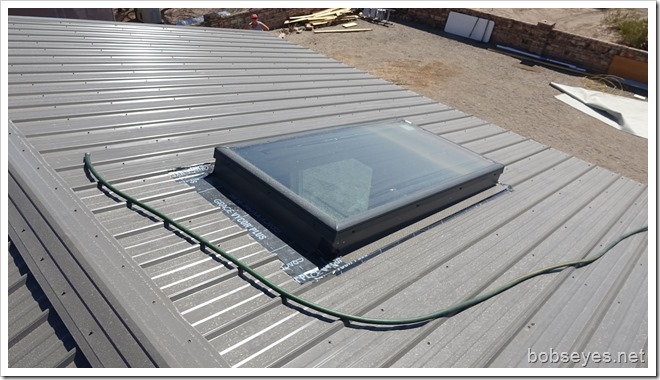 The first sky light leaked real bad near the top where all the tape was. We tested the other skylight as she said it was ok during the last rain, but it leaked too, so now we know the skylights are likely ok, and the work they did is real bad. Lucky she has a five year warranty, but if they don’t fix it right, it won’t be long enough.

When we got done she called them and told them what we found and asked if the guy wanted to talk to me about it. He didn’t which was ok with me because trying to explain stuff on the phone like this isn’t easy.

I’ll check back on Tuesday

They said they’d be here next Tuesday so I’ll be coming out of the desert on that day and will stop by to see how things are going.

Just as I was leaving her neighbor came by with his tractor to spread the gravel out for her. 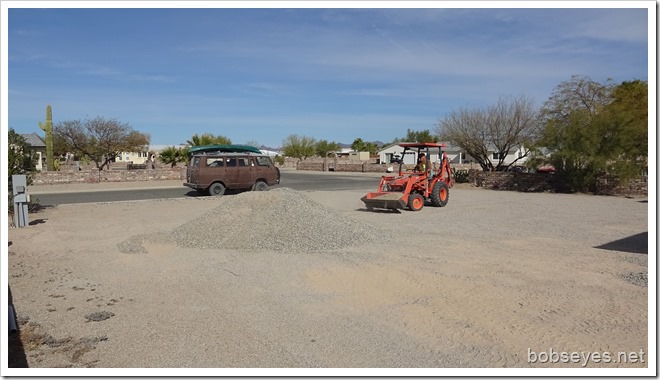 My Friends tell me the PitStop is the best place to get the best water around here so I drove over there to tank up.

I took off and drove back to Quartzsite and went to the PitStop to get some drinking water. 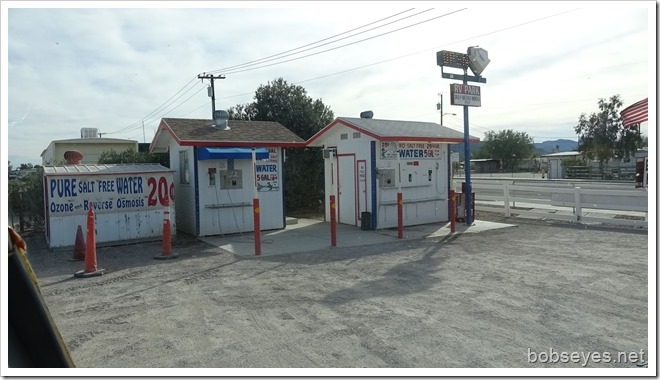 I took on five gallons just to have plenty of extra and then headed to the gas station for gas.

From the gas station it wasn’t far to the library to do internet stuff and post this blog.

My plan is to head for the Kofa tomorrow and go to a place called Horse Tank just below where I was last time.

I’ll be there until next Tuesday so you’ll hear from me again when I get back.