I was getting the dirt bike ready to go up into the hills and check how much water the springs were putting out when my brother Barry pulled in with his truck and backed up to the mulch pile to get some mulch for his yard. So I sat down and watched him while we shot the bull. 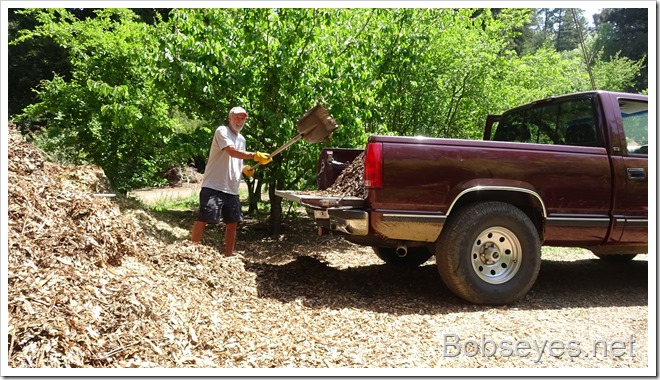 After that we went over to the chicken house and got him two flats of eggs to take home and he left.

In the mean time my brother Tom comes by and says I need to unload the Toyota as my neighbor has more blocks. If I did my neighbor would load it up again with concrete blocks  for me as he wanted to get rid of them.

So I took the blocks to where I’m working on extending the convert and unloaded them. 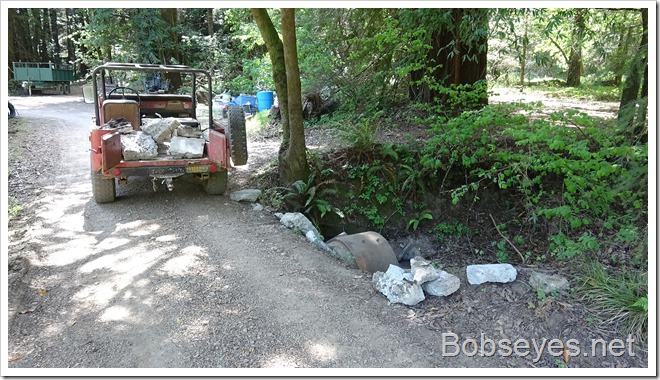 Since they needed the Toyota to load it up again, I drove it back over there and will stack these blocks a bit later today. 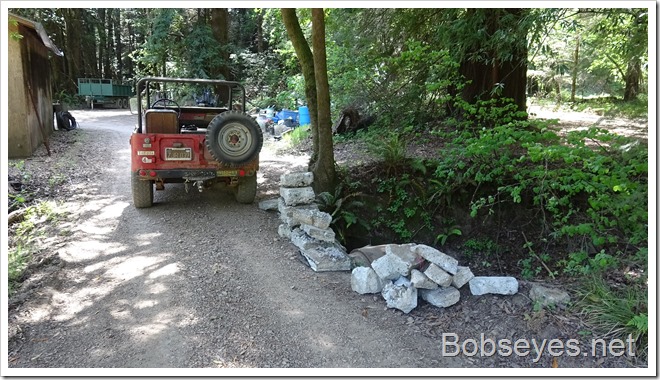 From there I got the dirt bike out and headed up to check our springs to see how much water they were putting out.

I stopped here to check a spring up in the ravine going up the trial on the right by the big trees. 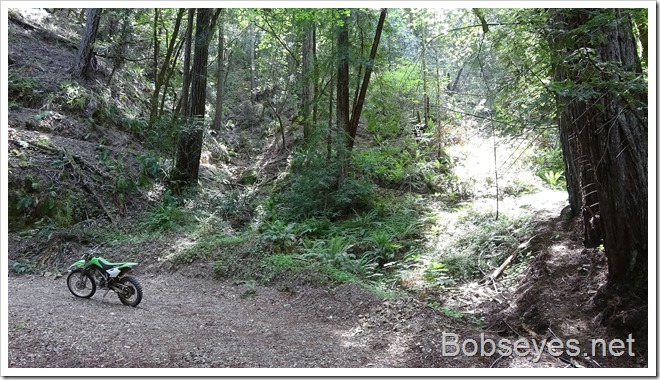 Spring is slowing down

So I rode up to here where our main spring is to check it’s output. 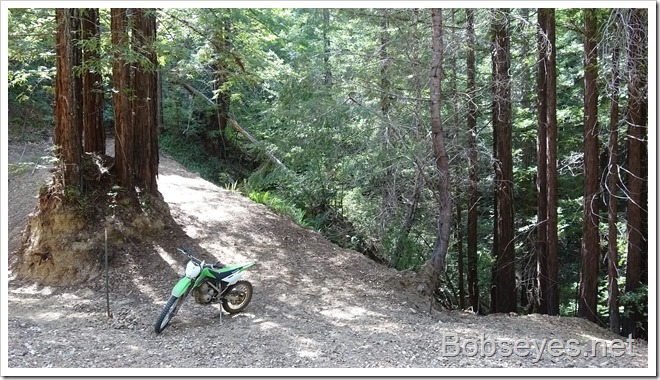 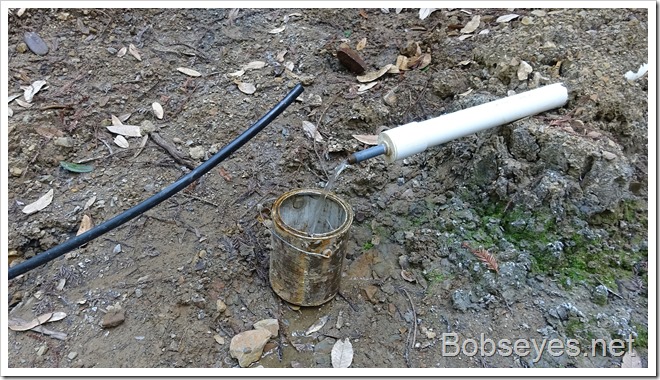 From there I rode back down the hill and went over to get the Toyota again as it was full of concrete I unloaded it and took it back to be filled up again. I then stacked all the concrete blocks I had so far which looks like this now. 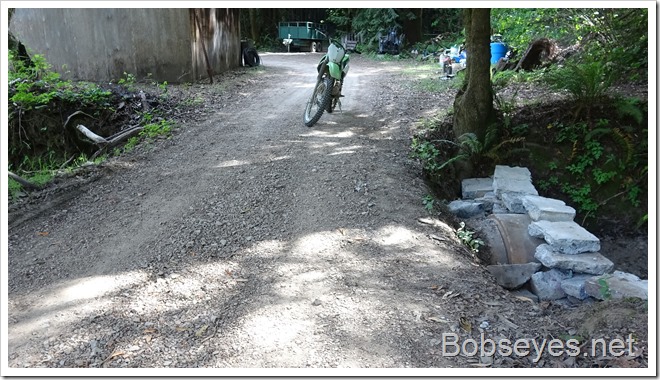 After that I went over to my brother’s gardens to check the strawberry patch to see if any strawberries were getting ripe yet. 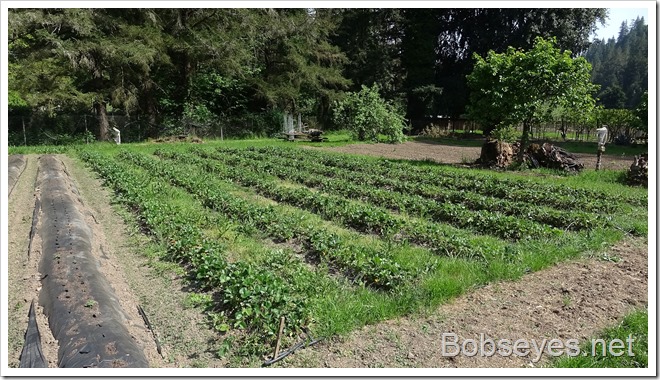 The strawberries were just starting to get ripe so I only got a few. 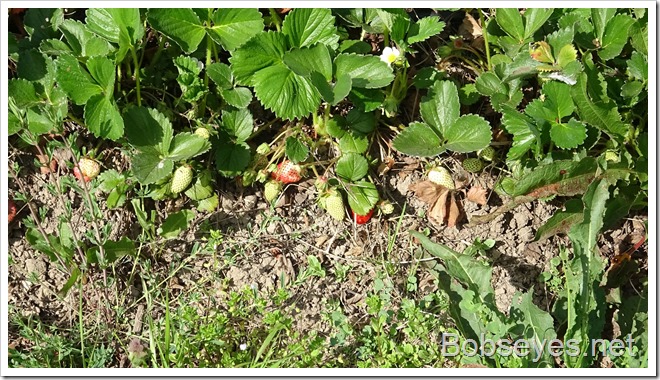 Back to moving blocks

When I went back, my Toyota was full of concrete blocks again so I drove it over to unload it and stacked them into place. 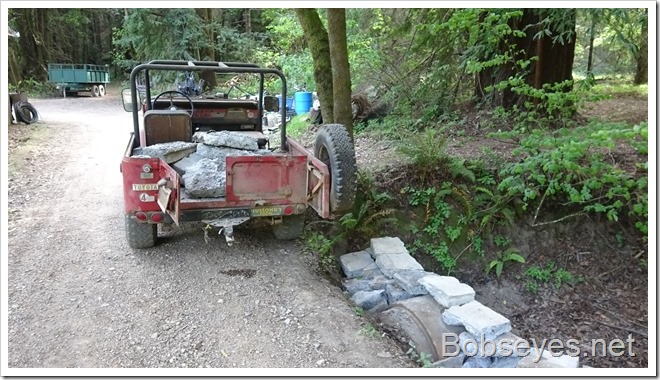 I needed some filler so I drove to this pile of rocks and loaded up half of them and thought it’d be all I can do to get them unloaded for the day as I was getting beat. 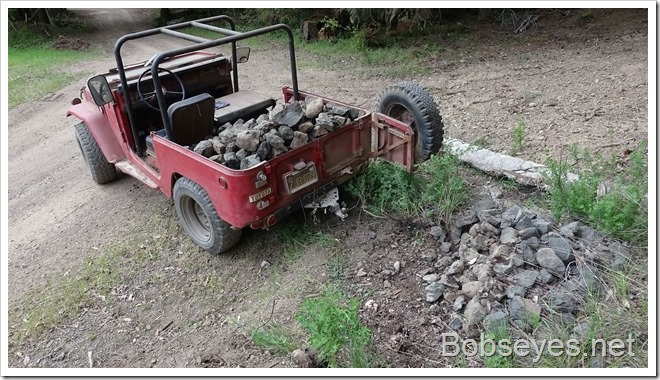 I did spot a few of these little critters under the rock pile which I avoided. 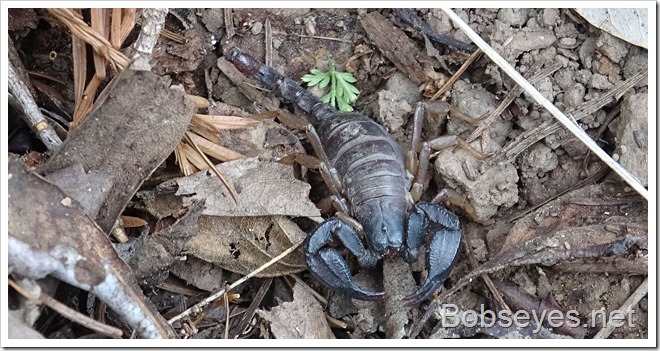 I unloaded the rock to fill in behind the blocks and I’ll get the rest of the rocks in next time and I’m hoping for at least another load of blocks which should about fill this up nicely. It was very timely for my neighbor to be getting rid of these concrete blocks as I didn’t have many of these nice big flat ones before that and the big flat ones are just what this job needed. 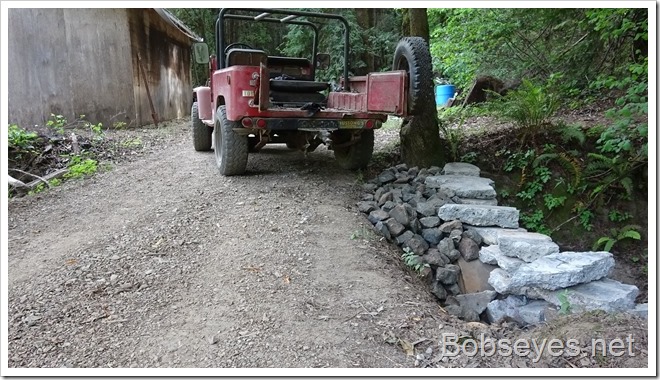 You can see I need a few more blocks on the left side. 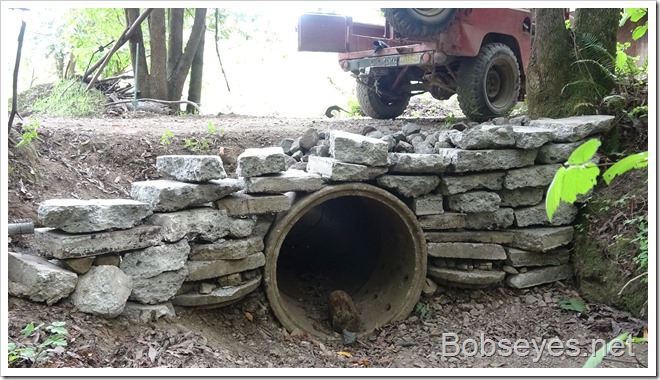 I was done for the day so I went on home for something to eat and I also did some resting.

I got some exercise and quite a bit done on this project which was good.