Checking the spring pipes for holes

It’s the time of the year when the water springs start to slow down a bit. So about this time of year, each year, I walk the spring supply pipes to check for leaks and any other stuff like kinks. The wild animals tend to chew through the black plastic pipe to try and get some of the water they hear flowing down it, in the process punching holes in the pipe that let water out instead of going into our tanks. They tend to do this during the dryer times, which is usually this time of year.

I got a roll of black tape and jumped on the quad runner and headed up into the hills where the springs are.

I rode through this area on the way. 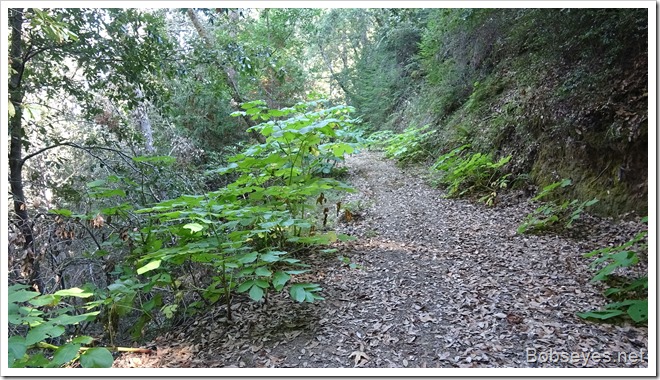 I rode up to here near the top of the pipe, just under where the main spring comes out of the mountain. I checked the pipe first up the hill and then down the hill. 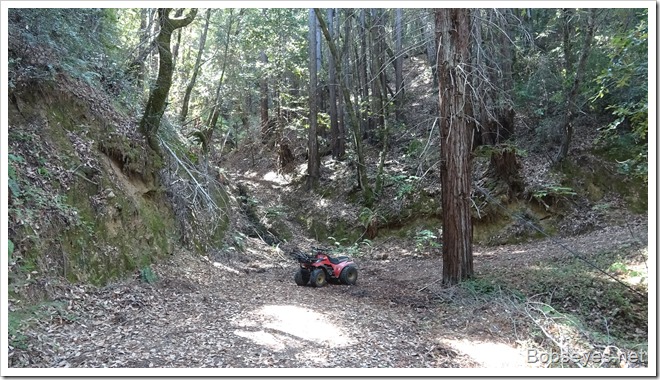 This was the first leak I located. It’s not really leaking much water. These pipes are not under pressure.  Spring water flows into the pipes and flows by gravity down to our collecting tanks near the bottom of the hill. 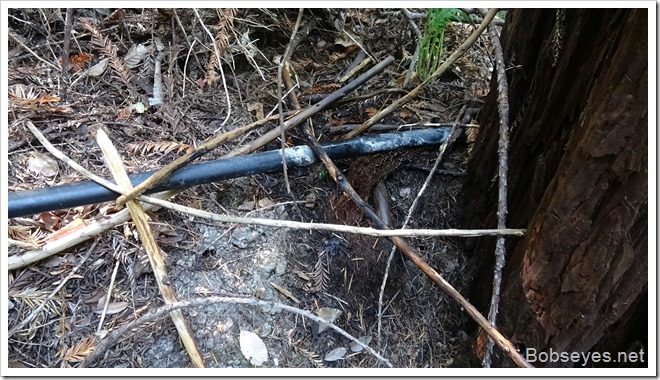 I cleaned the pipe up and put some black electrical tape on the pipe to cover the tooth holes made by some animal, usually a rat, a raccoon or a squirrel. 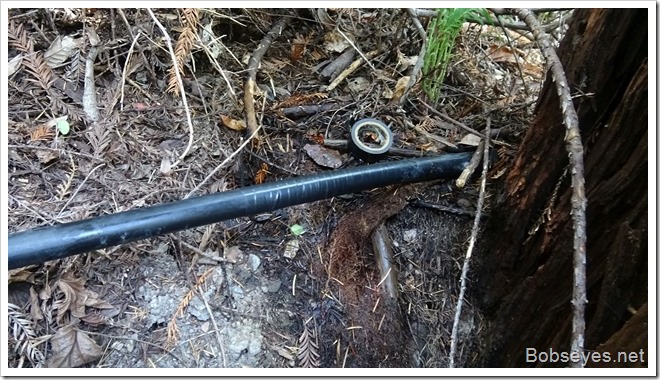 The pipe just goes straight down the hill so I had to follow it down through here. 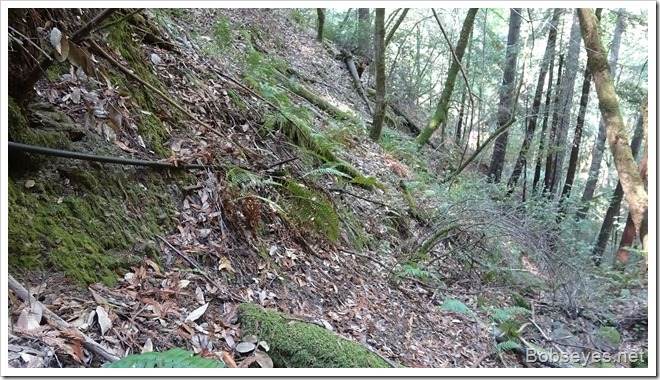 And down this ravine. I found a couple more little leaks down here and fixed them and climbed back up the hill to the bike. 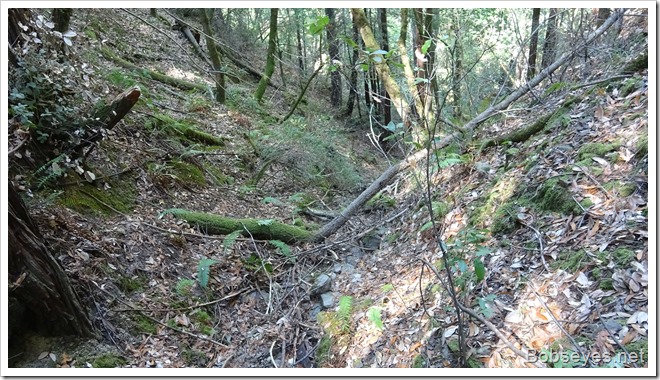 Leaks weren’t too bad and weren’t leaking much water, but you never know until you check.

I rode through here on the way down to where the water tanks were. 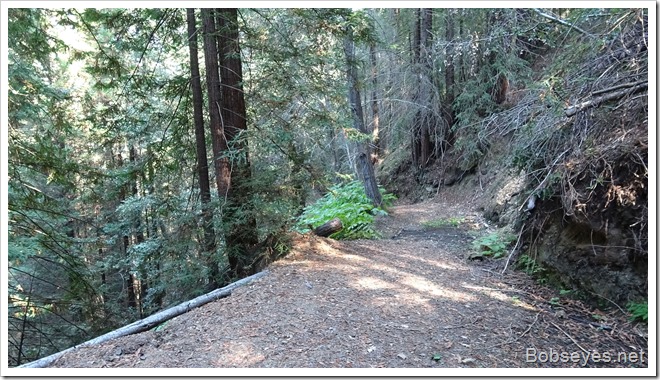 I checked the water level on the tanks and found it not real good. 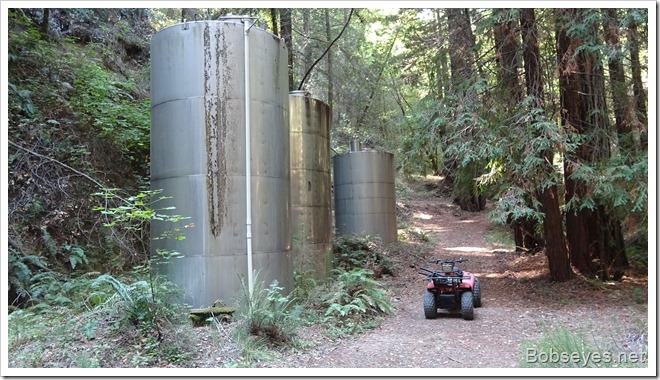 The ball on the gage say the tanks only have about three feet of water in them. It would be better if it said they were almost full. Ball gauge is on the left. 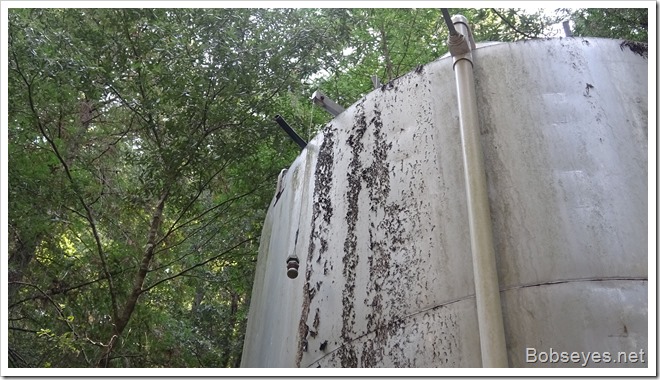 That just means my brother Tom just needs to use a little less water on his gardens.

I rode on home for a nap.

Working on the van’s leaky roof

After a bit I went back outside and had another look at the van’s roof leaks. I scraped some more and found all these holes where the metal had rusted out. They are the ones in the gutter and  little hard to see. 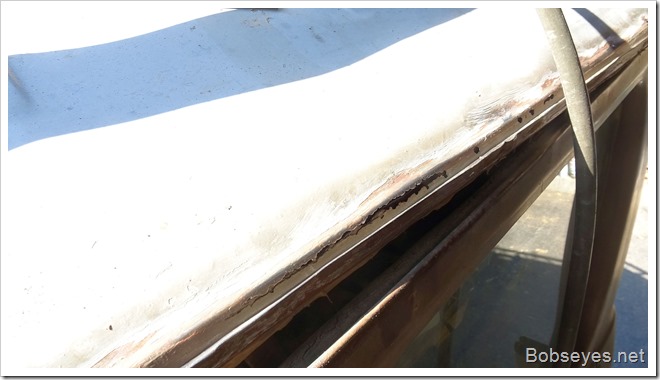 Some more of the rusted out metal letting water leak into the  van when it rains. 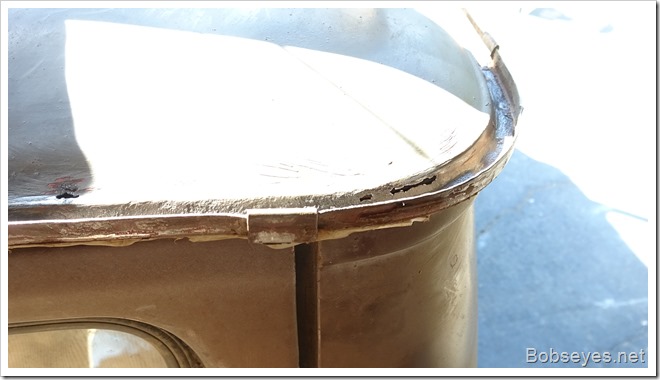 My plan was to use some epoxy to seal up the rusted out parts for the first pass.

So I got the epoxy out and started mixing it up. Some may know this epoxy as  JB Weld. 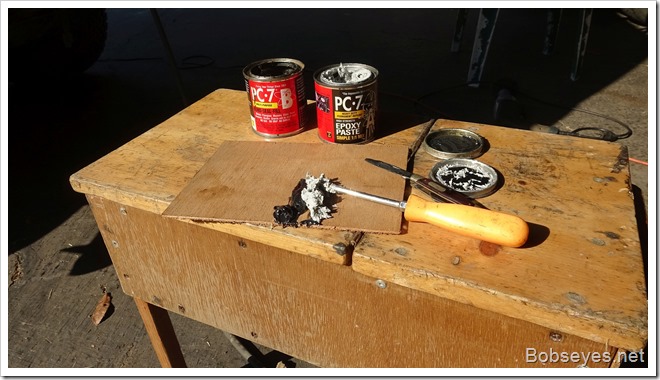 I pushed and smeared the epoxy into the cracks as much as possible sealing up all the holes. The epoxy is the grayish stuff. 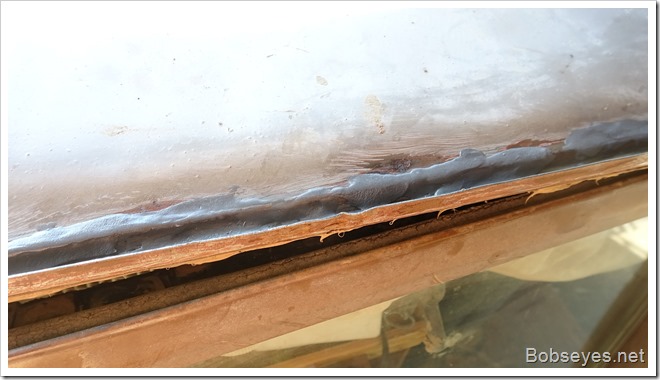 This epoxy takes 24 hours to cure so that’s all I could do for that for now.

The day was almost over so I went in the house after that and that was my day.