Checking Our Spring Water Supply and Taking It Easy

I didn’t have any plans for the day so after taking care of the chickens I sat around in the yard for a bit just enjoying the day.

I was thinking it’d be a good idea to start watering to get the weeds growing for the winter so the chickens would have more feed that I wouldn’t have to buy but I wasn’t sure just how much water we had in our water tanks from our springs.

So, I hopped on the dirt bike to go up in the hills and have a look going up this road. 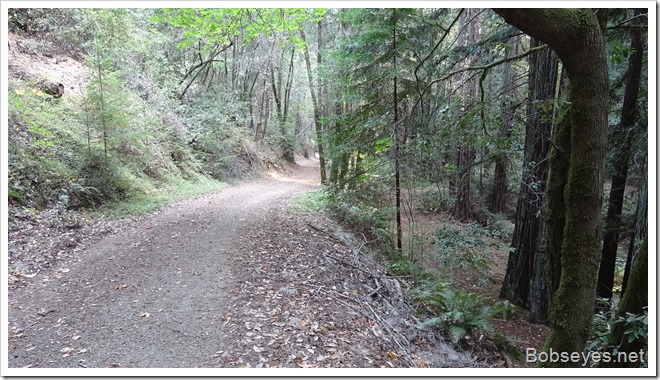 I could see the water tanks from that road. 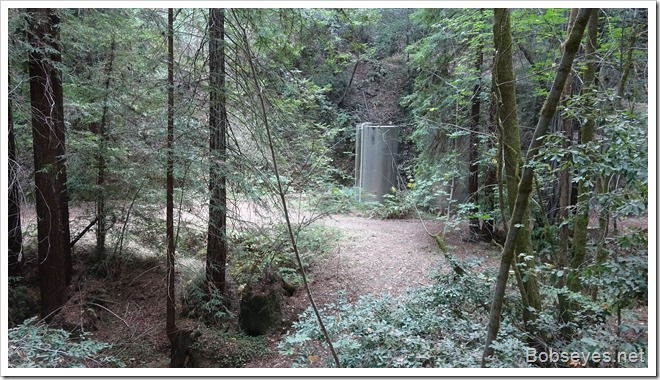 And could see the ribbon on the side of the tank that indicated the tanks were down about a quarter from the top so there was plenty of water. 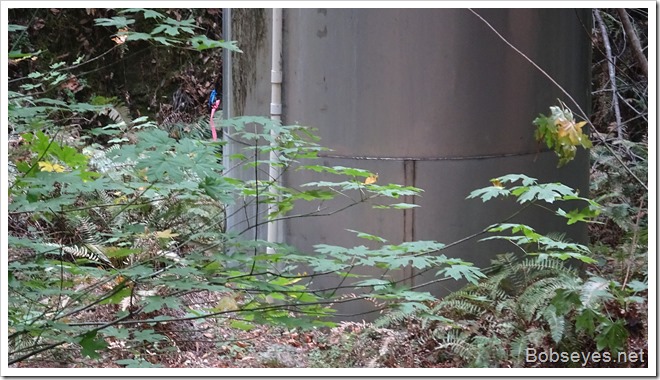 I continued on up the hill to the Guerneville overlook here which is on a ridge top. 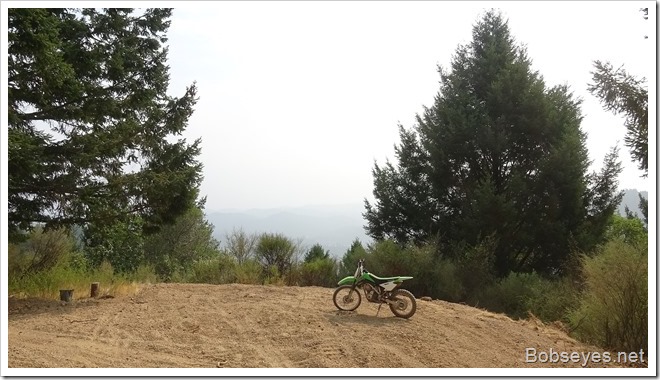 It was a  bit smoky from the recent forest fires. A bit of wind would take care of that. 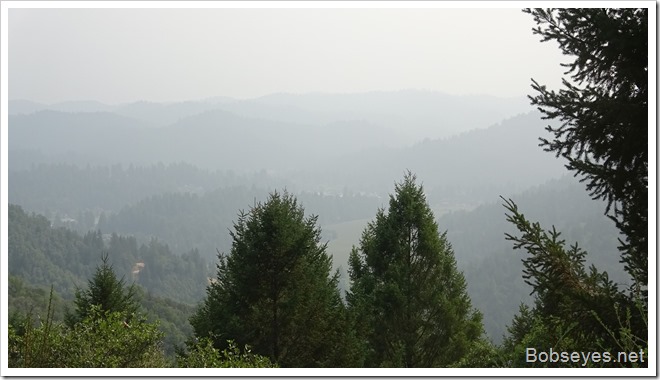 I rode the dirt bike around a bit then stopped at this spot to have a look at the black plastic water pipe from our springs crossing the road. During the recent forest fire a big machine had a bit of trouble getting by the low hanging water pipe. Later the guy asked me how come the pipe was so low and I told him I didn’t expect him to be coming by with his big machine when I installed it years ago. So I looked at it to see what I needed to do to rise it up a bit. I mostly need a ladder to fix it higher on the metal pipe pole on  the right which I will do later. 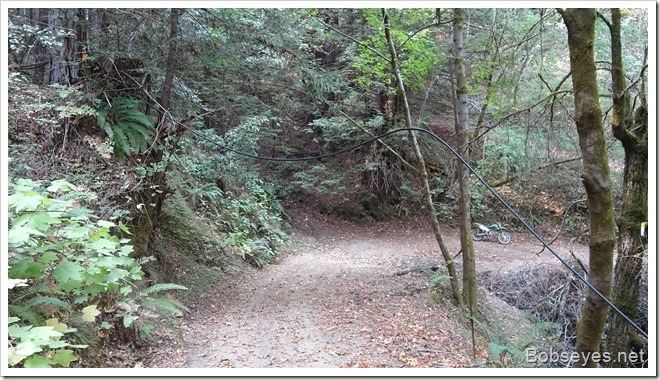 I made my way up the hill on the upper side of the pipe and raised up the pipe a bit for now there. 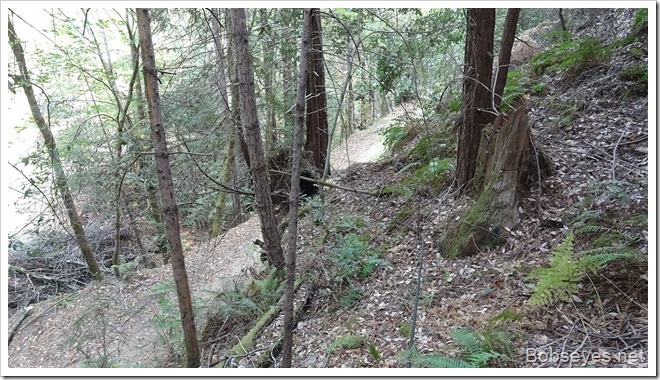 And then I worked my way down this ravine to get back down to where the dirt bike was parked checking on this spring tap as I went by. This spring is dry right now until the winter rains start which is ok as this spring isn’t one of the main ones. 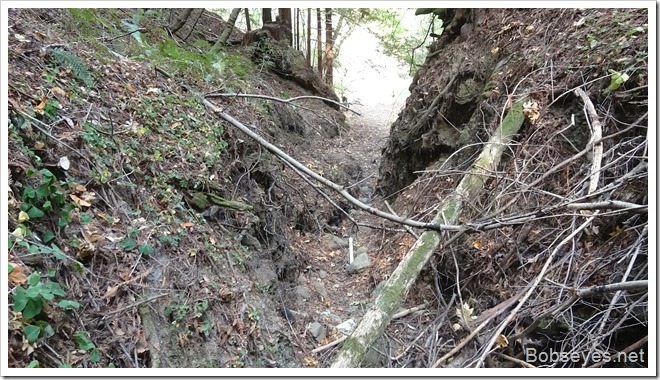 Then I walked this spring pipe trail to check it out. This winter after the rains start and the ground loosens up a bit I will make the trail wider covering up the black plastic pipe as I make the trail wider. That will help protect the plastic water pipe and keep it from burning up if another forest fire should come through this area at a later time and make the trail much easier to walk as I get older and need to work on the water lines for repairs. 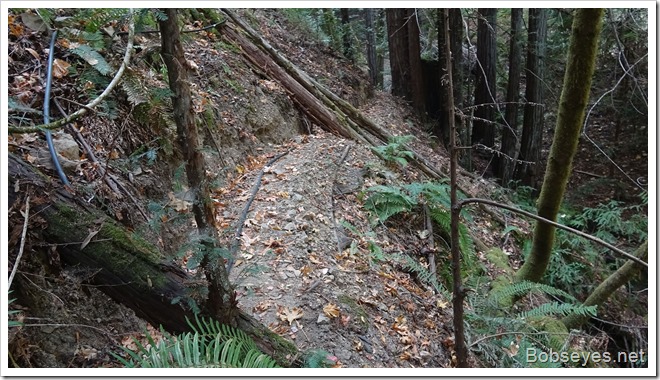 After that I rode on down to where my brother Tom’s garden is.

He’s got some garlic planted here but I was headed for the strawberry patch. 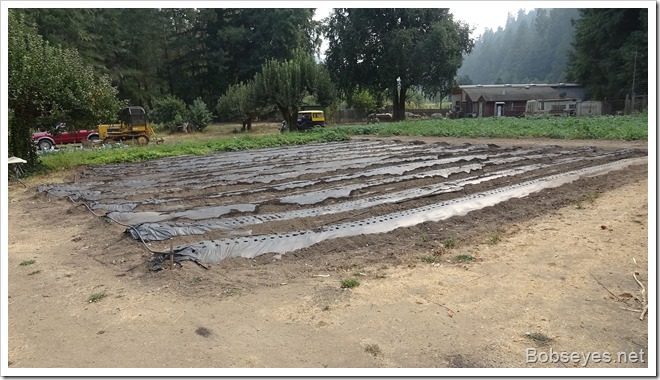 Here’s the strawberry patch a bit overgrown with weeds as he’s finished picking them for this year. 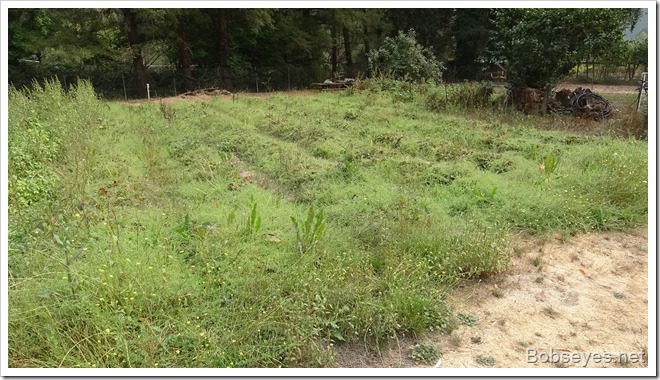 But I’m not finished picking the berries to eat. Quite a few of them have bug bites in them but I was able to find plenty of good ones to eat and I did. 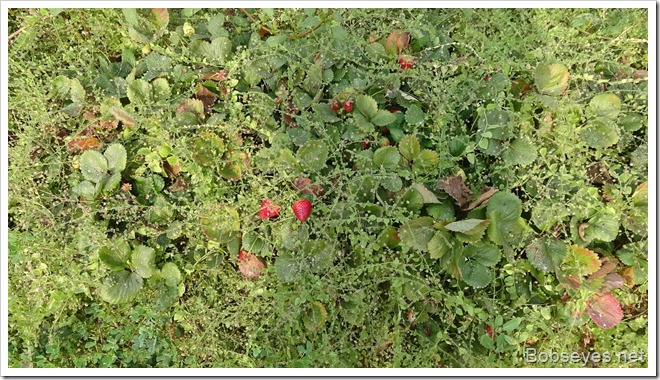 From there I rode the dirt bike on home and mostly took it easy the rest of the day chair hopping and watching my chickens do their thing.

I did pick up this dried out brush I cut during the forest fire and put it in the big brush pile in the back there. 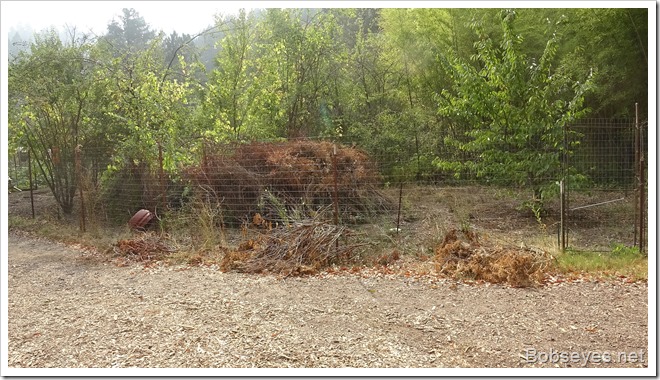 The Hermit sent me an email saying the guys working for him putting in his water line that burned up during the forest fire quit on him and took all his pipe supplies with them and so now I have more work to do to bail him out. Maybe I’ll go up there tomorrow and see what’s up and what needs to be done to get him water to his house.