I was going to go for a dirt bike ride today after the rains stopped this morning to see how the dirt up on the hill was fairing in the fire rehab areas. We had a couple of inches of nice soft rain so things should be good and wet by now.

But first I thought I better get a few more wheelbarrows of mulch done in the chicken pens.

I still  had the fertilized dirt to remove from this spot so I got the tools out and loaded up the wheelbarrow. 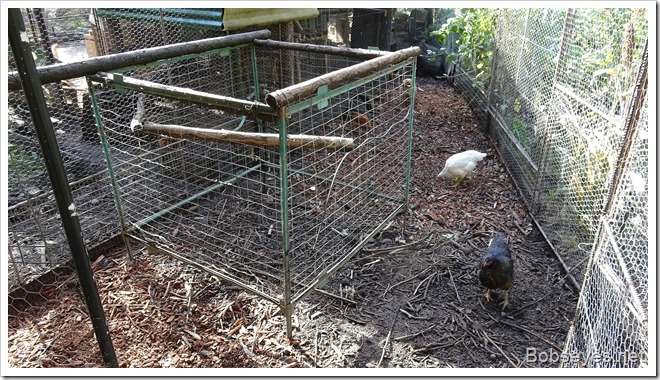 I put the fertilized dirt on the ground here under some of my cherry trees. I’ll let the chickens out soon to spread it around. 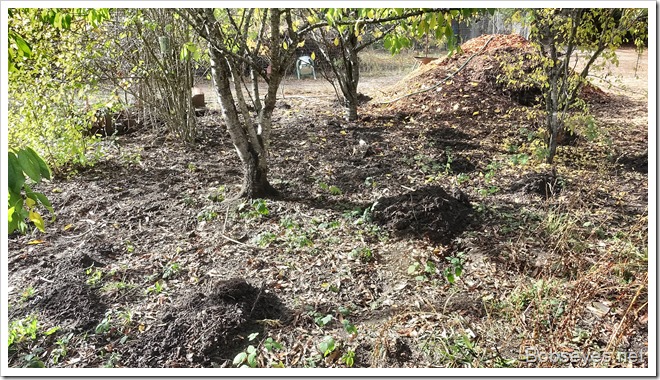 I loaded woodchips for the chicken pen. 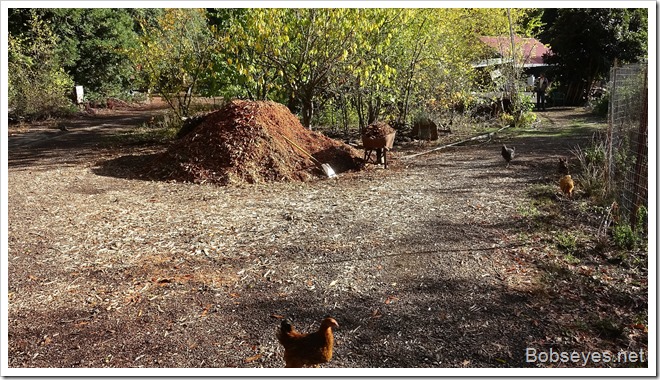 And put in a couple extra loads as this is what I call the mulch pen where I feed the chickens a lot of stuff. 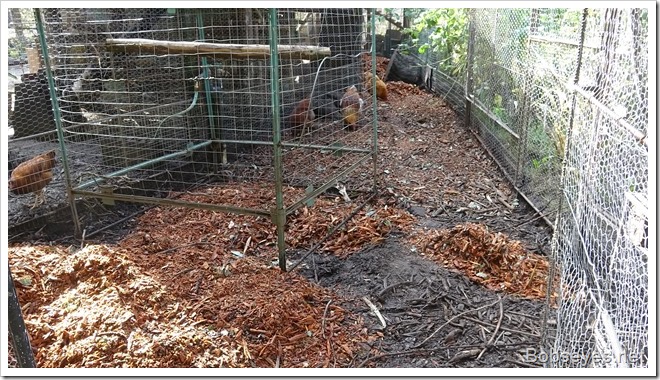 I  hauled about ten loads and needed a break. That’s enough for now.

After a good long break  and letting the chickens out to graze I hopped on the dirt bike to go check out the hills for any erosion problems from all the forest fire work.

I rode on up into the hills and stopped here for a bit. Lots of nice clouds in the sky. 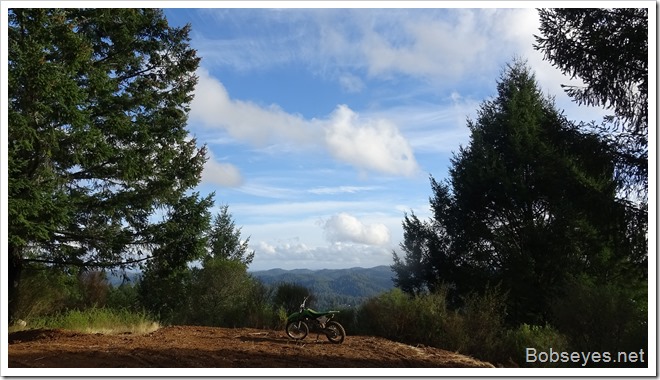 This is one of the fire breaks I checked out on the ridge top. It’s looking good but could use a bit of smoothing out in some places. No erosion in this are. 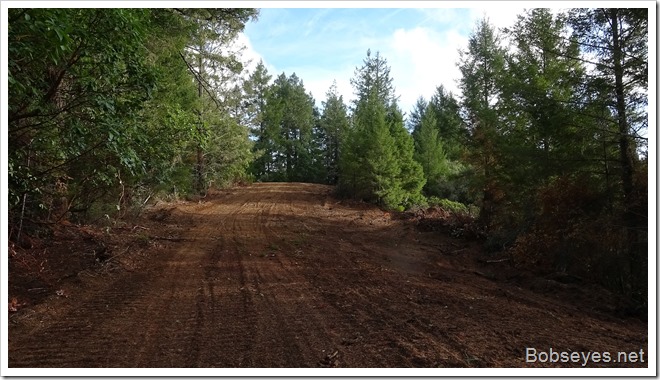 I stopped here to  move some of the rocks off the road. Humm, big rocks good to use to do some road repairs somewhere. Easy to get. 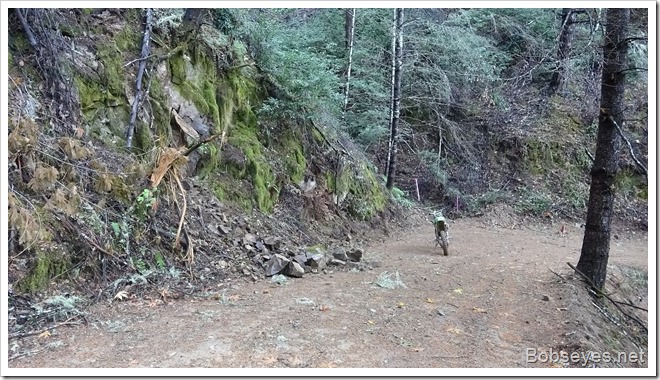 I rode around a bit looking at all the fire rehab areas which mostly looked good except for some needed smoothing out here and there.

While riding around I thought I heard the bike chain slapping a bit, so when I got home I got some tools out and tightened up the chain a bit. 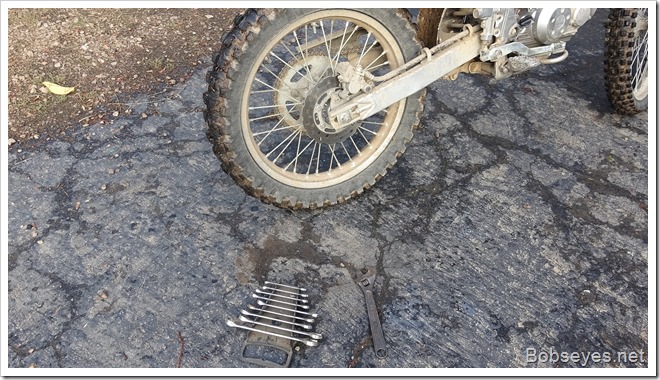 Carmelo falls off the roost so to speak

Oh, I forgot to tell ya that Carmelo the rooster, the head rooster fell off his roost last night which means I found him dead on the ground which means he died last night from I know not what.

He was a good rooster and fortunately he has some offspring to take  his place.

Here’s Carmelo 2 or now Carmelo, Carmelo 1’s son just maturing and starting to crow like a rooster does. 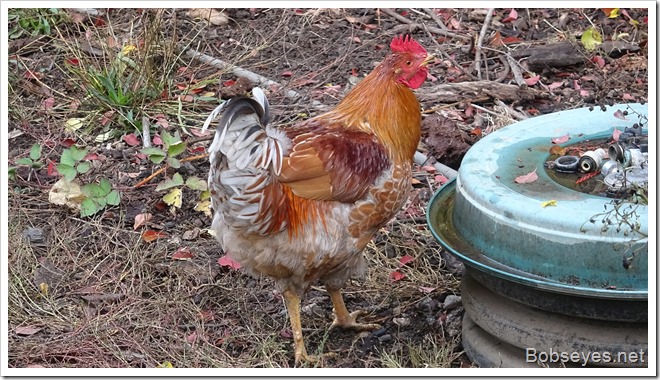 Carmelo 1 got buried under some blueberry bushes as not to go to waste.

Some nice sun was out after the rain stopped this morning which made a very nice day out.