Caring for Chickens, Caring For Raspberries and Eating Them and Vegetable Stew Night

I was still pretty sore from going under the house yesterday so I mostly took it easy. I noticed my brother Barry took off up the hill this morning to cut some trees across the roads so I thought when he returned he’d go on a dirt bike ride so maybe I’d join him later in the day.

First thing this morning, more like noon I took care of the chickens making sure they had water and feed.

Last night after dark I put the third hen in the wooden box with the eggs she was sitting on in the main egg laying nesting area, about 8 of them. At first she wouldn’t stay in the box and sit on the eggs. Maybe because the newer chicks were in there. So I found a small cardboard box and put some wood shavings in it and moved the chicks to the new box. They took to the new box right away and when I put the hen back in the wooden box she stayed and sat on the eggs like she should.

So now I have three hens sitting on about 30 eggs.

Here’s the nursery area with the nesting boxes in it. The hens are in the boxes sitting on their eggs as they should be. 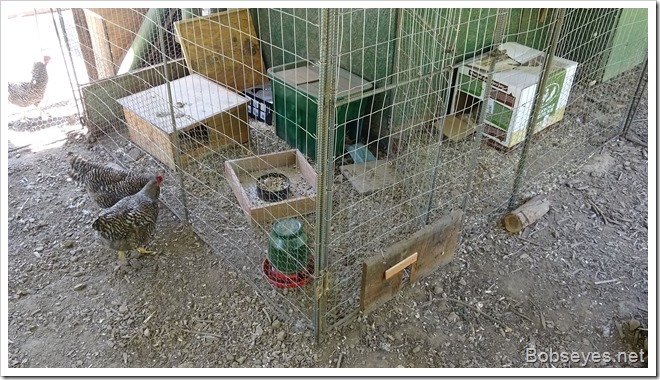 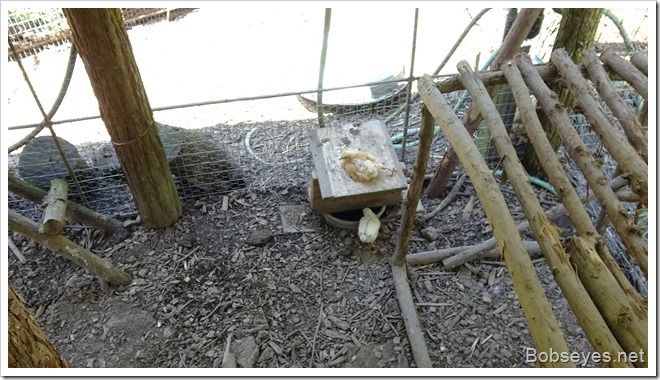 I puttered around turning on water to water the weeds where it needed it. And I ate some raspberries. I eat them just about as fast as they ripen and soon they might get ahead of me.

My brother finally returned from the hills and the first thing he says to me is he is sure is tired out from working.

I asked about a dirt bike ride but he said both his dirt bikes were home at his house as he’s been doing some work on them. Oh well.

He took off for home and I thought about going for that dirt bike ride but I never did get going on that. Too lazy I guess.

But I bet they’d eat the berries

But with the raspberries getting ripe they are now locked out of there as I’m sure they’d start eating the red berries. With that pen shut down to them I opened up another pen for them to graze in.

I plan to make a big pot of vegetable stew tonight so I went over to see if my brother Tom had any zucchini yet for the stew. He had some unsellable ones that would be just right for my stew so I got them and went back to my house to finish off the day chair hopping.

That pretty much was what my day was all about for another nice one.

1 Response to Caring for Chickens, Caring For Raspberries and Eating Them and Vegetable Stew Night