Car Repairs, Sitting Around and Planting the Seed Potatoes

I was sorta thinking I’d start the car’s wheel bearing repair tomorrow but thought it might be a good idea to at least set things up this morning. So I got the jacks out and set it up, first removing the axle nut and wheel nuts. 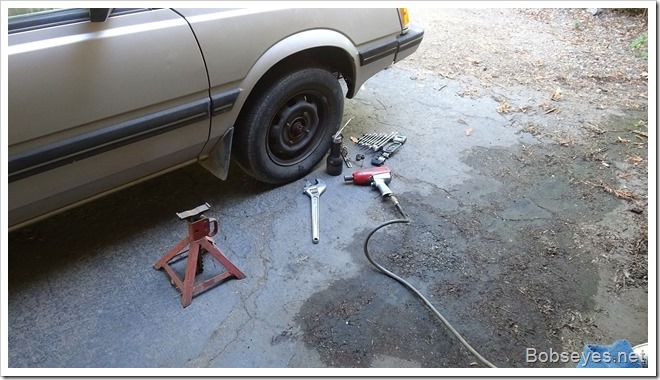 I did a little more work but wasn’t into it so left it to get to when I felt like it if I did.

The chickens were doing well when I checked on them. Here they are in the mulch pen eating some apples. 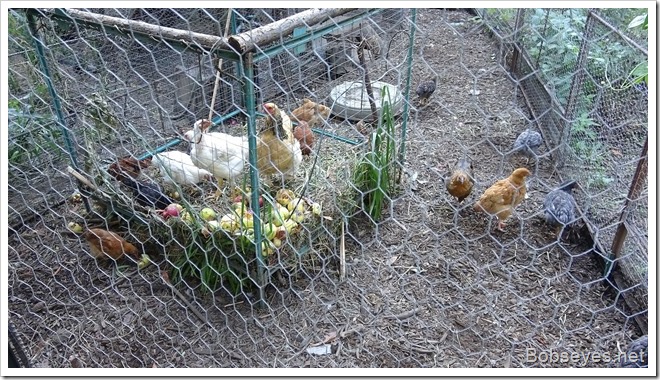 I did some work on the bulk head project for a couple  hours and did some chair hopping and enjoying the day as it was a nice one.

Later in the day I figured I better get something going on getting the seed potatoes into the ground to get them growing as they’ve been in the buckets a bit too long. 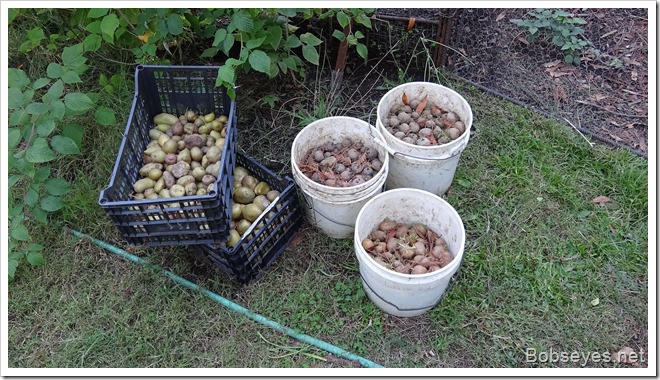 I have way too many of them to do a good job planting them so I came up with a plan.

I spread them out in this garden plot like this. Nothing fancy, just get them out. They look like apples eh. 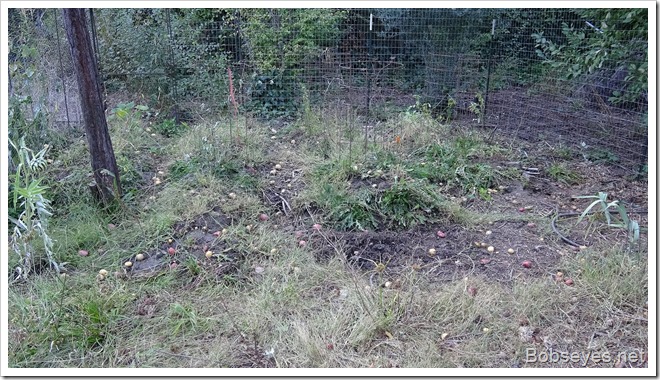 No need to weed, just mulch

Now I didn’t weed the area much as I’m going to put mulch on the potatoes as time permits which should cover them nicely and improve that garden’s soil as things haven’t grown well in it.  Too much fresh chicken manure in there I think.

Anyway here’s where I get the mulch. From the mulch pile of course. 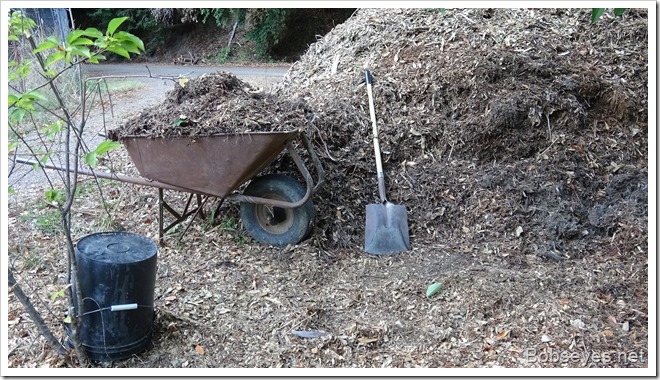 With all those potatoes scattered all over I needed to make a trail in with the woodchips for the wheelbarrow to run over. 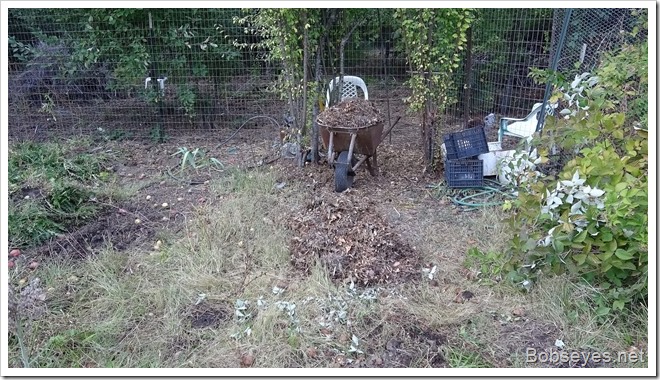 I only was able to get about three wheelbarrow loads in there so far today before I was done for the day. Using this method I have time to get the potatoes covered up and eventually even add more mulch to thicken things up.

Good start on the car

By the end of the day I didn’t get back to the car job, but at least I got the wheel off and the axle nut off. Good start. 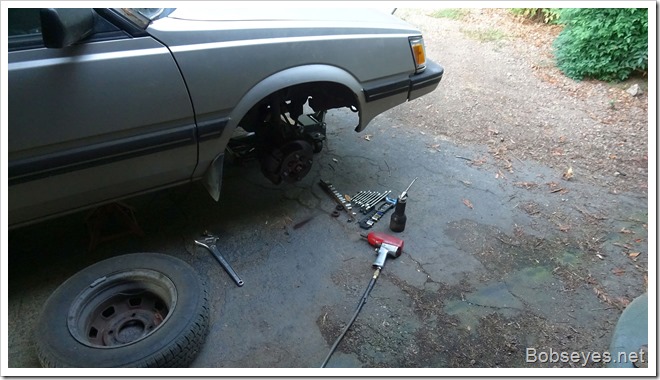 I had plans to do more stuff but sitting around enjoying the day takes a lot of time. :O)

1 Response to Car Repairs, Sitting Around and Planting the Seed Potatoes