I thought today would be a good day to continue with the car repair work I started a week of so ago.

I started with putting on a new oil filter which was fairly easy.

Next I needed to repair the stuck nuts on the exhaust pipes where they come out of the engine. The adjusting nuts were stuck on the studs so they couldn’t be tightened up properly and there’s a small exhaust leak there.

My solution was to hold the stud with one hand with a flat of the nut on my anvil and then whack the other side of the nut on it’s flat with a big hammer. Turn the nut and do it on all the flats. I was surprised when after doing this to a really stuck nut I was able to turn it with my fingers. That worked great and I was able to perform the same maneuver on the other stud.

With the exhaust pipes let down I can now rise up the engine with a jack so I can tighten up the oil pan bolts that I suspect they are a bit loose as I have an oil leak around that spot and have had it for a long time not really wanting to do what I need to do today.

I was able to get it all back together and the studs worked much better with the loosened up nuts as now they could be tightened down properly and stop the exhaust leak there.

Here’s my work area where I spent a good part of today working away. 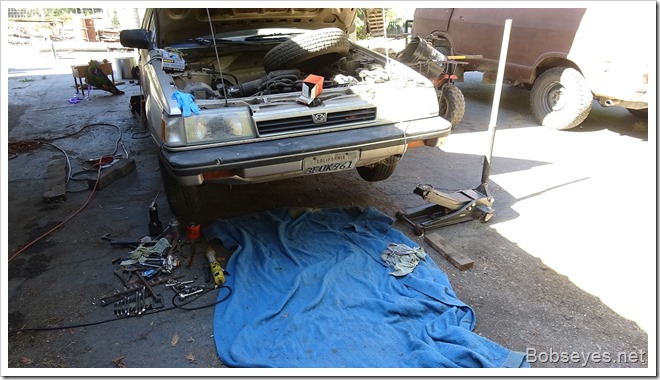 Things actually went rather well considering how messing with exhaust bolts can go.

Blocking rodent holes in the attic

After a break and checking on my chickens I got materials and wire out to work on the rodent entrances in my attic. I decided to go inside the attic and block their entrances there as It might work better than on the outside.

Here’s a little side door that let’s me into my attic just at the right spot. I need to work on plugging holes on both sides of the door. Six or seven spots need some screen. 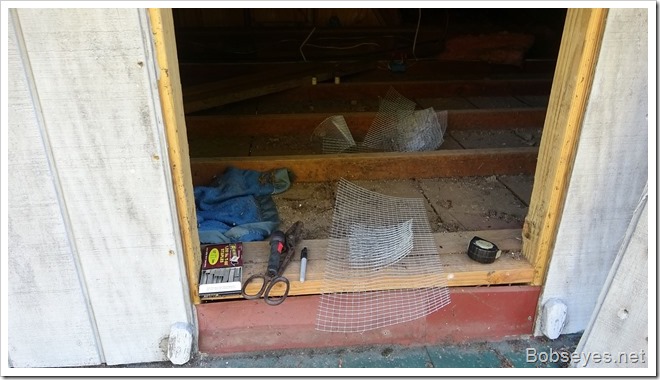 Here’s one of the spots I plugged up with hardware clothe, or screen. I used staples to hold it down and in place. 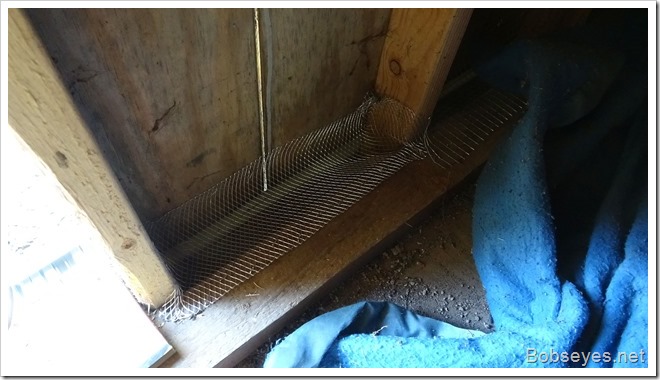 After fixing that up I moved the camera to a new spot to look for more spots they might be using.

Prepping a grow pen for the chickens

By now it was getting late but I had one more thing I wanted to do and that was to turn the soil in one of my grow pens and put a couple more loads of woodchips in it for the chickens to scratch in and mix up for me.

I used a shovel to turn the soil in the pen and brought in some woodchips with the wheelbarrow. I want the chickens to prep it so I can plant a new crop of something in it for the chicken’s. 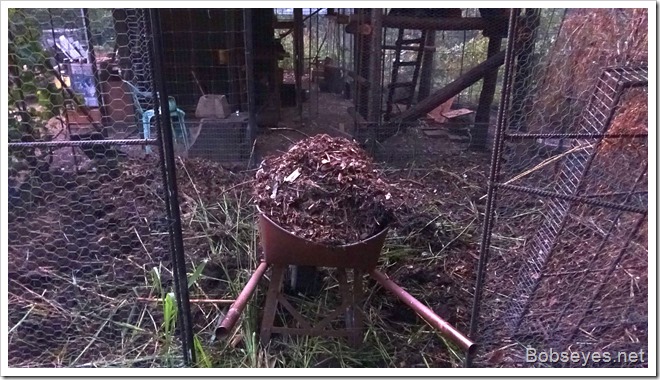 By the time I dumped the last load of chips it was getting dark so that pretty much did it for me today. I never did get around to giving my car a road test to see if I did the work ok or not, maybe tomorrow.