First some shopping and then some crabbing

Yesterday I accompanied Steve on a shopping trip about fifty miles north to Coos Bay.  We especially wanted to pick up a propane cooker and pot for doing crabs as what Steve had to boil them in took a long time.

We stopped to get propane on the way up. 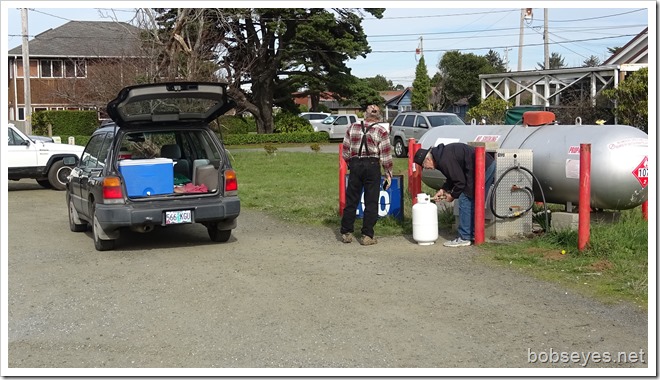 We shopped at Bi-Mart and Wal-mart and got home around five and that was our day.

Today it was raining lightly as I got it going and was supposed to continue raining most of the day.

So I did some reading until about 5PM when Steve and I drove on down to the Port Orford Harbor to do some more night crabbing. I think Steve wanted to try out the new crab cooking unit we bought yesterday.

I’m headed down to the harbor about 5PM. 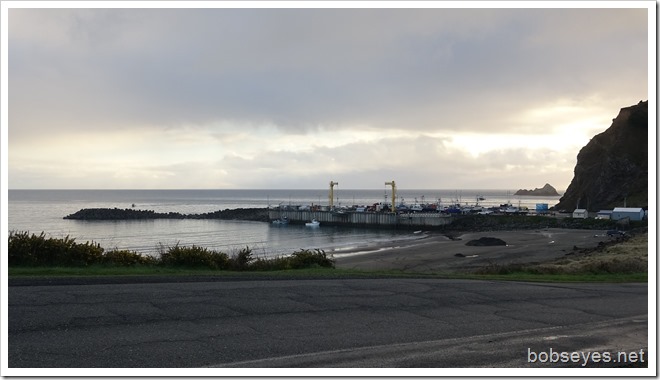 Walking around the dock

Steve put his crab pots in the water while I walked around the harbor checking things out.

These guys are receiving crab off the fishing boats below. These are the NorCal buyers. They said all their crab goes to restaurants which I assume goes to fish markets around the country first. 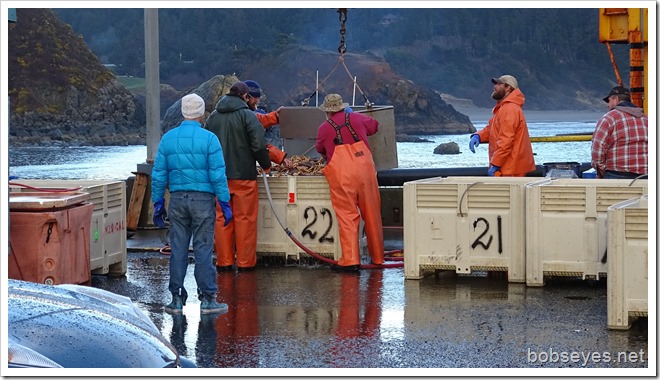 These guys were fishing near the end of the jetty. I didn’t see them catch anything. 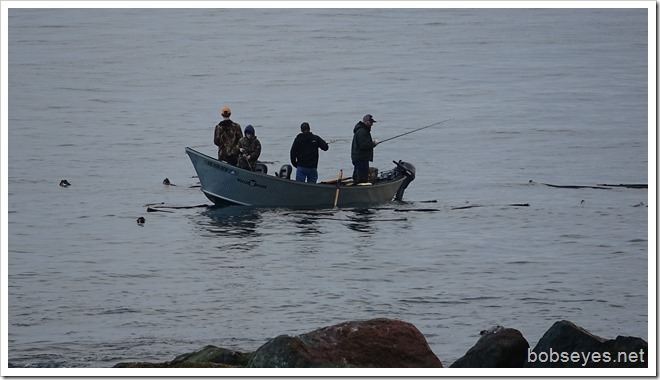 These fishing boats are waiting their turn to come in and unload there catch of crab. 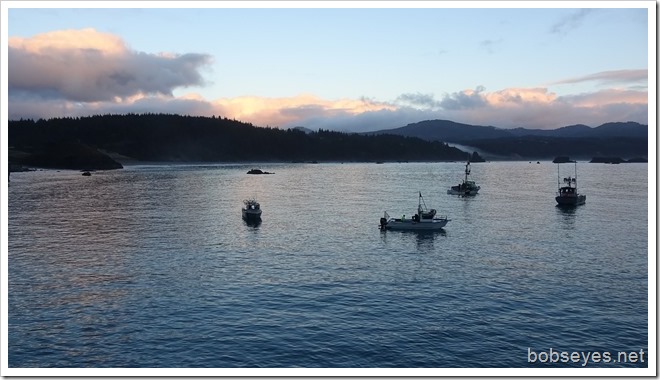 It soon got dark and the crab boats continued to unload their catch for the day. 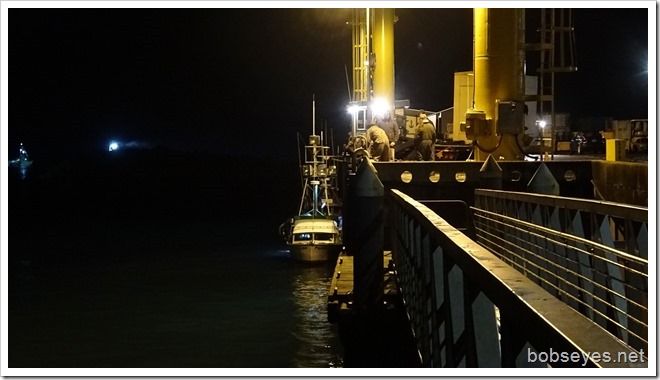 Fishing boats waiting to come in to unload in the dark. 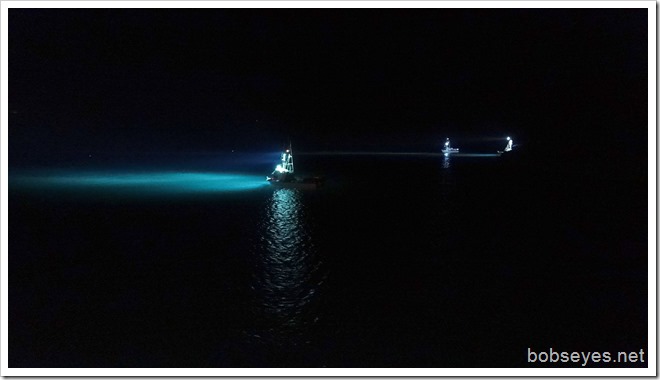 These buyers were still working after dark and into the night. They check out the crab and pull out any dead ones. 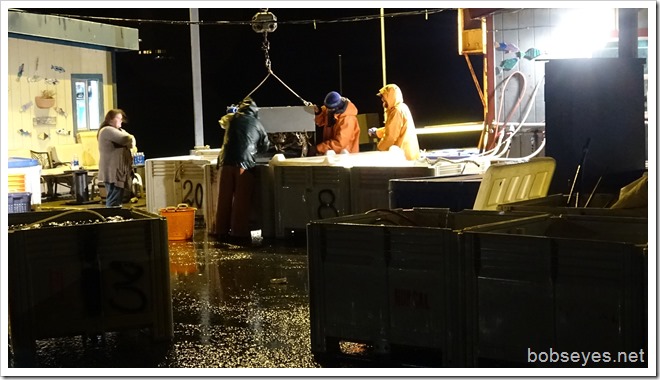 Steve was crabbing all this time and catching a few. 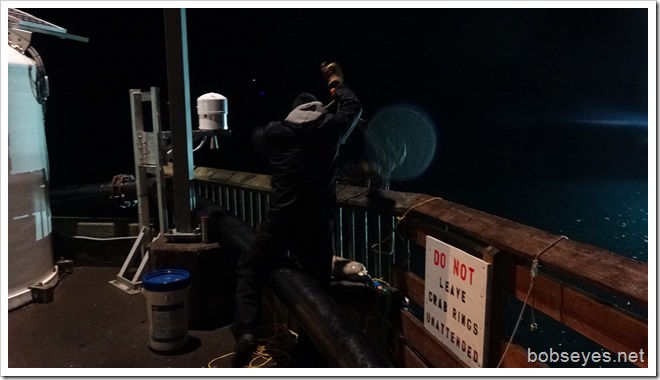 They were still hauling fishing boats out of the water. 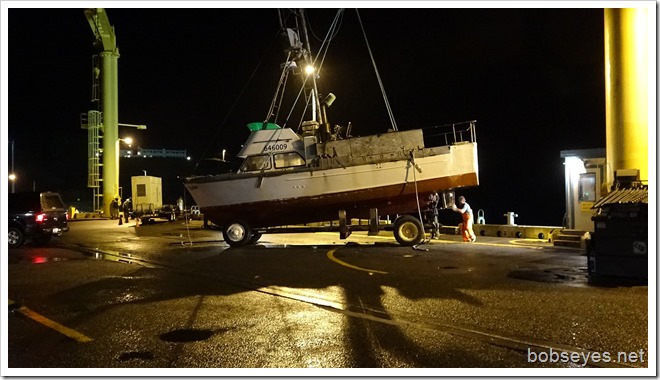 And there were still some boats coming in off the ocean to unload their catch of crab. 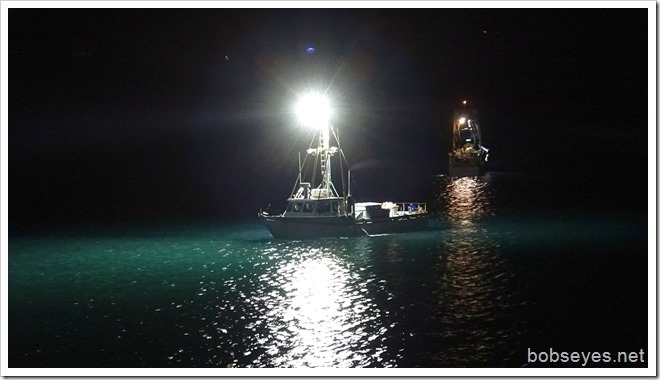 Here’s one of the fishing boats unloading their catch of the day. 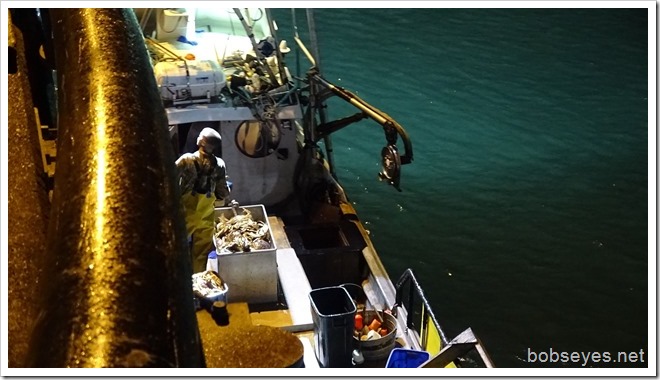 This is an overall picture of the dock. Note the big truck on the left is just loaded with crab and is about to leave to take the fresh crab to market. He pulled out just after I took this picture. 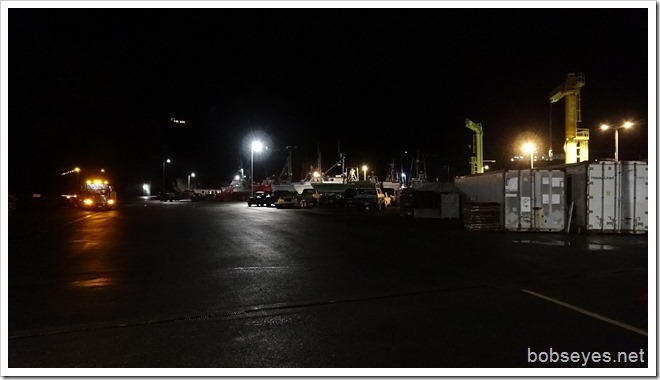 We headed for home around 9PM.

Steve got the new cooking stuff out and set it up for cooking crab. 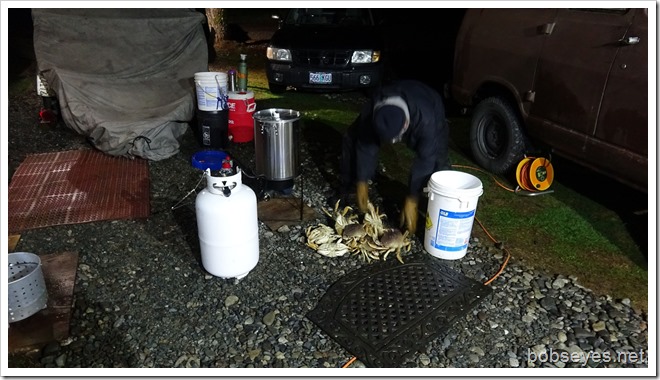 The crab are in the pot cooking away while we watch and wait. 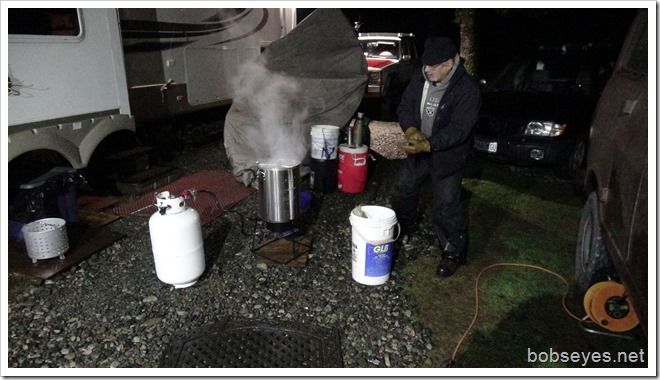 Here’s a few of the freshly cooked crab. The new cooker worked great and we were done in no time compared to the other day. 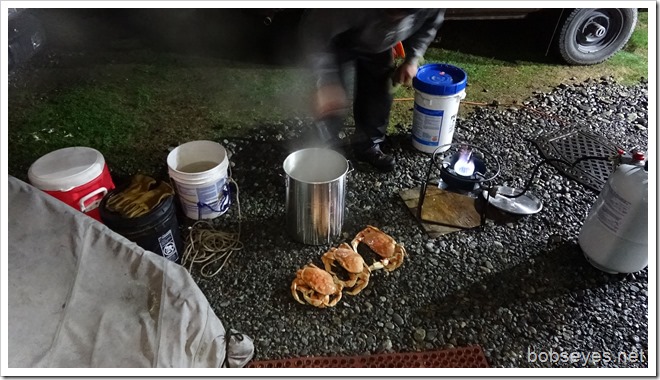 I consumed one tonight and we’ll gobble the rest tomorrow for dinner.