Well, my young roosters are becoming a problem. They are fighting among themselves and running the hens ragged and  making a lot of noise.

It’s not really their fault as that’s what young roosters are supposed to do at this time of year.

The problem is created because they are penned up and not out in the wild. If they were free, a young rooster would likely take a young hen or three out away from the flock and start their own flock, but that’s not possible when they are penned up.

So, I need to butcher them as I need their meat to eat and it should  make everyone else happy including my neighbors. :O)
But maybe not the roosters, but the two roosters that will be left to do their thing should be very happy.

The other chickens get fed

First thing I did was go out and feed all the other chickens that were waiting for me to do that. I do not feed the chickens that need to be butchered as I don’t want to mess with the feed in them when I clean them. 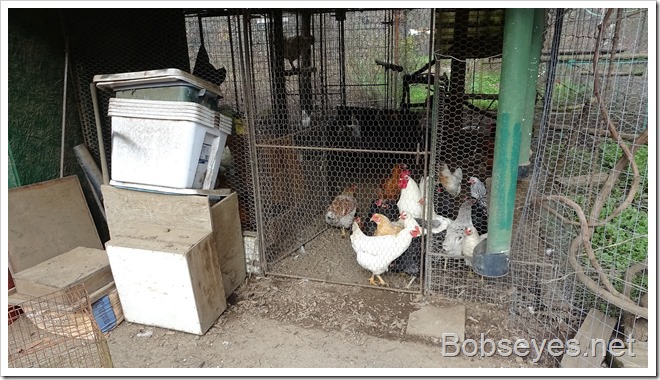 I brought the wheelbarrow and wire transfer cage with me and I fed the chickens. 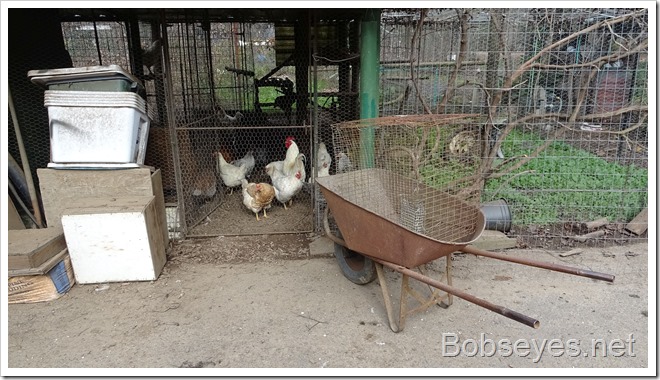 Next, some butcher area stuff needed to be set up to get ready to work.

After dark last night I was able to select the roosters for the task from their roosts and lock them in these little pens so they would be easier to deal with today. It’s much easier selecting them in the dark than in the daylight and easier on the chickens as well as me. 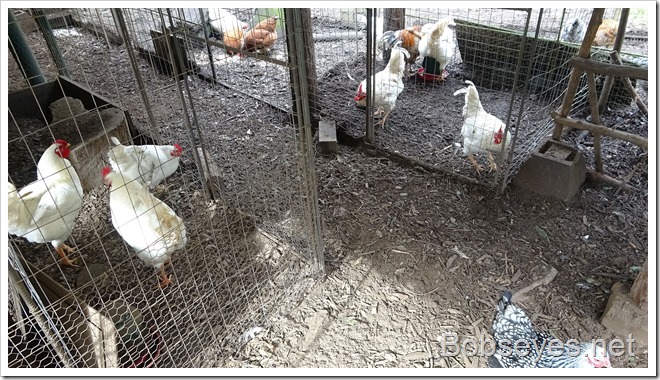 I’m going to butcher the four roosters in the right pen first as they are the larger ones causing the most trouble, so it’s time to put them in the transfer cage for transport to the work area. Roosters are pretty strong so one has to be careful messing with them and I was.

The four roosters ready to load up in the transfer cage. 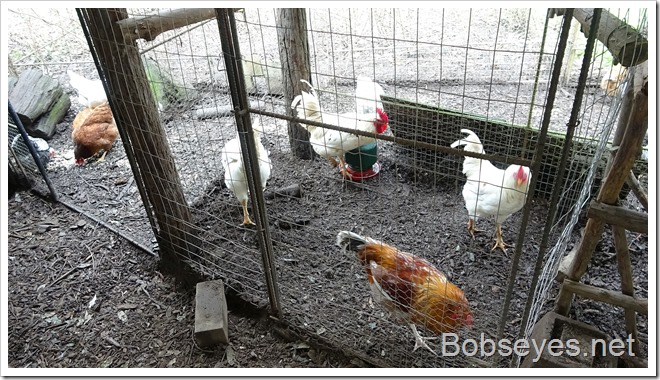 Four roosters ready for a ride to the work area. 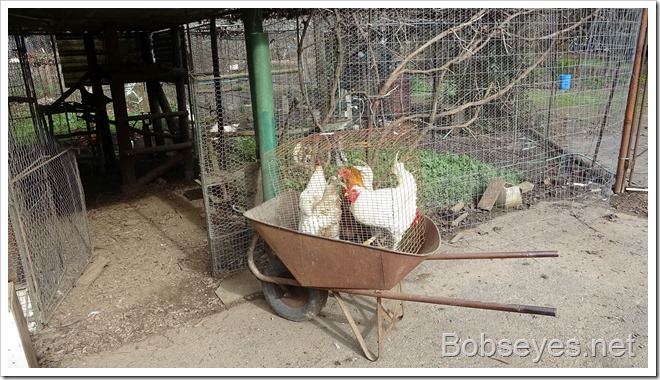 I started the hot water used to loosen their feathers and got the process started and got the first four done in about an hour or so.

That deserved a break as my back was causing me a bit of pain.

But eventually I loaded up the other three chickens and got the job done.

I needed a good break after that because of my back so went in the house and had something to eat as well as a rest.

Just before dark I went back outside to cleanup the work area and bury the left over chicken parts in my blueberry patch.

With all that done I was able to do a bit of chair hopping before it got too dark, so I did. 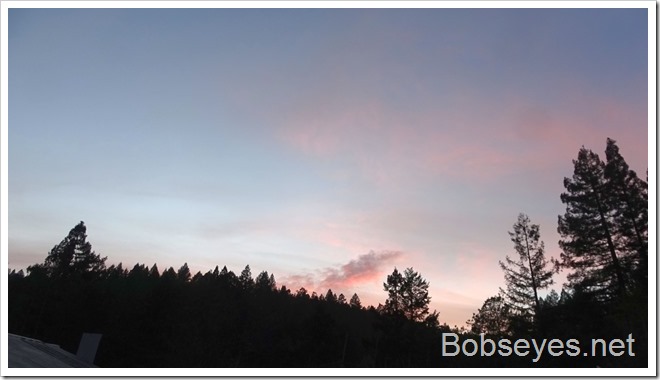 The night chill was delayed today for some reason so I was able to sit out there until it got dark.

Even though it might not of been  a great day for some of the chickens, it’s good to get that chore accomplished.