I’ve been giving all my yard weeds some water most everyday to get them started for the chickens to eat. So every day I go around and run about five of these rain birds for about a half hour or so. I set the sprinkler and then sit in a chair and watch or go do something else for a bit then turn one off and the other one on until they all get a shot of water. 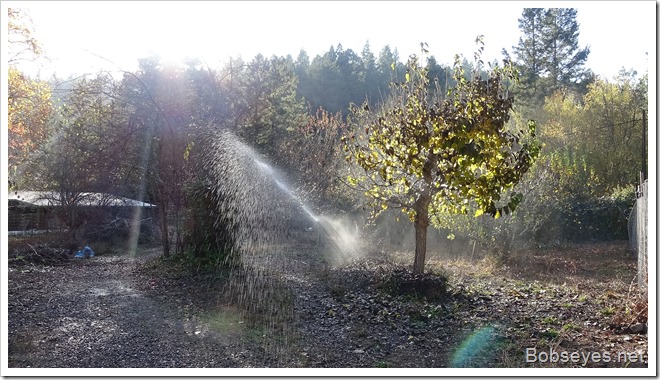 My main project today was to test out the burner I’m going to use to boil water to process the chickens. The burner hasn’t been used in years and is on that barrel there with the pot that goes with it. 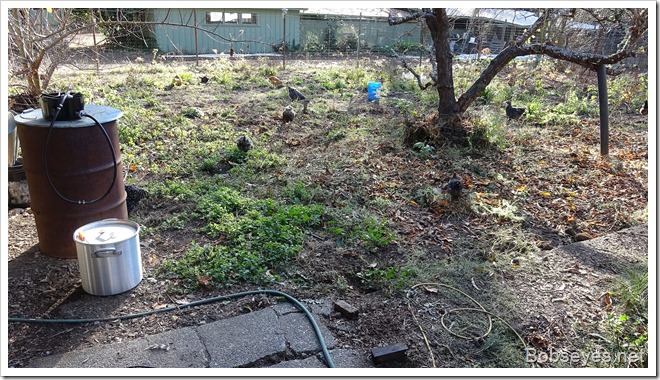 I hooked up the propane tank to it and set it up to test it out to see if it still works or not. 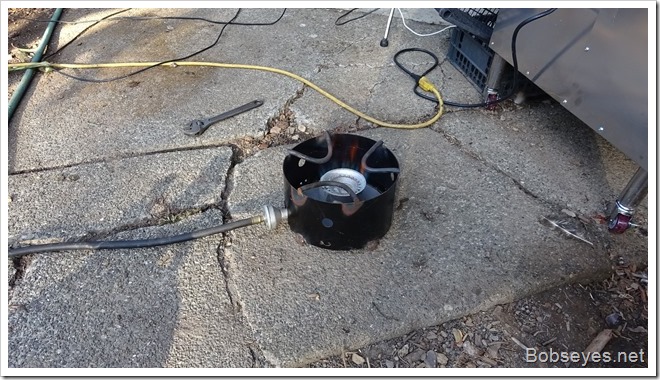 It lit right up and looks like it’ll do the job. 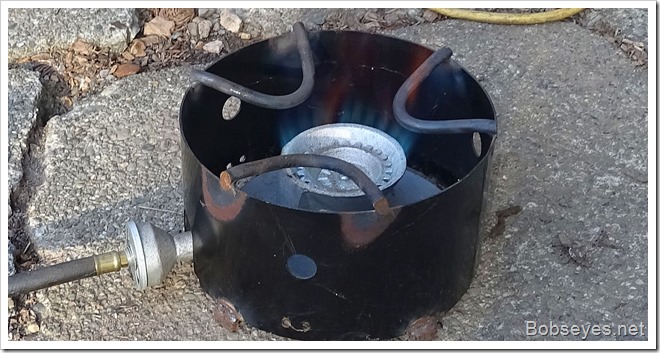 Hot water for processing the birds

Hot water about 145 degrees F. is used to loosen the feathers so they come out easier. After the bird is dispatched it is dipped in the water until the feathers loosen up and then the bird is ready to go in the auto plucker. 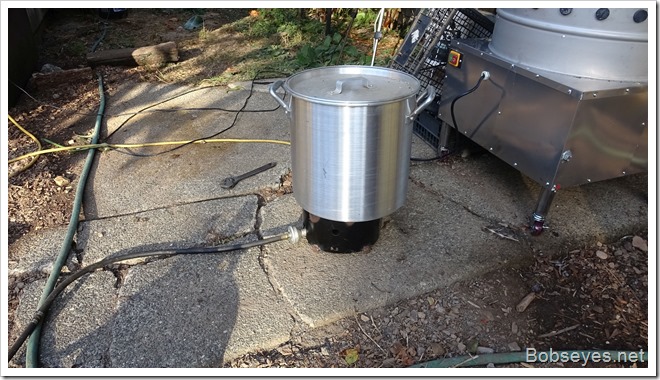 My butchering station is all set up now and ready for action. Tonight I will select some birds for the task. I’m planning on doing 4 birds. Three older ones and one of my meat birds to try it out. Older birds don’t lay or lay less so they are chosen for this task as feed’s expensive to feed this many chickens with no egg return. I have new younger birds coming on that will start to lay eggs soon.

With the butcher station set up I went out to my cherry orchard and dug up more blackberry vines on and off for the rest of the day. I’m removing small berry plants by where the shovel is. They are just coming up so I’ll get them now when they are small before they get big and are much harder to remove. 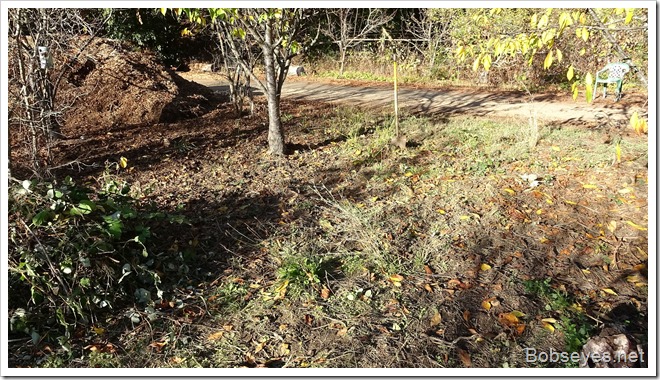 Near the end of the day I let the chickens into the area where I was working to do their thing. Scratching and tearing things up. I’m hoping they will help keep the new berry vines down once I get all the old ones out. 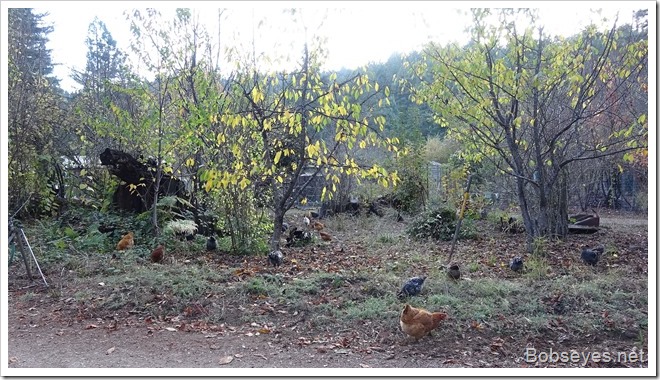 I chair hopped around the yard until the day cooled and it was almost dark.

That means it’s time to close up the chickens which I did.

A bit later after dark I went back out and selected the four chickens for butchering tomorrow. It’s pretty easy to do when it’s dark and they are all on the roost so they stay put so I can catch them easily. I put them in a separate cage with water but no feed until the deed gets done.

That’s it for another nice fall day.