Bulldozer Won’t Start and Cleaning Up a Chicken Pen

While I was away in Arizona my brother Tom ran the bulldozer out of fuel and now it won’t start.

The fuel system needs to have all the air bleed out of the fuel lines before it will start.

So Tom got the recently charged up dozer battery and we drove his golf cart up to where the dozer was to work on the problem. 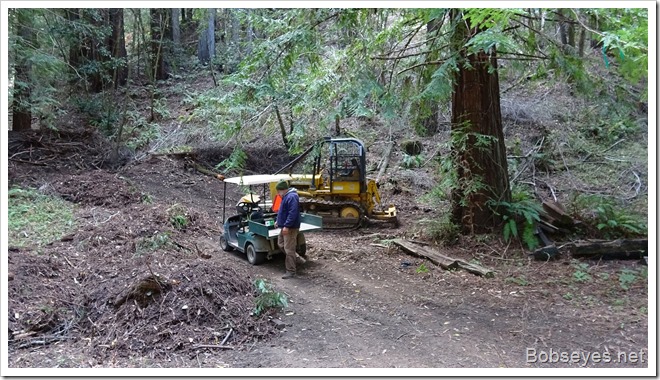 We worked on bleeding the air out of the lines then when we were ready to try it out, Tom said he didn’t have the key so he hopped in his rig and went to get one.

When he came back we tried it but the battery we had just charged up wasn’t any good and didn’t have enough juice to turn the motor over so Tom took off again to get another battery which we also tried and it too needed a charge so that’s as far as we got until we get a good battery.

I asked Tom if he had any not so good looking oranges from the Farmer’s market. Another brother Mike grows them and he sells them at the market and usually has some blems I can have.

He said, do to the virus he wasn’t going to sell at the market for the next two weeks as it just wasn’t worth the risk so all the oranges he has were up for grabs so I grabbed some. Yummy. 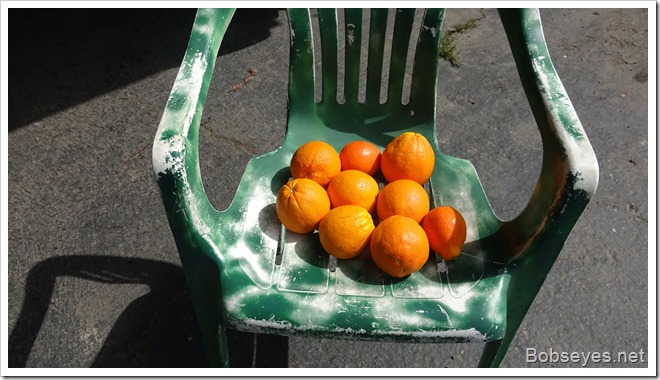 After that I started puttering around in the yard.

Cleaning up the pen

Once of the things I did was clean out this pen I use for new chickens and put some sand on the floor. 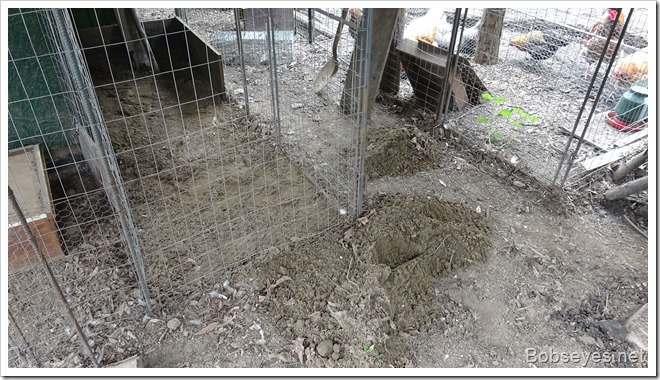 I also dug out the stuff under the roost and put it on my raspberry patch for fertilizer.

Here’s the roost dug out. 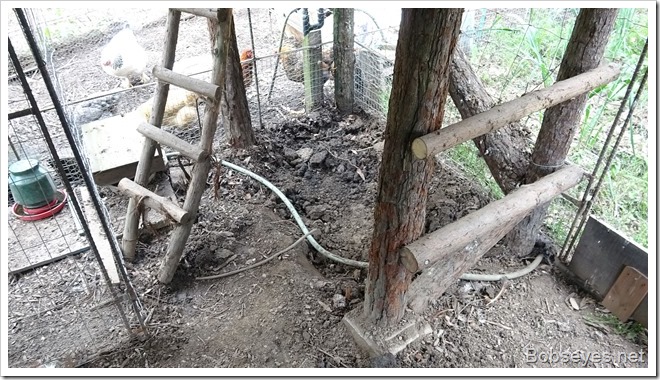 Here’s the dirt I moved to the raspberries. 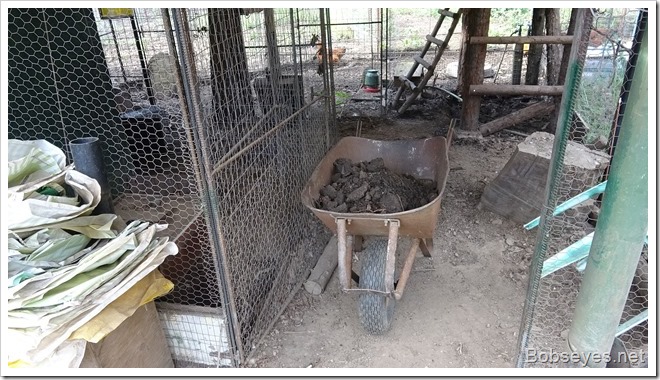 I got some redwood leaves from under a redwood tree and bought it in and dumped it. 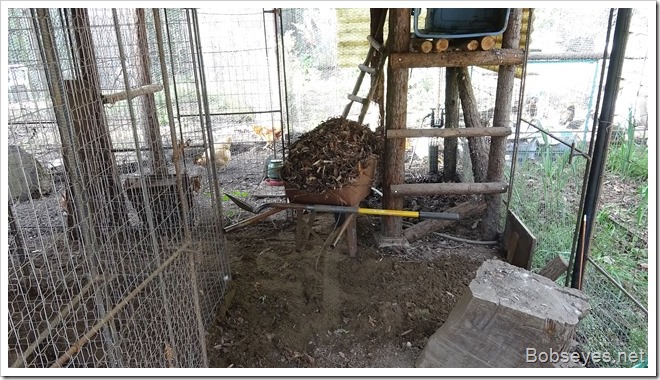 The mulch cleaned that area all up and now is ready for use in the future. 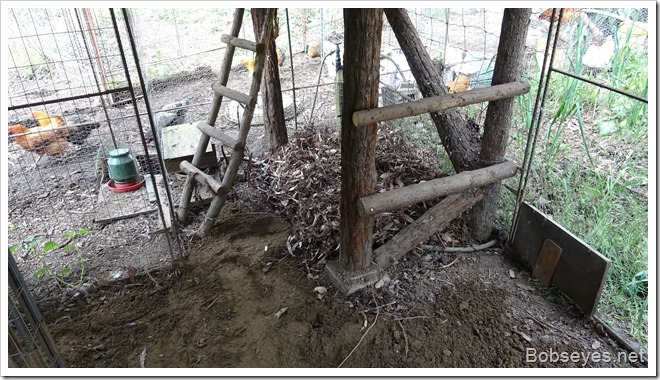 The rest of the day I spent chair hopping and puttering around and just enjoying the day.

Nice day for getting a little work done as the sun was only out a little bit so it was good for doing some work.