Bulldozer Service, Brakes Lock Up and I Get Some Walking In and Rosie Gets Moved

Dozer needs to be woken up

The bull dozer hasn’t been started in a long time so it needed to get done as it’s not really good to have them sit too long and this one has been too long.

I loaded up my Toyota with all the stuff I think I’ll need. I have fuel, a battery, some transmission oil and a grease gun and a few hand tools to do the job.

Here I am up in the hills where the tractor has been parked just getting ready to get to work. 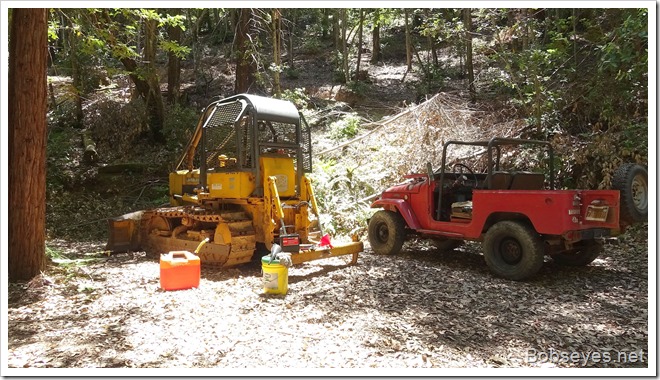 I fueled it and greased it and put oil in the transmission which I later found wasn’t enough. I then installed the battery, cleaning the battery posts and clamps which also wasn’t enough I soon found out.

Once the battery was in I put the key in and turned it and there was power to the instrument panel so I hit the start button and nothing happened. Sometimes the transmission isn’t really in neutral where it needs to be to start so I monkeyed around with that but no go.

Can’t jump the starter either

What to do I thought about it for a bit then got the adjustable wrench out and removed the engine side panel. I tried to jump the starter at the starter with my screwdriver but there didn’t seem to be any electrical power there which gave me a clue.

Either the battery was dead or no power was getting through the battery posts so I used the screwdriver to jump each place power was supposed to go through. But before I did that I held the start button down so if the screwdriver made better contact then the connection there would be a big spark and likely burn up the tip of my screwdriver but I’d know what wasn’t working using this technique.

Better cleaning needed and it started up

The dozer is started and ready to go do a bit of work. 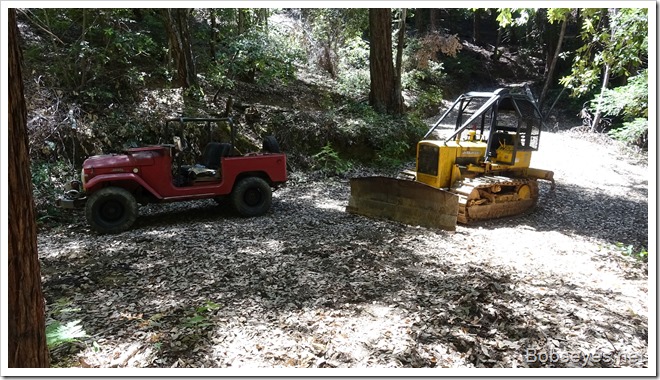 As I left that spot and drove the dozer down the road I noticed it still didn’t have enough transmission oil in it as it stalled a couple times but I keep on a mile or so from my rig where there was more oil.

Walk to get the rig

So eventually I had to walk back to the rig to get it so I could use the rest of the oil for the transmission so I could continue with the dozer.

I’m returning with the oil. 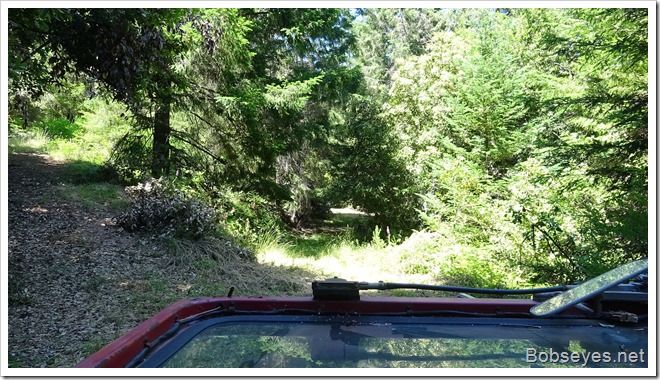 Here’s the spot where I put the rest of the transmission oil in the dozer then I drove the rig back up the road a ways as I’d likely be walking back to it when I was finished dozing today. 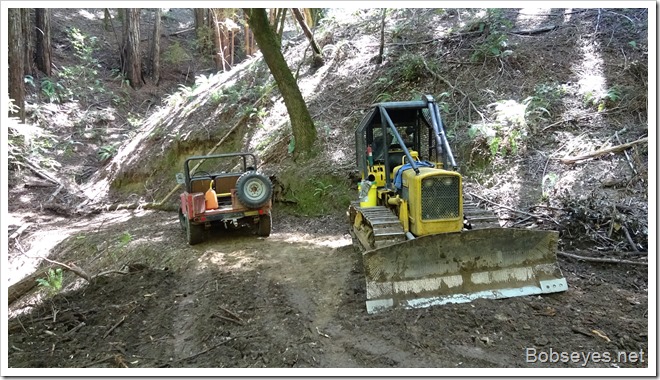 There was a nice little water spring there for a drink of water. 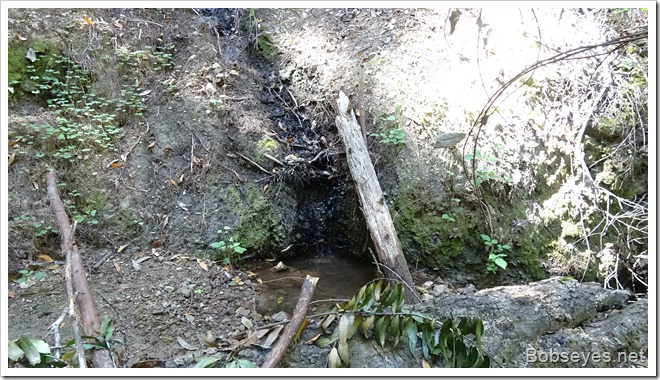 I worked my way down the road but not too far from where I put the oil in both brakes locked up and I could barely go. I wasn’t sure what to do but thought this wasn’t a good spot to work on a dozer so I tried to get a bit further testing things out and trying to figure out what was wrong as I went. I’d go a bit then it would lock up and I’d reverse a bit and could get going a little and that’s the way I got down the hill to a better spot. 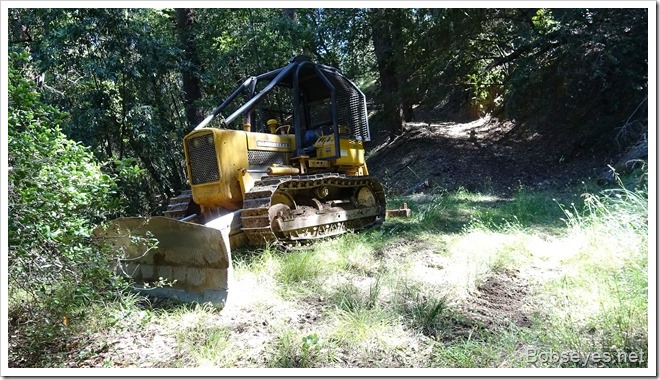 I made it down to what I call the lost ridge to here and parked it. 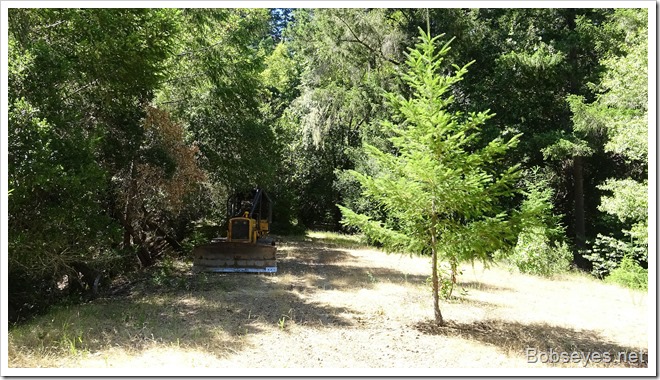 I wasn’t sure what to do but I decided to remove the seat and have a look at what I could see of the brake peddle linkage.

When I picked the seat up it almost fell apart in my hands. I’d removed it each time I put oil in the trans and knew it was bad. The plywood base was rotten and there had been some varmint living inside it.

I needed a flashlight to see the brake linkage as it was too dark down there, but what I did see was a steel seat spring laying on the top of the transmission. Hummmmm, could another one of those or another part of the seat be jammed down in the brake linkage? Without a flashlight I couldn’t tell but it’s a good possibility.

Got some more walking in

Well now I had to walk a couple miles back up the road to where I’d parked the rig so I started of up this road. 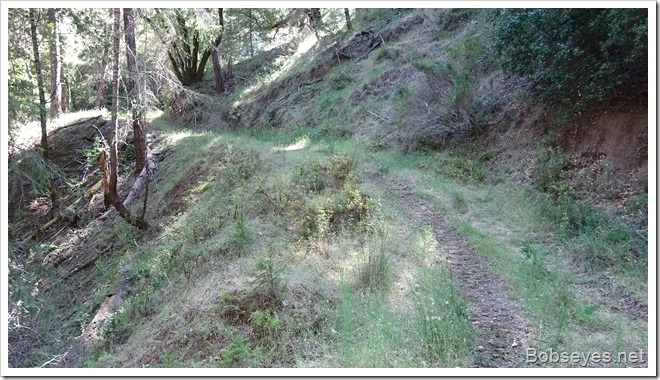 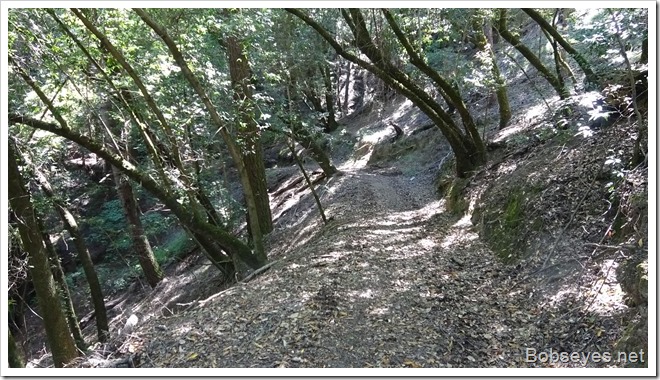 And by these big green ferns. 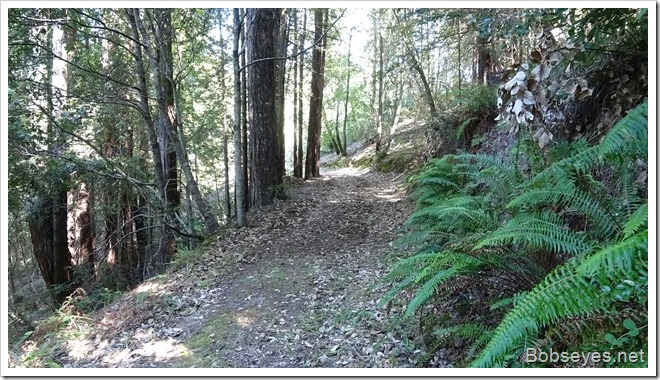 And through this spot the rig is just beyond here. 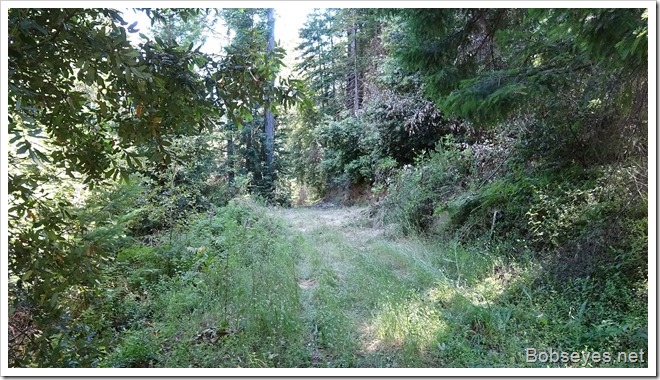 Some work and some forgetfulness

I drove on down the hill stopping at this spring to do a little shovel work setting my camera down on the road while I worked, bad deal. 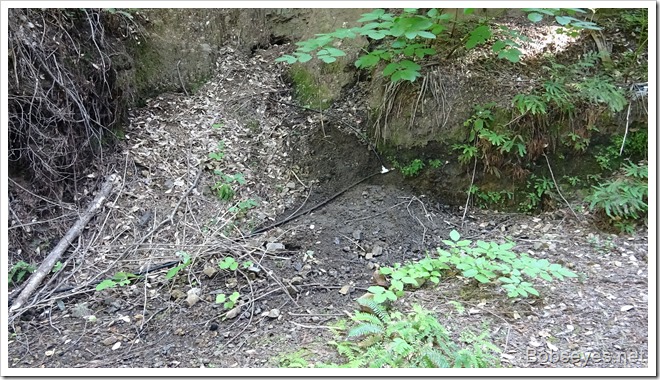 Back for my camera

That spring was about half way down the hill. I finished up and drove on down. When I was almost to the bottom I realized I’d left my camera on the road up there by the spring so nothing to do but drive back up the hill to get it.

As long as I was back by the springs I dug out this one in the ferns there before turning around and heading on back down the hill taking a different route just because I could. 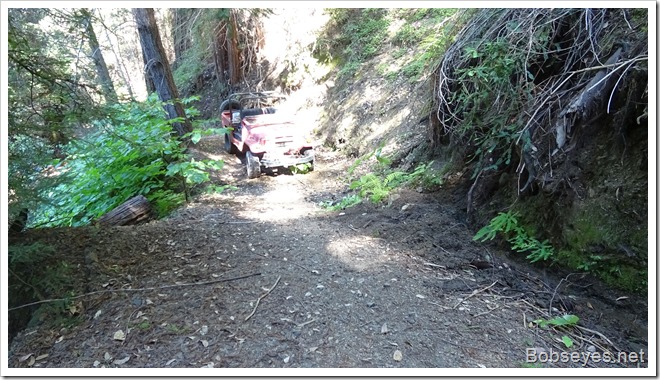 I drove by our water tanks to check the water level. Only a foot down from the top as I’m watering weeds back at the house. 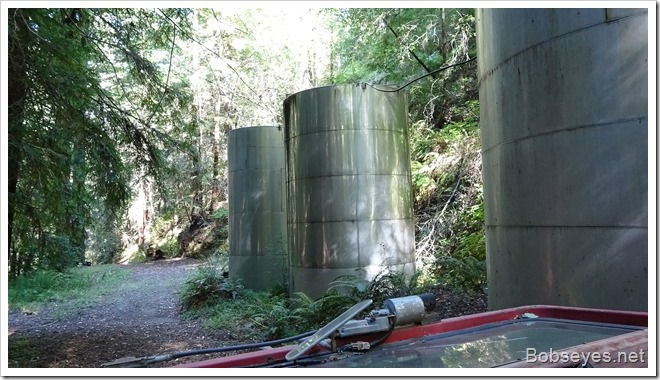 At least the mulberry tree got watered

I made it home and  unloaded the rig and put it away. After a bit of a nap I went outside and checked the sprinklers. One had falling over just after I’d left so didn’t do a good job of watering but it did put a good amount of water on the mulberry tree which was actually a good thing. Mulberries soon. Yummmmm.

I puttered around and chair hopped and enjoyed the rest of the day checking on the chickens. Rosie is sitting on eggs in the egg laying nest and needs to be moved to a nest box in the nursery so now that it is dark I need to go out and move her eggs and her into a nest box and move her to the nursery pen. I hope she doesn’t mind too much. :O)

That was my day for some good and some bad but over all mostly a good day.