The dozer has been sitting out in the hills and once in awhile I need to go for a ride to charge the battery so today was the day.

I rode the quad runner up the hill to where the dozer was parked by where my brother Tom was cutting his firewood  here. 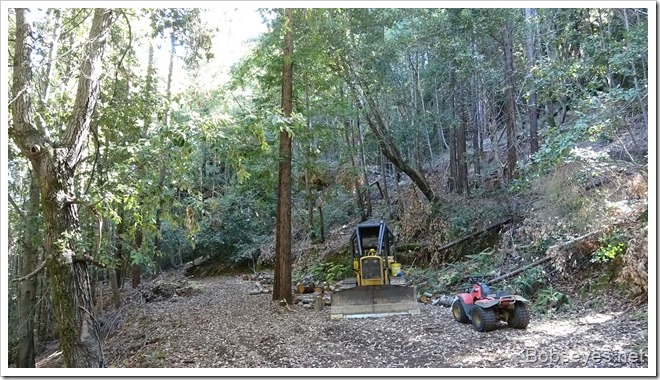 I turned the key and pushed the starter button but nothing happened. I remembered to wiggle the shifter as it will only start when the transmission is in neutral and sometimes the lever needs to be wiggled to make the switch work right as it was today. I drove it to the top of the hill looking for down trees to push off the rode but there weren’t many today.

Riding up the road

I went up this road to the ridge top. 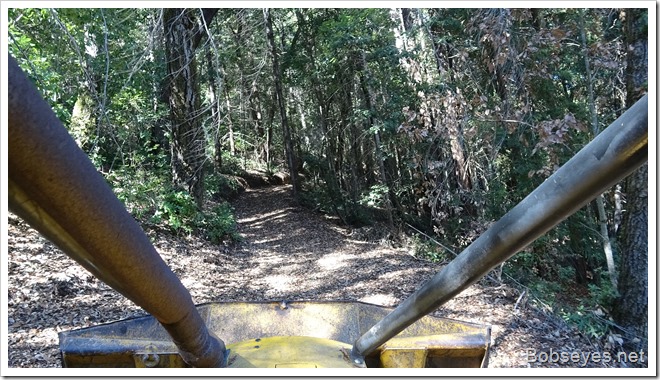 At the ridge top I turned the dozer off for a little break.

Here’s the view from the ridge top of the Guerneville area. 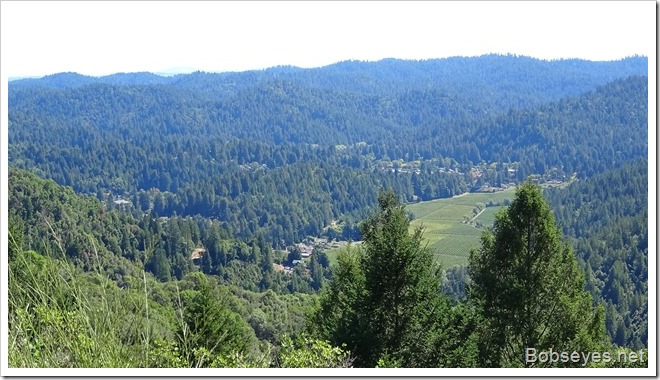 Eventually I started the dozer back up and continued on down this road  headed back to the wood cutting area and parked it with a fully charged battery. 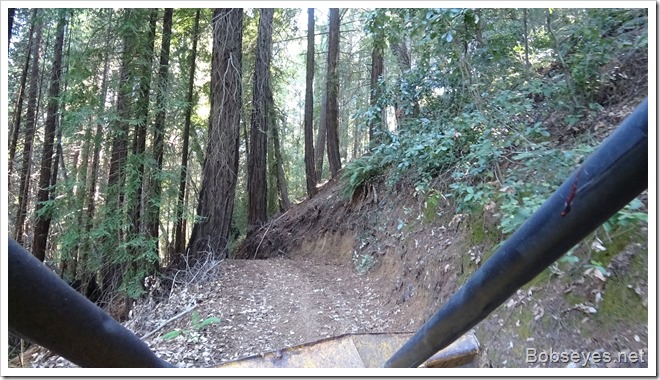 wheelbarrow and a shovel

Once home I had another chore to do only this time with a shovel and a wheelbarrow. I needed to move some of the dirt out of the chicken’s mulch area as it was hard to open the gates as the gates hit the ground.

I moved over six wheelbarrows of dirt before I quit that project for today and will finish tomorrow.

After I dug out the dirt I let t the chickens back in as they love to dig in freshly turned dirt. 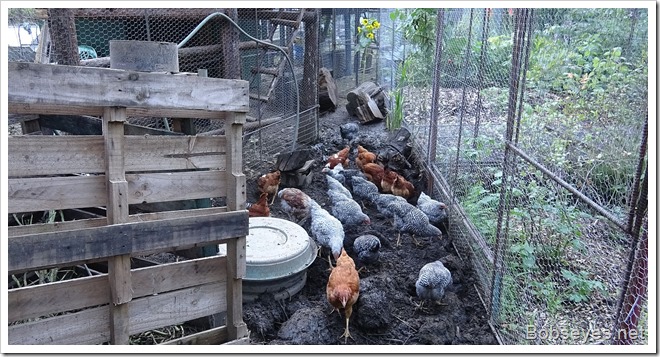 Stuff for the nesting boxes

While I’m gone on this trip coming up some of my chickens might start laying eggs so I need something to line their nest boxes with so I started the weed mower and cut my neighbors grass to get this which I dumped out to dry out a bit. I’ll put it in the nest before I leave. 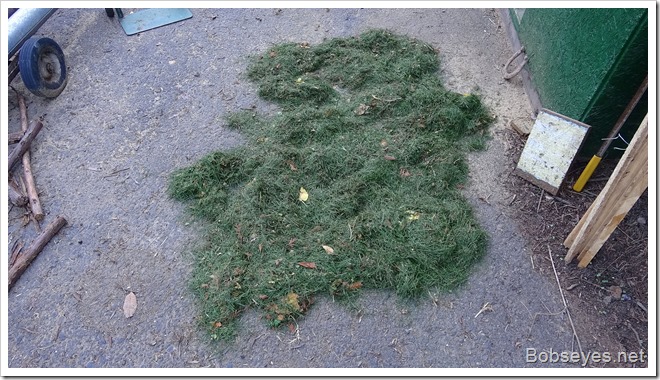 I’ve been playing around sprouting some of the whole barley seeds that the chickens eat so I soaked these seeds for a day and put them in here to do their thing. I water then once or twice a day and cover them with that board. 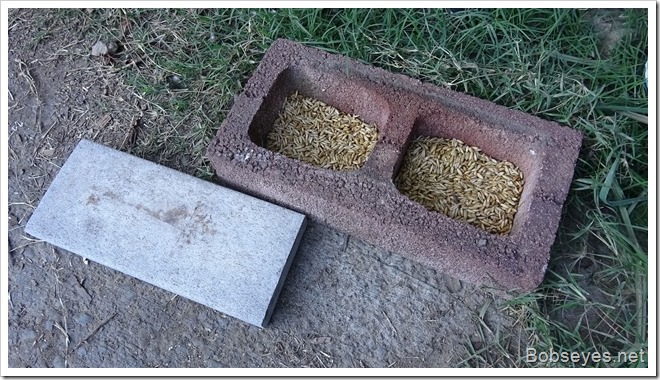 They seem a little dry so next time I’ll soak then for two days.

Eventually I’ll likely get more into doing more sprouts for the chickens as it’s pretty easy and makes the seed go further.

Starting to prep the van for the trip

I did a little prep for the trip. I need to clean out my water jugs as they have been in use for a number of years now and some are a little green inside. I plan to put a bit of bleach in each one with water and dump that out and fill them all fresh so I started that process.

I hope to do more on the van tomorrow as times a wasting.