Bulldozer Repairs and Rocks and Logs

I had several things to do up in the hills today. I loaded up a freshly charged battery and some tools and drove on up to the bulldozer to work on the fuel problem. 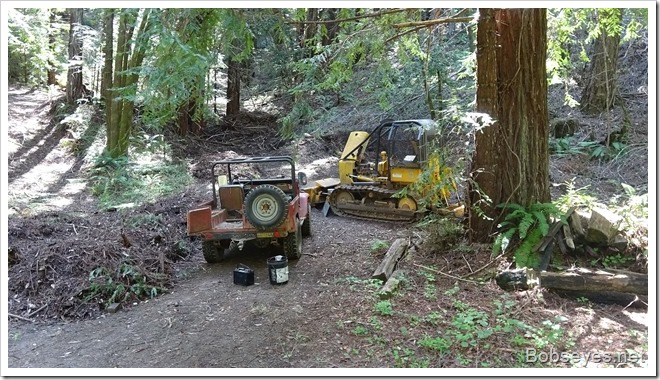 Checking the fuel lines and filter and pump

Fuel to the injector pump

I had all the tools out working on it. 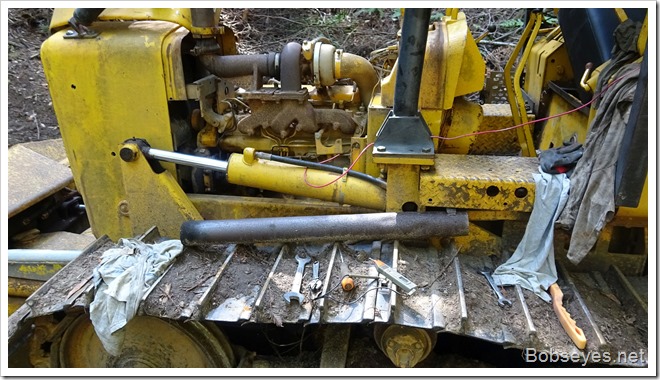 Here’s the injector pump. It has a shutoff electric solenoid on the fuel intake that I suspect is not working. 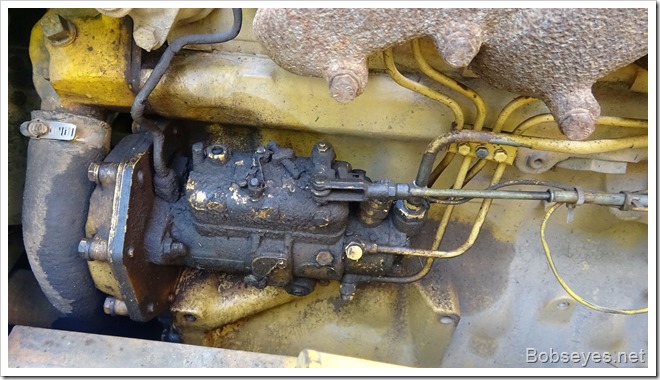 The electric solenoid that I suspect might not be working right is under that dirty old pipe there. I tested it out with my meter and I got some weird readings so I suspect the thing might be bad. I also ran a wire to the battery and tried it. I’m supposed to be able to feel the click of the solenoid but I couldn’t so it might be bad. 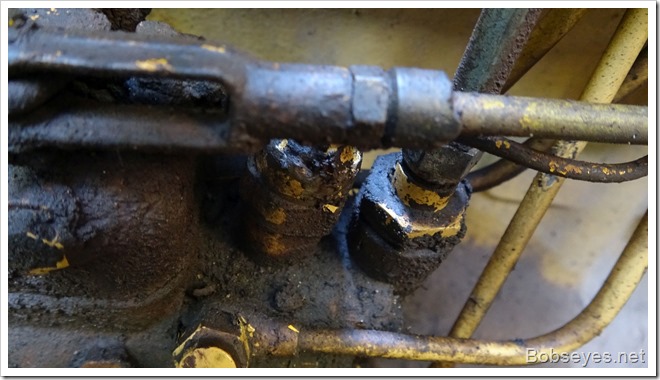 That’s all for now

I need to take the solenoid apart to see what’s going on. Tom said he’d clean the injector pump up so that needs to be done before I can take things apart some more, so that was all I could do for now.

I put my tools away and drove on over to this spot where I loaded some of the big rocks into the Toyota to use elsewhere. 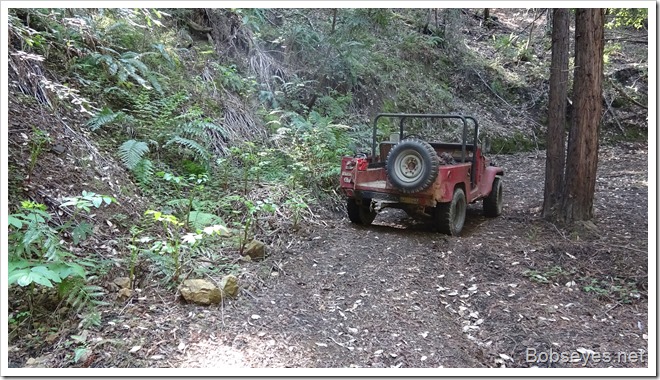 I hauled a load of the rocks to this crossing I’m repairing and dumped them. 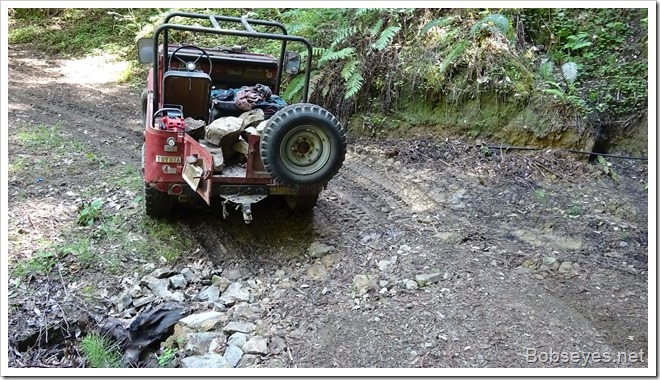 That wasn’t enough so I drove on up to this spot and loaded another load of rocks. 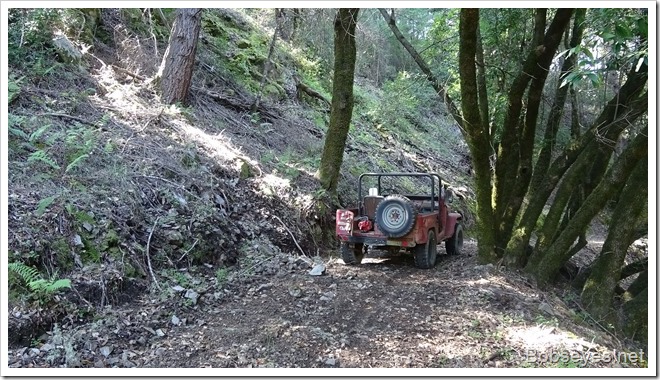 My load of rocks. 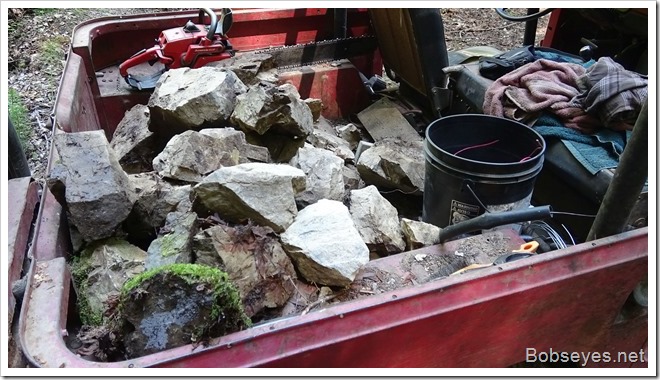 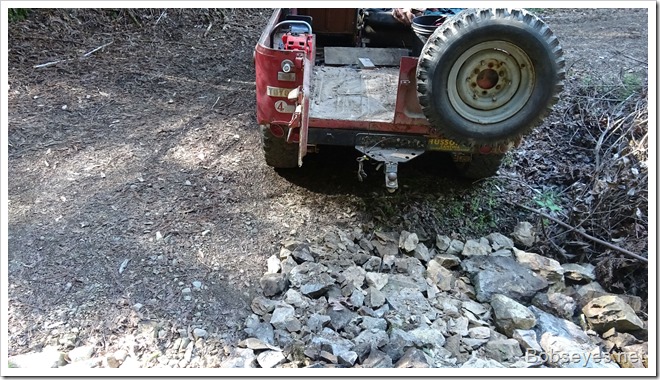 The crossing is pretty good but can use a couple more loads of rock to finish it up.

I was too beat to get another load of rocks so moved on to the next project which was to get a few small redwood logs.

I cut some up and loaded them up. 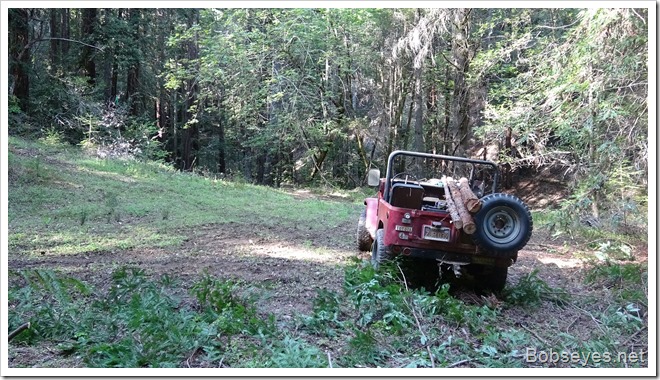 And moved the logs down to my garden area and dumped them. 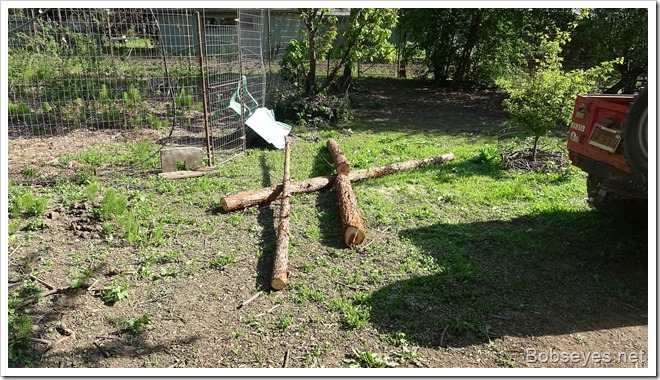 It was a bit of work getting the logs across the garden to this spot where I needed them.. I dug things out a bit and placed the logs to block under the fence as I don’t want the chickens to get out here. That should stop them. 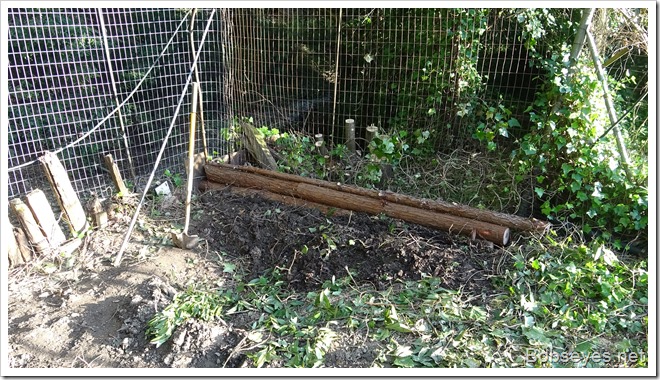 That pretty  much wiped me out for the rest of the day.

I was looking at  my raspberry patch growing away nicely. 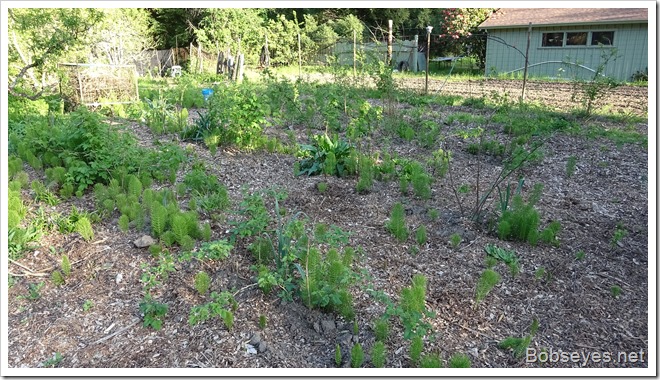 Some buds were forming on the berry plants so it shouldn’t be too long before the berries start. Yummy. 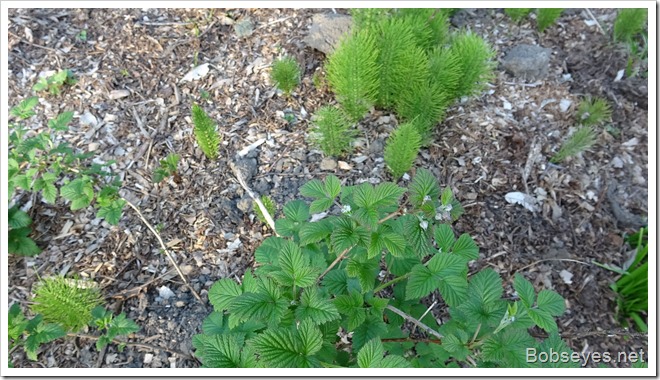 That was all I could do today so I did some chair hopping before dark.

Nice messing around in the hills on a nice sunny spring day.

1 Response to Bulldozer Repairs and Rocks and Logs