Bulldozer Mechanic, Not My Favorite Job

But someone has to do it

This morning I wanted to round up all the firewood I had stacked in the yard from pruning trees in the yard this last year. I always leave it out so it can dry good but now with winter coming on it was time to get it piled up so I can cover it up. I only use this wood in the spring and the fall to take the chill off the house, otherwise I have a fuel oil stove. I also use this wood when the power goes out.

I had 4 or 5 wheelbarrow loads so it didn’t take too long.

Here’s the pile of wood for this winter. 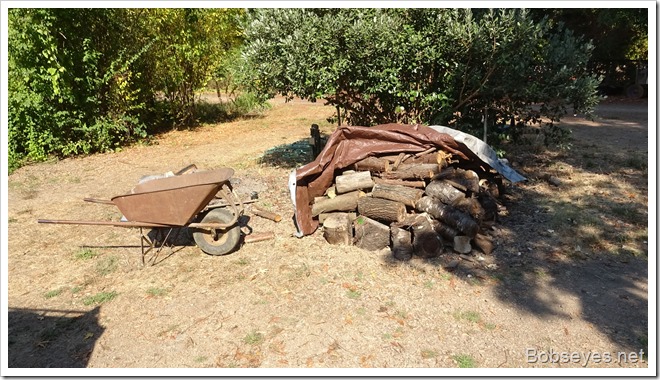 On to the bulldozer

After a break I put the tools I thought I’d need in the quad runner. I needed to go up the hill and remove the leaky hydraulic hose from the bulldozer so I can get a new one.

When I pressed the start button on the quad, nothing happened so the battery appeared to of had it. 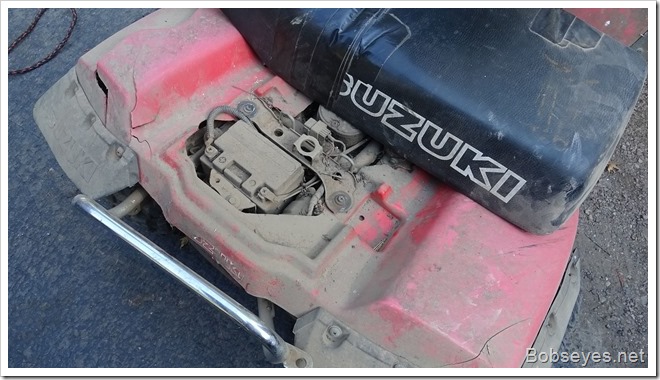 I put the battery charger on it and decided to take Tom’s machine up instead as I wanted to get that hose off.

This is quite the luxury machine, much newer and nicer than my old quad. This one is all automatic and has some good suspension. 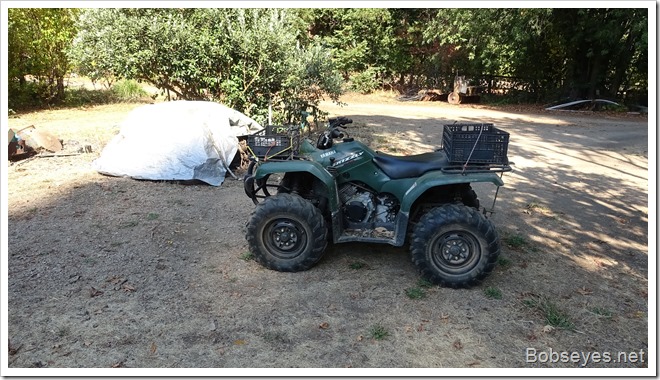 After transferring the tools to it and figuring out how to make it go I headed up the hill where the dozer was parked. 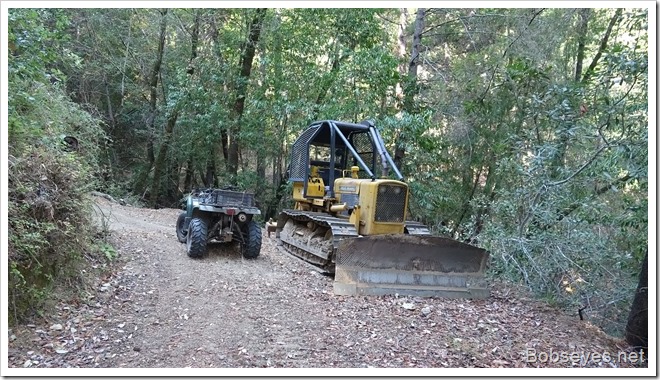 At first I thought I could just remove the hose, but no, the wrenches wouldn’t fit into where the fitting were.

So after studying the thing for a bit I started removing stuff to get to the fittings. That’s easier said than done on a dozer as everything is hard to get to and it’s all tight and hard to get loose. I didn’t have all the tools I really needed either. After much work and some sore muscles I got it down to where I could get my wrenches onto where they needed to go but that still wasn’t good enough as I wasn’t able to get enough power to turn the stuck bolts.

After a bit I decided I might be able to get one foot on one wrench and somewhat stand and then get the other foot on the other wrench and loosen up the hose nut. That worked but the process really was hard on my body so now I was worn out with a bunch of sore muscles to boot.

Here’s the dozer taken apart with the dirty ol hose out. 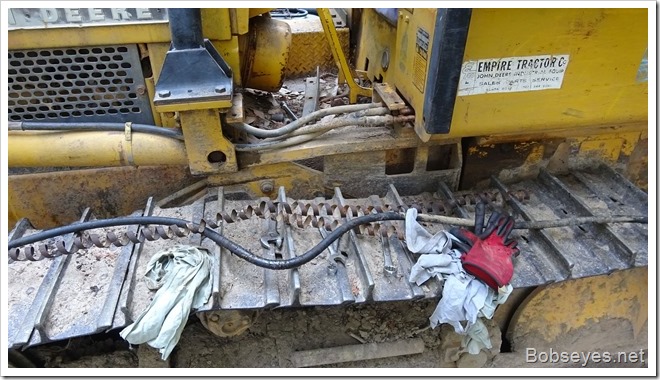 I cleaned up the hose as best I could and wiped all the tools off.

From there I rode around a bit to check on some springs to see  how they were doing and then rode on down to the water tanks to check the water level which was almost full.

I stopped at the strawberry patch to eat a few and then went on home for a good break. I was pretty worn out so not much else got done today but a bit of chair hopping and some napping.

Nice day working away up in the hills

1 Response to Bulldozer Mechanic, Not My Favorite Job