I had a big project to do today but first I went out to see how the new peeps were doing. They’d jumped out of the egg nest box and were with one of the momma hens in the mulch pen scratching away like they should be doing. 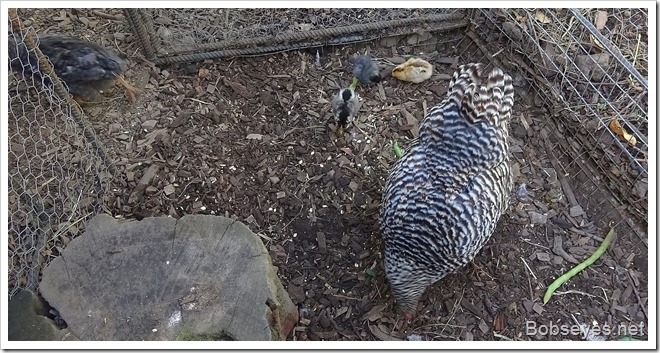 They seem to be doing just fine. 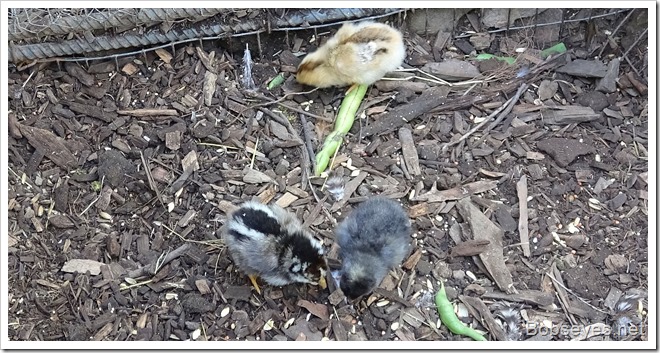 Project for the day

My big project was to cut this old failed bulkhead down without getting hurt. I needed to cut the 2 inch steel pipe on the end where the rope is. I also put a metal brace on it just to be sure it stays up when I cut it with the band saw. The other pipe behind the one I’m cutting will also hold it up. 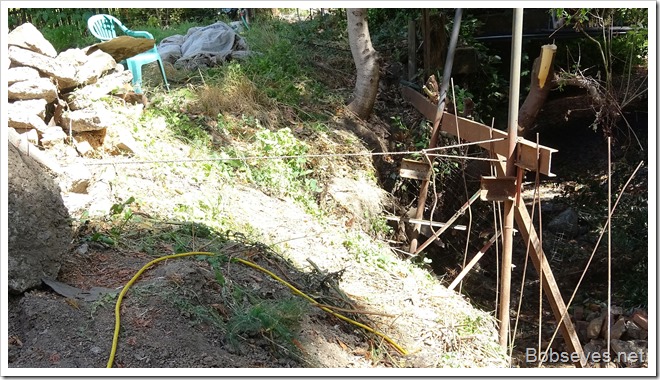 Gave me a scare

It popped and gave me a scare as the saw cut through the pipe but it all stayed up in the air so all was good.

Here’s the end pipe cut off at the bottom and still standing. 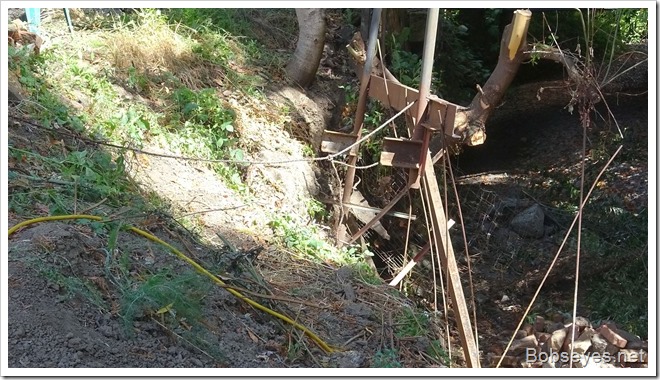 About that time my brother Tom came by with his tractor to put the woodchip pile into a nice pile. I put the sprinkler on the pile to give it a good soaking and that should start it to mulch out faster than it would by itself.

I used the rope to pull the thing over to this new spot where this piece will be so I can put a fence in to keep the chickens in and the deer out.

By the end of the day I had it looking like this. I’ll have to get the arc welding out and weld it up eventually. 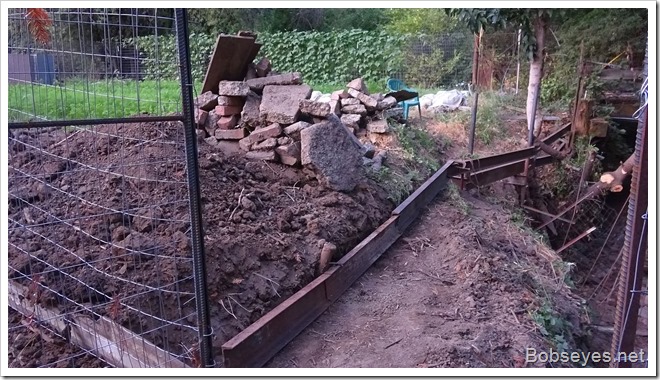 I got a lot done and quit about dark when I remembered the new peeps couldn’t get up to the nest so I went to check on them.

Sure enough, the one momma was sitting with them just below the nest so I helped them up into the nest box.

That was it for me today. Got a lot done and had a nice day.