I went outside this morning around noon and the sun was still behind some big redwood trees. It was damp and cool out chilling me though quickly, so I went back in and warmed up to give the sun some more time and then went out and tried it again.

It was still cool, but I was determined so I slowly got to work on things.

Working on the lever bars

I needed to lay out the holes in my four lever bars so I could drill half inch holes in each end. 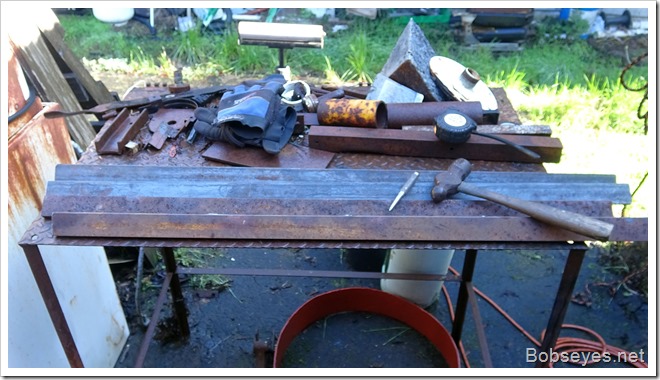 Once the holes were drilled I bolted the carrier together to see how it looked and worked.

Here the carrier is in it’s up position. 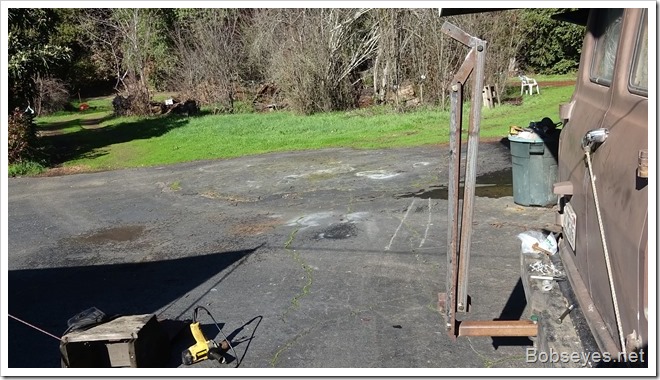 I tend to over build

And the down position all built of metal. Maybe a bit heavier than needs be, but I tend to build that way. 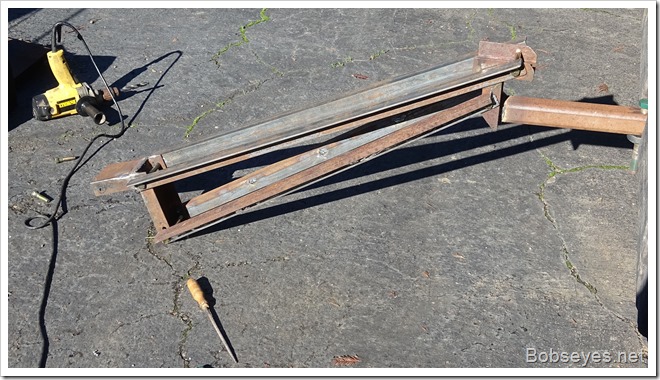 I needed to add a support bracket on the hitch, so I made this one. 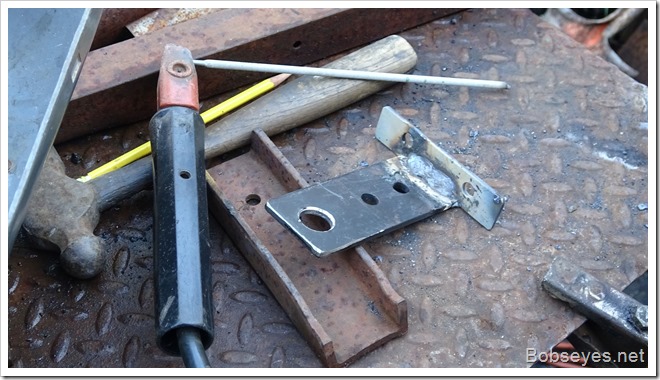 While that part was cooling off from welding it, I made this bracket that will hold the engine mount once I make it. 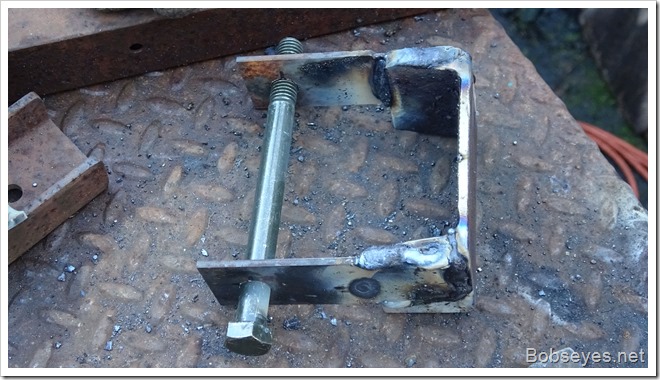 This is the hitch bracket in place, not not bolted down yet. The unit will be able to pivot on this bolt a bit if need be. 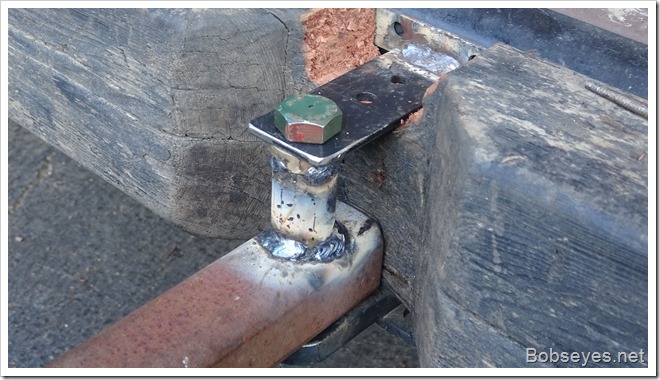 I welded a small piece of pipe inside the bottom piece, so it won’t crush from the bolt getting tight and added that spacer on the top to mount the bracket on.

I made the unit this way as I don’t have a slide in box hitch or I’d done it different maybe.

Here’s the unit in the down position with the hitch bracket installed. 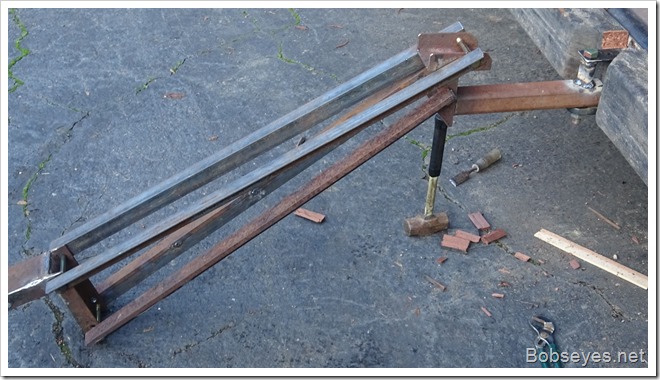 The cat came by and watched me for  awhile. Here she is doing a big stretch, sorta like a hi. 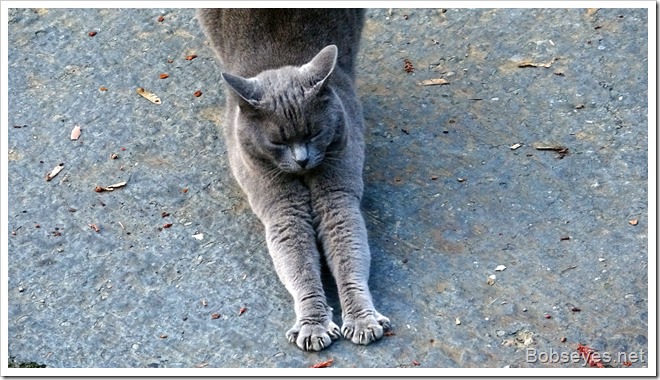 I deburred this engine mount bracket. 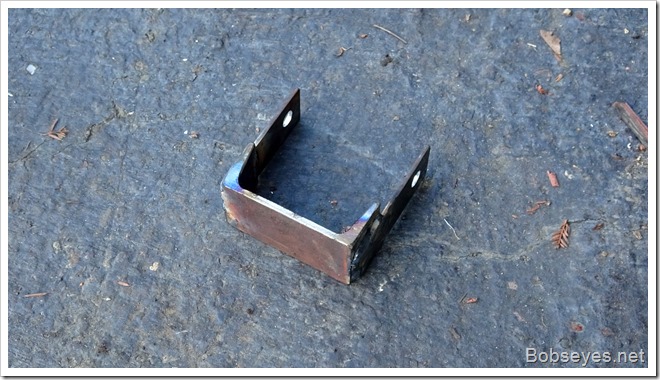 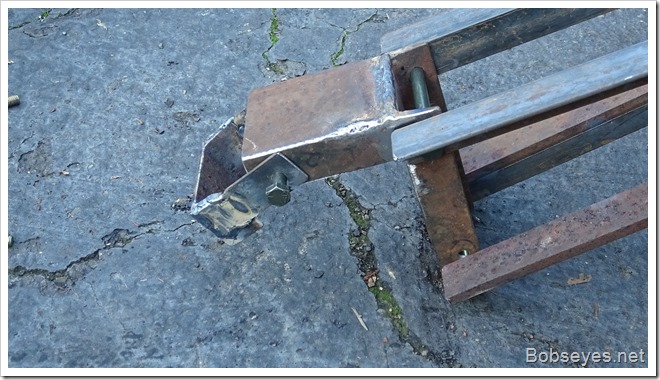 Here’s the unit of what I have made so far. 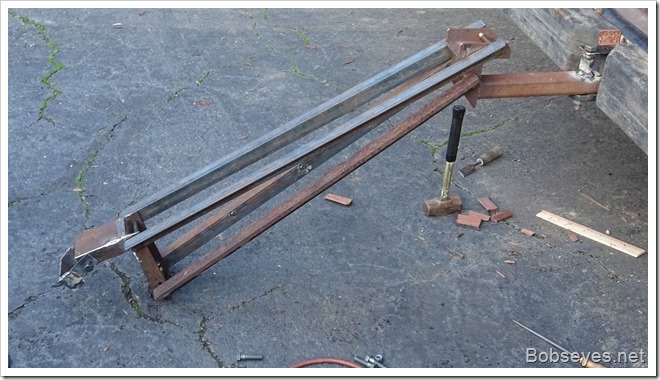 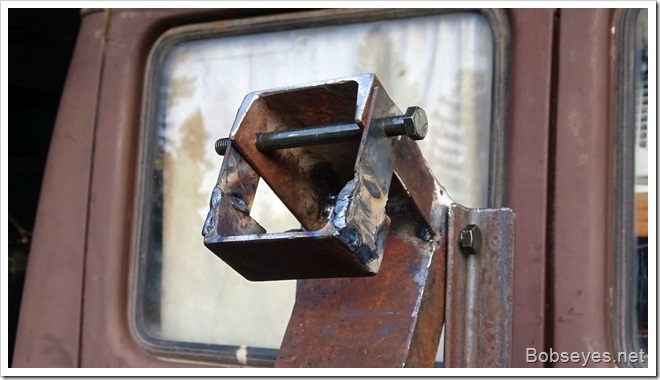 The day was cooling down as the sun went behind the mountains to the west.

I picked up my tools and then got my motorcycle out to give it a try. It looks like it will work, but I still have a few things to figure out yet. 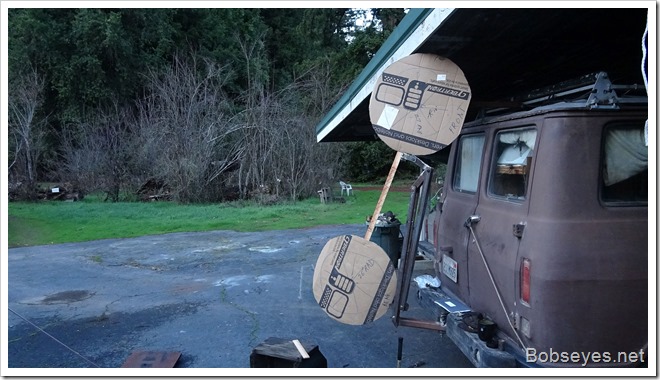 I put my motorcycle away so it wouldn’t get wet from the night’ dew.

Cat and I get  the mail

I needed to get my brother’s mail so the cat and I took a walk over to his place to get the mail. The cat was sniffing something there that was getting her attention. Maybe another cat in her territory. The thing with all the green on it is a limb that fell off a big redwood tree when the wind was blowing. 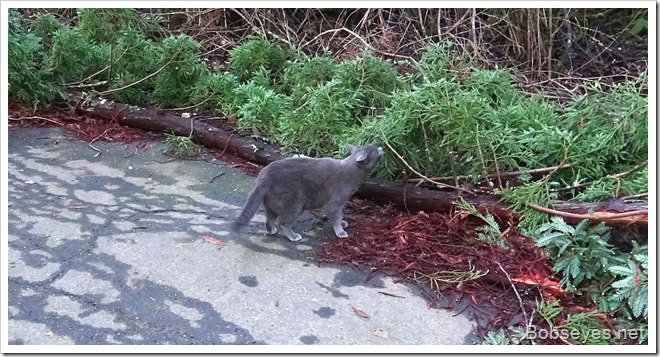 Tomorrow I’ll try and get the engine mount bracket built. That’s the part that the bike will sit on just under the cycles engine.