Not in the mood for brake work but

Today I was going to try to get some more work done on the Toyota Land Cruisers brakes. I wanted to at least get the old rear brake cylinders off and maybe get the news ones installed too.

But I wasn’t really in the mood.

I went out to feed and check the chickens water supply as I knew they were out of food in the pen which is good for them as it makes them clean up the pen of any food on the ground.

Once I had that taken care of I sat down in a chair and watched them for a bit. I was watching one of the chickens taking a dust bath and thought, I need a dust box for them as then I can put dusting materials in there and it wouldn’t just disappear in the pen like it is now. So I looked around and found some 2×12 inch boards already cut and rounded up some screws and a drill for drilling holes and driving the screws in.

Here it is with just a few more screws to drive in, almost finished. 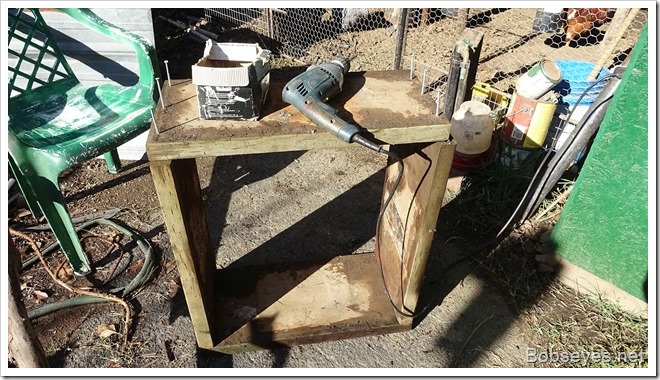 I had to put it in a dry place in the chicken pen to keep it mostly dry.

I thought this spot would work at least for now. I got some diatomaceous earth out and put some in the box with dirt and some ash from my wood stove as I heard the chickens like to dust in that stuff.

I added some dirt and woodstove ash. 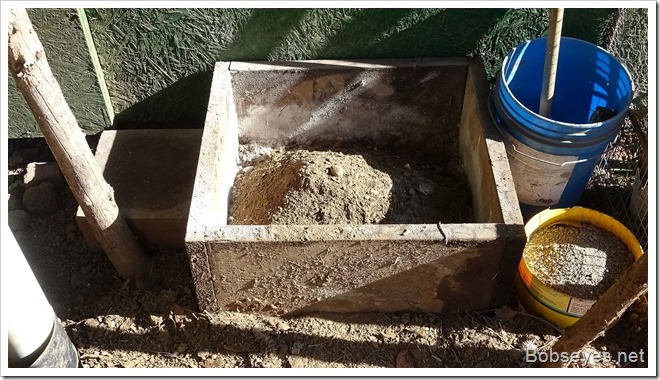 It takes the chickens a little time to get used to any new stuff but I’m sure they will use this eventually.

Need to make some roof adjustments

While I was looking for a dry place to put the dust box I realized I need to do some more work on the chickens roof as when it rains and I feed I get wet going from the feed storage area to the chicken pen and a little roof adjustment and adding a bit more would  help a lot, so I made some plans for that and will tackle that some other time.

In the mean time I still  needed to work on the Toyota’s brakes but I needed something to catch the discarded brake fluid that would drain out and I didn’t have anything to use. I was going to cut a couple of buckets down to use when I realized cutting one bucket in half would make two buckets for catching fluid so I cut one bucket in half using my table saw. I could of used a jig saw to cut it but I already had the table saw set up so that’s why it got used and it worked pretty good and made fast work of the project. 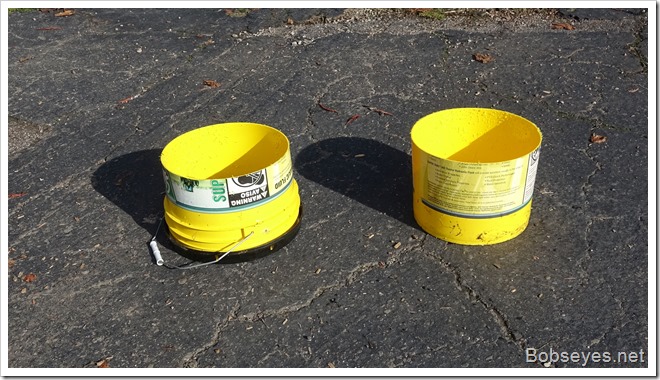 Still not in the mood

Like I said I wasn’t really in the mood to work on the brakes so I took my time setting up the job. I’d get a tool out then walk around the yard for a bit then get something else out until I was ready to go which was late in the day.

But I do get it going

I’ve got everything out and ready to get started working on getting the old wheel cylinders off. There’s two cylinders on each axle. 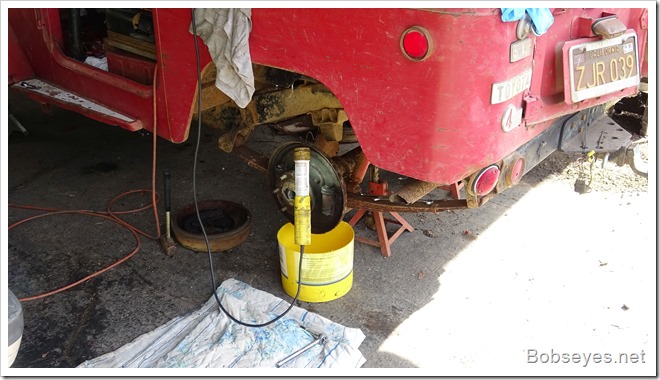 Two rears for one day

The brake cylinders wheren’t very hard to get off. I decided to just do the two rear ones today and keep the front ones for another time

I have the old wheel cylinders off and checking out to make sure I have the right new ones. I’ve also removed the ones on the other side at this point. 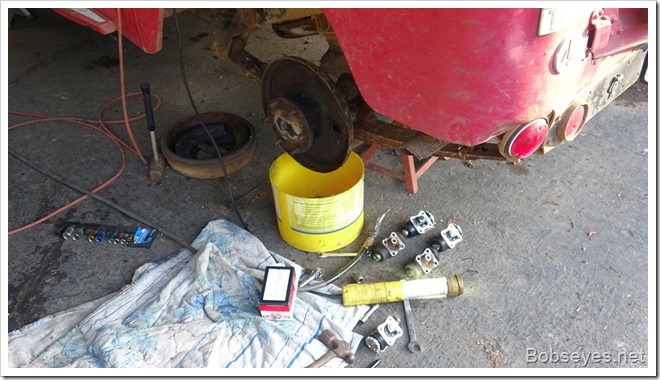 I have two types of new ones some for the rear and a different cylinder for the fronts so I had to make sure I had the right ones in the right place.

Here’s the old ones where I’m matching up the new ones and am now ready to install the new ones. 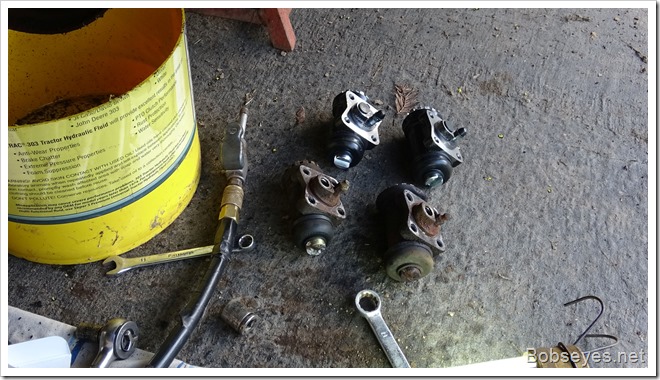 By now the chickens were squawking a lot as they wanted out to graze so I opened the gate and let them out to do their thing while I worked away.

I installed the new brake cylinders but in the process found there was a copper seal washer missing. Apparently I didn’t install one when I last worked on it a number of years ago. I’m surprised it never leaked.

But this time I wanted to do it right so I hunted through all my washers and nuts and bolts until I found one that would work so I could continue.

Here’s the two wheel cylinders installed. I did the other side too. 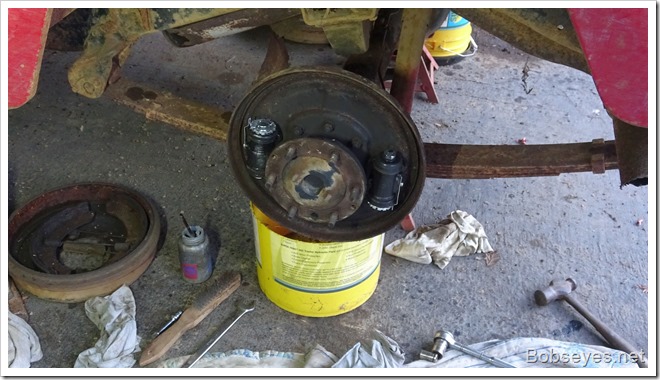 I thought I did well to get his far and by now the day was almost over.

The chickens were in from grazing the yard so I went over and shut the gate and that was it for me today.

Tonight I’m eating some of that vegetable stew I made last night. I added some to some chicken and small dumplings I had. I also added some more shredded chicken meat thanks to the chickens and heated it up and hummmmmmmmmmmm good.