Once I got it going today I went out and took care of the chickens, then puttered around the yard for awhile.

I had some brush that was taking over things so I got the loppers out and trimmed it up some and was going to stop at that. 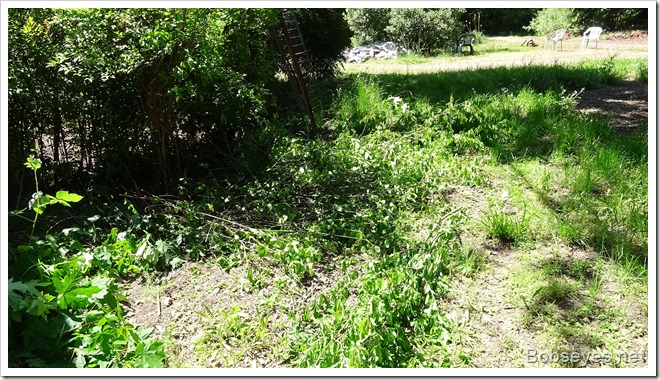 But this American bamboo has also grown into the driveway so it needed some work too. 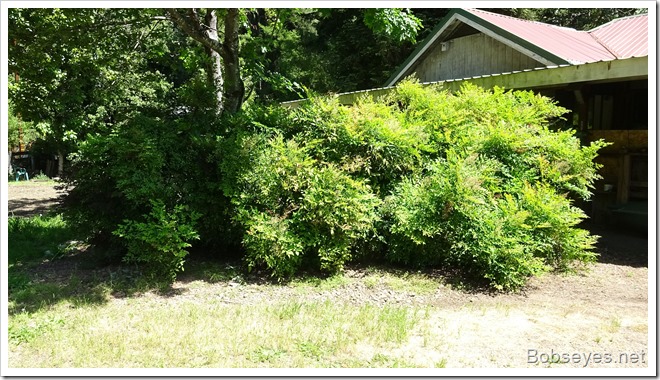 I got it trimmed up but didn’t get any of the brush picked up yet, maybe tomorrow. 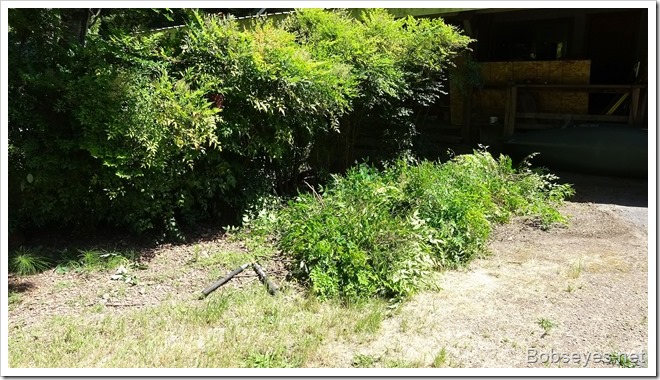 Our main raspberry patch is about to start giving ripe berries and is a bit overgrown with weeds so I got the weed mower going gassing it up. 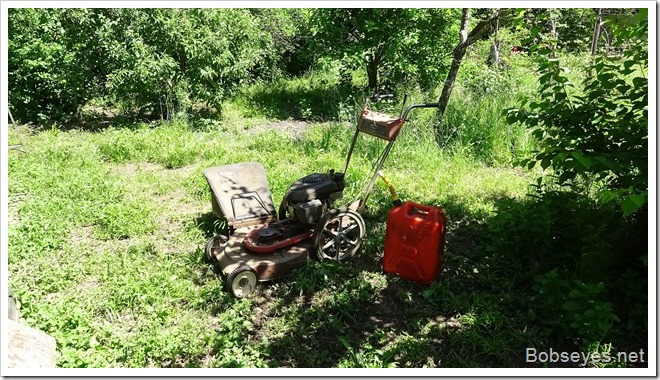 I got it started and started working on the weeds in this raspberry patch. 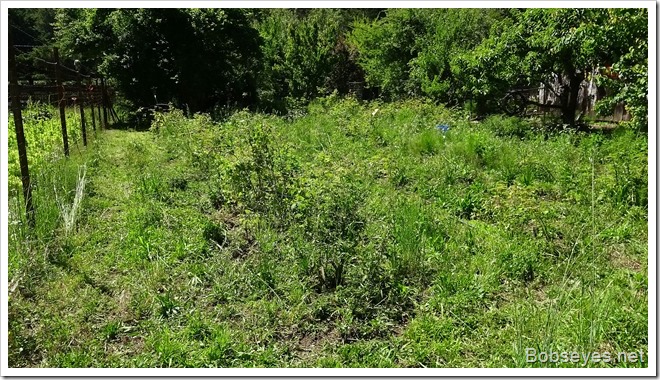 I was doing ok when the mower abruptly stopped and it wouldn’t restart.

I got the starting fluid out but that didn’t work either and I wore myself out trying to get it going. 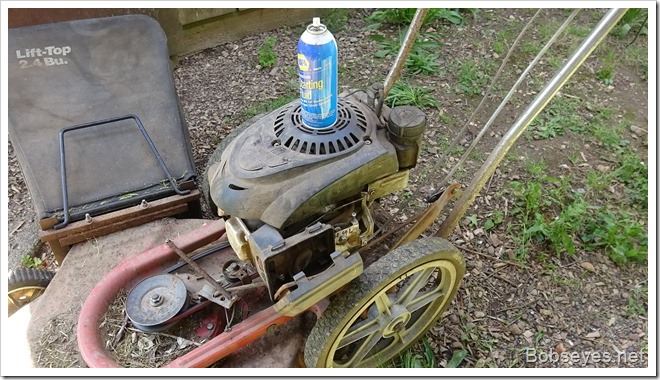 A nap and a think

Nothing to do but take a little nap and think on it which I did. I thought that darn mower does this to me quite often and when I try to restart it it seems like there’s not much compression so, maybe a valve is sticking open and not sealing when it should.

So after the nap I got a big five pound hammer. First I tried to start the mower and it sputtered a bit but wouldn’t keep going so I got the hammer and whacked the head fairly hard a few times right where the valves were located.

I tried to start it again and it started up so maybe when it screws up I just need to whack it. Time will tell on that one.

Anyway I went back to work mowing the raspberry patch which now looks like this. 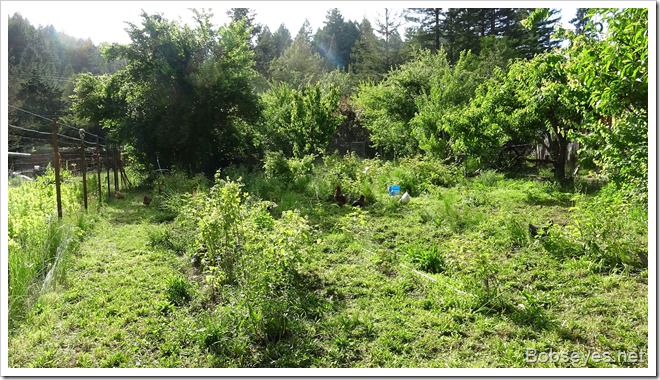 The raspberries in this patch are just starting to ripen. I found one in there and ate it.

Best to eat them

I have a few more bushes of them in other spots and they do  have some ripe berries or they did and I ate them. 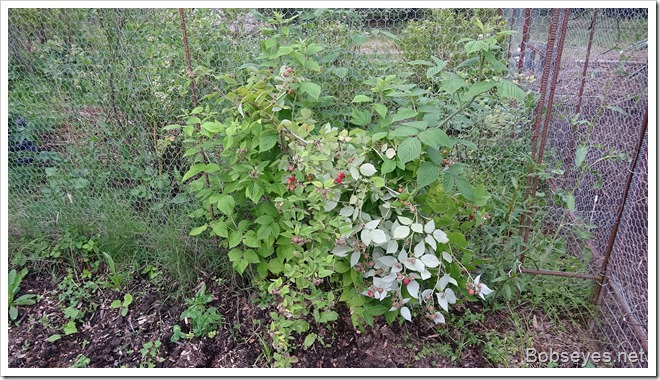 That weed mower wore me out and I was out of energy for the rest of the day so I finished the day chair hopping mostly.

Nice day, I got plenty of exercise.