Brush and Berry Vine Removal Continues In My Yard

This maple tree I cut down last year was growing new branches. I got the loppers out and cut all the little branches off as I don’t want it to grow. I’m only letting trees grow that have fruit for as long as I’m growing trees I  might as well grow the ones that produce some fruit. Now I have to pick up the brush. 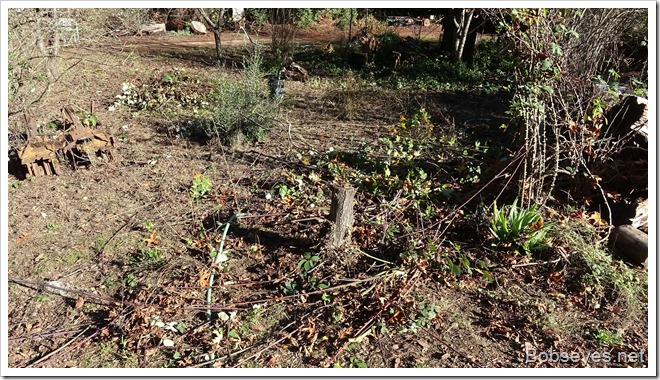 Ripping out this area

Then I went to the backyard where I was working yesterday here. I needed to remove a bunch of irrigation pipe stuck in this brush and there was some steel wire mixed up in it all too. It used to be a trellis for some raspberry plants but the big redwood trees are too close to this spot and they didn’t get much sun. 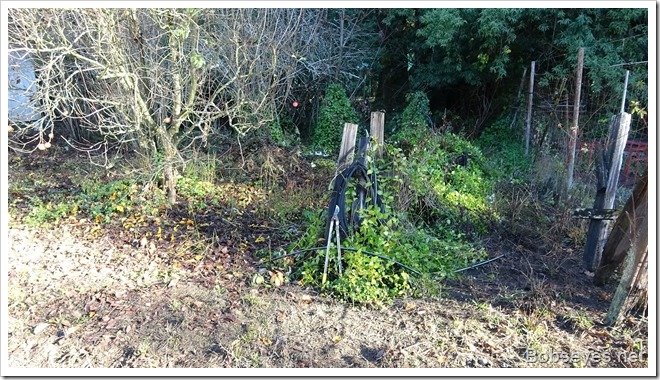 Whenever I’d stop for a break the chickens would move in and help  me out. 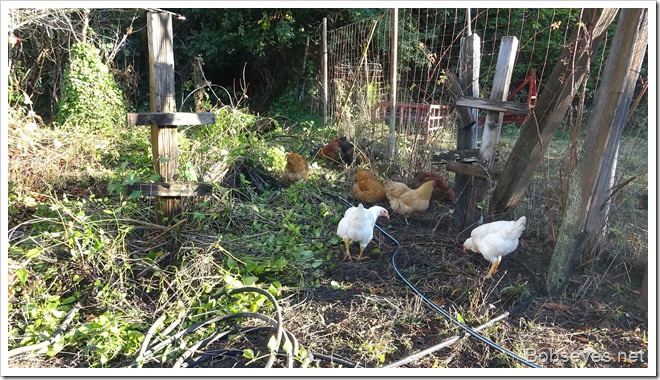 I got all the plastic pipe out but the steel wire is still in there to get out later. Most of the brush is down too. 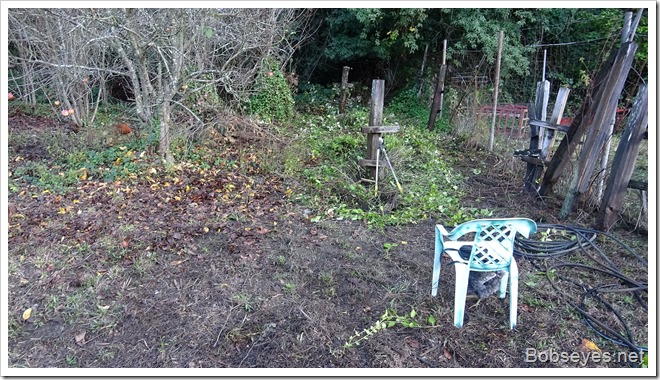 This is the spot behind that spot where I worked on cutting a bunch of blackberry vines out. It may not look like I did much but there was a lot of big vines I took out with big thorns I had to watch out for. 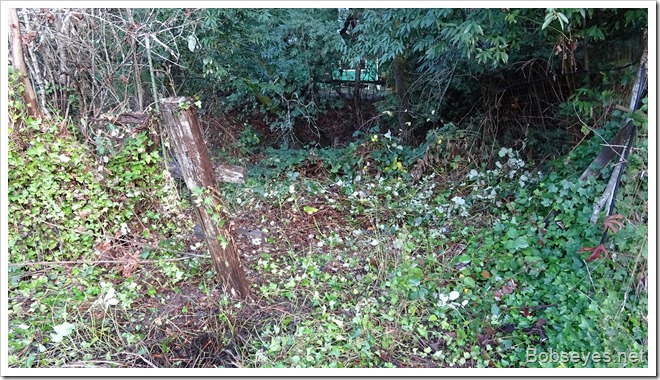 The chickens were grazing close by in the raspberry patch and would move in to the work area where ever I’d let them. 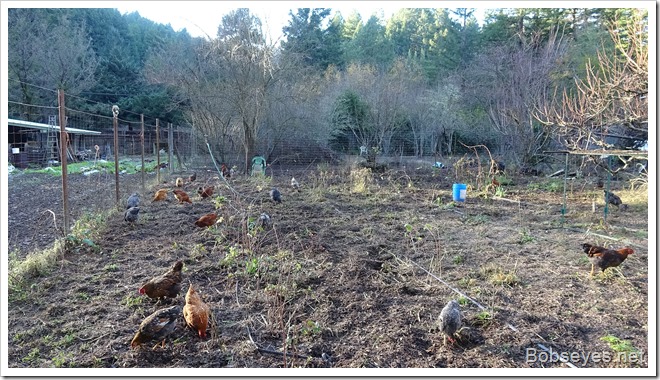 Moved to the front yard

Later in the day we moved to the front yard. Here I just opened the gate and all the chickens are running out into this spot to graze. 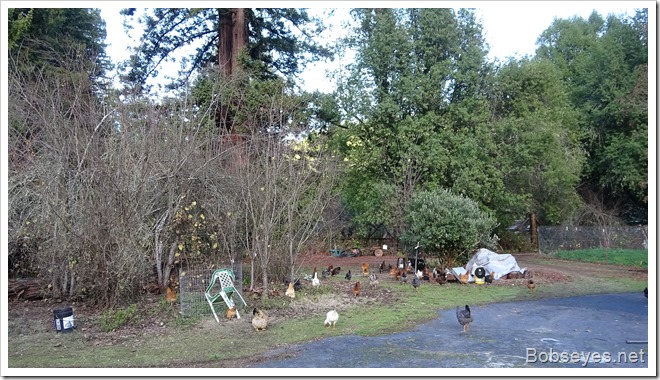 I was working on cutting out the blackberry vines in this area which I mostly dug out. The bush by the chicken to the right of the shovel needs to get removed as it’s too close to the cherry tree there so I got the loppers and cut it all down. 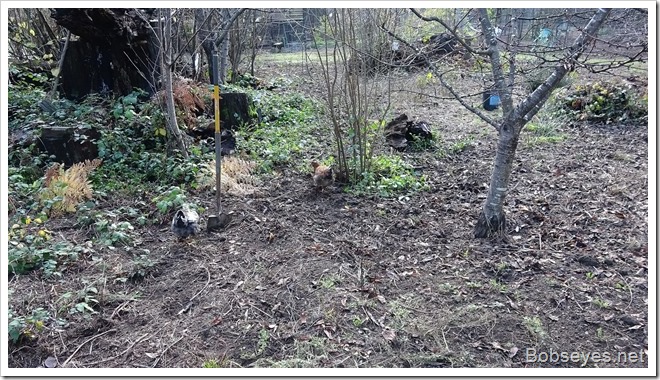 The bush is down and ready to haul to the brush pile and I’m working on digging up the blackberry vines here. Chickens don’t like blackberry vines but as soon as I dug some out they are right there to see what they can find to eat. 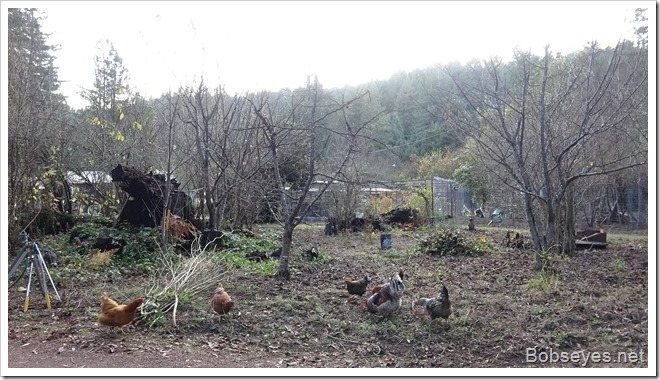 I finished the day digging blackberry vines in this spot, still lots to take out.

Most of my fruit trees are losing their leaves and going dormant so I need to think about getting started pruning them as that needs to get done so I can go off traveling pretty soon in a  month or so.

That was it for me today for another nice day working away in the yard.