I didn’t expect to see so many pelicans

Best thing for me to do to avoid so much work and give my body a rest is to go kayaking so that’s what I did.

I was amazed how many brown pelicans were on the estuary today. More than I’ve ever seen at one time.

They were lined up on that telephone line which I’d never seen them do before. 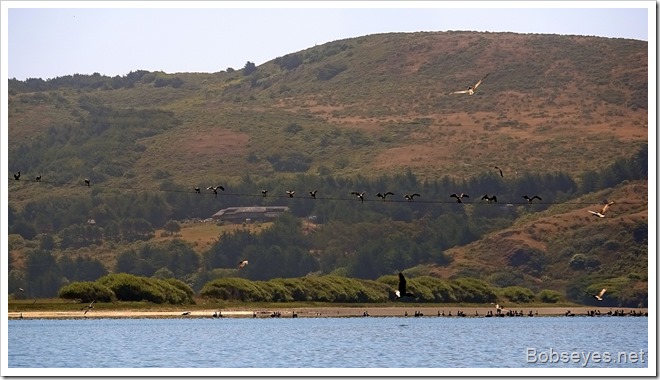 I decided to paddle down to the river’s open mouth today since I paddled up river last time.

I paddled by these two brown pelicans on the way. 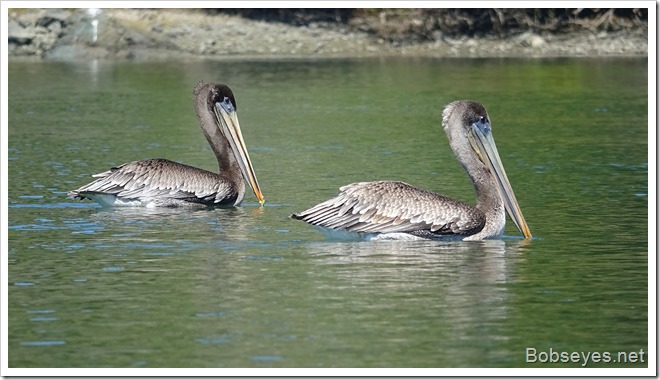 And there were some terns resting on the bottom end of the island. 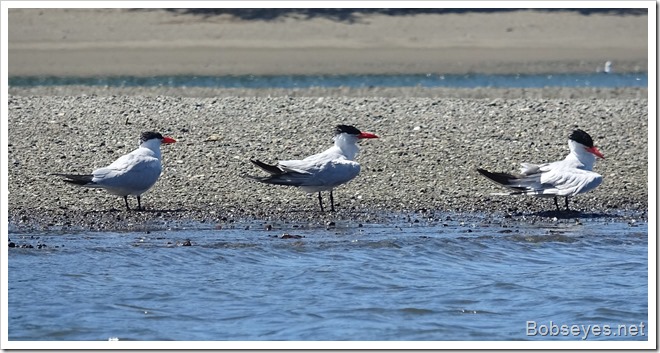 Paddling off the lower end of Penny Island I have to cross the river to get to the river’s mouth area going across here. More pelicans. 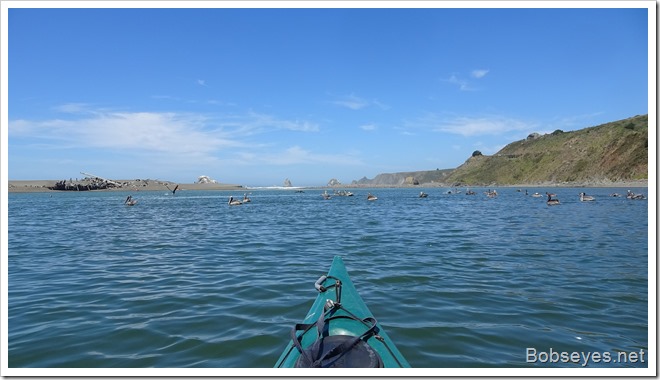 Almost to the river’s open mouth. 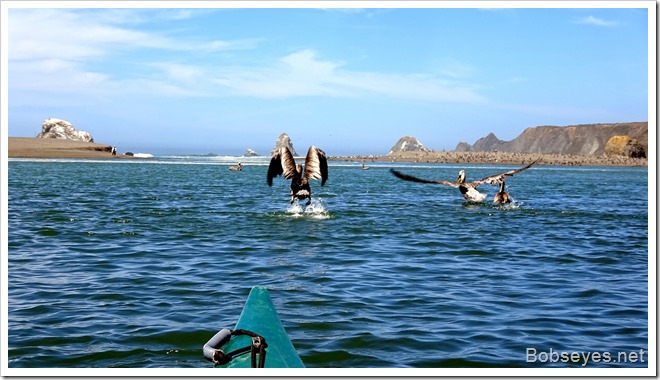 There were lots of birds of all kinds resting on the sandy beach at the river’s mouth. 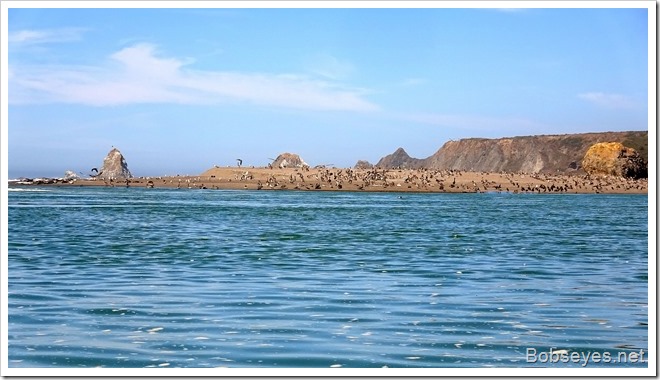 The ocean was fairly rough with some big waves crashing on the sandy beach. Harbor seals are resting on the beach here. 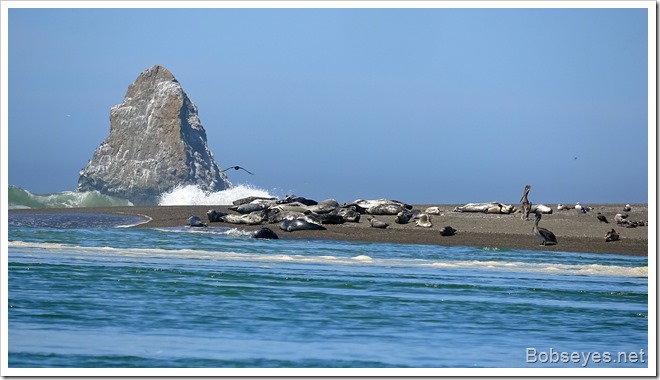 I paddled down past the open mouth to what I call the end of the river where there is a spot out of the wind so it’s a good place to sit and watch things. 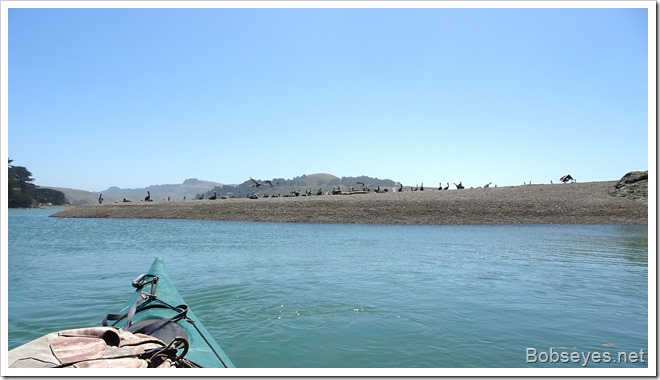 Lots of pelicans close by where I sat in my boat. 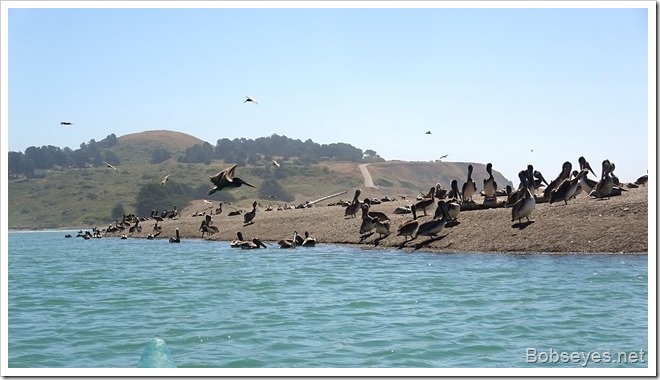 After a good break I started back up the river going by these pelicans. 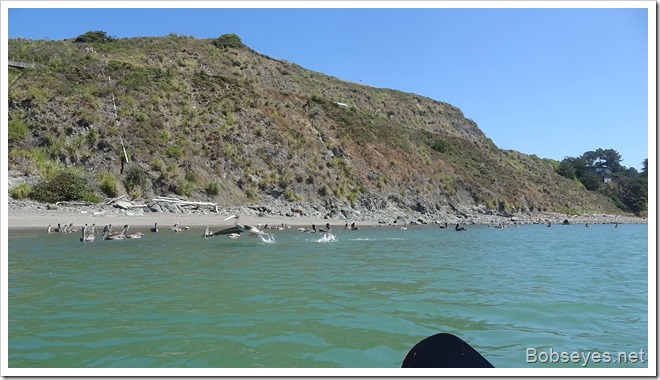 And there was a group of pelicans on the lower end of the island I passed on by on the way in. 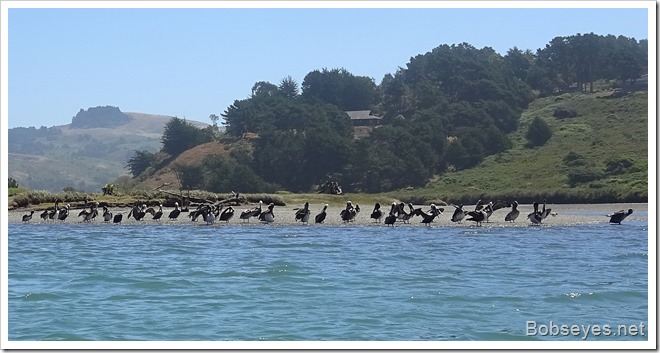 On the way in I noted there were 30 or more canoes landed at the beach by the ocean so I decided to cut the day short to avoid any problem at the boat ramp when they pulled them out of the water.

I was headed to the boat ramp where I was in for a surprise and not a nice one. 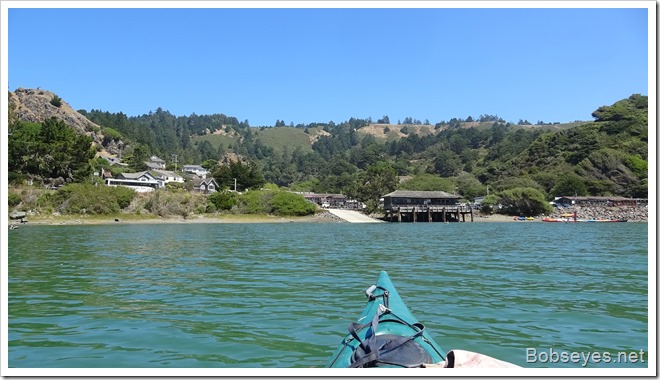 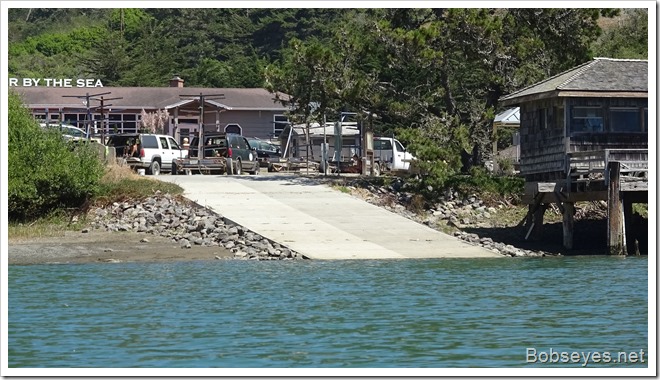 I pulled my boat into the ramp and got out to see if I could get my car through them, but no way.

I said to them this isn’t right to block the ramp like this. The lady who seemed to be in charge said they need to do this for the school kids that are out in their boats. Bull I know better and to use that excuse was lame. As a matter of fact any excuse is lame because what they did was just plain rude and inconsiderate on their part.

I think they pulled in here around noon and it’s now 1 PM. I saw the boats parked at the beach with no one in them so they’d not be here for quite some time. As a matter of fact the last time the kids came to the ramp at about 3 pm so that means they’d block the ramp needlessly from 12  to 3 and likely be there until about 4 loading boats.

So the lady that seemed to be in charge didn’t seem to think they were doing anything wrong even though the sign says 10 minute loading zone. As a matter a fact she just kept motor mouthing it going on about everything continuously except the fact that she just didn’t have anything to say that was positive about them doing this wrong and doing something about it. I stopped her once or twice because she was motor mouthing it and not saying anything constructive. Don’t waste my time lady. She didn’t seem to get it or maybe didn’t want to. 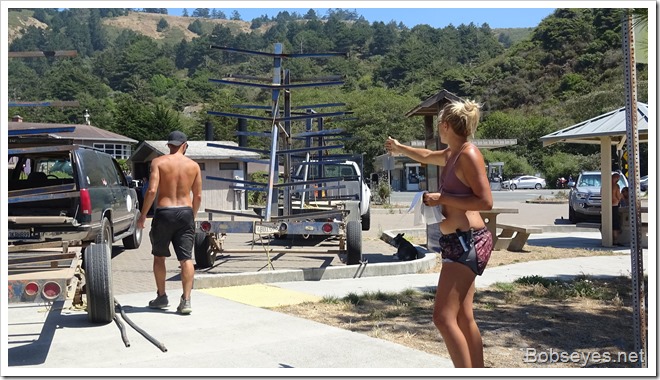 The men were apologetic

On the other hand the men where apologetic and offered to haul my boat up for me which I accepted as there wasn’t any other way I was going to get my boat to my car today. They realized they were wrong and said so where the lady never said so.

Go ahead turn me in

She got upset that I would talk to the men and not to her but she continued to motor mouth even when I called her on it. She insisted I was very rude to her and she should turn me in. I said go ahead.  She just seemed to think what they were doing was an ok thing, but I didn’t and said so.

I took this picture on the way up to get my parked car, of them blocking the boat ramp and the potty area. They were inconveniencing just about everyone down here today. Not good business practices. I’m willing to share but they don’t’ seem to be except on their terms. 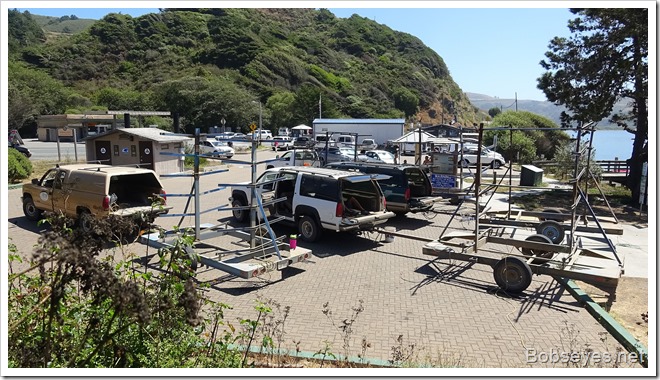 So that was my run in with the River’s Edge rental group, the second time this happened. And yes I was rude but when people don’t listen up they deserve to be treated rude.

The next time this happens I think it might be time to get the rangers involved as it’s a State Park boat ramp.

No apology from her

I always feel bad about having to do stuff like this so I apologized before I left  and went on home for the day. I think I controlled myself fairly well and avoided the boat ramp rage. I didn’t get an apology from her, go figure. :O)

Too tired out to do any work

So I went on home for a nap with intentions of getting some stuff done but I was worn out and just chair hopped around the yard with a nap or two included in there too.

That was my day, lots of nice pelicans to watch today.