Brown Pelicans and Lots of People Paddling Around the Estuary Today

A paddle at Jenner

I drove on down to Jenner this morning. There were quite a few boaters on the water today, but I was able to get my boat in the water without too  much trouble.

I paddled across to Penny Island and headed down the river towards the river’s mouth area.

Here I’m just about to the bottom end of the island and I’m looking at all the birds on the beach down there in front of me on the left. 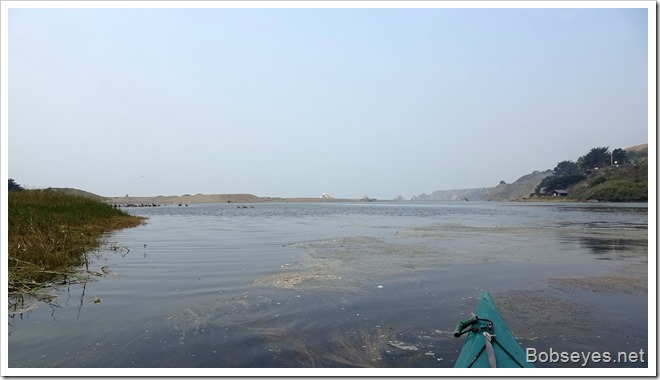 There were a bunch of geese resting there. 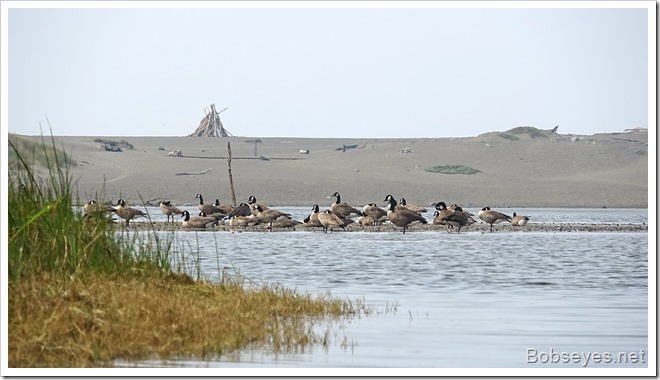 I watched as these pelicans flew in and tried to land, but the geese repelled them with all their honking and open beak chasing so the pelicans flew around a few times and left. 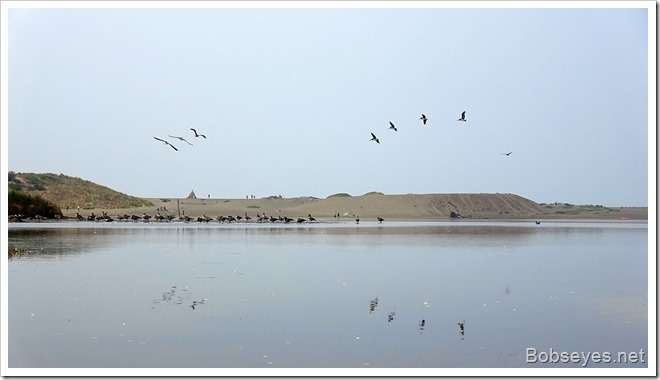 Brown pelicans flying around looking for a place to land. 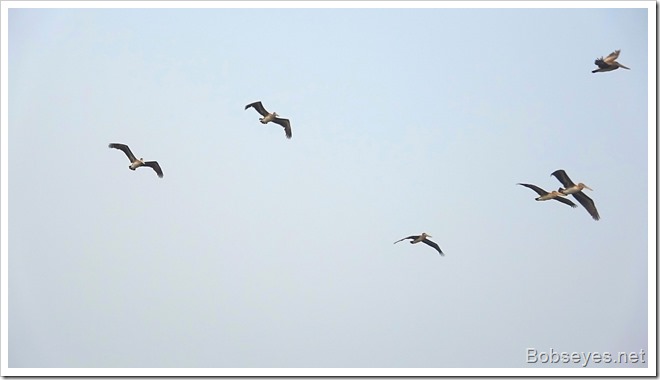 I crossed over the river and headed down towards the river’s mouth area. There were a bunch of birds resting on the sand and in the water. 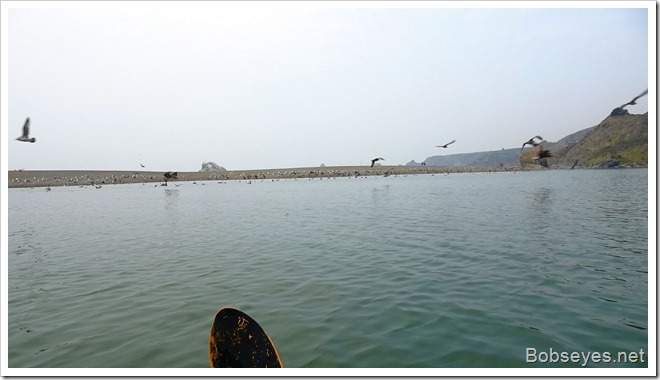 Something spooked the birds and they all flew into the air before landing again. 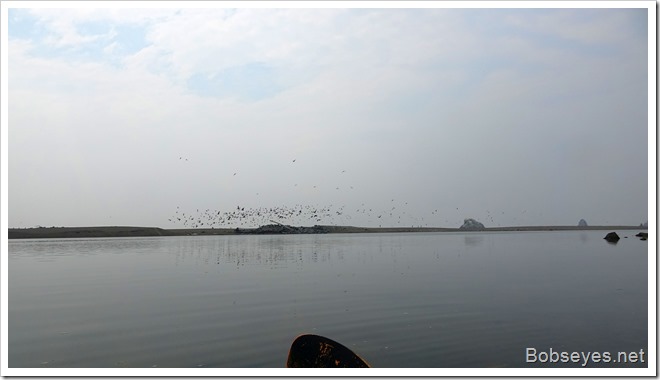 I paddled over by the birds. Brown pelicans and seagulls mostly. 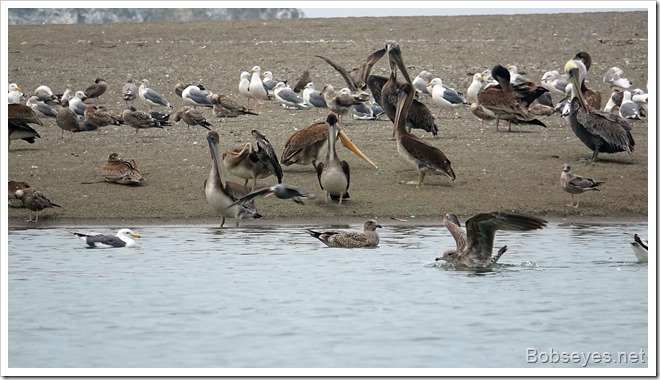 I’m continuing down to the mouth area which is open on the north end which is unusual for this time of year as it’s usually open more to the south by the jetty this time of year. I heard the mouth was closed for a long time this summer and it opened by itself about a week ago at this northern location. 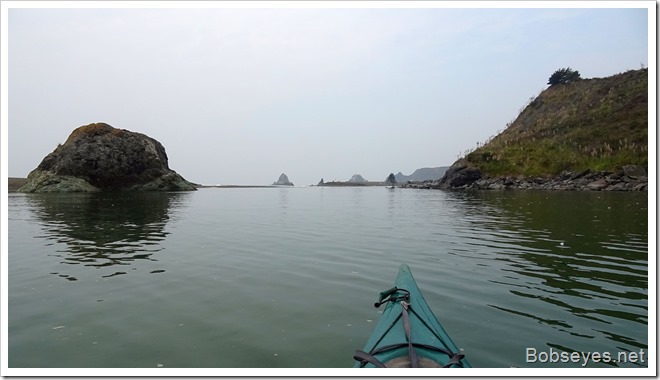 I pulled into this spot by the sand and was watching the birds on the shore up ahead. 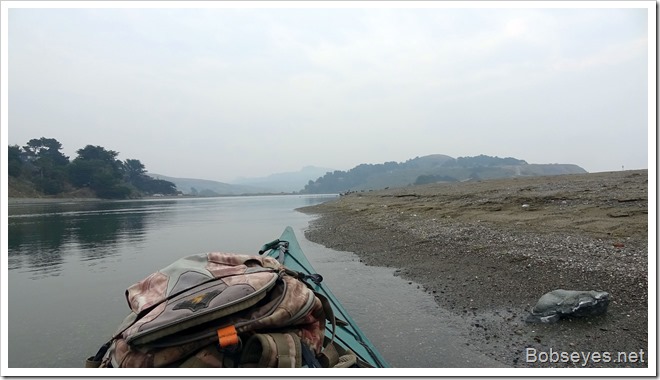 I was mostly watching the brown pelicans. 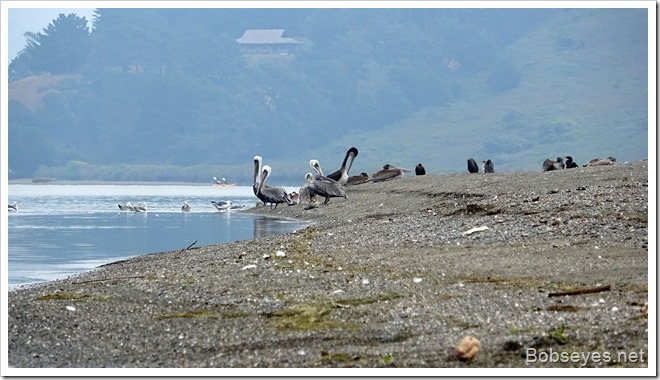 There were some harbor seals in the water in the open mouth. 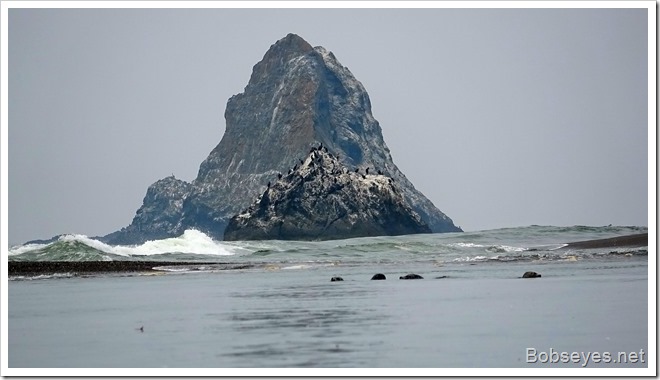 I hung around the mouth area for about a half hour then turned and headed back up the river stopping to shoot the bull with John as he lives down there. 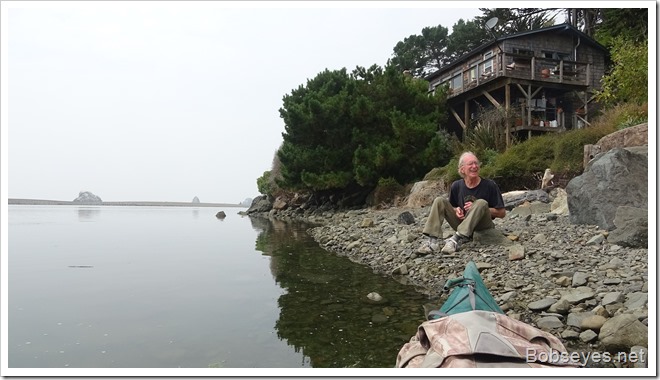 He brought me up to speed on his recent medical stuff with his heart problems and also up on local gossip.

I left John and continued on in towards the boat ramp. I went by these cormorants resting on  this rock. 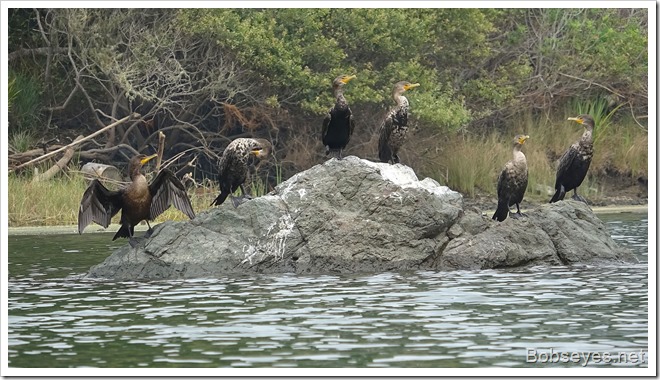 I stopped and watched this egret fishing for a bit. It was catching real tiny fish about an inch long. 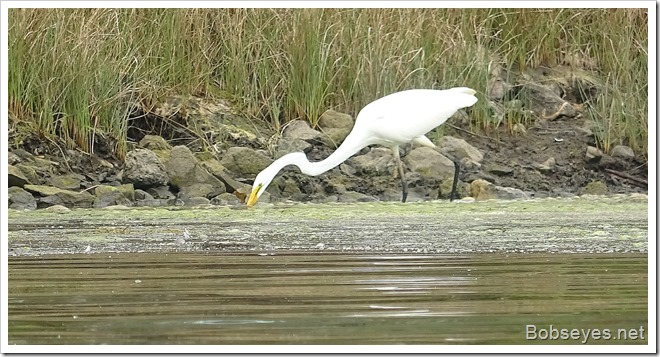 I decided to pull out before all the other boaters decided to go home, so I headed for the boat ramp and pulled out with no trouble.

I puttered around the yard for most of the rest of the day. It did try to rain a bit, but all it did was drop a few drops and that was it.