I didn’t have anything better to do today so I was off to Jenner to kayak for the day.

It was overcast with high fog which meant the wind was down which is always a good thing which makes for a nice paddle.

I put my boat in the water at the Jenner boat ramp and parked my car and was off headed down river along the island’s shoreline.

As I approached the island’s bottom end I spotted this osprey eating a small fish. It flew off as I approached. 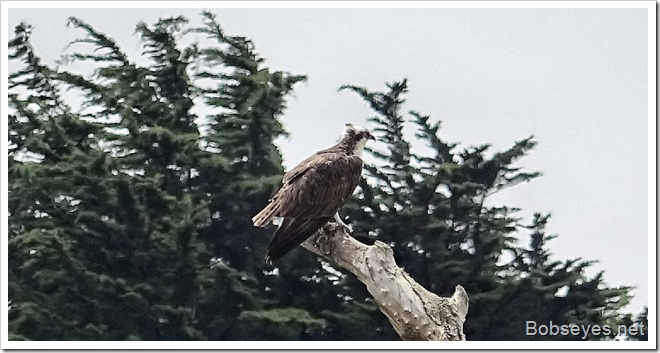 But this hawk which was just under the osprey stayed as I paddled on by. 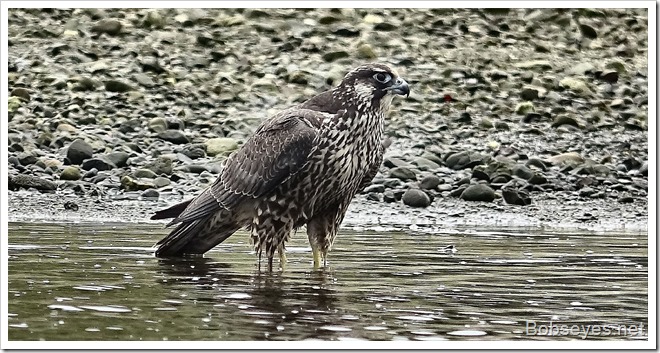 I could see a bunch of birds on the tip of the island so I went over to investigate. 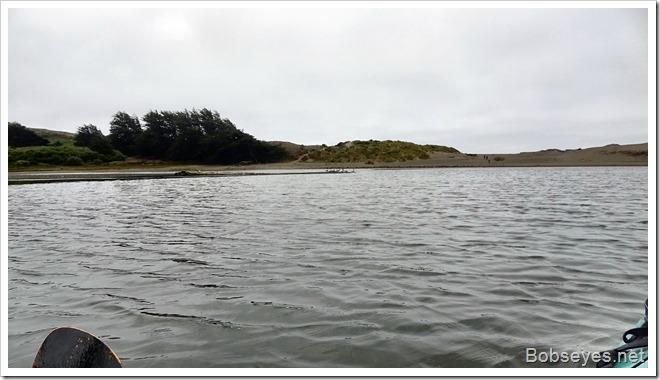 Terns resting on the gravel. 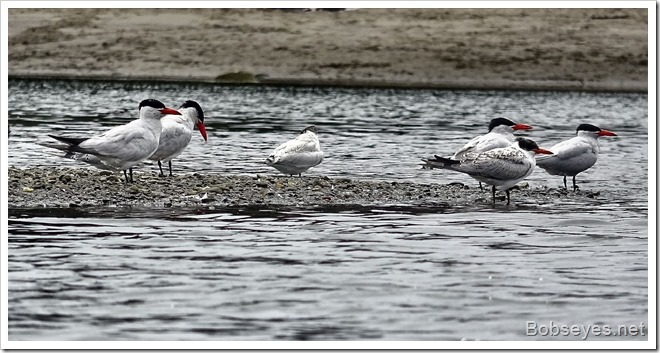 Brown pelicans coming out of the sky

As I was sitting there watching the terns a bunch of brown pelicans landed all around me quite close. 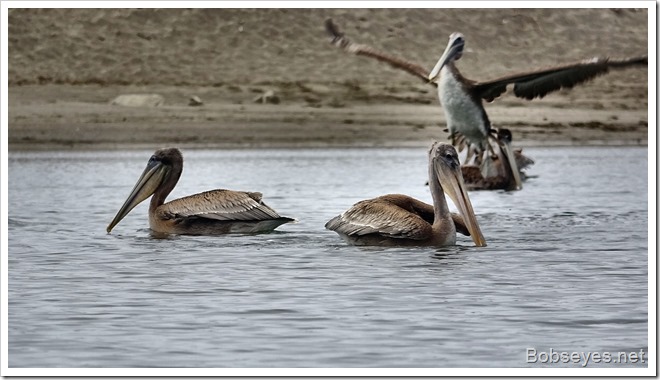 I was right in the middle of a bunch of them as they rested in the water. 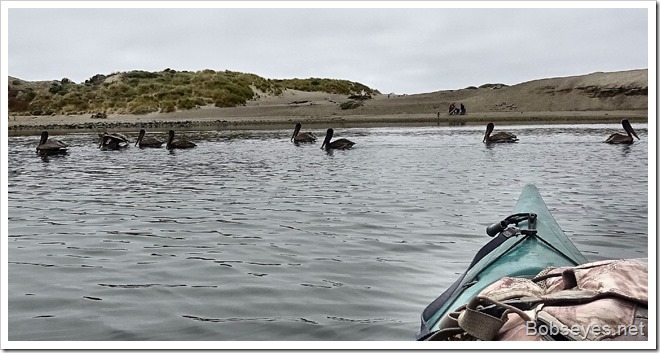 I turned and headed for the river’s open mouth area up ahead a bit. 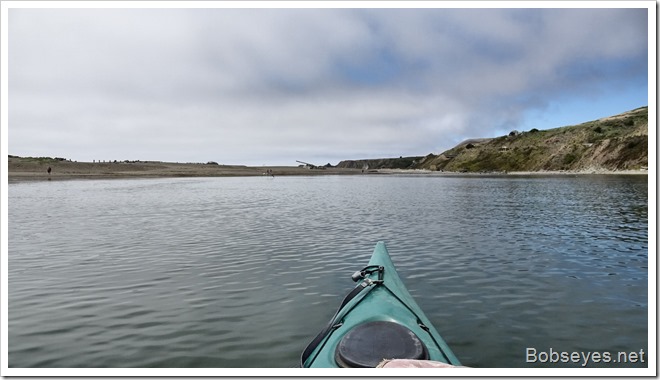 As I approached the mouth there were a bunch more pelicans. 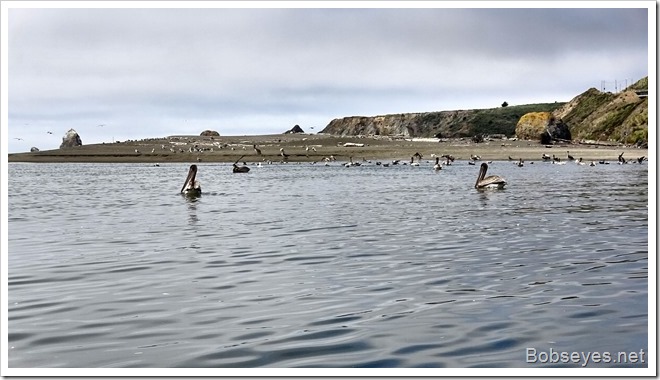 Most of the harbor seals were by the ocean today for some reason and not in the estuary. 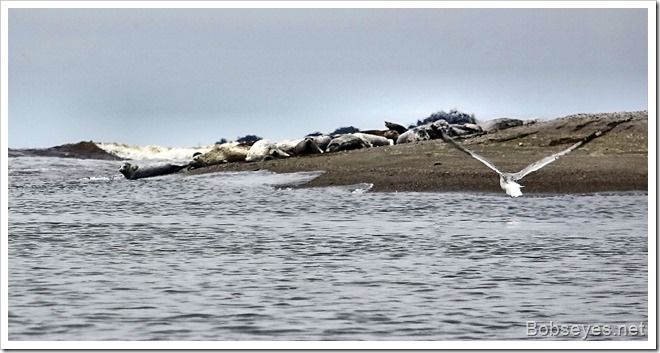 I saw this guy doing something over on the shoreline behind me. Could it be John the trash picker upper. He has some heart trouble and hadn’t been doing too good the last time I saw him but I wasn’t sure it was him as this guy looked like he had a beard. I approached and his beard turned into a mask and it was John so I sat in my boat and shot the bull with him for an hour or so while watching the goings on at the mouth. 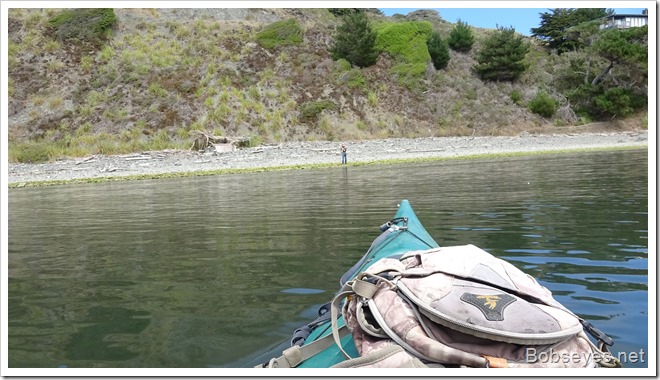 A  big flock of brown pelicans flew in and and landed. 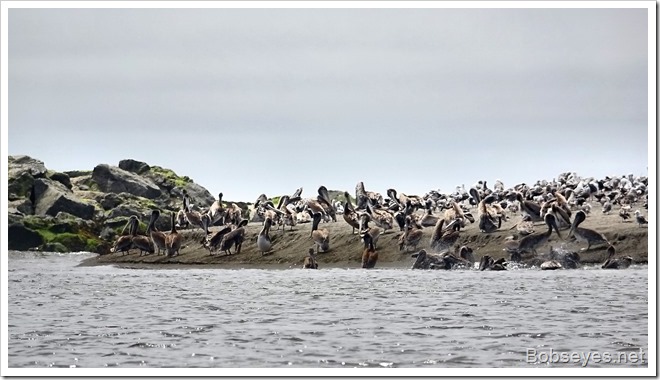 Pelican’s seemed to be most everywhere. 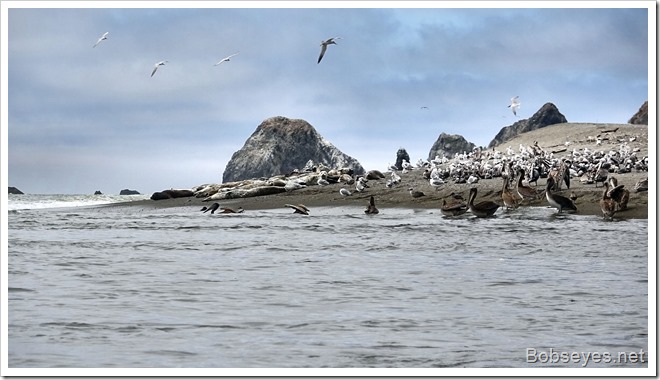 Lots of birds on the beach now. 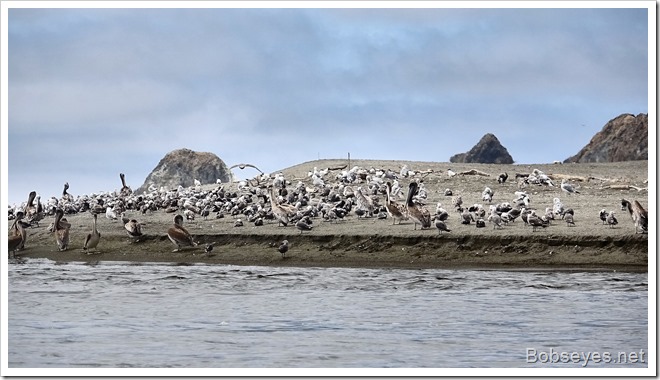 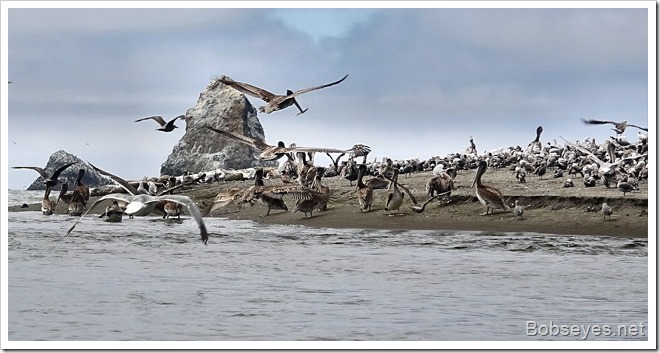 Eventually I left the mouth area and started back up the river.

Now there were a bunch of pelicans that had landed on the lower end of Penny Island. 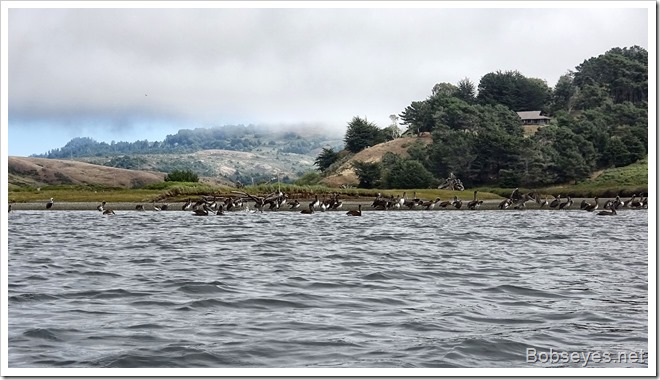 I moved in close for a photo or two. 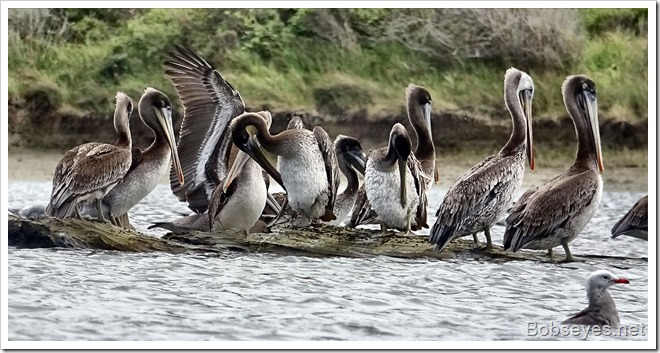 And then headed in to the boat ramp and went on home for the day.

That was a lot of brown pelican’s today. They are fun birds to watch as they do their antics.

Once home it was nap time and that was pretty much my day.

Nice day paddling the estuary with the pelicans.