Breads Done and Harbor Seal Pups Time of the Year

This is what’s left of the loaf of bread I made last night. It turned out well that’s why a lot of it’s gone already. 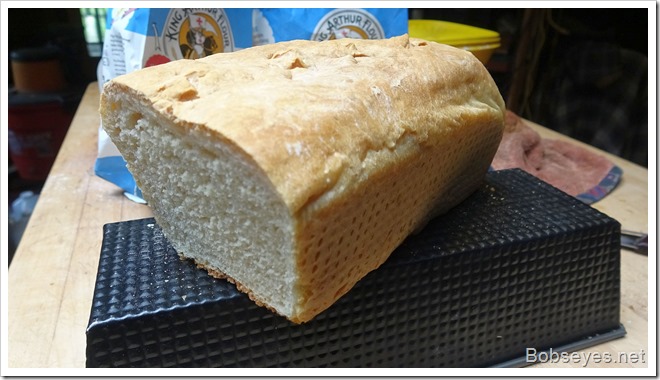 Headed to Jenner for a paddle

I made it down to Jenner around 1PM today. It was suppose to shower later in the day, so I took my rain pants with me, but didn’t put them on.

I paddled across the river and down along the side of Penny Island where I went by these terns resting on the gravel at the end of the island. 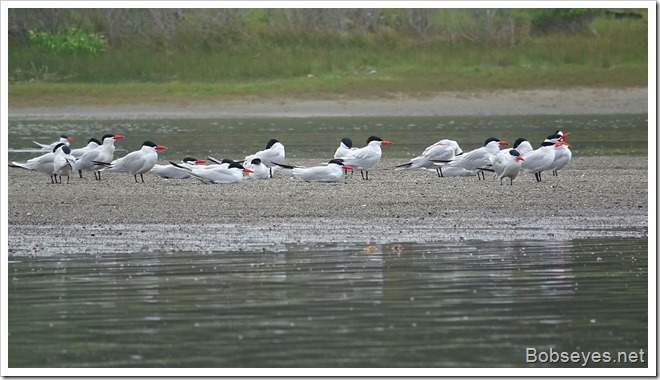 I kept moving along and headed down towards the river’s mouth area, just up ahead. 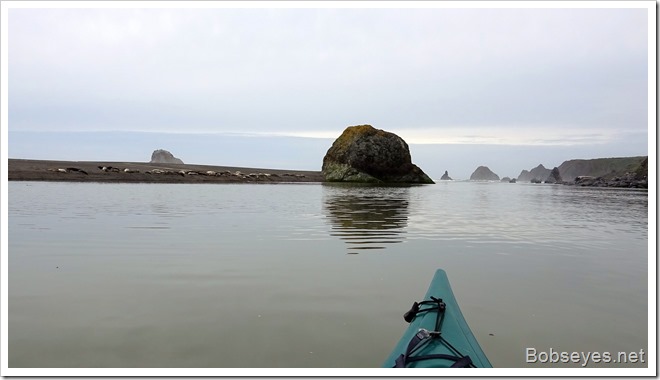 Looks like most of the harbor seals have pupped

It looks like the harbor seal pupping season got into full swing as there were a number of new pups on the beach resting. 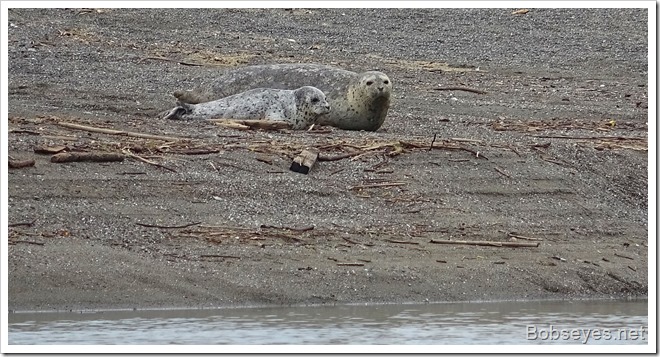 Here’s a couple more pups with their moms. 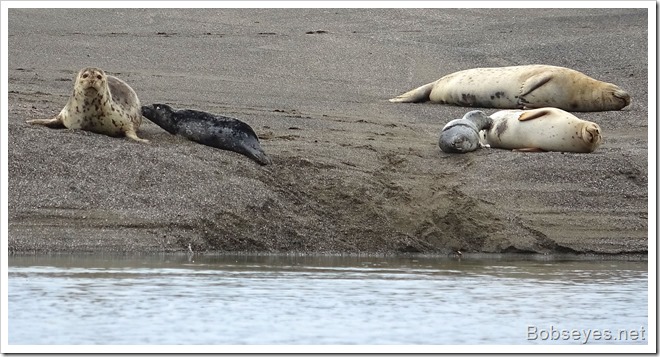 Seal pups are weaned sometime around one month so they have to grow up fast.

I paddled out to this spot just inside the open river’s mouth looking out into the ocean.

I sat watching things for a bit. 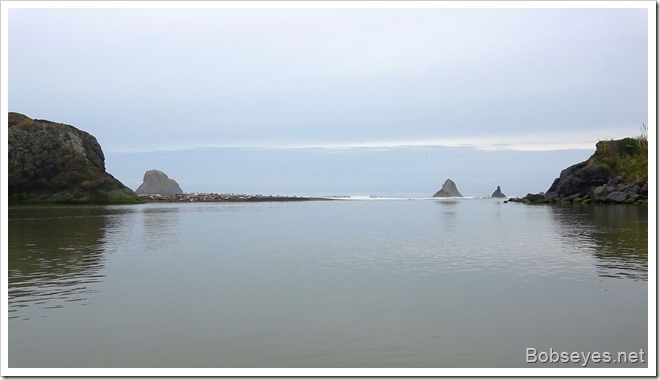 These cormorants put on a bit of mating plumage this time of year. 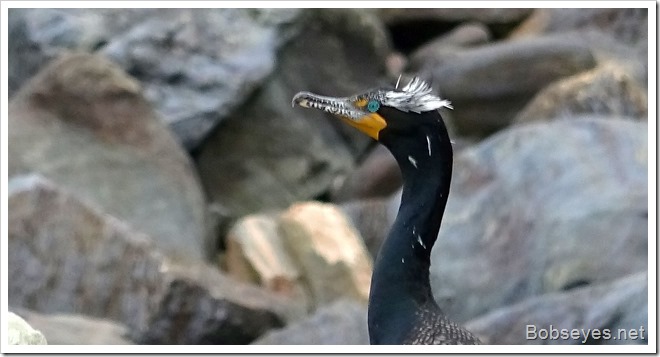 These harbor seals were resting on the rocks in front of me. 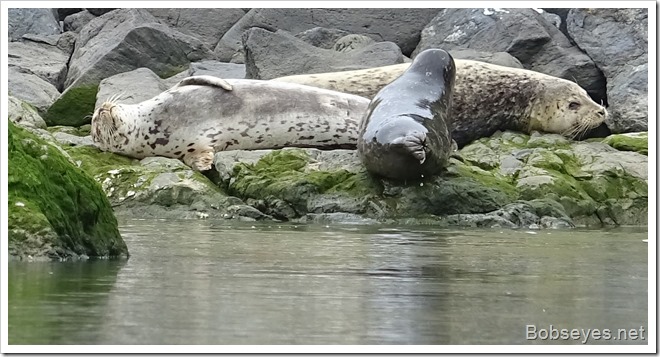 I watched as this brown pelican flew in and landed. This is the first one I’ve seen this season. 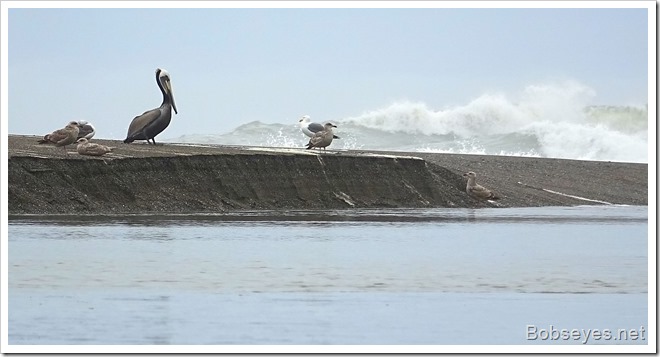 Eventually I started paddling back up the river going past these birds. 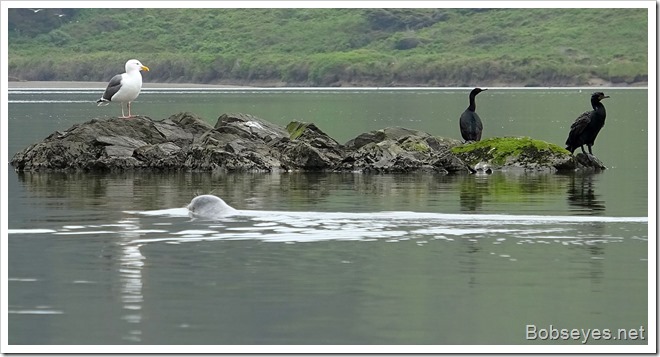 I paddled on over to John’s house to see if he was around, but I think he might be having another heart operation as he wasn’t around, but I did check out the flowers in his yard. 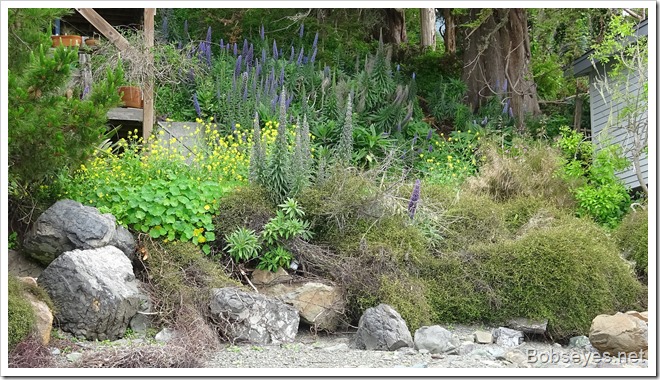 I continued on up along the shoreline when I saw these three wild pigeons getting some water. 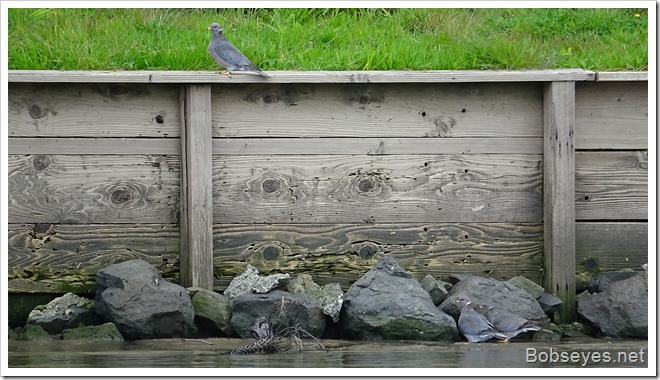 I continued on and up near Paddy’s rock I saw this great blue heron. I haven’ t seen too many of them around lately, likely because the water’s been muddy for a long time and it’s harder to fish, but now the water is starting to clear up. 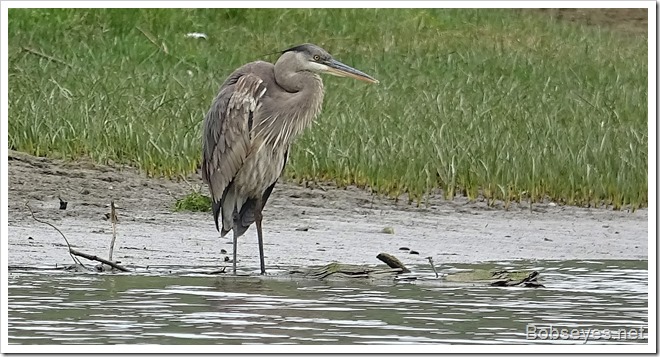 I paddled on up to a place I call muskrat and sat behind this big rock for a bit enjoying the nice calm day. 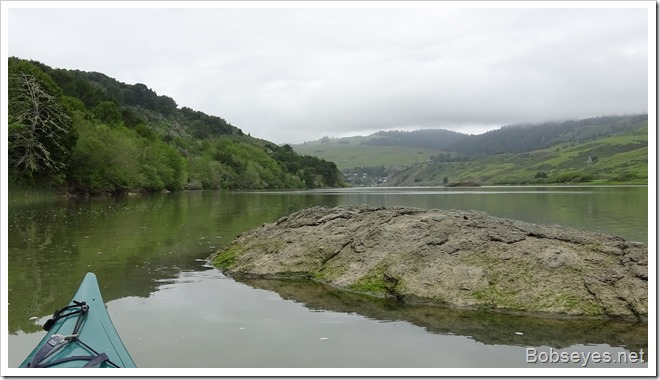 About that time it started to shower very lightly so I started on back. It showered lightly so I put my rain pants on top of my legs to keep dry, but it never did shower very hard until I left for the day.

I was paddling by this spot when I saw an osprey land up in the tree above me. 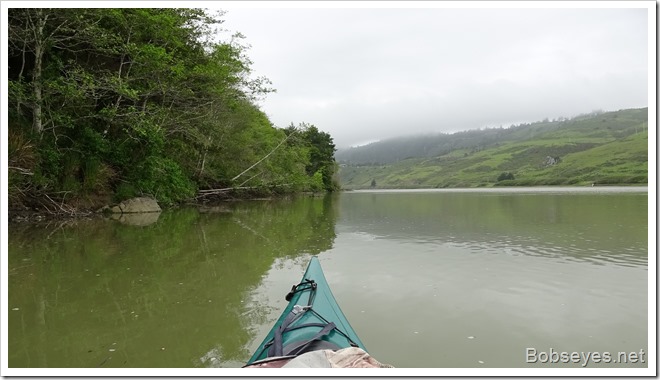 Here’s the osprey I saw land in the tree. As the muddy water clears they will start doing better fishing. 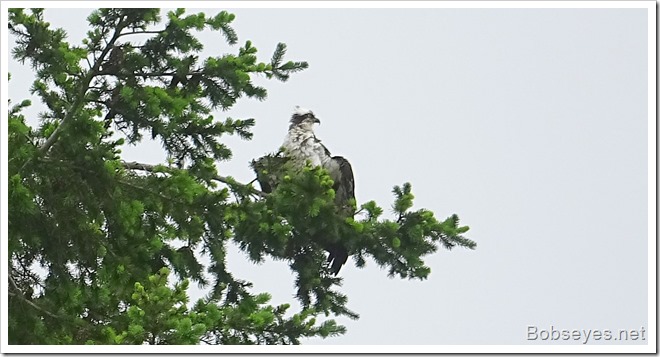 I continued on down towards the boat ramp taking my time as the showers were so light and eventually made it to the ramp.

I took my boat out and went on home for the day where the showers had picked up by now so I left just in time to stay dry.

I had a nice paddle and a nap when I got home and that was my day as it kept the light showers up for the rest of the day.