Quieting things down around here

It was time to quiet things down around here which meant a chicken butchering day.

First thing I did was catch the three lucky chickens that were going to feed me. Three roosters which meant three less roosters crowing.

Here’s the three Dominique roosters that were chosen. 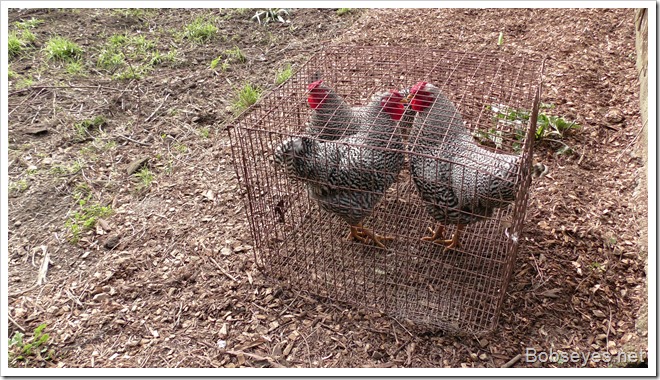 I’ll leave them in that cage to settle down and get to them later in the day. This is their last chance to do all the crowing they want.

I let the rest of the chickens out into this grazing pen they haven’t been in for a while as I’ve been letting the stuff grow so they can’t destroy it all so quickly. I’ll keep them out of it now and let things continue to grow. 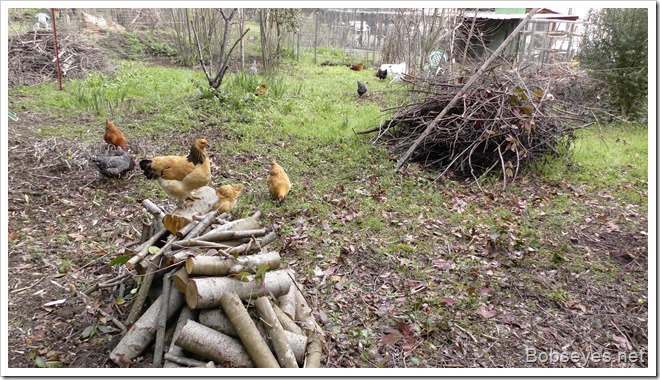 Things seem a bit quieter among the flock without the three other roosters. Too many roosters makes a lot of trouble.

I was bound and determined to get the tires on my Toyota Land Cruiser today as I didn’t have much to do to do that.

I put antiseize on the lug bolt threads on all four wheels. 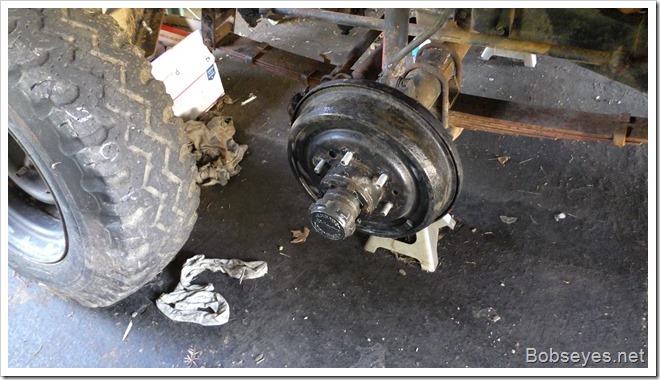 Then I installed the tires and got the impact wrench out to tighten up the nuts which makes things go much easier and faster. 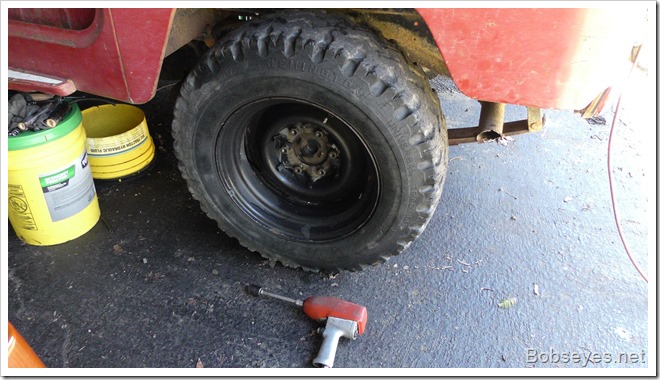 Once that was accomplished I hooked up the battery and turned it over. It took a bit but finally started up so I drove it around the yard a bit and parked it here to get some sun.

I let the engine run a bit to warm it up as it’s not been used in a long, long time. This is the first time it’s gotten to sit out in the sun for years so it enjoyed it 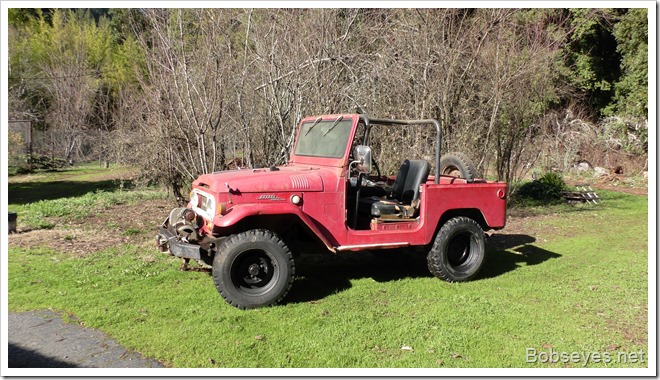 While it was there I drained the clutch master cylinder and slave cylinder fluids and refilled them with fresh brake fluid.

It was getting late in the day so it was time to butcher the chickens.

I se up and had just done one in when this truck pulled into the driveway so I stopped to shoot the bull with John for a bit. The chickens would keep for a bit but eventually I told John I was going to have to kick him out as I had some work to do so he left for home. 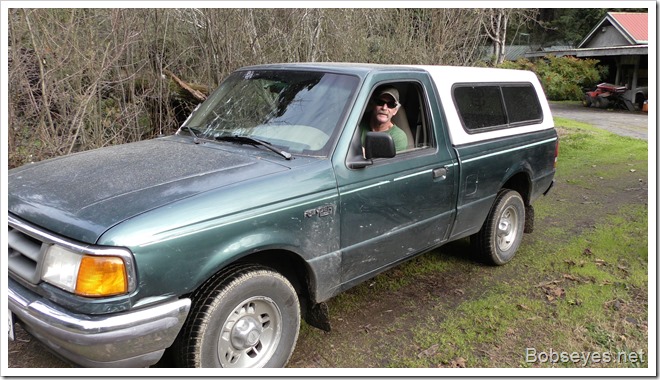 I took care of the butchering business and have one of the roosters on the stove cooking right now.