It was going to rain a few inches tonight so I thought it would be a good time to put some fertilizer on the new woodchip mulch I put in the garden as when it breaks down the woodchips it uses up a lot of nitrogen.

So the idea was to give it a bunch of fertilizer early on in the breaking down the mulch process so more nutrients would be available later when it all mulched out.

I had a sack of organic 20 20 20 so I applied a liberal amount of this to the rows of woodchips in the garden and will wait for the rain to wash it into the woodchips tonight. 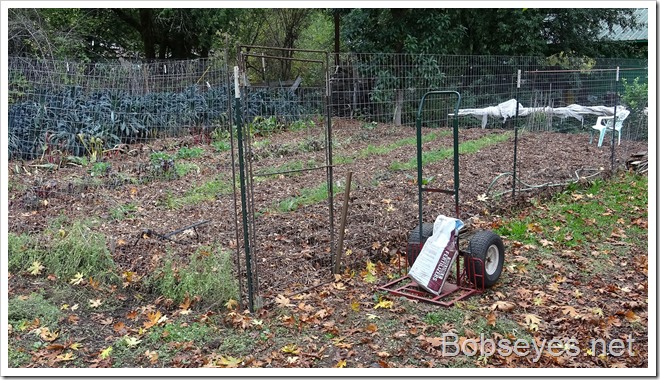 I scattered the fertilizer all over these woodchips putting it on fairly heavy. Let it rain. 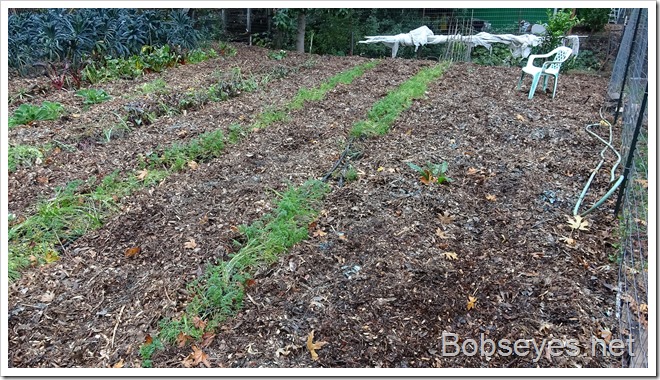 Next I needed to do some repairs on the culvert I had widened out last summer as the recent heavy rains washed out a little bit of the base, so it needed to be beefed up a bit.

I had some cement blocks so I got my brother’s golf cart to haul some blocks over to the culvert. 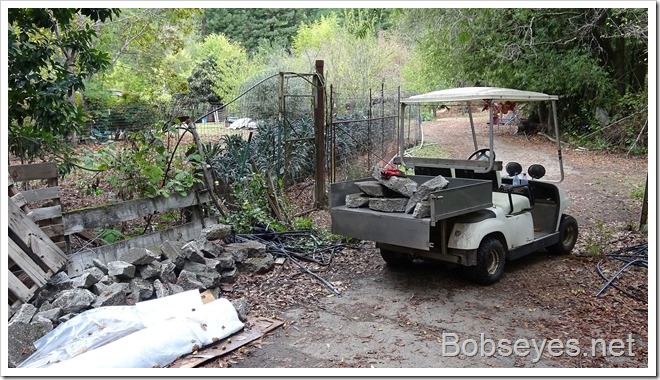 Here I am at the culvert that needs some work. 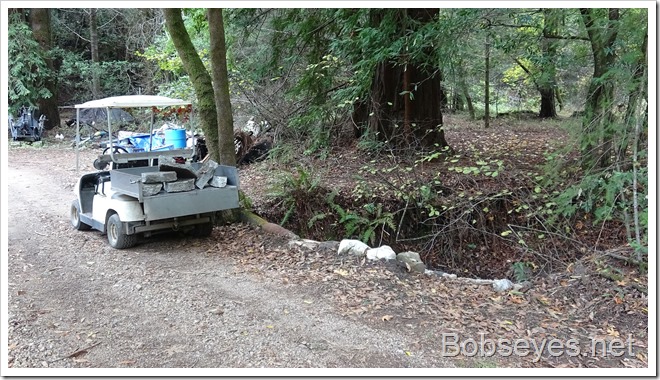 This is the repair I did last summer to widen out this culvert crossing building all this up. 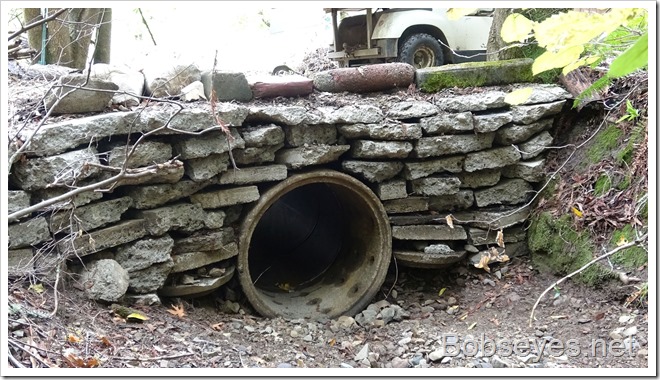 You can see each spot on both sides of the big pipe that is getting undercut by the water when it flows where I need to beef things up with the blocks. 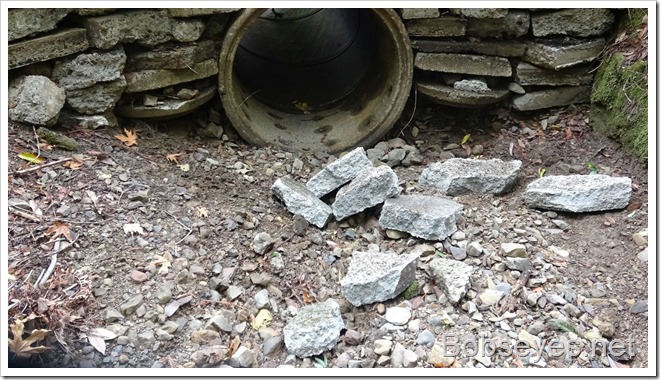 I got the blocks installed in short order and I think this should stop any more washing action when it rains hard. 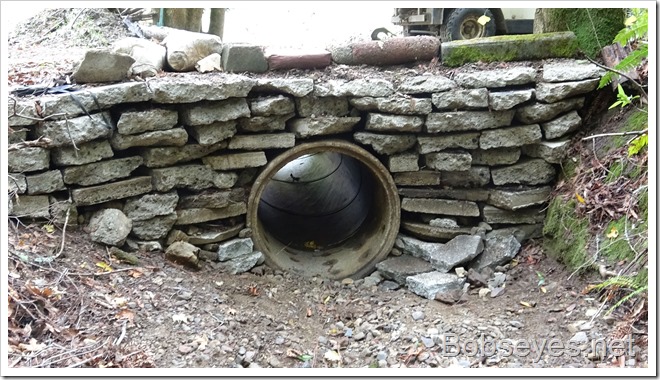 On the way back to my house I spotted this little box by the gate, my new video camera, a Sony FDRAX53/B 4K HD Video Recording Camcorder . 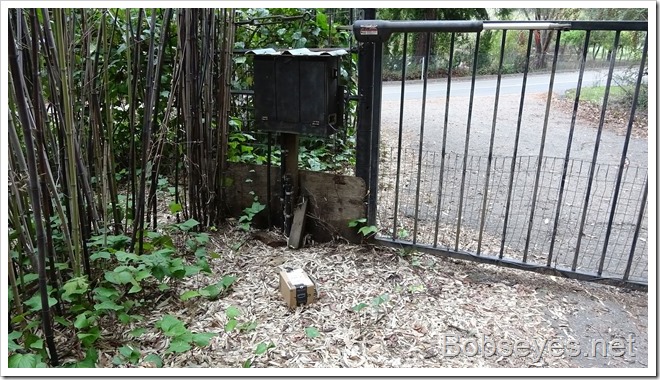 My old camera is getting old and has been dropped maybe one too many times as it’s been having a focus problem some times especially when I zoom in on stuff which makes me miss some good photos as critters don’t stay in the same spot too long. 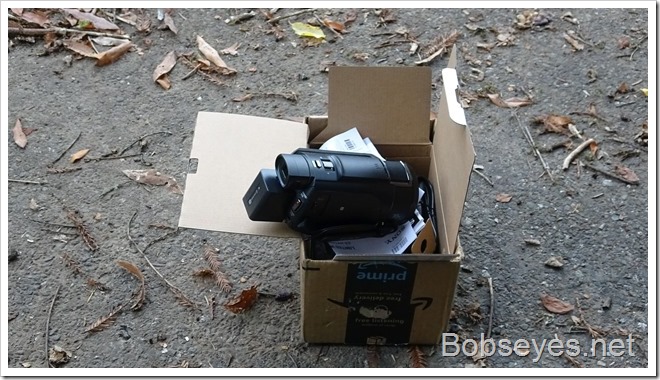 The battery needed to be charged up so I put it on the charger.

This is a very good Sony cam that is actually a video camera that I use to take photos. The camera gets abused a lot as it’s on the water in my kayak and everywhere else I go which are mostly very harsh environments for this kind of camera. Cameras don’t usually last me too long before they get dumped into the water when I overturn my kayak which has happened several times so far, but not lately.

While I was doing some chair hopping late in the day I heard a commotion and looked up to barely see this small bird hawk take some feathers out of a quail it attacked. The quail was lucky and only lost a few feathers but it was a very close call for it.

These are some of the quail that are stuck in my chicken pen as they got in to do some feeding on some chicken feed I put out and haven’t figured out how to get back out yet. At least the hawk can’t get them while they are in there.

The rains started just before  dark. I went out to close up the chickens for the night. They are all in their roost for the night. 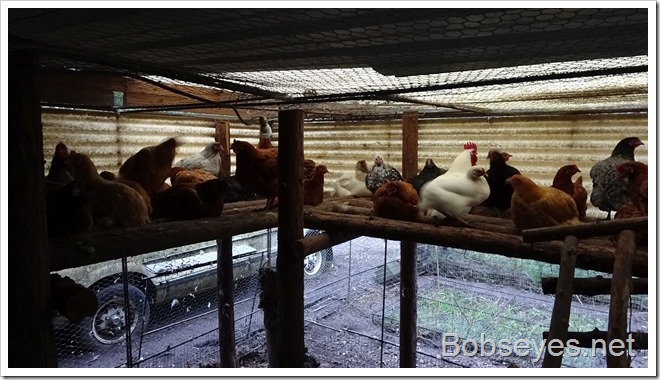