Bobcat and Working Around the Property

My game cam caught the bobcat headed home at day break this morning. The cam showed it hung around the neighborhood most of last night going in front of the cam several times during the night. There were a couple of foxes going by too during the night. 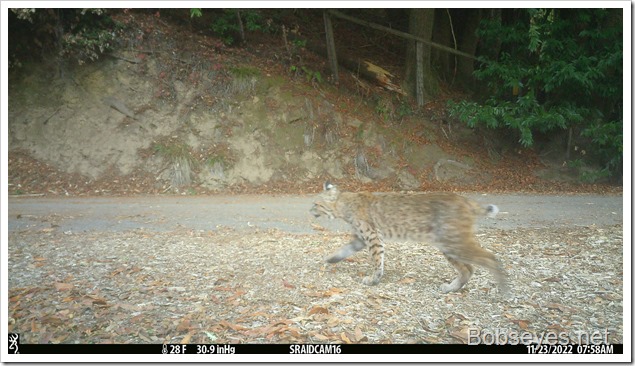 I needed a little metal box for something so I found the metal and most of the tools and got it cut out. But when I went to find the tool I use to make the bends in the metal, I couldn’t find it. I looked several times with no luck so I put that aside until I could figure out where that tool was. As it was, at the end of the day I figured maybe my brother had it. He did. We’d used it to do some metal bending when we worked on his metal rook about a year ago. 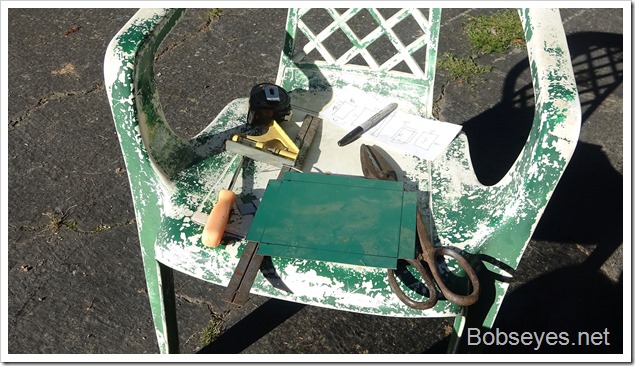 After that I hopped on the motor bike and rode over to our bulldozer to check the fluids as it needs to be used a bit soon. I need some transmission oil and it needs to be greased. 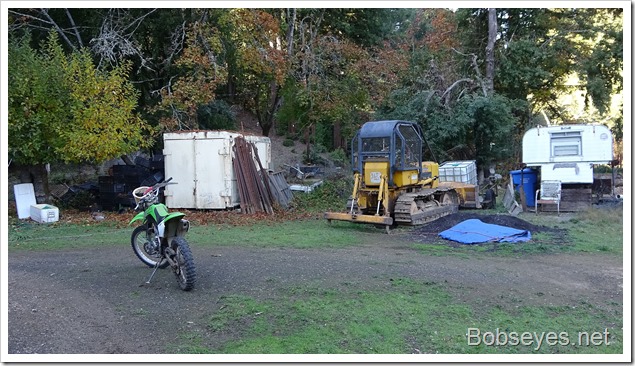 Since I was at my brother’s garden I thought an apple would be good for later so I checked on these apple trees for late apples. 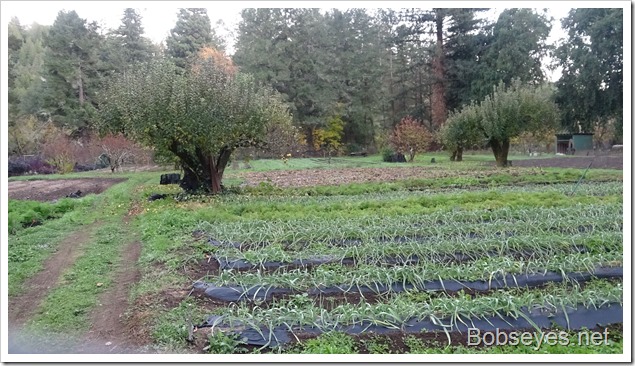 There’s still some apples on the trees and they are real good ones too. 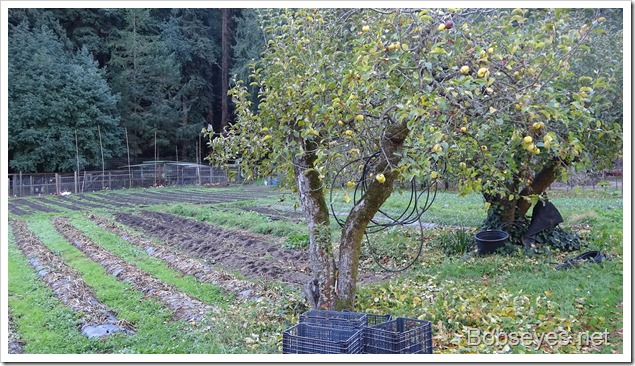 I picked a couple of them, one for now and one for later. 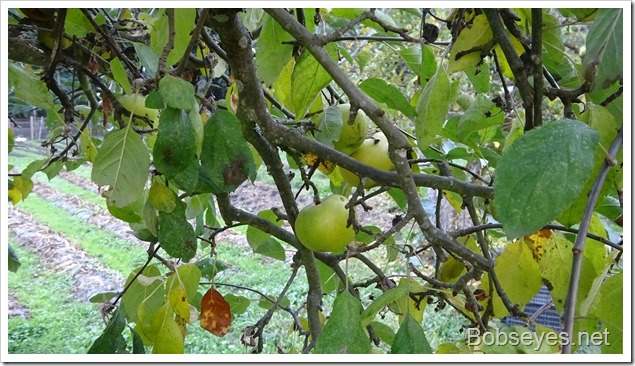 Then I rode on up to the pipeline that I’m working on burying and walked out this trail to do some work. 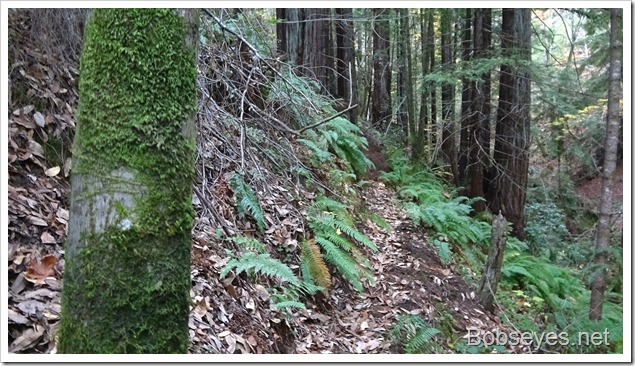 I’d brought a wood saw as I wanted to cut this little tree to help the water pipe go around the big tree. 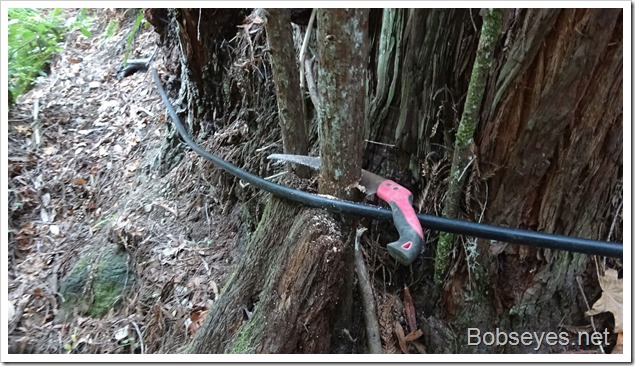 I had some more stuff to cut but decided to wait until I brought the chainsaw up as at least one of them was larger than that little saw could handle.

Then I worked on burying the water pipe around the redwood trees which took the rest of the day. 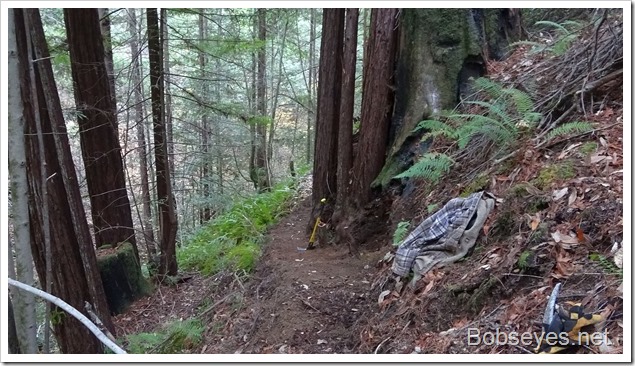 It was starting to get dark as I hopped on the dirt bike and started back down the hill, the long way, when I thought I saw a hawk fly through the trees just above me and it landed. 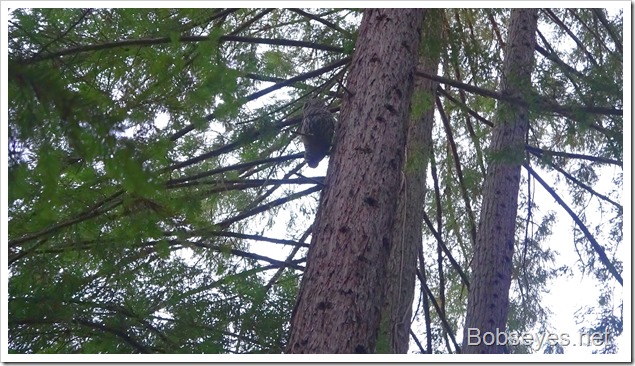 It was getting dark so the picture is dark. It turned out to be a big ol owl. 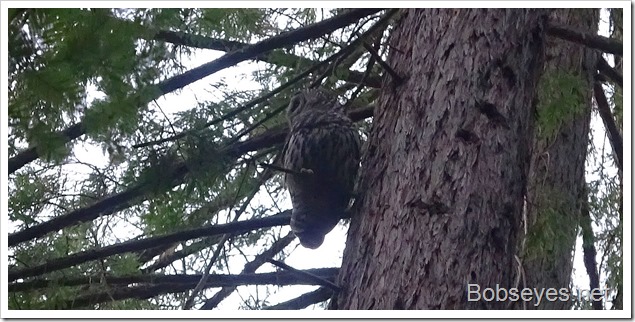 I headed for home down through this old apple orchard. 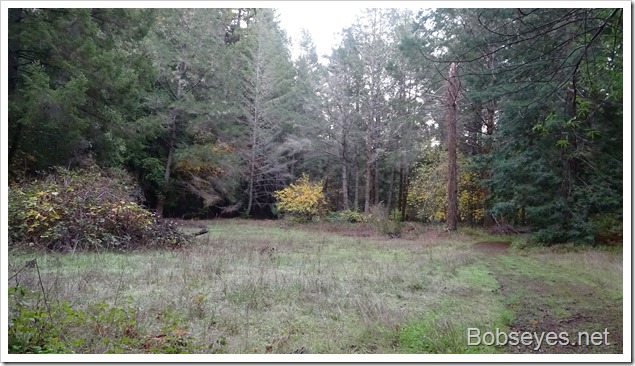 1 Response to Bobcat and Working Around the Property