As I got it going today and went out to tend the chickens I noticed the sky was real blue looking west. 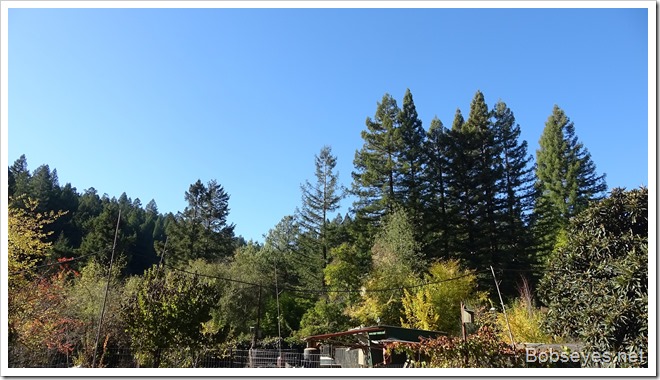 I took care of the chickens and let them out and headed for Jenner to kayak for a few hours.

John who lives down here was at the ramp and wanted to shoot the bull so I did for about an hour before putting in. 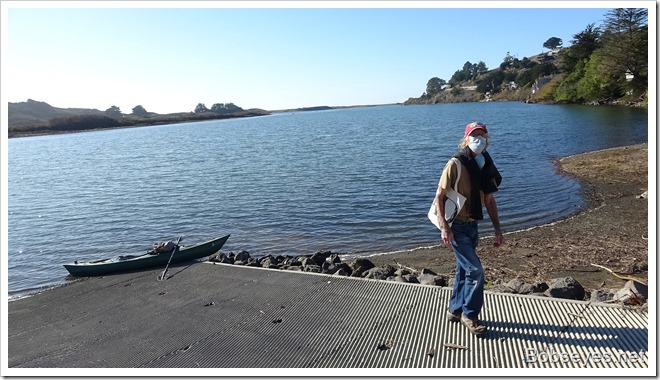 I was just about to put in and I said he’s looking pretty good health wise which set him off again as he has a lot of health problems he’s been dealing with. He’s a tough guy and amazes me he’s still around.

I finally just put my boat in the water and pushed off and paddled across the river to Penny Island and decided to go down by the river’s open mouth as I was curious if the harbor seals where coming back or not as there weren’t near as many birds here now.

This egret flew in and started hunting for little fish as I sat in this spot for a bit. 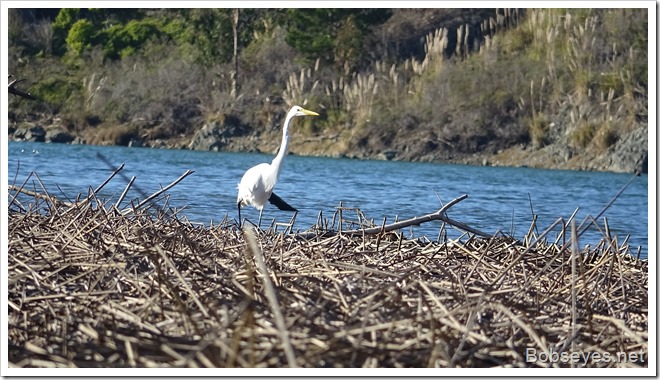 I paddled  on by the egret and noticed some turkey vultures eating something on the island. I couldn’t  make out what they were eating but I remembered there was a dead seal here last week so they were likely finishing it off. Yummy stuff, yuck.

Here’s one of the vultures checking me out. 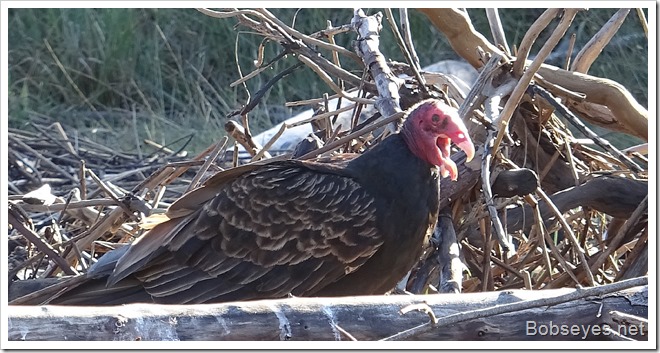 I paddled on down along the island’s edge and stopped in this spot near it’s lower end to have a look around and watch what’s going on. 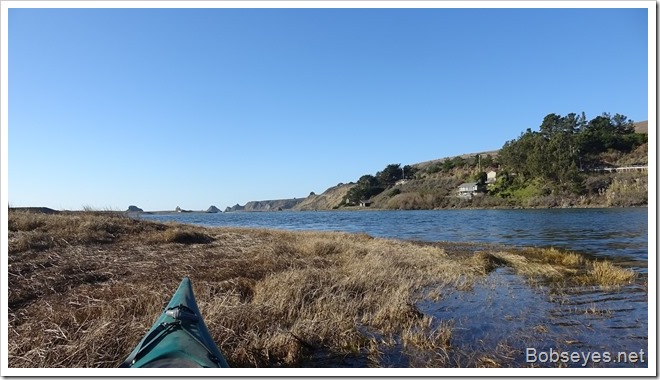 I could see down by the river’s open mouth. I could see some birds down that way, mostly gulls with only a few pelicans. I couldn’t see any seals from here but I was too far off to see them as they blend in with the sandy beach well from a distance. 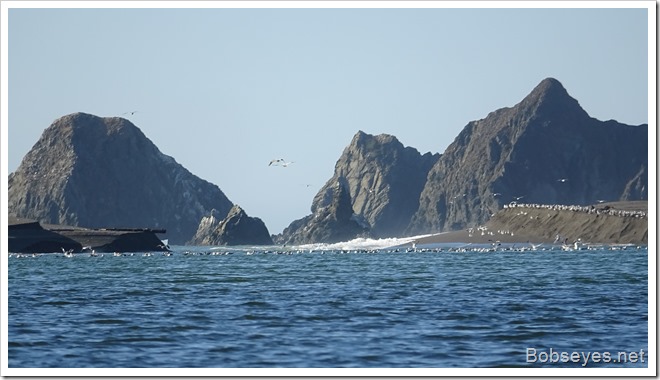 From there I paddled across the river to the open mouth into this spot and watched a bit. Not near as many birds in here today. 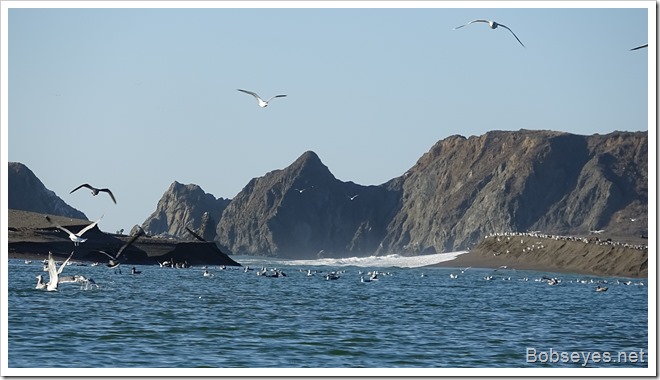 But there were some, looking out into the ocean as a wave breaks on the beach. 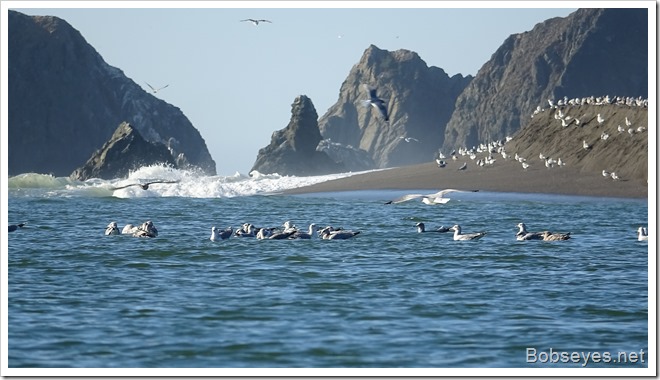 I did spot some brown pelicans and not very many. There were a few starting to fly in from eating out in the ocean but again not near as many as there was. So where are the harbor seals? 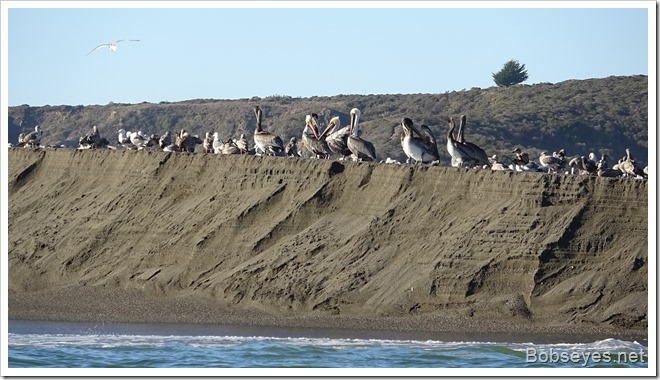 Just to the right of the birds I found the harbor seals. Only about 60 or so and not the over 200 that usually are here when there aren’t so many pelicans in the area. 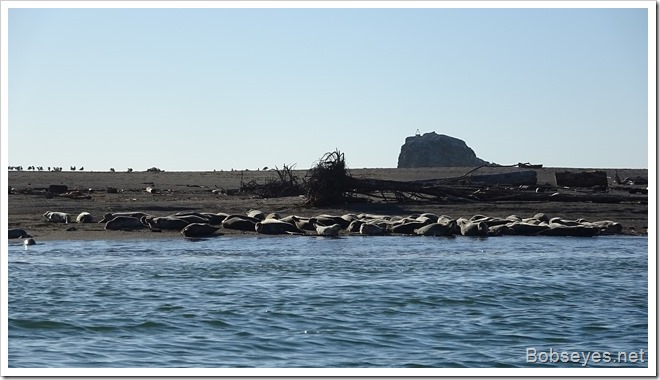 Better for the big fish

So it looks like indeed too many noisy pelicans displace the seals. So I’ll keep watching and see if the seal population returns in a short time or what. It’s better with less seals at the mouth for the big fish that are now coming in to spawn up the river with less seals eating them.

The sun was getting low in the shy. 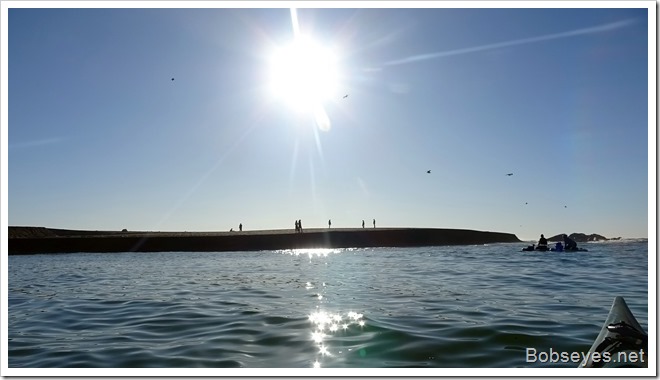 I hung around the mouth area for quite some time watching things and taking it easy before taking off back up the river. I had to paddle through those galls out there as they all landed in the water. 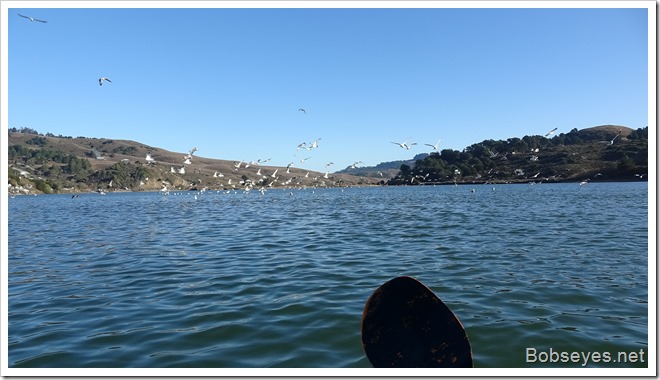 I paddled up the back channel of the island along here taking my time enjoying the day. 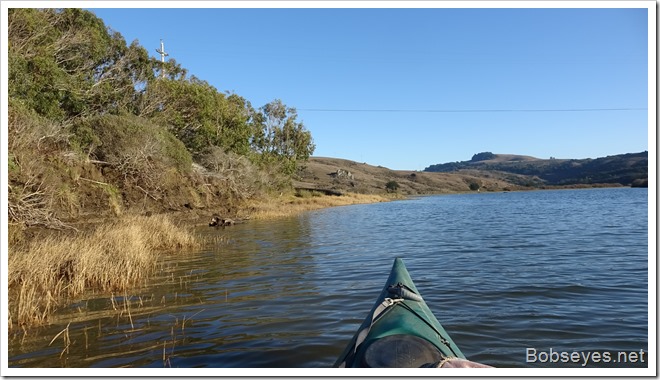 I made it to the top end of the island and pulled in behind this old redwood log and sat for about a half hour thinking should I paddle up river further or just sit here and look upriver. I sat and looked. I don’t really have to paddle anywhere down here because I’m already there. :O) 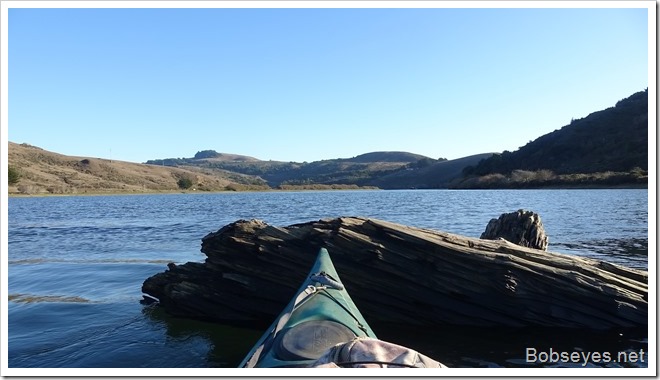 From there I continued on around the island completing the loop from where I started earlier and then crossed over the river to the boat ramp and loaded up and went on home.

My chickens were already in the roost when I got home so I closed them up and that was my day.