Blue Sky Too Nice to Work

When I went out this morning to care for the chickens I noticed the sky was real blue today. 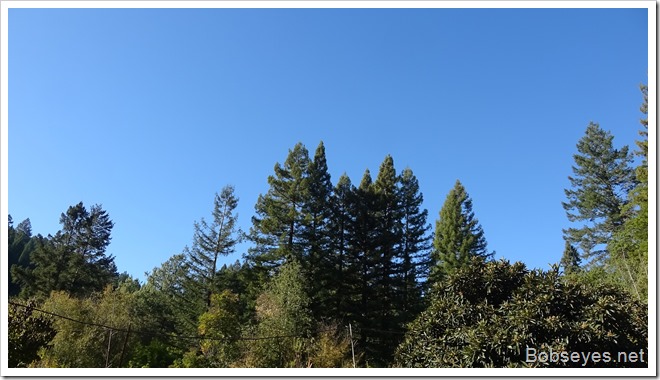 What to do today? I had lots of things I could do but they were all work so I thought I should do something different, like play today but I wasn’t sure what to do.

I went back in the  house and got something to eat.

When I came back out around noon my brother Barry was there with his dirt bike. Perfect.

I got the dirt bike out and joined him. 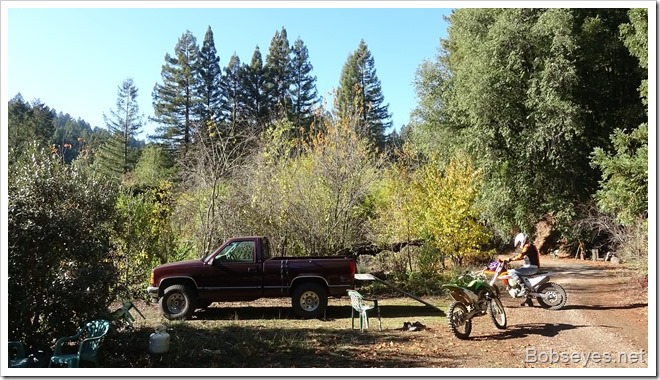 We crossed over the highway and went through a gate and up this road headed for the hilly country. 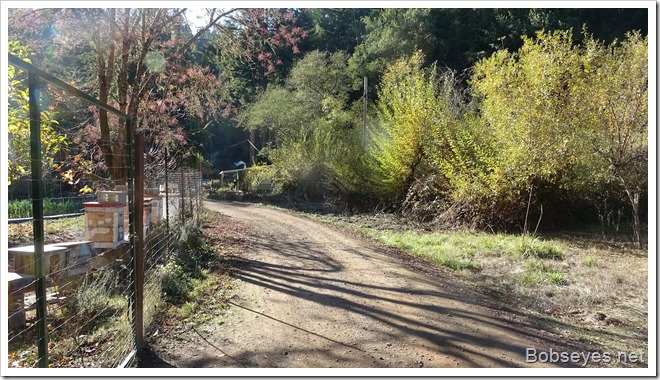 Any wild mushrooms out yet

It’s the start of wild mushroom season so we checked some areas out to see if they’d started to come up yet. We rode up to this spot where there was a gate across the road so we stopped and got off the bikes to look around for mushroom in the fresh forest fire burn area. 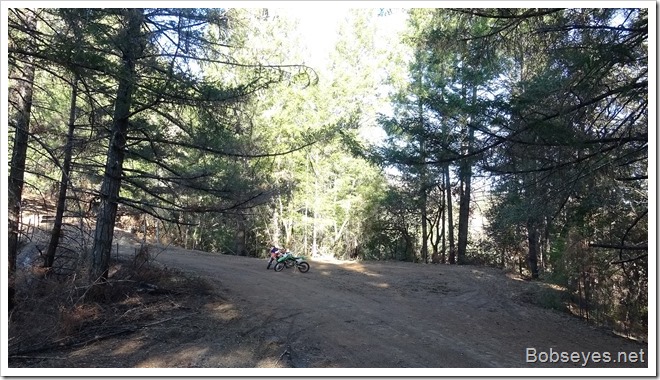 Dirt bike ride is on

it appeared to be too early for mushrooms but while we were looking we heard a dirt bike pull up and come through the locked gate. It turned out to be our neighbor Rob. 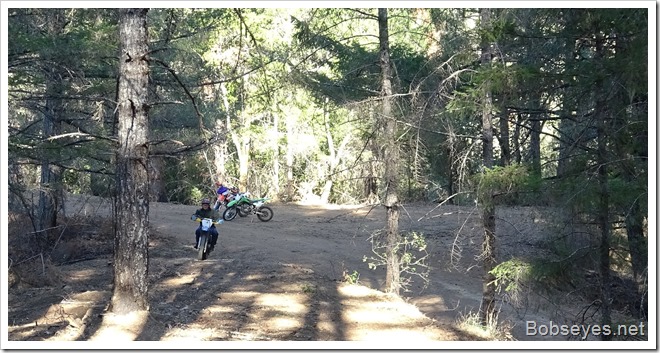 He was out for a dirt bike ride and was headed for another neighbor’s place, Jim’s. So we joined him and headed for Jim’s place. On the way he and Barry headed for a fire break so I said I’d meet them at Jim’s and we split and I headed to Jim’s place and I got there first.

Shortly they came riding up the road to Jim’s place. 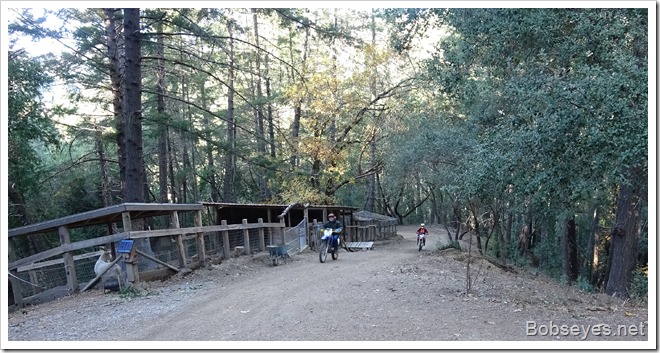 No one was home at Jim’s place so we made some plans to ride to some other neighbors further out through the forest. 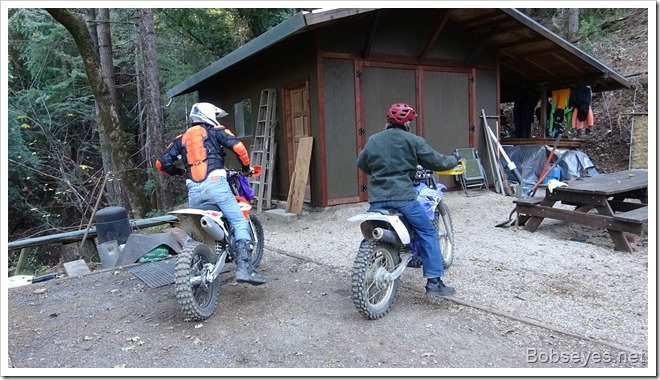 But as we were leaving Rob comes over and starts checking out my bike’s front tire and says it’s flat. I check it and it’s pretty low on air all right.I said I’d see them later as I needed to go home and get some air in the tire. Rob says Jim should have an air pump so we looked in his shop for an air compressor and sure enough he had one. 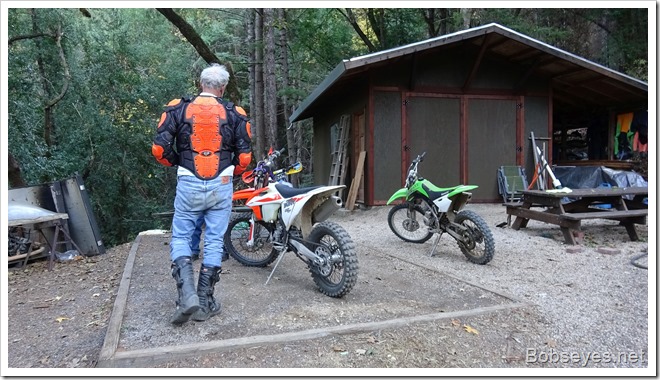 We aired the tire which seemed to hold air and took off headed for some other neighbors going out this road. 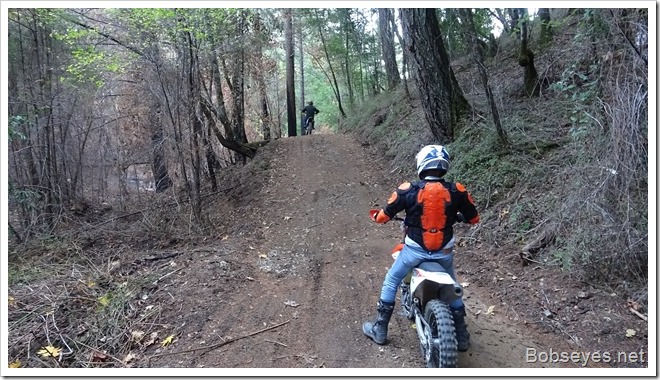 And down this road just entering another neighbors place who lives up on the ridge tops. 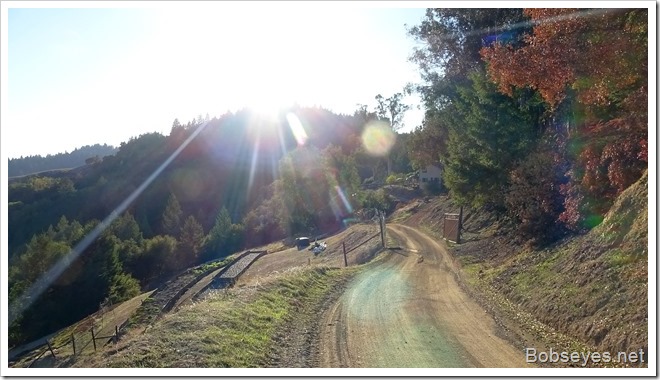 We pulled into the neighbor’s. We’d met these folks during the recent forest fire so we had a good visit.

More than one Top of the World 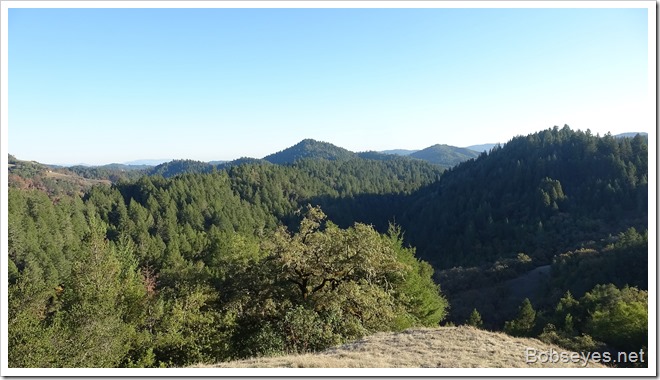 We were visiting away and it was going to get dark soon so finally we forced ourselves on the bikes and on the way home going lickity split all the way saying good bye to Rob on the way.

Barry lost me somewhere on the way but I caught up to him just before getting back to  my place.

Barry got his bike loaded and headed on home and I went in the house for a nap.

At dark I went out and closed up the chickens and that was my day.

2 Responses to Blue Sky Too Nice to Work