A nice blue sky today but it was a bit on the cool side for me, probably around 60 degrees F.

Looking over the top of my chicken pens. 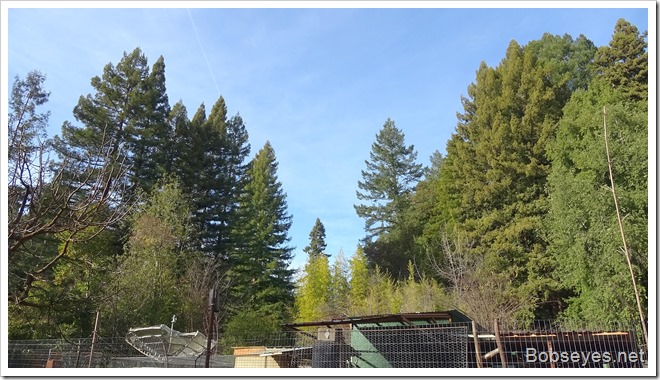 I wasn’t in the mood to do much of anything but I thought a little fruit tree pruning I might be able to handle.

So I looked at a couple apple trees here and thought, no these guys can wait until next year, or maybe later this year. 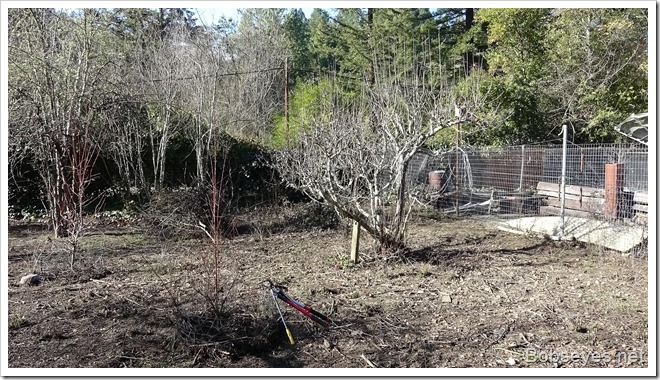 But one of the apple trees had a lot of suckers growing  out the bottom of it along with a bunch of poison oak. For some reason the chickens avoid the poison oak, they don’t eat it so maybe they catch it. 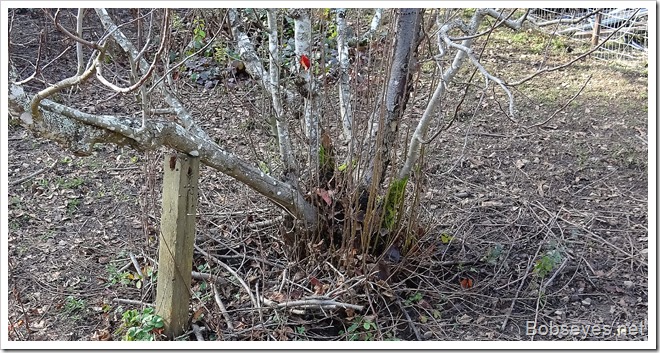 I cut all the suckers and poison oak down on that one apple tree. 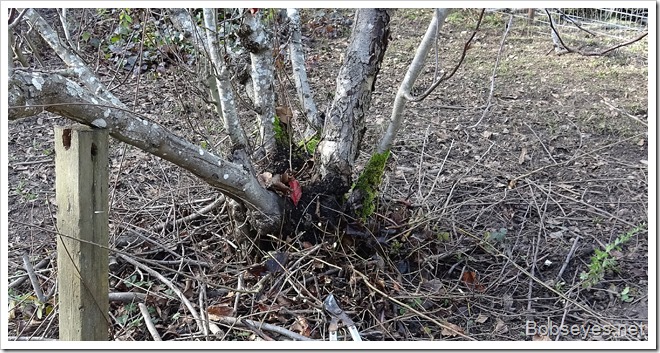 Next I thought I might work on this fruiting mulberry tree. I wasn’t sure just exactly how to prune this tree as it’s a berry tree, so I took my time and slowly worked away on it. 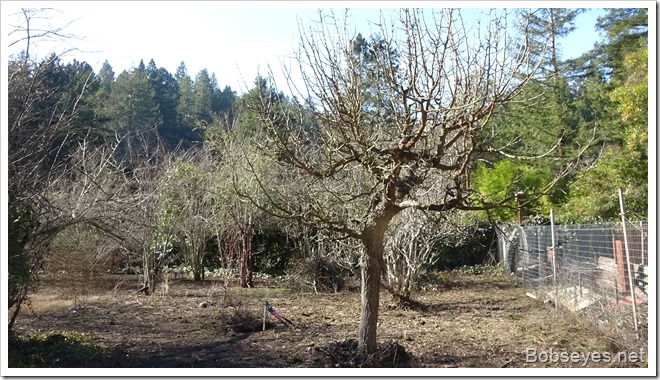 I needed a ladder so I got that out and climbed up in the tree. 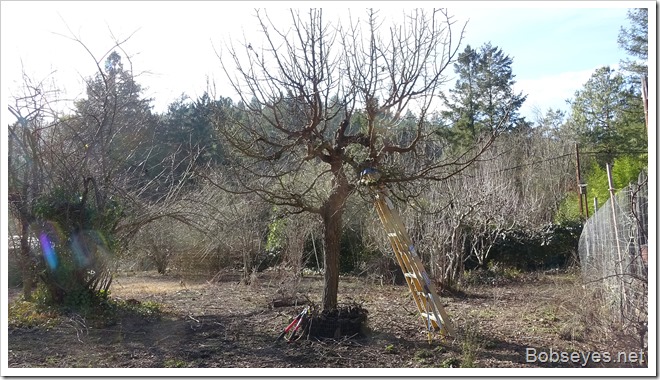 After a bit it was break time so I sat in the chair here and studied the tree before continuing on with it. 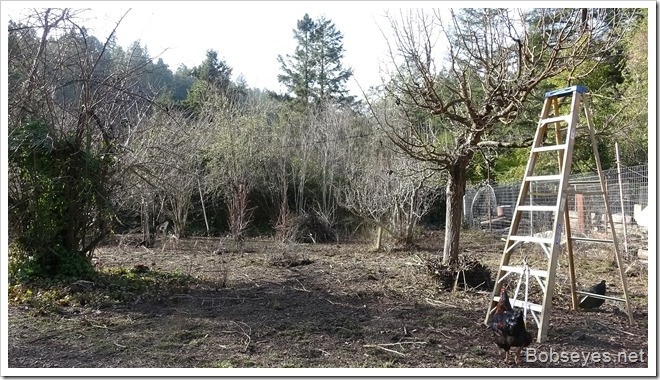 I went over to the chicken pens and checked on the chickens laying eggs there. Egg production is picking up. 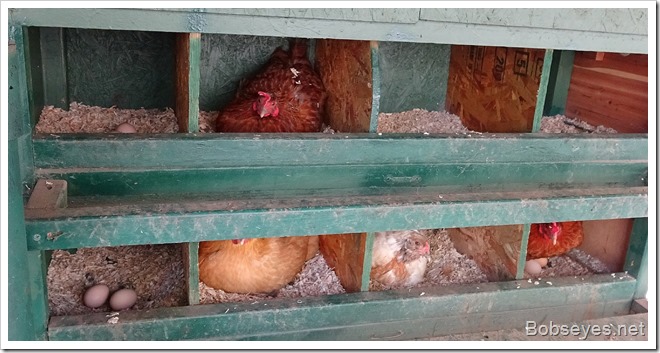 Then I let the other chickens into the raspberry patch to graze. 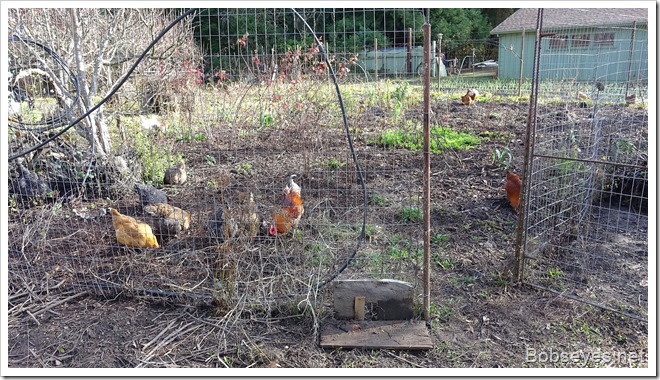 There’s a lot of woodchip mulch in this area so they really like to scratch around in it. 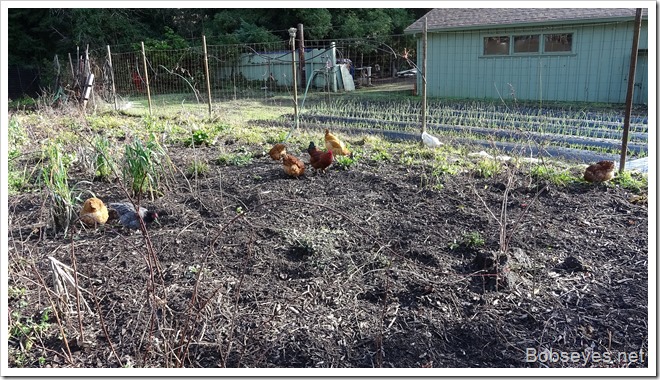 I got back to pruning the mulberry tree and finished it up. Mostly I thinned the branches out a bit. 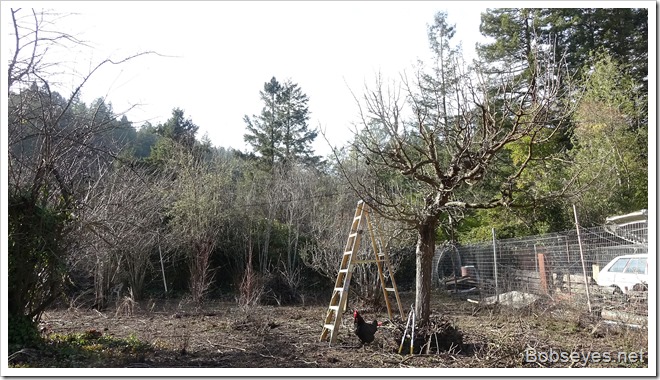 After all that work I went in for a nap as there was only a little time left in the day. That mulberry tree took a lot longer to prune than I thought it would.

I shut the chickens in at dark and that was my day.

Nice day getting some stuff done.