It sure was a blue sky day and the temperature was nice too, just a heavy shirt did the job. When I went outside I sat down here and enjoyed the day for a bit before turning the chickens loose. 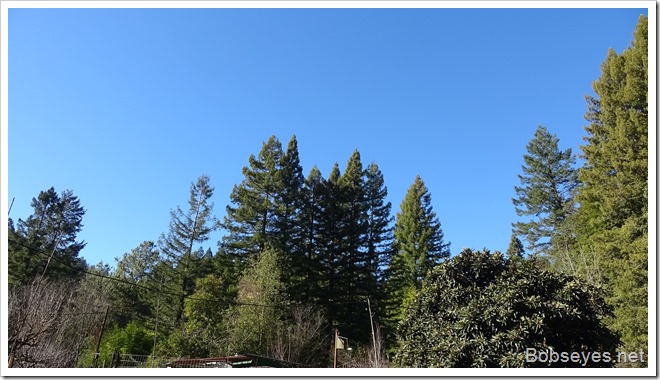 After turning the chickens out to graze I loaded the fertilizer injector and put it on this sprinkler over one of my garden pens. 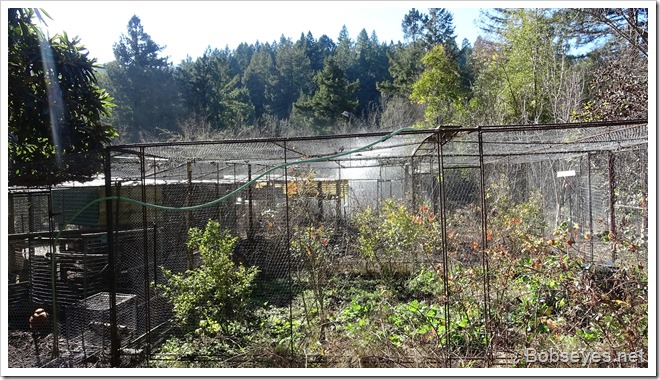 I then sat down here to get ready to load that wheelbarrow with woodchips. 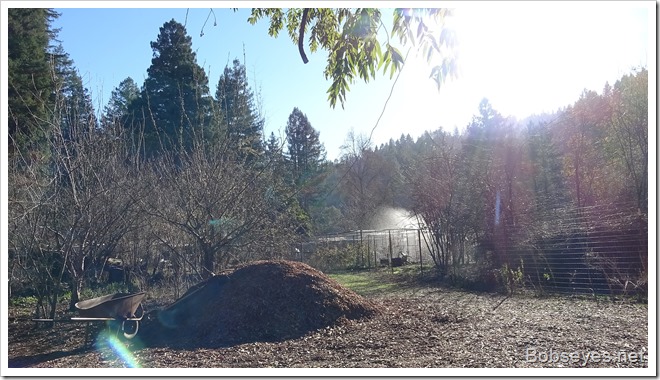 Which I did and now to wheel it across the yard to the raspberry patch. 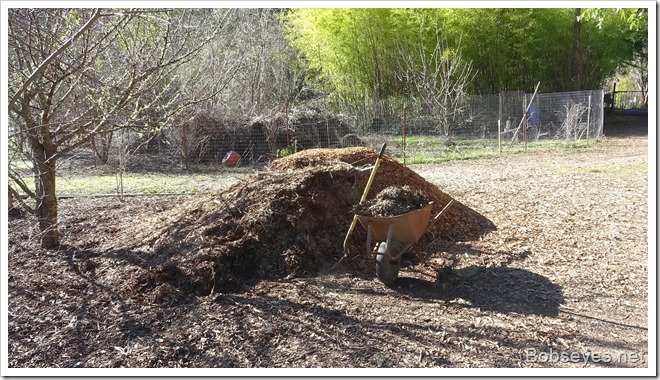 I dumped it in the raspberry patch and let the chickens spread it out for me. They did a good job of it. 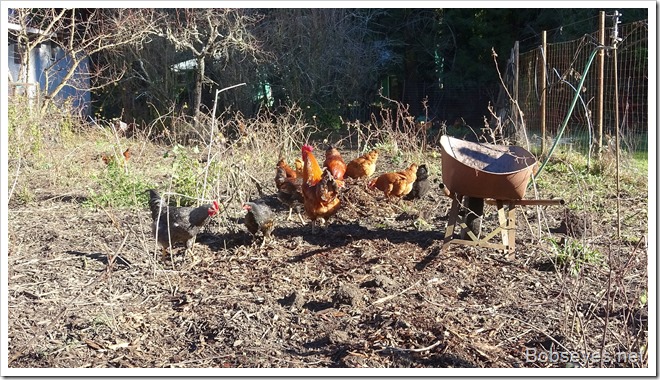 I hauled a few more loads of woodchips throughout the day taking my time at it.

As I went by this area I looked over to this spot that wasn’t going to get any woodchips but sure could use some. I vowed to get two loads to it just because and it would be better than none. 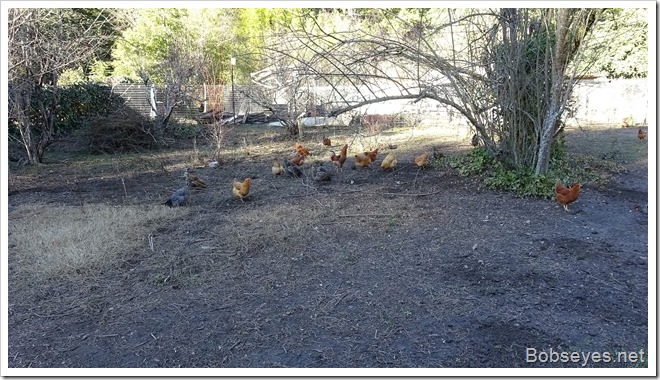 There’s a lot of leaves that fall from the forest trees along my driveway that are a good source of mulch so I got a few loads of that I also took to the raspberry patch. 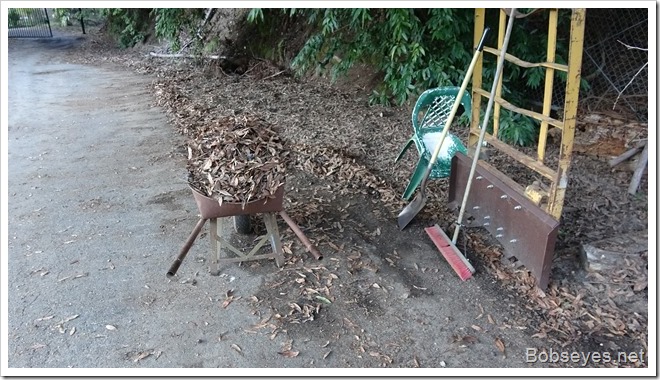 I don’t mind the leaves along the drive as I leave in a forest. I only pick them up as they make good mulch.

The chickens especially liked the leaves and made short work of them. 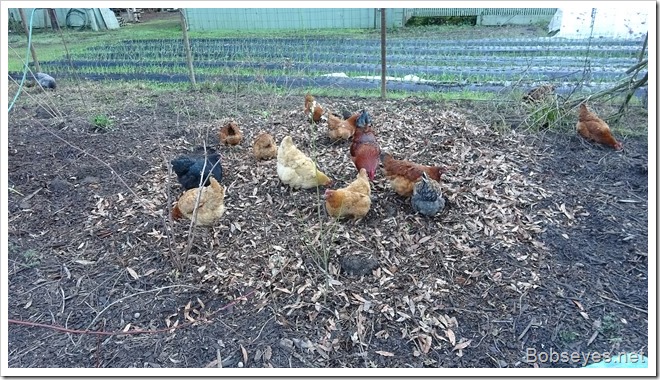 I put the wheelbarrow here for tomorrow and sat down and enjoyed the day some. 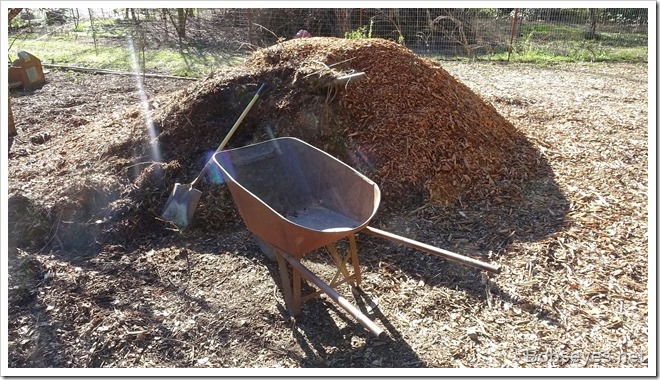 And eventually took a load over to that spot I said would get only two loads and dumped it. Two little piles but one load so it will get one more. There’s a small apricot tree there that should benefit. 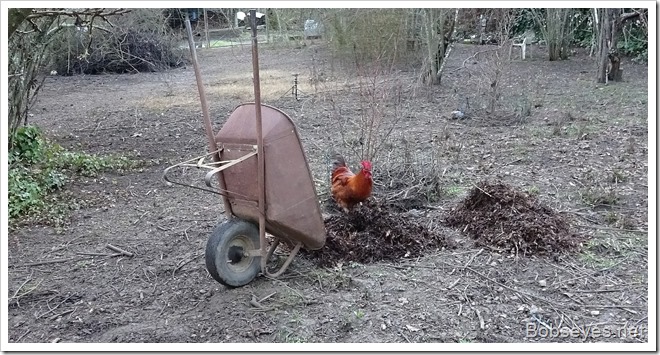 There wasn’t much day left as I sat down here again. 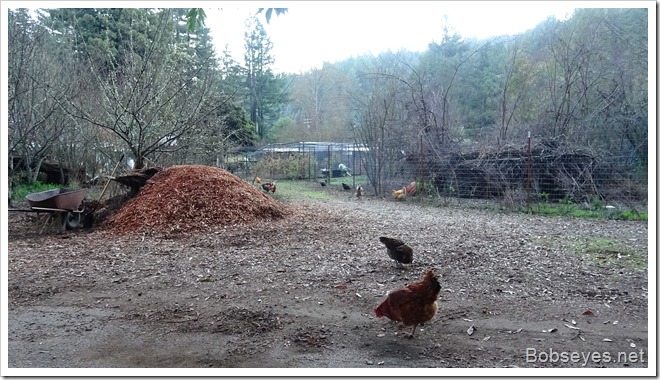 I was looking at this cherry tree that also wasn’t going to get any mulch so loaded the wheelbarrow one more time and dumped a load there. 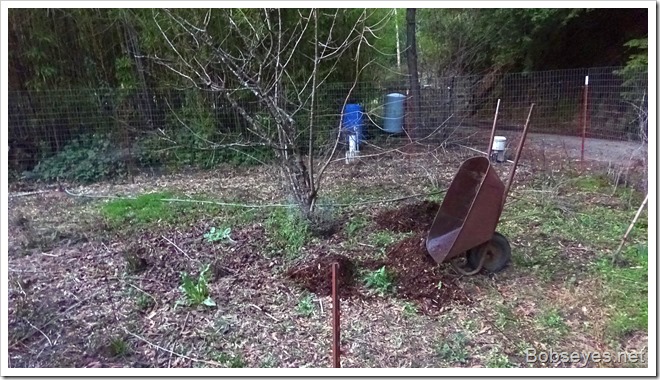 That was it for me and the chickens. I shut them in and headed for the house.

(Visited 142 times, 1 visits today)
This entry was posted in Uncategorized and tagged chickens, mulching the raspberry plants. Bookmark the permalink.