I got my pruners out and started on these little ones under the mulberry tree. 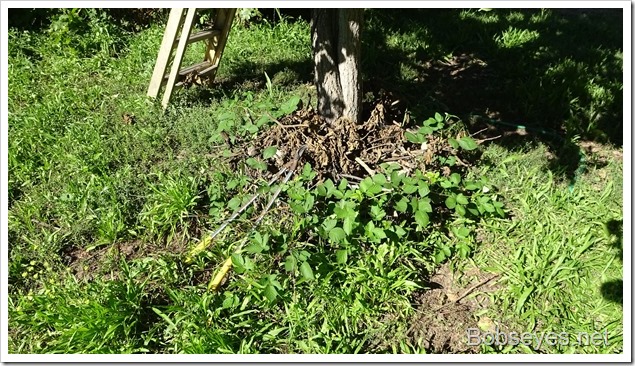 There’s plenty of them growing around the yard. I worked on them on and off resting my back as that doesn’t seem to like doing this too well. 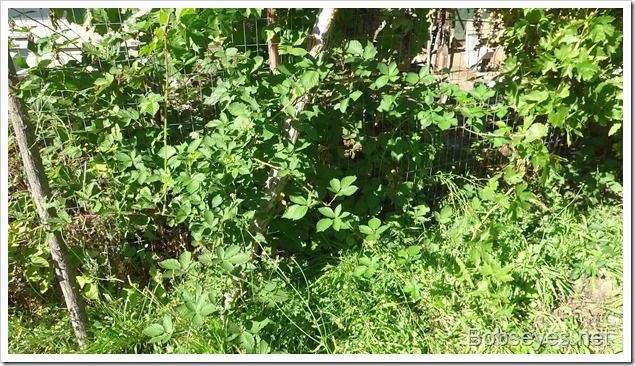 Eventually I gave in for now for my back and did some chair hopping for a bit.

Once my back was rested up I set up the chicken coop half door. I use this when I want to let the big ones out with my automatic door and not let the little peeps out as it’s too dangerous out there for them until they get bigger. Hawks and snakes and whatever can get them do, so I’ve learned to keep them penned up.

The full larger door is in the back of this half door and opens about 7 in the morning so the big guys can get out to graze around the yard and not the little ones. I also have opened up the pen door that the little guys are in so their momma’s can go out with the other big ones and the little peeps then get the run of the whole chicken coop.

I put something for them to jump on to help get over the half door, but they don’t need it. 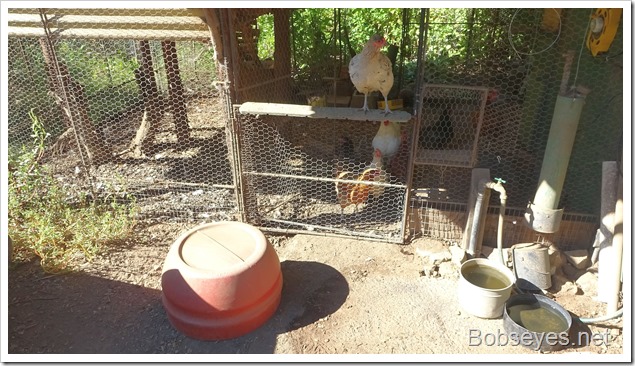 After that I did a nap and some chair hopping enjoying the yard.

Off for a ride in the forest

And later in the day I rode the dirt bike up into the hills for a ride and had to stop and turn around at this big tree that fell down. It was rotten. 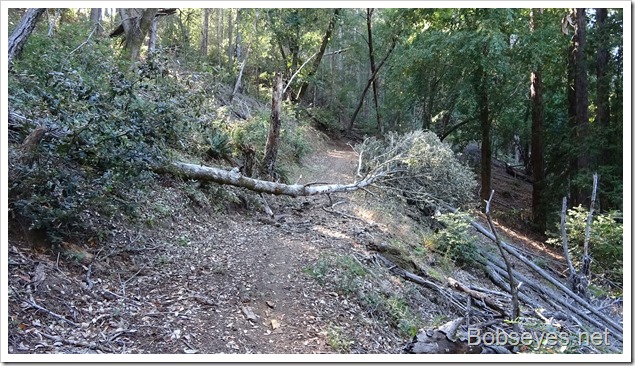 I rode around the place for a couple hours or so, stopping in places to throw brush and rocks off the road and got some good exercise.

Working on the rodents

Back home and just before dark, I mixed up some more bait for the rodents.

I suspect the inferred lights on the cam I have in the chicken coop bothers the rats and mice and makes them real cagy while in front of it as they can see these six red spots starring down on them, so I mixed up this plate of the stuff and stuffed it into the chicken pen’s ceiling where there are no lights to bother them. They run around on the chicken wire on the ceiling a lot so it’s in a good spot.

I’ll be able to see if they get into this one. 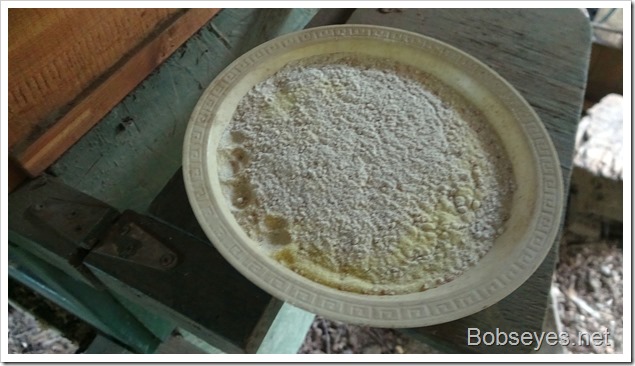 The other one in the pen is in that can and I can tell they know something is in there but they’ll take some time to get used to the can before they try it. At least that’s about the way I’ve seen things work with the cam on. 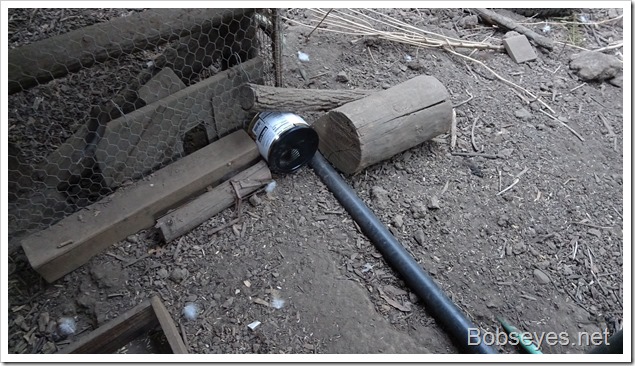 This guy says it works

This is the guy that used the baking soda and he says it works well.

And reading what a lot of his commenters have to say, it sounds like it works well.