Blackberry Vine Removal and Dirt For the Old Bridge

It rained most of the night which was a good thing as we need the rain.

But this morning there were only a few clouds in the sky and the sun was  mostly out.

Blackberry vines in the yard

One thing rain does is make the blackberry vines grow in the yard so today I spent a good deal of time cutting them back starting with this mulberry tree. 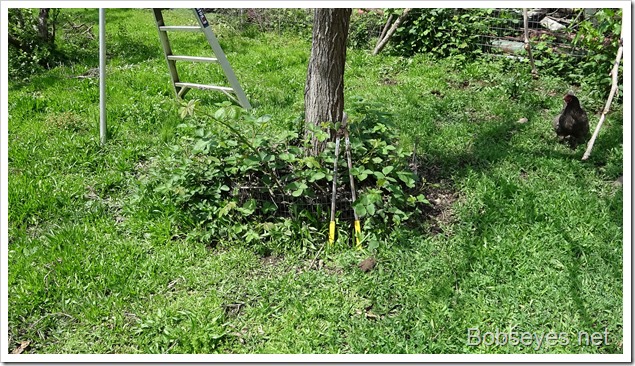 Lots of little new blackberry shoots were coming up all over the yard so I used a shovel to dig them up. 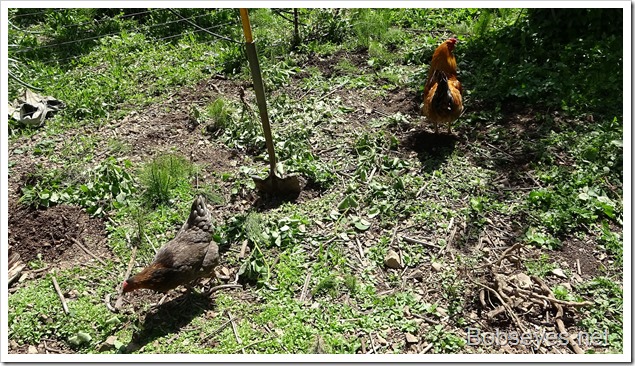 I worked on that on and off all day doing some resting chair hopping between bouts of work.

Another thing I wanted to do was remove some of the dirt here as I need to get my weed eater machine through here soon and it was too narrow to get through the spot with the machine right now. 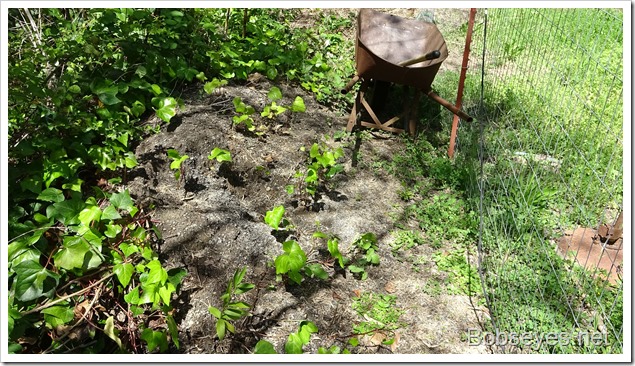 That’s better now what to do with the dirt. 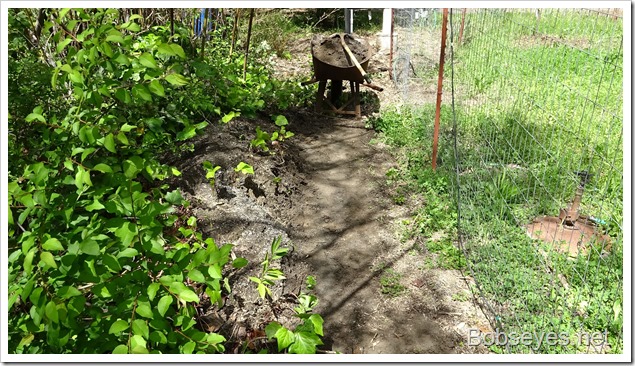 This old bridge could use some dirt to fill in this low spot that has been sinking over the years so I filled it up and smoothed out the dirt. 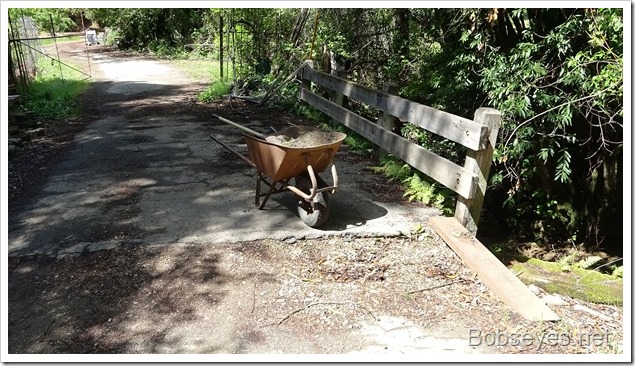 That took care of the extra dirt and looks good now. 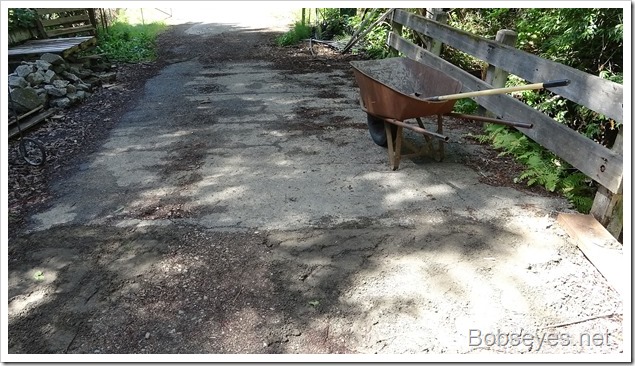 Most of the day was digging out blackberry vines but I still have a lot more to get out before they get too big and are much harder to remove.

Nice day working in the yard.