Birds, Seals, Otters Padding Jenner and I Unplug the Culvert in the Creek

It was foggy and damp at my house this morning as I left for Jenner. The sun was out and the wind was down at Jenner as I drove into the parking lot and headed for the boat ramp. It’s hard to beat the weather at Jenner. It’s mostly nice all year long.

This grebe was fishing just in front of the boat ramp. 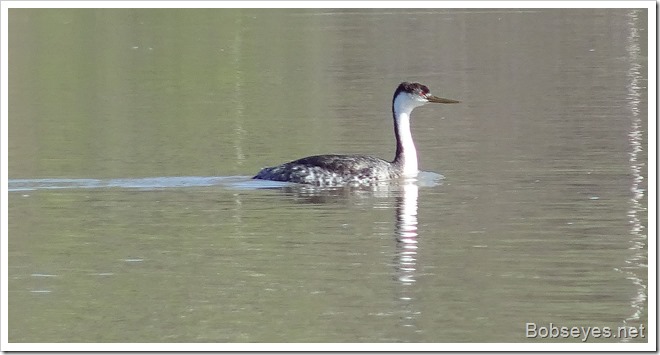 We had a powwow and decided to head down to the river’s mouth area to check things out since we hadn’t been down that way in a few days or so. Just up ahead by that big tree on the right we saw some movement. 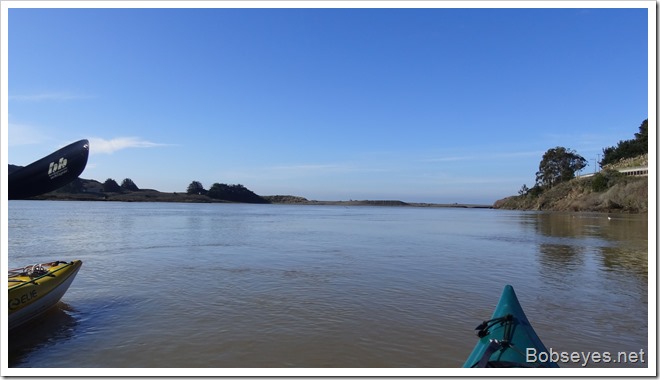 The movement turned out to be some river otters headed up the river at a fairly fast pace like they were going somewhere. 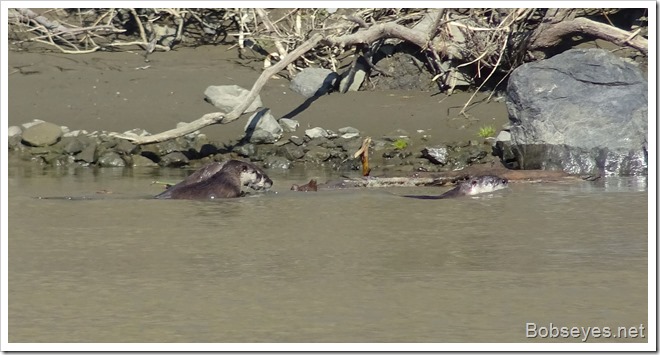 We continued on down towards the river’s mouth area.

We could see the ocean was on the rough side and there were lot so birds down there too, mostly seagulls. That’s the open mouth on the right. 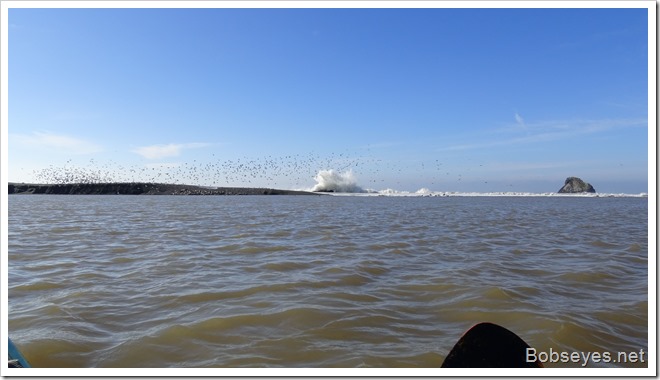 Birds and seals on the left side of the open mouth. 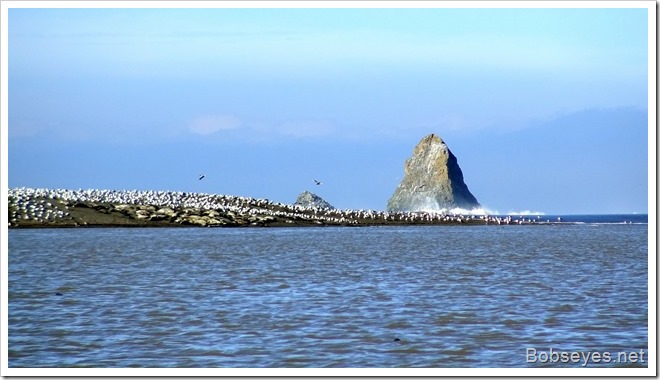 We got a bit closer to the seals and birds resting on the sand. Waves from the ocean are breaking over the sand from the backside. 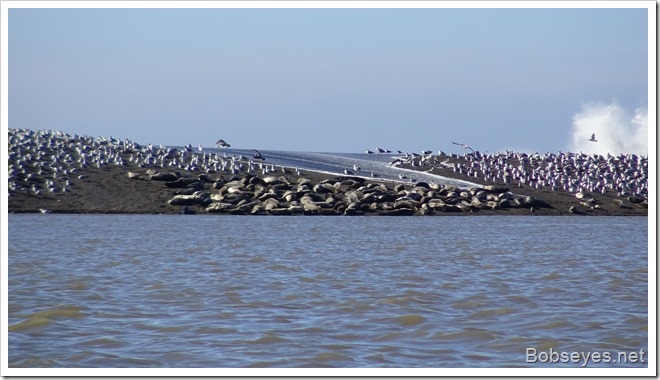 We hung around for a bit, then headed back up the river going by a couple ravens looking for stuff to eat on the shore. Here’s one of the ravens. 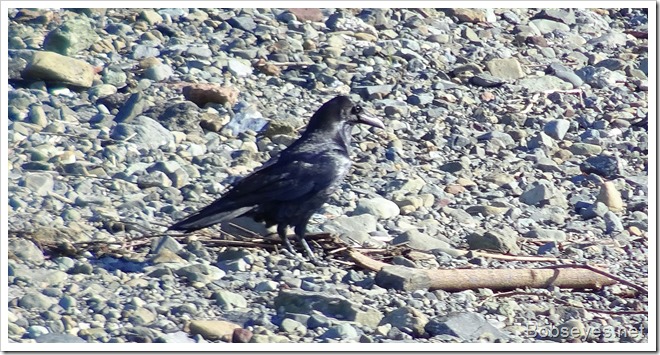 When we arrived at the bottom end of the island, we decided to paddle up the back channel that looked like this. As you can see the wind was down. There was a little current but not too much and it was easy paddling on up the river. The high tide helps reduce the current and it was now high tide. 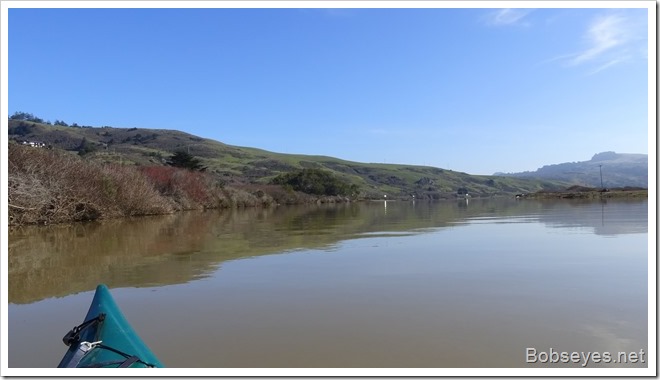 We pulled into the little channel on the upper end of Penny Island. There was a bunch of wood debrie blocking the channel, so we got out and removed a couple pieces hoping the water will take out the rest when it comes up again.

Here’s Ray working on removing some sticks that were blocking the channel. 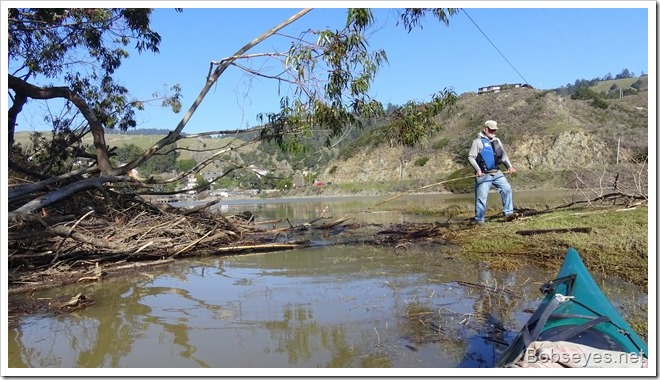 We improved it, but it needs more work so we went back out the way we came in and started up the river again on it’s south shoreline.

The logs the seals like to use up at Seal Haven are under water so those seals come down this way when that happens and use the logs at the top end of Penny Island. There’s about a half dozen seals that I call river seals as they don’t seem to mix with the main bunch down by the mouth much and I think these are the seals that work the fish up the river.

Anyway, here’s Pops resting on one of the submerged logs above Penny Island. We paddled on by him and continued up the river. 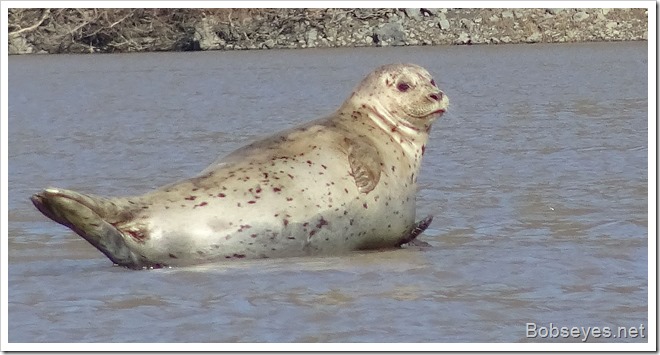 We continued on along here. 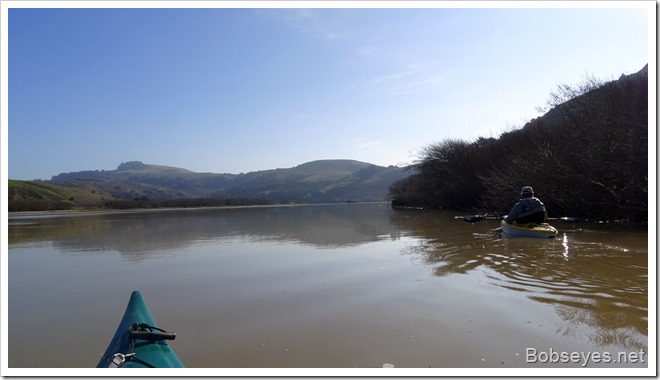 We were sitting in our boats at the old redwood tree graveyard when this big hawk flew over our heads and circled a couple times. 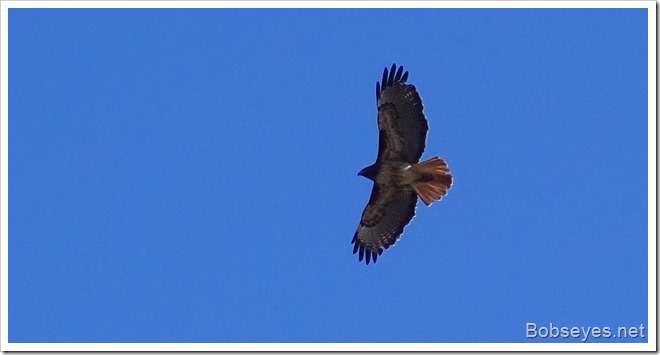 The second bunch of otters

As we were sitting there enjoying the nice day Ray says, more otters.

Sure enough a group of them, at least six worked their way around us and headed on up the river, so we followed them. 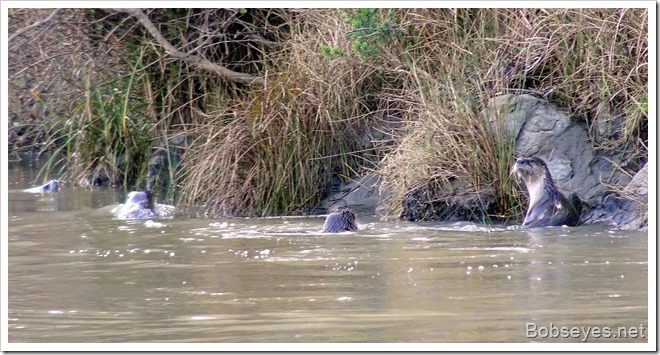 They were eating things along the shoreline as we followed them a ways. 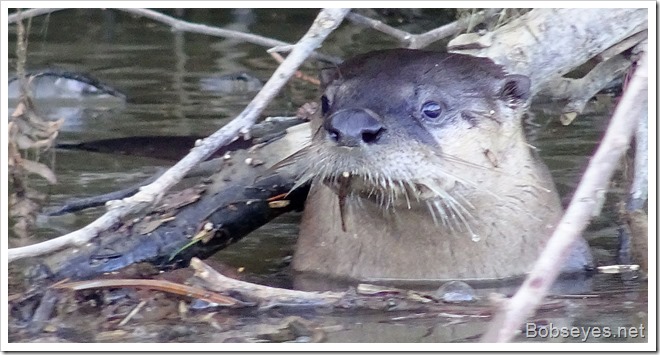 Drifting back to Jenner

The otters got into some trees so we left them and continued up to the muskrat area and sat for a good spell, then padded into the river’s current and started a drift on back to the boat ramp at Jenner.

We went by these golden eye ducks on the way. 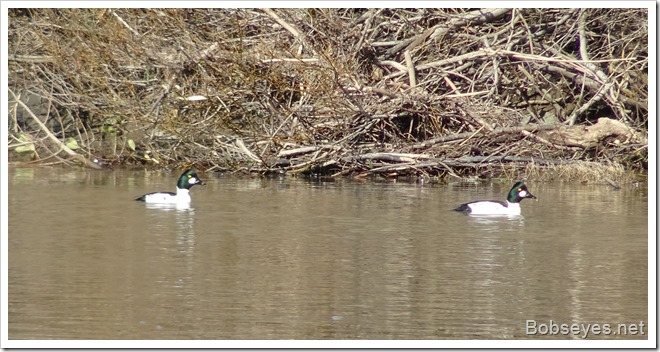 We hit the boat ramp, tied our boats down and drove on home for the day.

We have another windy rain storm coming in so I thought I better go up and unplug the culvert where I lost my shovel a week or so ago. I knew there would be some big sticks blocking the front of the culvert and there were, so I removed them. The water was low enough for me to get down and get them out by hand now. I looked for my shovel that had going through the culvert when it was really flowing and found it  just below the crossing, but.

The shovel was point down and half buried in the grave and in water so I wasn’t able to retrieve it yet. I might have to wait until that creek dries up to dig it out.

1 Response to Birds, Seals, Otters Padding Jenner and I Unplug the Culvert in the Creek