Big waves at the ocean

With the weather guys saying the wind would be down at Jenner today, I headed on down to the river to kayak.

There was a flat bottomed boat with duck decoys pulled up on the boat ramp. It had some water in it from the recent rains. It looked like it floated down the river and someone found it and pulled it up on the boat ramp to keep it from going into the ocean.

I put my boat in the water and paddled across the river to Penny Island looking like this. 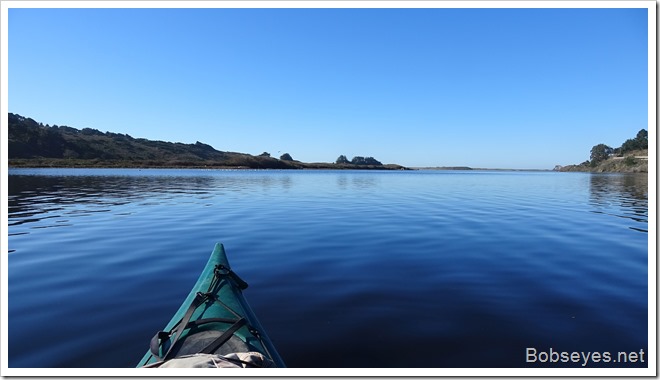 The river was nice and calm but I could see and hear the ocean’s waves roaring and pounding on the shoreline as the waves came in down by the mouth.

I paddled down along Penny island taking my time looking down to the ocean. 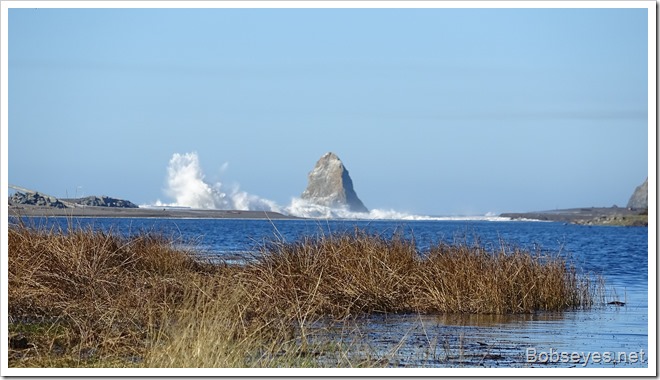 Yes there were plenty of big waves breaking out there today as seen from Penny Island. 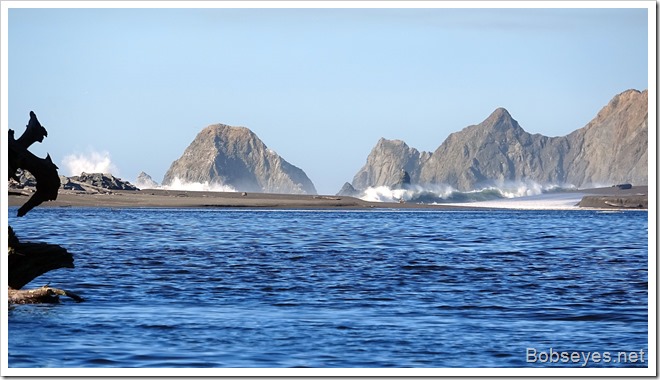 There were quite a lot of seagulls in the area too. This is what happens when they jump into the air for some reason. 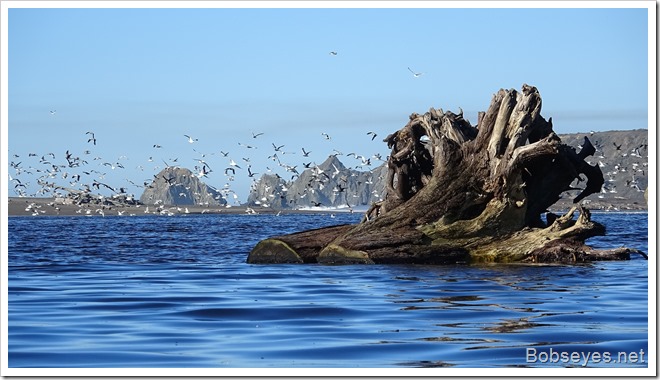 End of the island

I pulled into this spot on the bottom end of the island and watched for a bit, just enjoying the day. 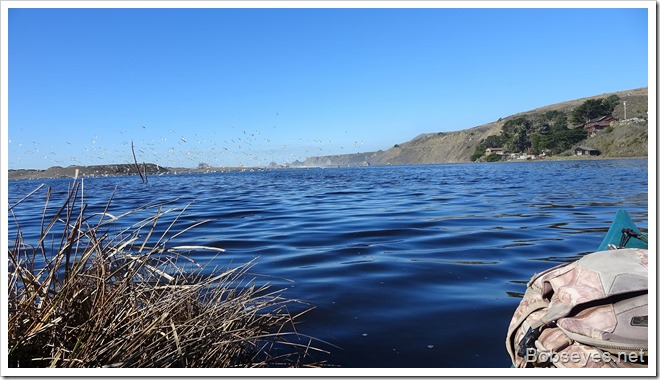 After watching the waves for a bit I paddled on down to have a closer look. Lots of foam was coming in off the ocean from the big waves and ocean water was breaking over the sandy beach quite often as I watched. 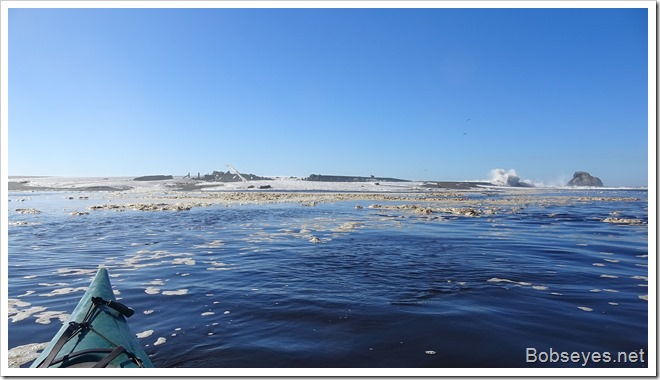 Lots of water coming over the sand 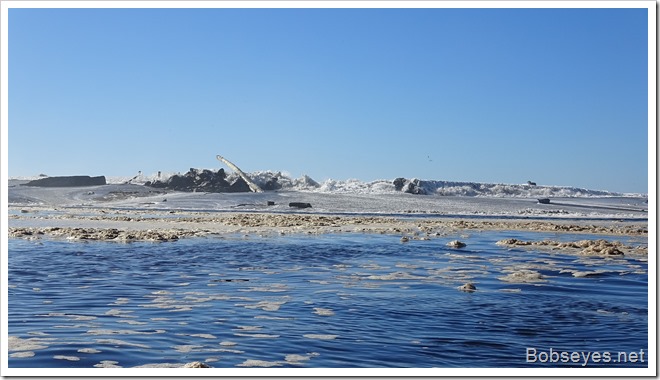 There were some harbor seals resting on the beach. 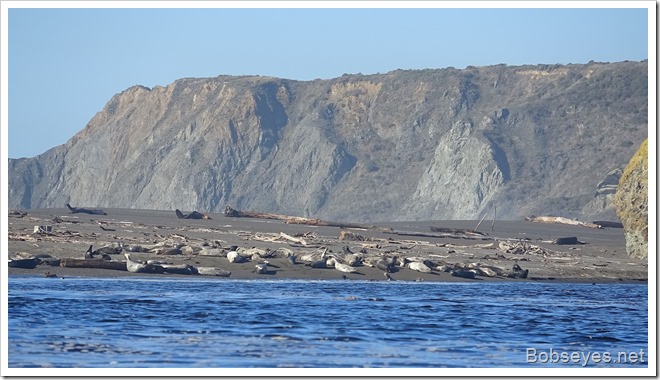 Here’s the two eagles that were sitting on that log. 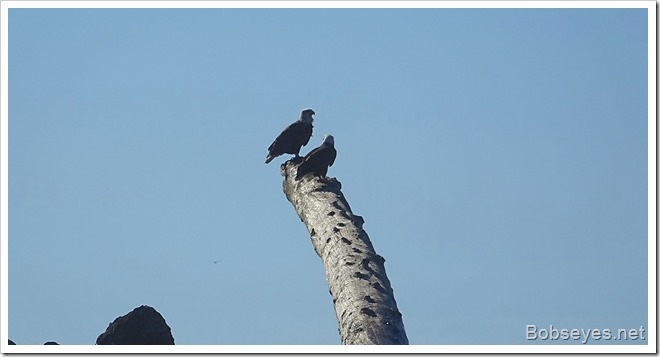 I paddled over to the mouth area and sat in my boat and watched the big waves crashing in. 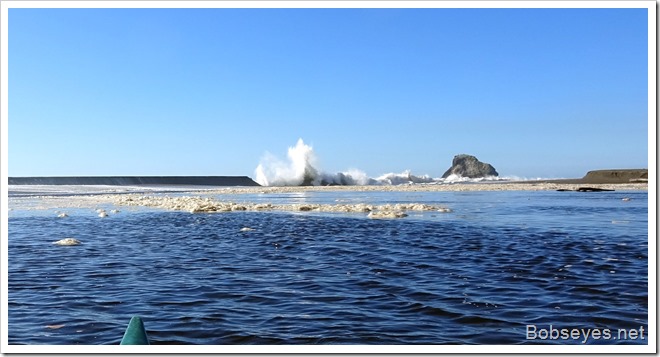 There was one big wave after another as I watched. 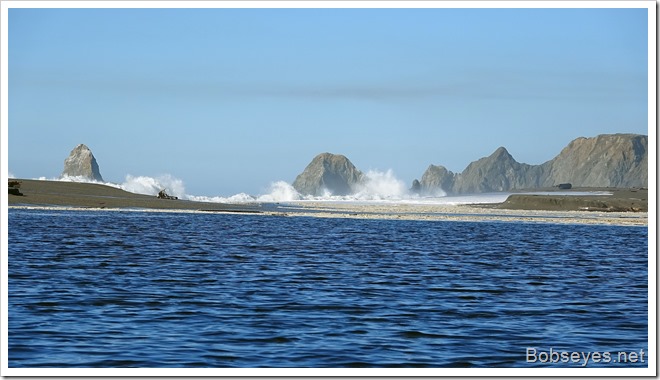 Eventually I paddled by these seals down to the end of the river just past the mouth area and looked back. 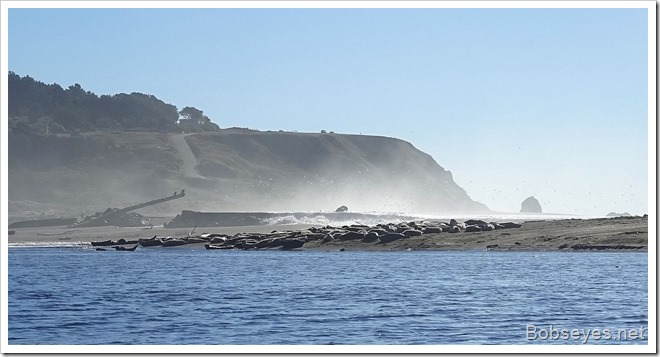 The big waves generate a lot of foam. I sat here for a bit as where the foam is there is no current so it’s easy to stay in one place without your boat drifting in a current or the wind. If there was a current or the wind the foam would move out, so when it piles up you know there isn’t any current or wind so it’s a good spot to sit for a bit. 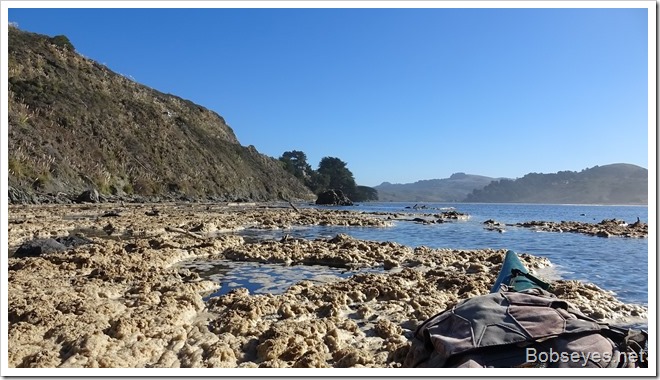 Shooting the bull with John

When I was about to leave I turned and saw John standing by his house so I paddled over to this spot in front of his house and shot the bull with him for a bit and watched the waves from here. 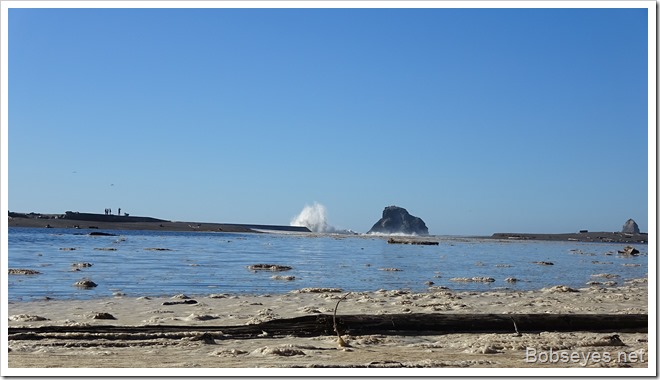 John said he was walking up to the town of Jenner where the boat ramp was so I said I’d likely see him there as I was going that way.

So I paddled off and headed over to the upper end of Penny Island to have a look around this spot for a bit before heading over to the boat ramp. 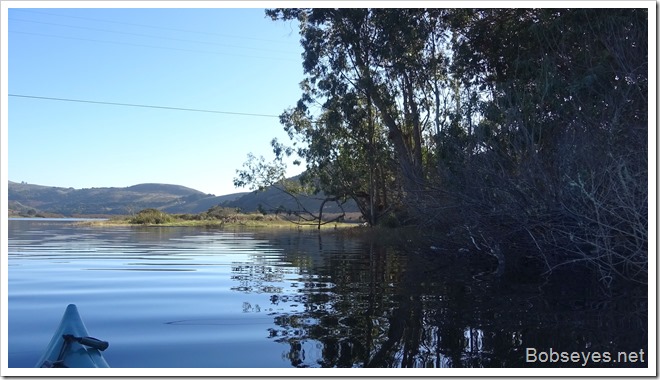 John and I tie up the boat

The boat was still there and I looked for a rope to tie it up to keep it from going out into the ocean but there wasn’t any rope. John came by and knew were there was some rope if he had a knife so I gave him my knife and shortly he returned with a piece of rope.

Here’s John tying up the boat with the rope. 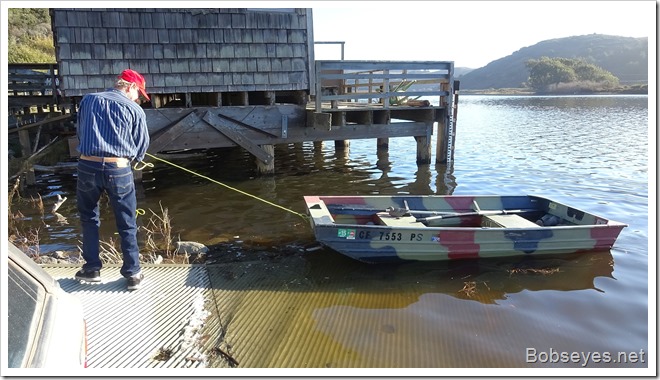 The boat has old licenses and numbers so maybe the owners will be found.

I drove on home for the day and got something to eat and a nap.

Around four I let the chickens out into the yard to graze for an hour. 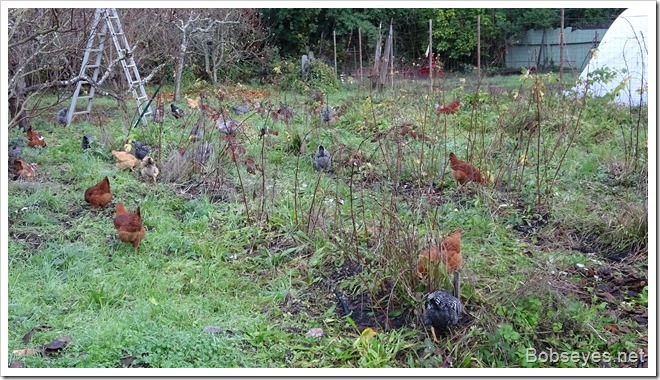 That was it for me today. Had a nice day at the river. It’s hard to believe it’s winter time around here sometimes with such nice days.

2 Responses to Big Waves Pounding the Beach, Two Eagles and a Lost Boat